G
When I looked back at Jurassic World's pterosaur attack on Main Street most recently, just to examine some things for personal stuff, I realized something that truly astounded me. Should the JW style Pteranodons and the Dimorphodons be implemented into the game at some point, something that which I know can happen, there is something that I discovered in the movie that could work very well for the game.


The Jurassic World Pterosaurs come in an abundant of colors.​
For those who may not know, there are six Cosmetic Gene options for each dinosaur, excluding the JP DLC legacy skins and Raptor Squad DLC skins for their respective dinosaurs. The JP style Pteranodons from Return to Jurassic Park are no exception to this rule. All skin options in-game, as confirmed by the Frontier community managers, are designed to appropriately fit the authenticity films and their lore settings to keep that Jurassic feel established.

Since the JP Pteranodons and JW Pteranodons will most likely be different entities from each other, as opposed to the JP style dinosaurs and Raptor Squad character skins being just having different skins and models you can choose around for your JW dinos, this I believe can be a perfect way to make the JW Pteranodons feel more special and diverse. And because they will be based on a species that already exists in-game, I can imagine them having the exact same pattern options to choose from:

And, there are colors in the film that can properly be placed in some of these six options. 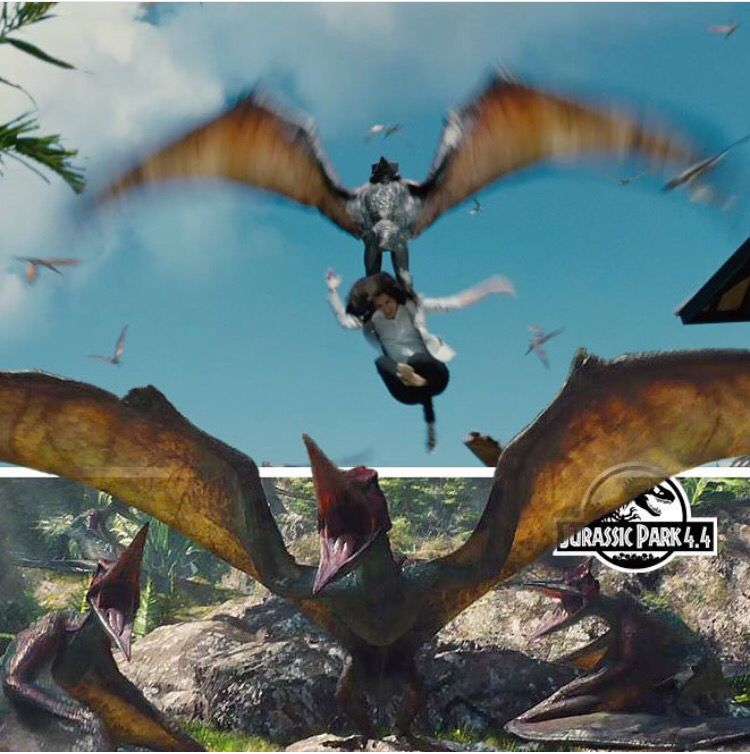 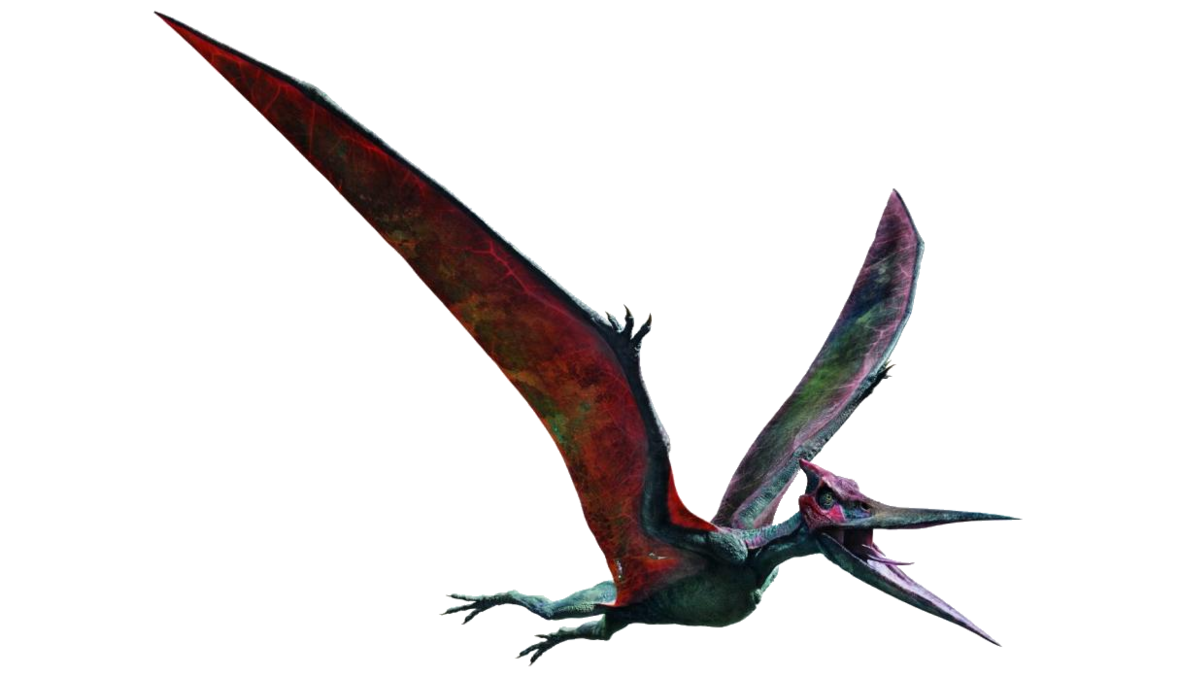 (2)
This is the most frequently seen basic coloring for the JW Pteranodons on-screen in any Jurassic World film. Red colored head on a dark grey body. The models used in Jurassic World have a variety of colored wing membranes (1). Some of them have dark tops with bright orange bottoms that will show in proper lighting, while others have mostly orange top membranes (1). In Jurassic World: Fallen Kingdom, however, their models tend to have membranes that are more red with fading out dark patterns on their tops. Because of this, I'm not sure what they would prefer for their JW style Pteranodons as the Null Gene. 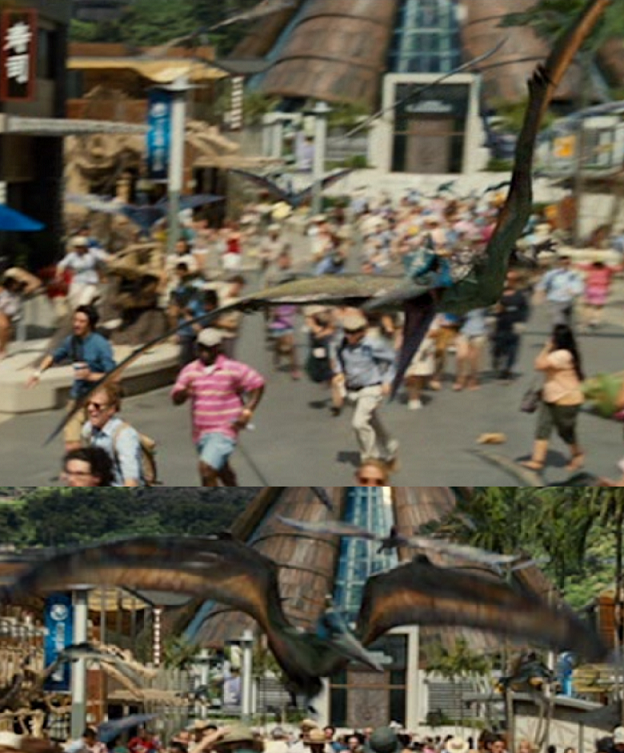 Some Pteranodons are shown to have blue colored heads and smooth dark patterns on their wing membranes. They can be seen better during the attack on Main Street. They can be used for the Rainforest Gene pattern because their eye catching colors, as stated, are blue. 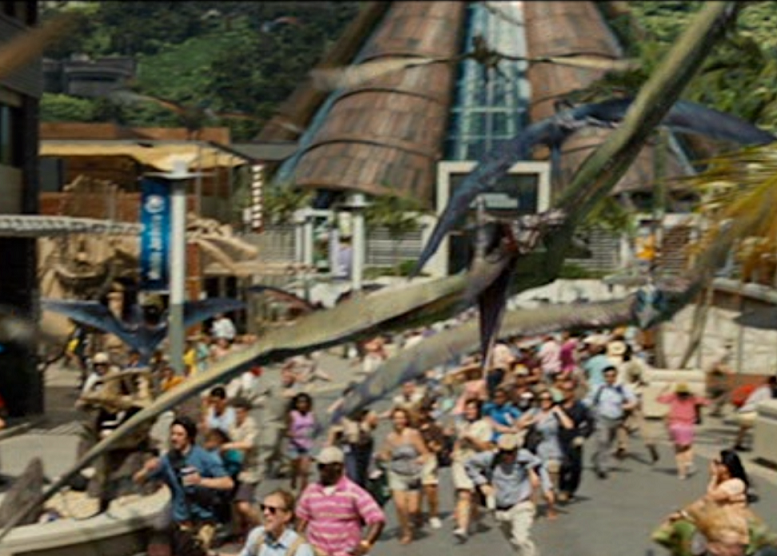 Another Pteranodon variant I noticed during the Main Street attack where there were a couple, but only one that ever gets a close enough clear camera view for a brief moment. It's body and wing membranes are mostly yellow-green, with a much darker looking head and base body. This I think can be a potential Wetland Gene cosmetic because it's body is mostly yellow-green. 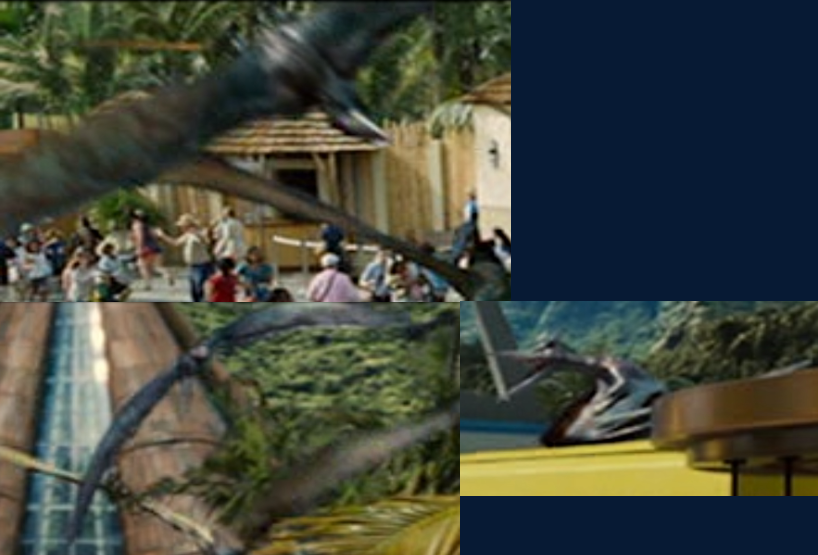 There are also a few Pteranodons in Jurassic World I realized that are mostly black-ish in color, like all around their bodies. This I think would be perfect for the Coastal Gene because of how black these individuals in the film are.
​
In addition to the on-screen Pteranodons, there is also a model artwork piece from the viral in-universe Jurassic World website, with a body that's mostly grey in color, as you can see bellow. I can suggest this to be the Alpine Gene because it's so grey, but my only problem with this is the head of this individual from the website retains that iconic red colored head as they primarily do throughout the JW trilogy saga, while all the others above have multiple variations of colored heads. 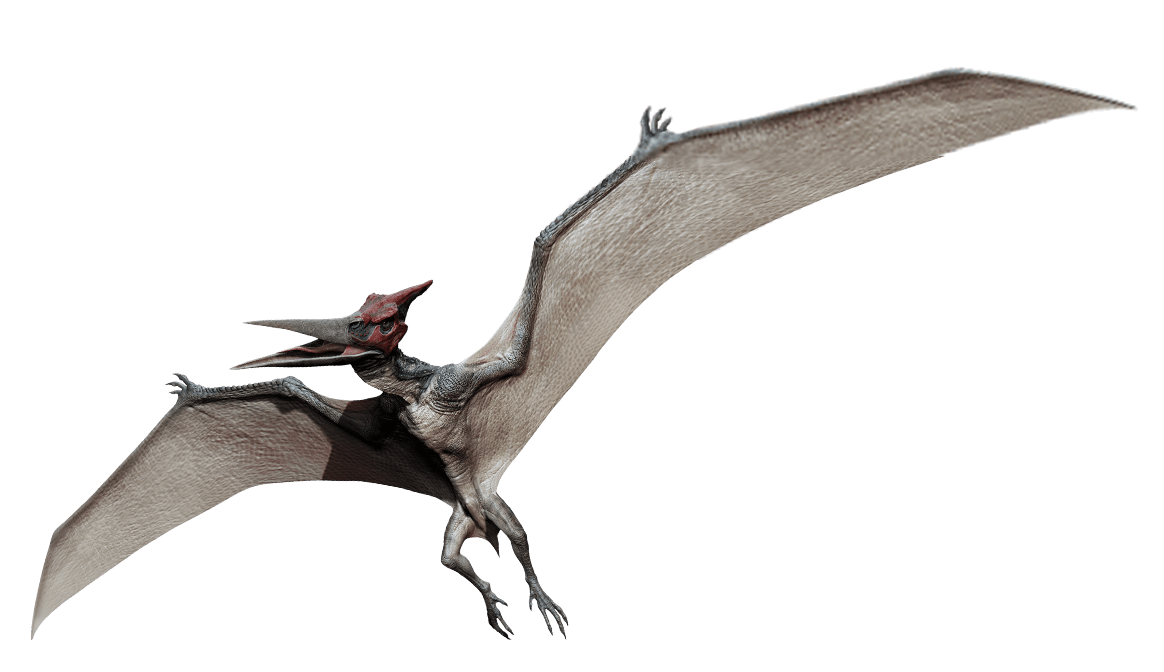 The Dimorphodons in Jurassic World I realized also come in different colors. 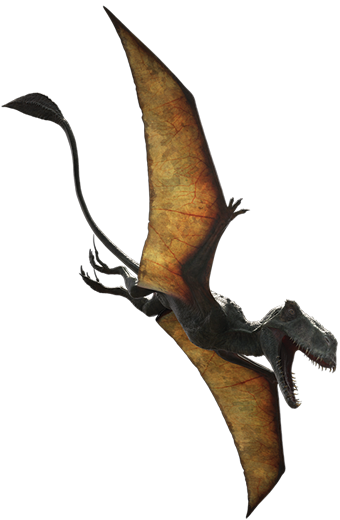 This is the CGI model used as the primary basic appearance for these "birds" in the film; dark green with bright orange under their wing membranes.

But these ones here, on-screen, you will notice some differences in these individuals. They are still green, sure, but one to the left has a more pale green coloring all around its body and under the skin if its wings, and the one to the right is darker green all over.
​
This one below is the model artwork used in the viral in-universe website, where it is more pale than any of the others above, mostly on the wings. I don't know if it was used on screen, but if it is still something established in the lore of this series. 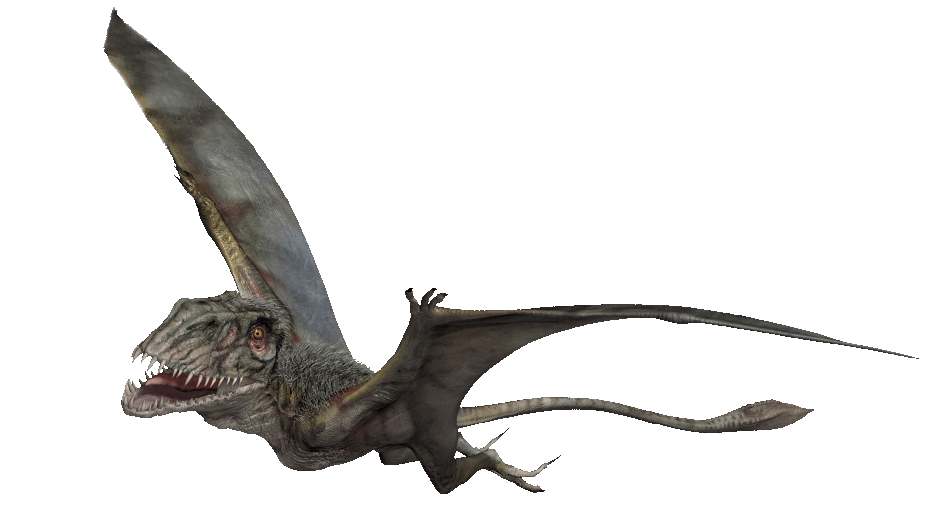 So, if these two pterosaurs are to be implemented in Jurassic World Evolution at some point, which I know can happen, these could potentially be fantastic choices for the cosmetic gene system for them, as references for such are already in the films themselves (and maybe the in-universe website), something that this game is highly specialized in, element wise. Now, they could already be working on something like this as I speak, but I still think it's worth sharing, whether or not they are doing it now.
Last edited: Mar 18, 2020

B
I've been hopeful, but not too optimistic that we'll get the JW aviary and one or both of these in a free update closer to summer, so more Pterosaur DLC's could come in the future.

BladeofBloodclan said:
I've been hopeful, but not too optimistic that we'll get the JW aviary and one or both of these in a free update closer to summer, so more Pterosaur DLC's could come in the future.
Click to expand...

You know, I do believe the JW aviary, JW Pternodons and Dimorphodons will be implemented at some point. If they do, like I currently know so, it's just a matter of how and when. They could do it for a free update, but if I had to make a good guess, I currently feel the best bet for them is through a big DLC.

B
I've been holding onto hope that it'll be the JW story pack, we still need Microceratus & JW decor too, and I think they have the perfect opportunity to implement all these things, alongside the new skins for Pteranodon, Baryonyx Parasaur... etc this summer. Possibly even under the guidance of Mr. Masarani and Hoskins as we return to nublar, cleaning up the parks to prepare for JW. This would give the perfect chance to bring in the new aviary, Dimorphodon, and remote incubation too.

BladeofBloodclan said:
I've been holding onto hope that it'll be the JW story pack, we still need Microceratus & JW decor too, and I think they have the perfect opportunity to implement all these things, alongside the new skins for Pteranodon, Baryonyx Parasaur... etc this summer. Possibly even under the guidance of Mr. Masarani and Hoskins as we return to nublar, cleaning up the parks to prepare for JW. This would give the perfect chance to bring in the new aviary, Dimorphodon, and remote incubation too.
Click to expand...

There is a concept plan idea thread I did make after Return to Jurassic Park's release where both pterosaurs, tiny dinosaur interacting attractions, and aquatic reptile lagoons would be better of all together, but as part of the main campaign, only so there is more depth and length at the same time and not having them separated in any way imaginable to make things feels so contrived in any way of just throwing stuff out there like that.

Through my observations, big DLCs take many many months for completion. With three ideas of that kind in mind, it kinda feels a little arbitrary to a part of me for each and every one of them to have a separate DLC, combined with rumors I hear that it would be until sometime in 2021 when this...