I've devoted myself to leaking info and footage from Arti's best kept secret.. the QVP!
The Park's concept was planned out over 3 years ago, and over time became more and more complex.

Not a single pic or video online, until i came along, hehe!


I live nearby the construction site,
when i first heard from a neighbour how someone acquired a large heap of old farmland in the valley, i wasn't sure whether i liked it or not.
Not the first park in the valley, there once was a small (tiny) Zoo on a part of the obtained property.
Needless to say, it failed in drawing in enough visitors to even feed the animals,
supposedly (just a rumour) the owner fled the country, cause he had a warrant on him for animal cruelty.
But that's a long time ago and all around the valley the cities have flourished.
They sure know what they are doing, those new Landlords.
But who am i even talking about? I'll tell you.

So after i heard the news i tried to find out more and turns out the new owner is 'AA industries'.
At first i thought they are planning to build a new factory, they are quite big in the entertainment technology sector.
Boy was i surprised when i found out they are actually building a theme park!


This is what i found so far, this seems to be some internal promotional stuff, probably for investors or somethin' like that. 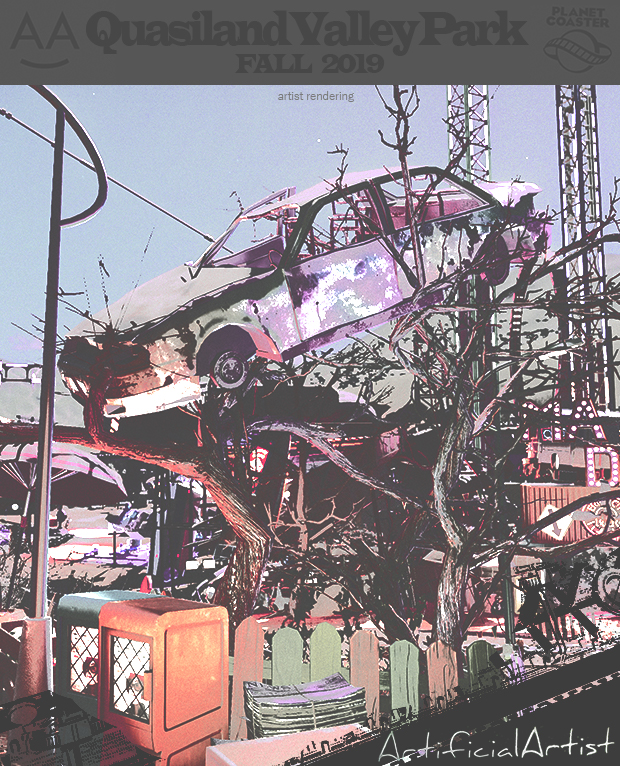 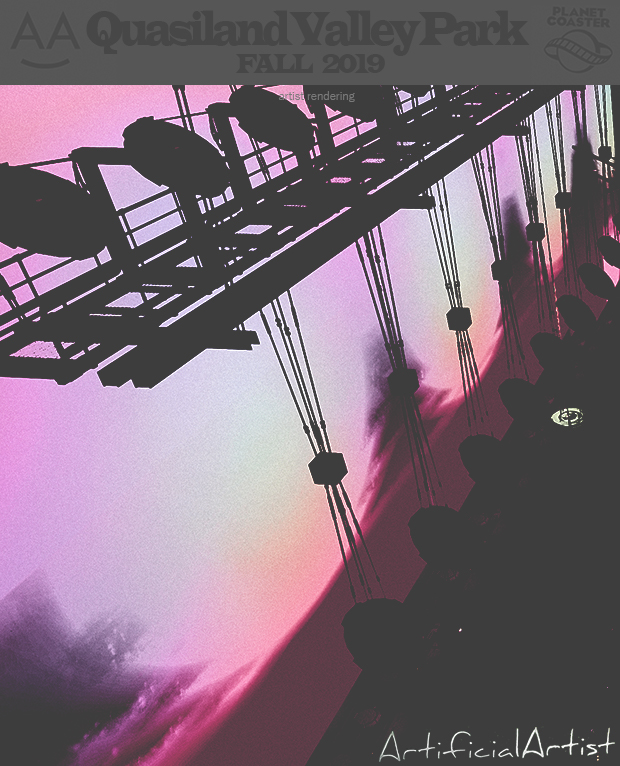 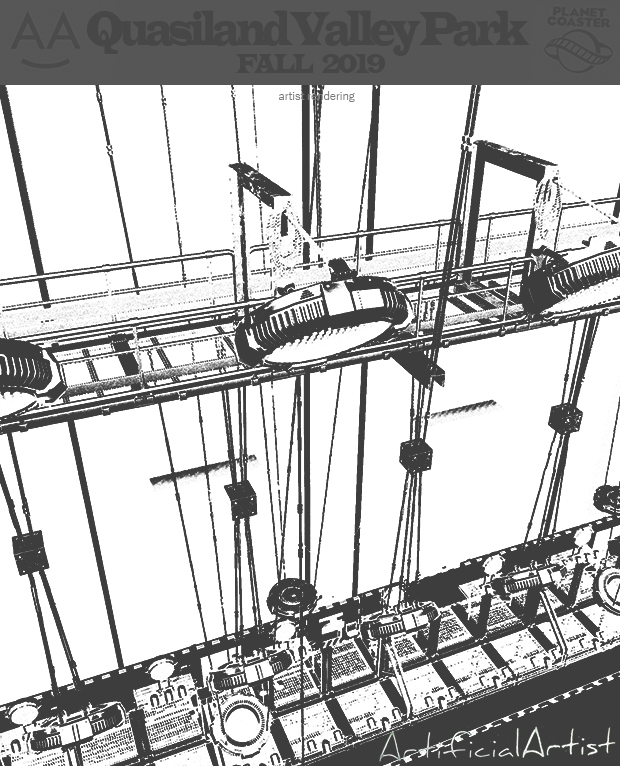 Next time i'll (try) to sneak on the property and make some photos,
though there's not much to see yet,
when i look at the concept art it does look like it's gonna be epic!
But let's hope i won't get into trouble, they have tight security and so far kept all info under wraps.
There's hardly anything available, at least officially.
I might have a great source on the Inside,
or maybe i don't, but if they'd ask, i found it in the trash.

Disclaimer: This is a fictional thread, formulated around a long-term park project of mine (ArtificialArtist).

Ummmmm..... this is a PlanCo park in the making, why was this thread moved to Real World Parks / off Topic????

I'll take this as a compliment,
but it's NOT a real world theme park, it's a Planet Coaster project with fictional narration as described in the original post.
Please move it back to its original sub-forum, it does NOT belong into off-topic. Thank you.
Last edited: Apr 17, 2019

From the description you gave this sounded like a local park near where you live. Is this a park in Planet coaster? Thats why it was move to Off topic - Real world parks. Please let me know and I will be more than happy to move it back.
Heather

Thanks Heather,
I really wouldn't mind it to be a real park, you'd have a hard time getting me out there, but this is all about a Planet Coaster creation.
..With a pinch of roleplay involved x)

ok..thanks for responding. I will move the thread back.

Ok i was able to sneak on the premises and take a small tour.... until Security caught me.

Nonetheless, they wiped my camera's card, but i know a thing or two about dataloss..

sooo, without further ado, here's some of the snaps: 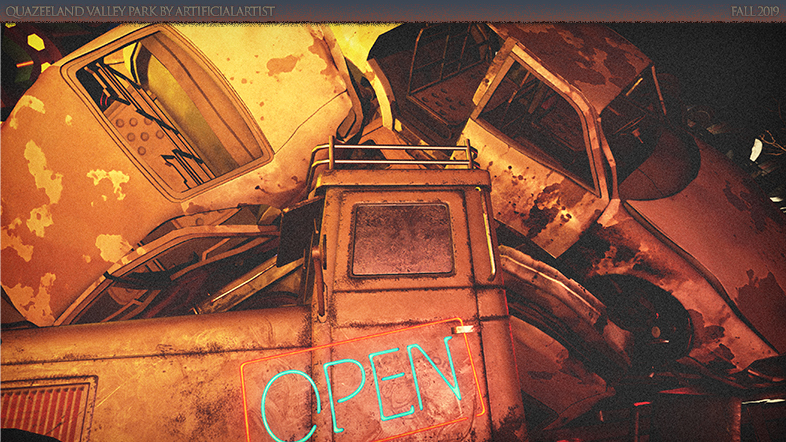 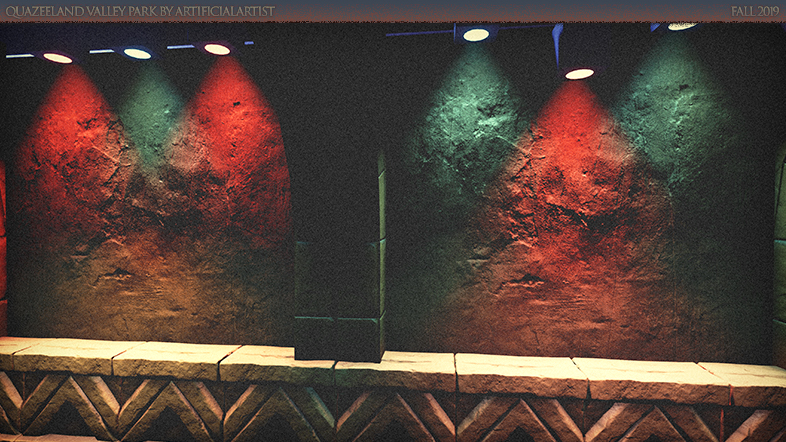 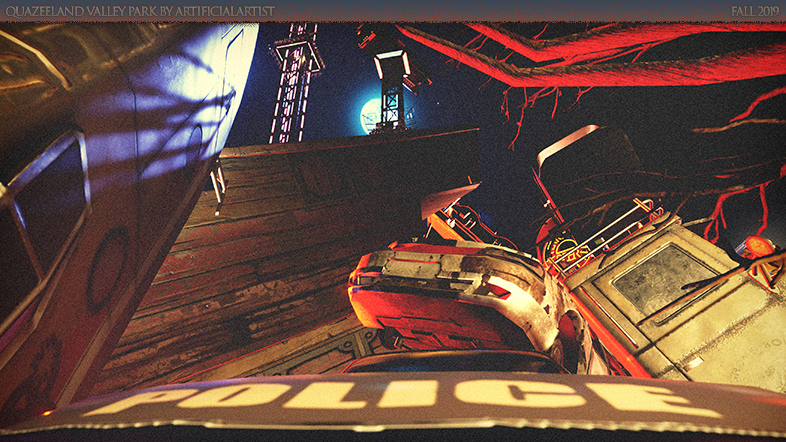 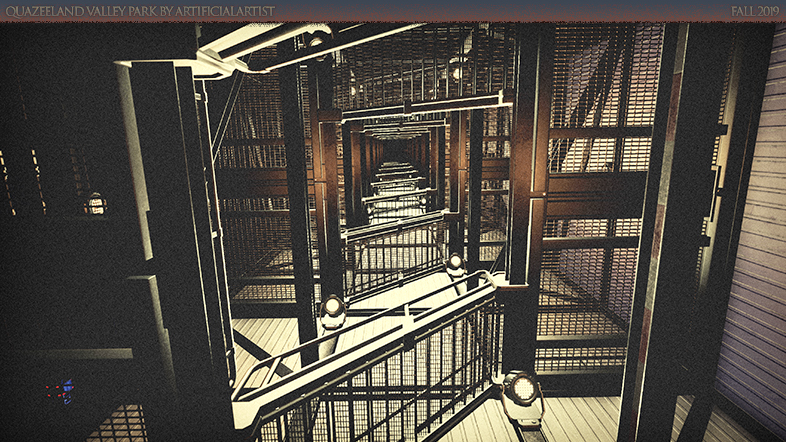 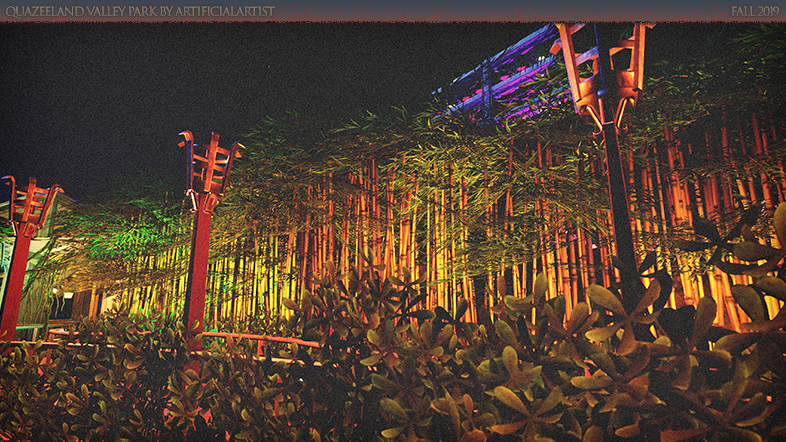 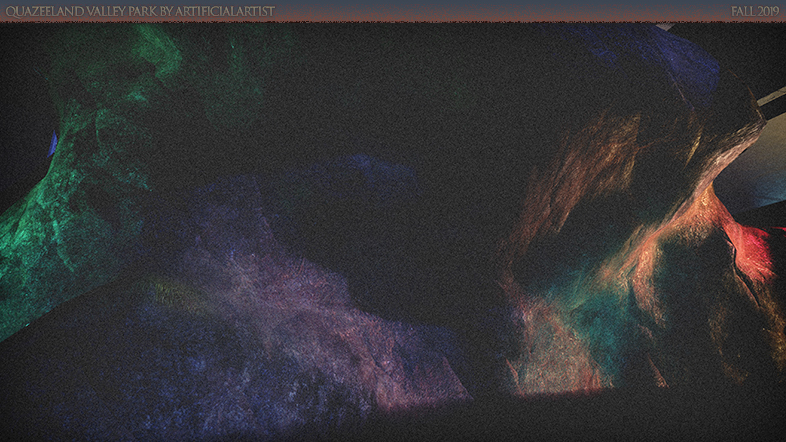 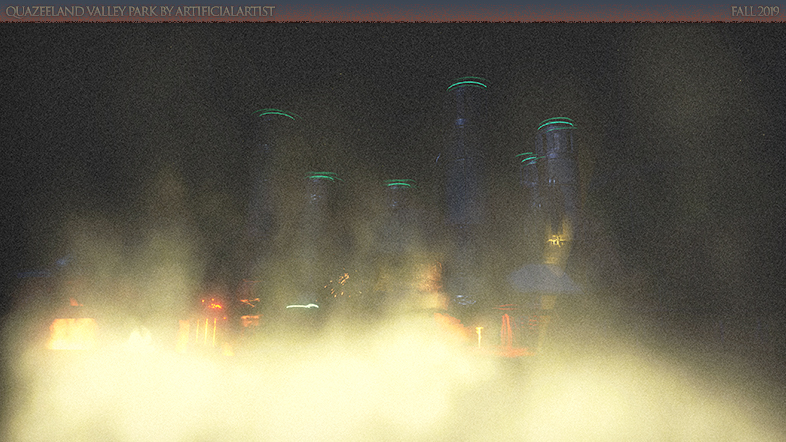 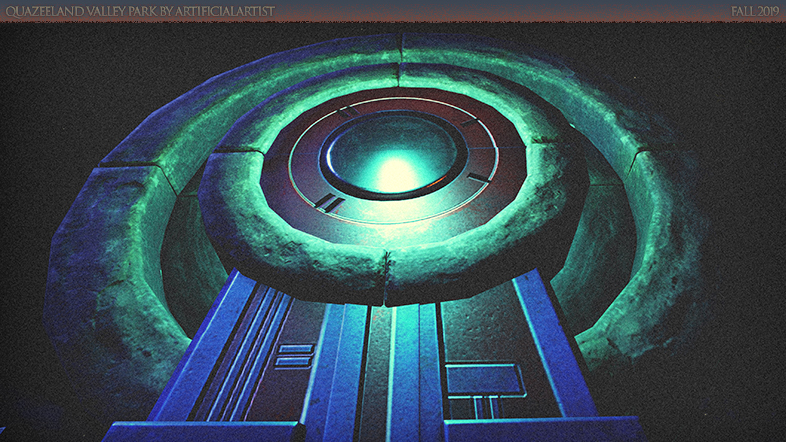 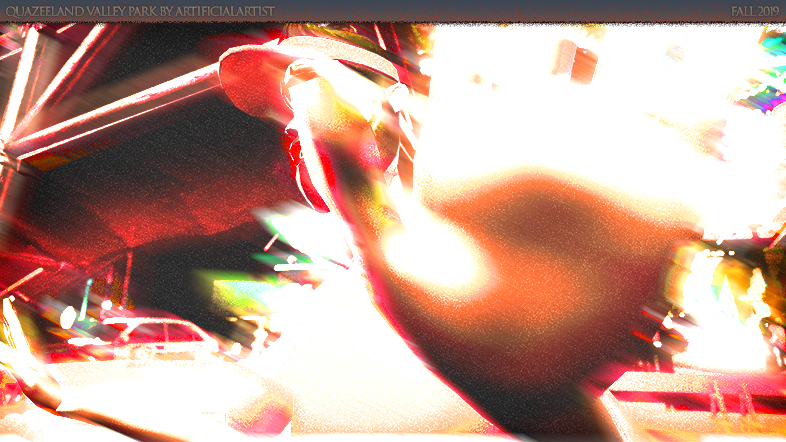 This is what i could scoop up so far:

The park will supposedly feature more than 4 AAA attractions, according to my source (and she had to reassure me twice) the name has nothing to do with
African Villages or Safaries. BUT, and that's where it gets interesting, because when i walked around in that particular area i was wondering about all the scrap that was stacked all over the place. That, (gotta hear a drumroll, cause this is the crassest leak everrr) will become a themed area called..... The Wasteland (!!!!!!)
It's gonna be big and epic i was told. There's gonna be 2 major story-heavy rides and a themed roller coaster. But that's not all, as much as my sourxe gave away,
there was still a smirk on that face, as if that was just the tip of the Iceberg....

Hm, so the other themes are not as clear to me right now, but i guess (and when i look at the building site for the Wasteland i don't worry about that at all) they know what they are doing. I mean look at the promoshot below. No matter the themes, i can hardly wait to finally wander and ride through the park! 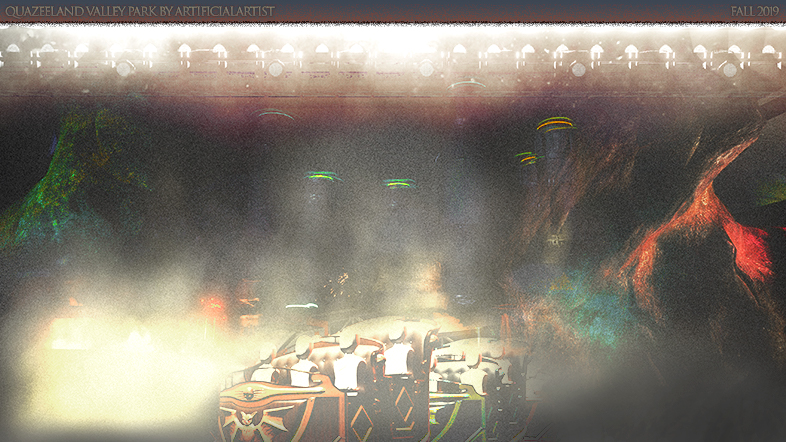 Found these in my inbox, of course i have no idea where they come from... 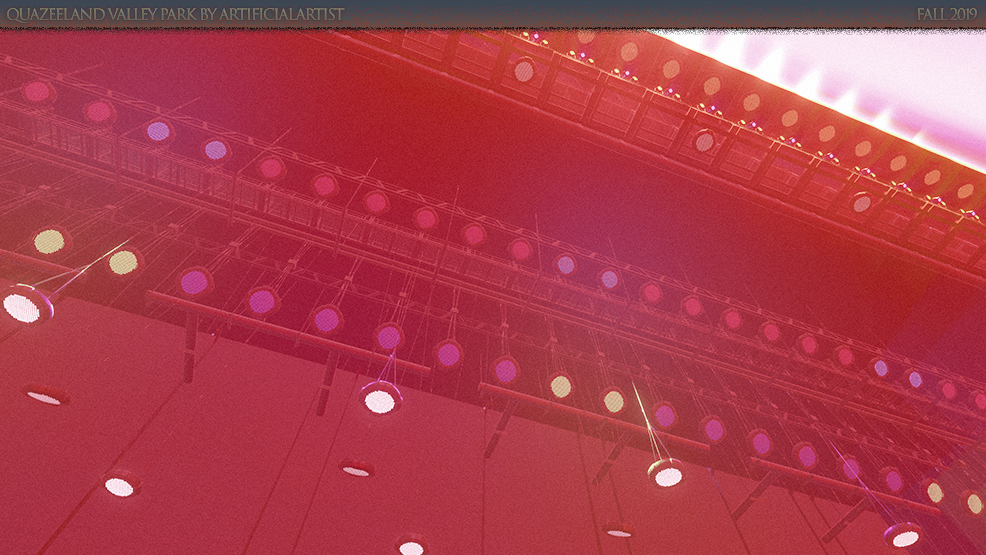 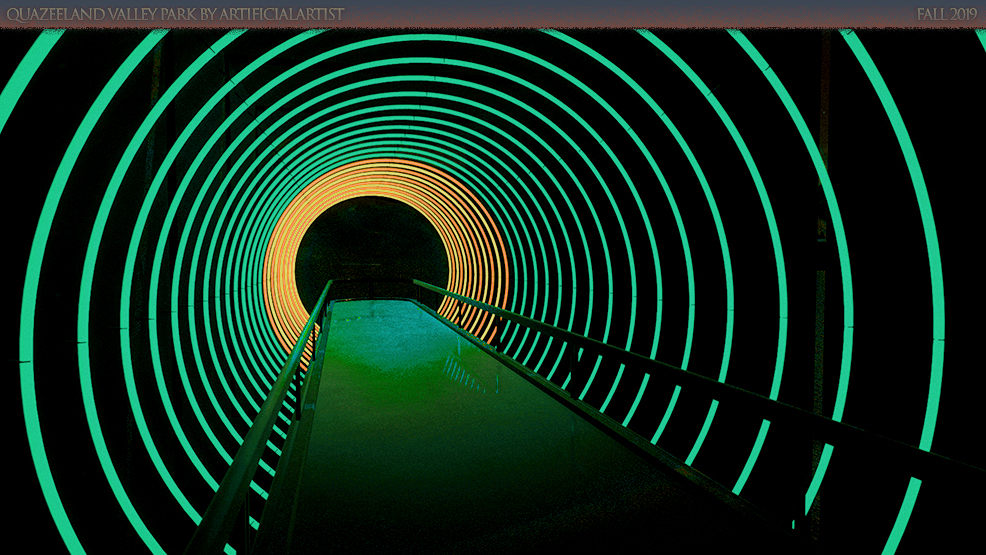 I like your Neon Objects, but currrently I don't like this park really, because of your pictures. I really can't imagine, what is in the park. You take great artistic pictures, but you should have in mind, that all the illussion will gone, when you make your first In-Game-Video without any photoshoped effects. I'm curious, how this "park" will going on.

Thank you! And Thanks for sharing your opinion.
(Danke auch für die konstruktive "kritik")

Good to know, that's actually exactly what i wanted to tickle, the illusion.
But the unfiltered reality will not disappoint, for now you'll just have to take my word for it.

There's still some surprises coming. So far it's only been the tip of the iceberg.

Is this actually first footage from inside the park?
Are the curtains lifting?
What's this all about?

This new Speedbuild series (by the guy who's writing this post)
is certainly one not to miss! (says the author)

T
I would like some clarification on what the heck this is, please.

The NEW CraneDude said:
I would like some clarification on what the heck this is, please.
Click to expand...

It was a PlanCo long-term theme park project i had been working on.

T
ok i knew that but is it cancelled and could you post some screenies?

The NEW CraneDude said:
ok i knew that but is it cancelled and could you post some screenies?
Click to expand...

It's not cancelled, not at all.

But it's a park filled with unique ideas, concepts and incredible detail.
I've shared a lot of PlanCo content over time, both TMTK and blueprints, all these items
(among many more that aren't publicly available, yet)
are used in the park and built specifically for designs and ideas i'm playing around with.
Back when i did the "groundbreaking" for the park, in dec. 2017 i couldn't enjoy
the time i had available to work on it. As afterwards my life turned upside down.
And up until early this year there were a lot of dramatic situations i had to deal with in RL.
(and that's still a big understatement)

The pictures i posted so far, they do incorporate a lot of hints on what you can expect to see eventually.
BUT for now, i just want to have fun with it and not pressure myself by putting screenshots out there.

Instead of screens, i'm going to highlight the music of the park for now.

To say it like a politician:
It's not just another PlanCo park, it's a place of high-quality entertainment, within Planet Coaster.

These themes and song pieces will play a dominant part in the park's rides and ambience concepts,
and they represent only a fraction of all the music involved in the ride designs, or area themes per say.

It will be a one-of-a-kind experience. But for now you'll need to take my word for it


tl/dr (or whatever it's called)

It's not cancelled. Screens and videos will not be posted in the near future, though.
Please allow me to enjoy the building process without time restraints and pressure.
Thanks for your understanding!

Ok, here are some unfiltered screenshots from the park project.

Shot 1 shows one of the food stalls that are part of a themed area i will soon lift the curtain on finally,

The other screenshots show the ABACA ride, a highly themed and sophisticated ride that will sit on top of a mountain range.
The ABACA screenshots have been taken from the workshop-ready rideskin i made for you, the rest of the area will not be shown until after the curtain has been lifted.
ABACA is short for Air Balloon Carnage, a ride that i have been working on over the course of a few months. It's available in the Workshop now!
Check it out and subscribe to it! it's a fun ride for almost every park environment and it will surely tickle your guests' senses! 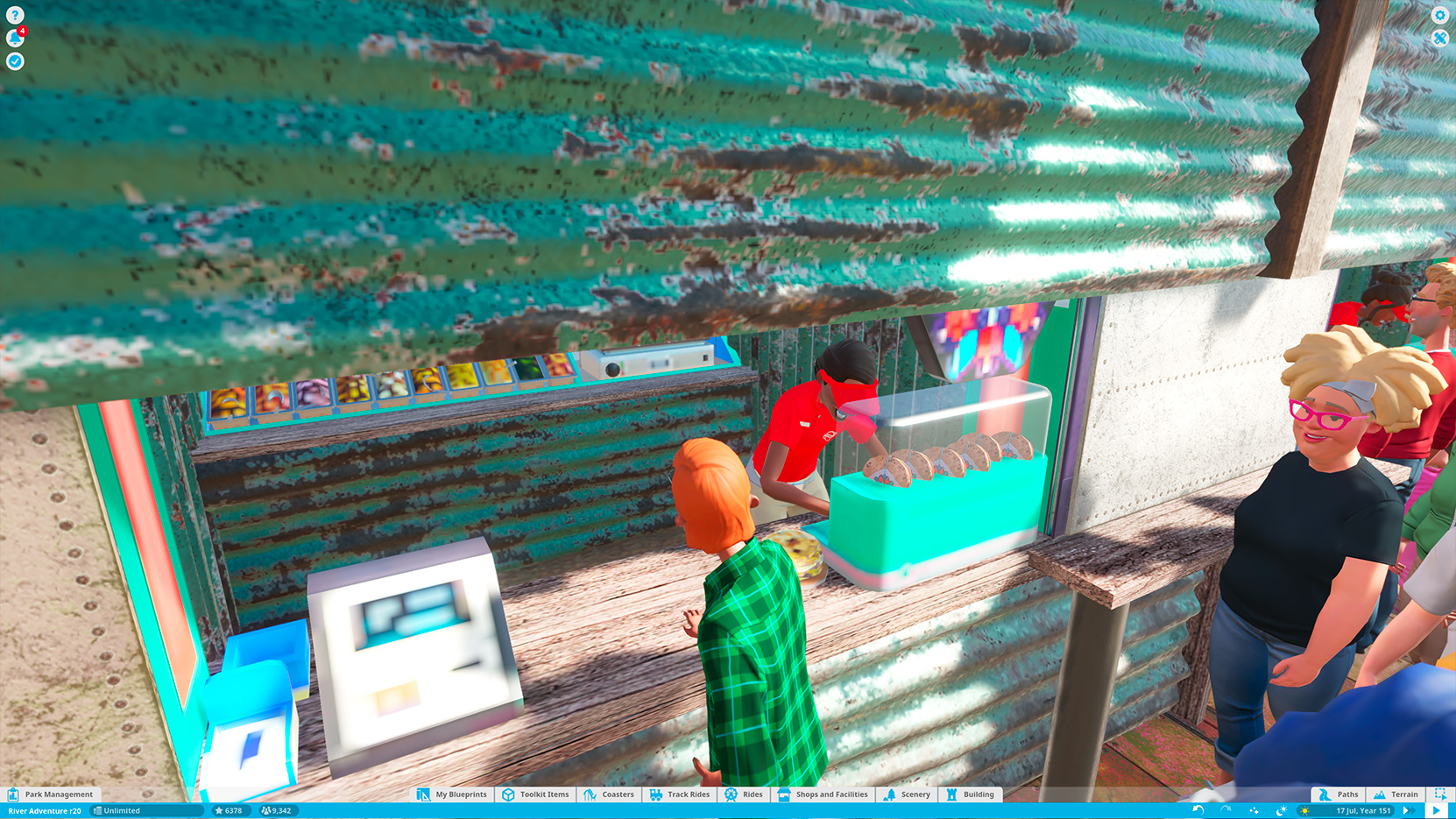 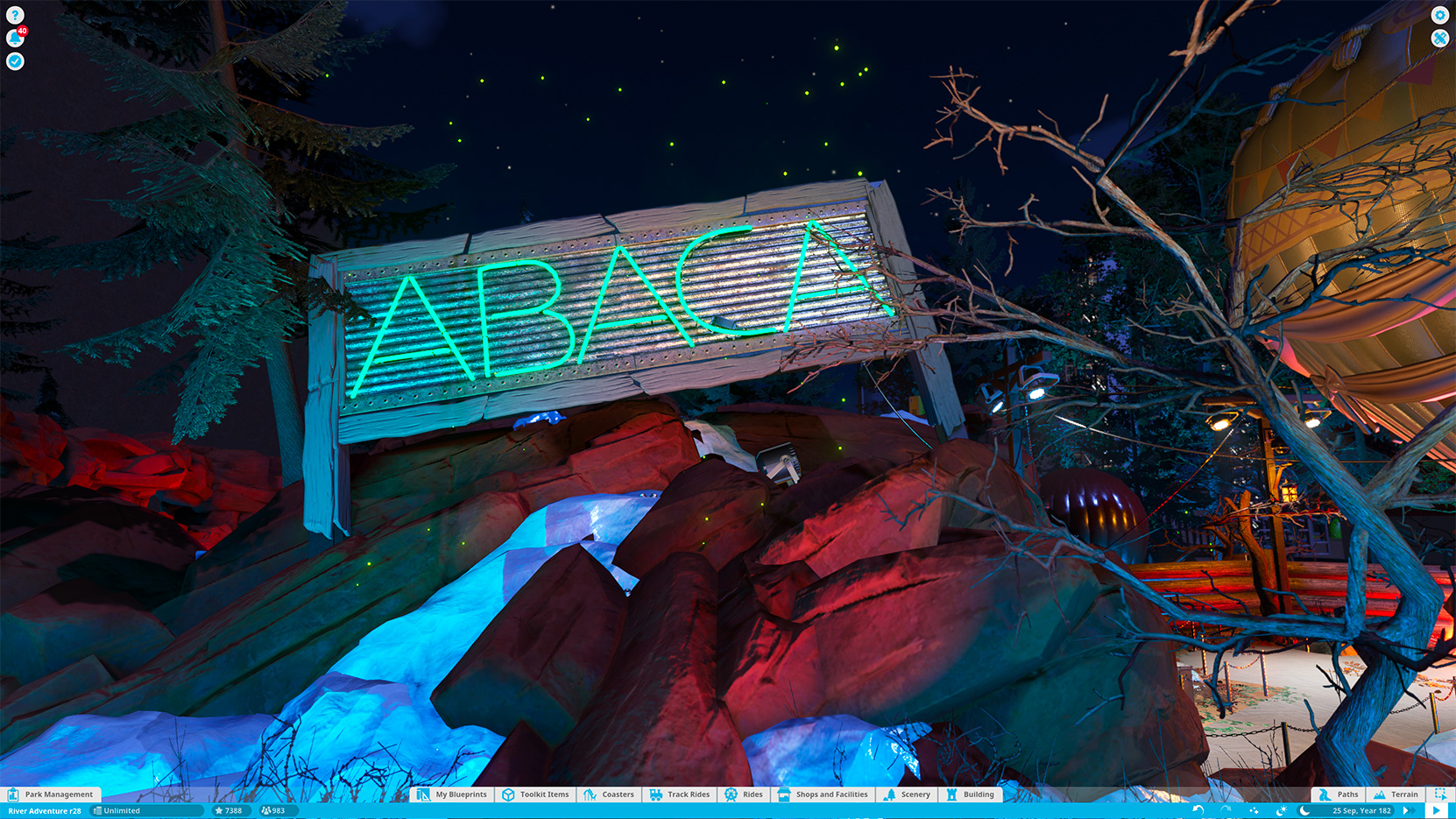 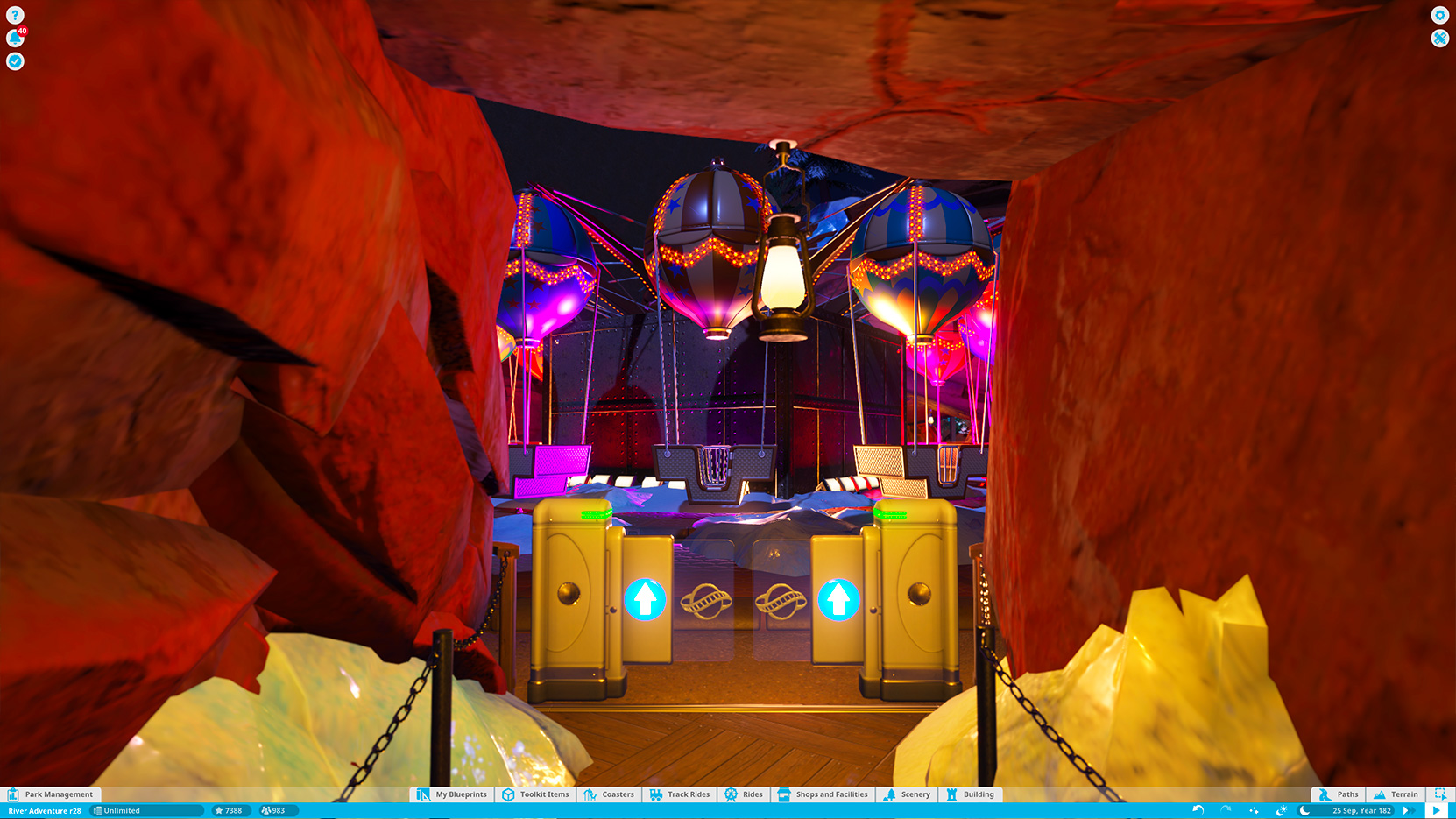 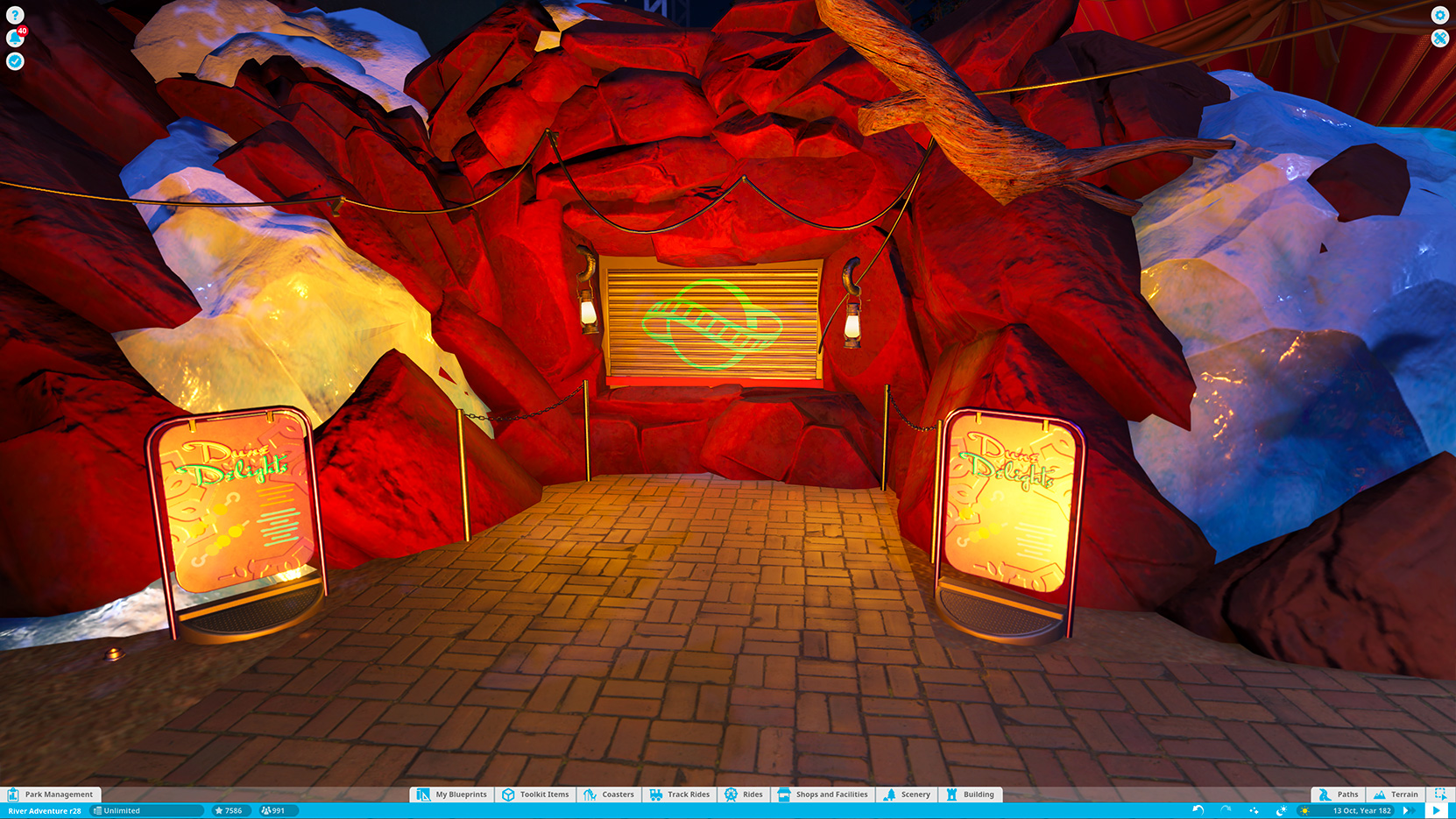 Another older beauty shot from 2018, this is a view from inside the Alumi Varga, it's located at the exit area of one of the E-ticket rides in the park.
Can you guess what type of ride it might be? A correct answer will spawn a screenshot of the ride.
(it's still under construction, don't expect too much from the screenshot. Groundbreaking was in early 2017, but i have attended to other areas in the park preferedly) 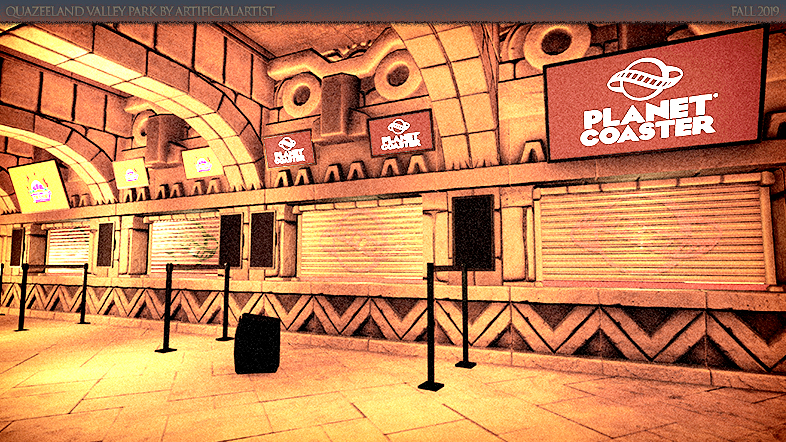 Decided to open a new wip-thread for pictures and screenshots, this one feels a bit hijacked and i just want to post some progress instead, the roleplaying part seems to have
been misunderstood, i was trying to bring a different angle to the presentation, to go from the perspective of a theme park coasterhead. Didn't work so well i guess.

Let's do the simple approach.
Screenshots, old and new, can be seen HERE