The Strange Story of Holly Sanders...

So, I took my favorite Eagle and went to V886 something, a white dwarf near Jameson, because I'd found out that the sky in a system with such a star can be pretty pretty. Not black, but full of light. As I arrived, I noticed something called Misty River Estate, and because I'm on the lookout for a summer cottage with a shipyard, well, the name sounded just right. 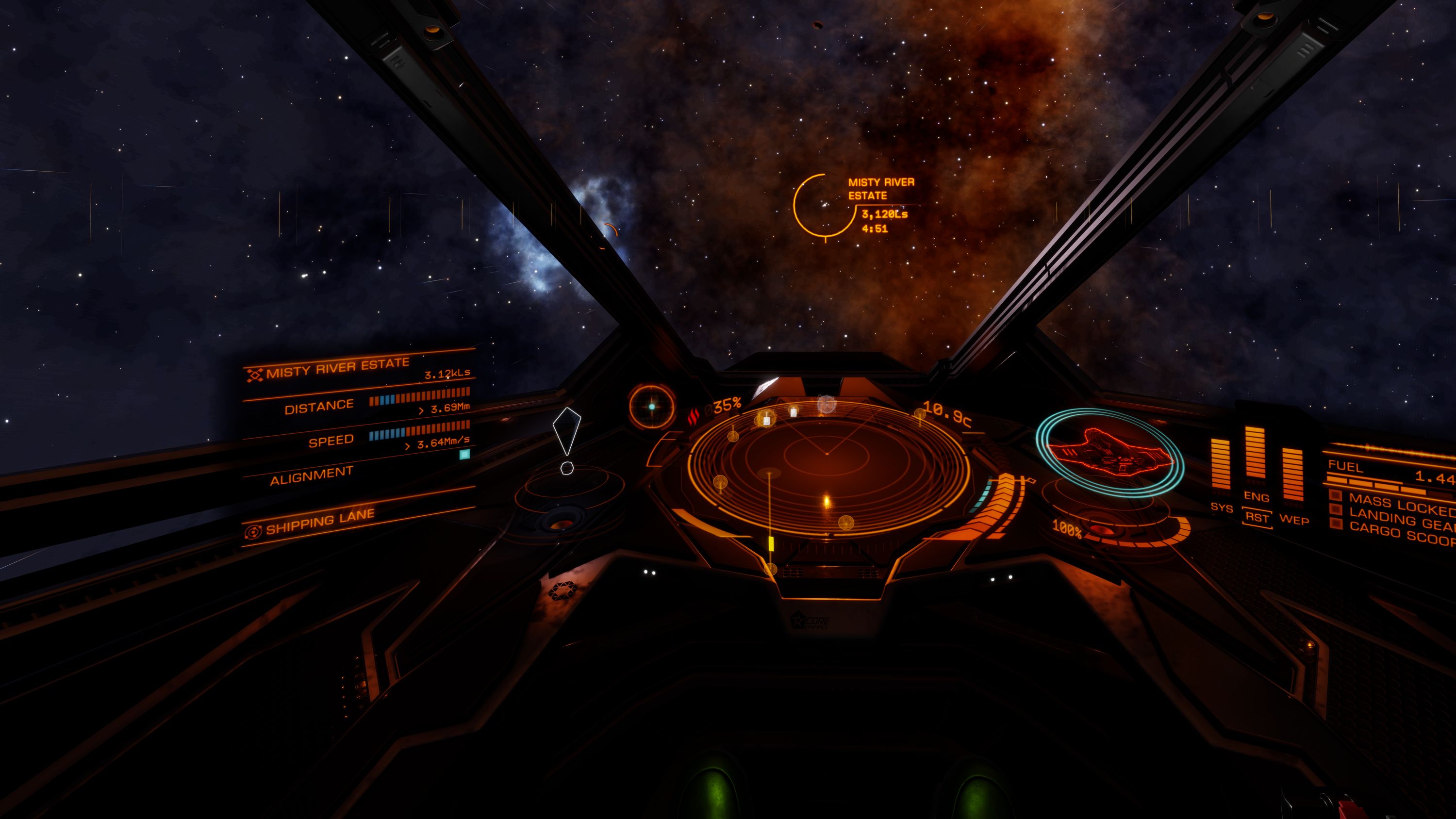 It looked even more beautiful on approach: 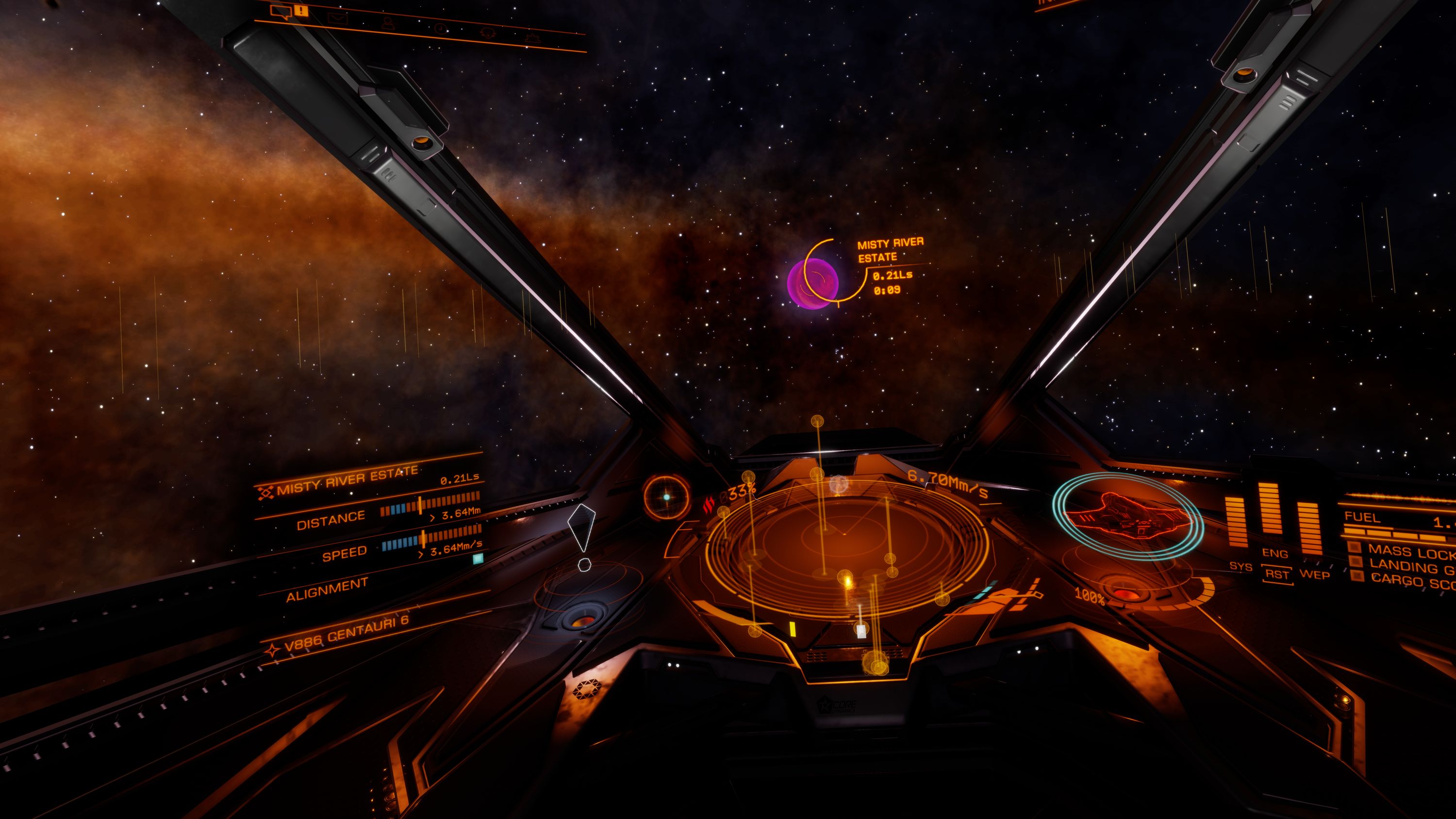 Unfortunately, I din't find any accommodation 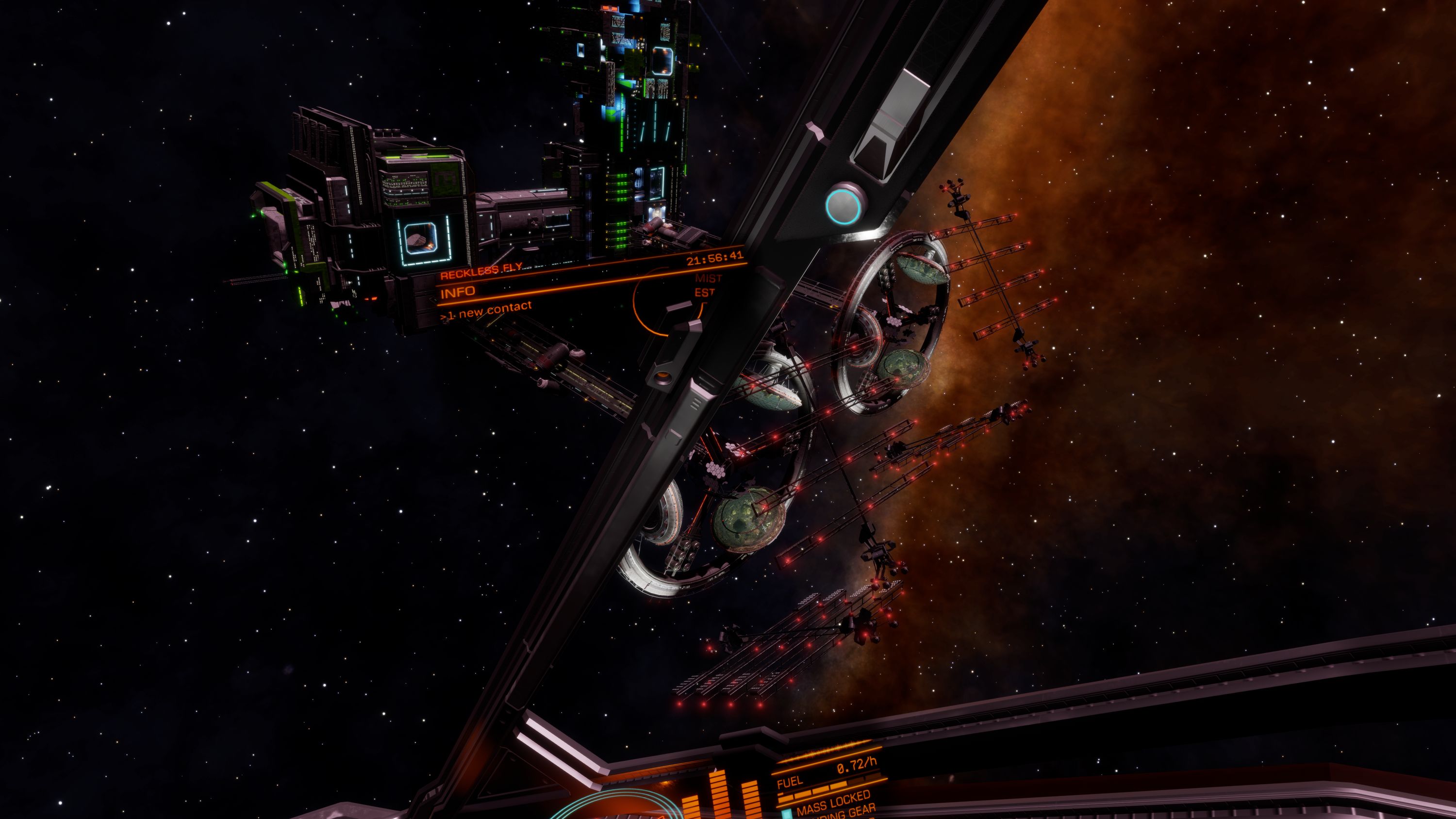 There were spaceships dropping in and out close to the big thingy, and when I scanned those, I got one of those blue messages about encoded stuff. On the other hand I hadn't seen those greenhouses before except for pictures, so I went closer to have a look 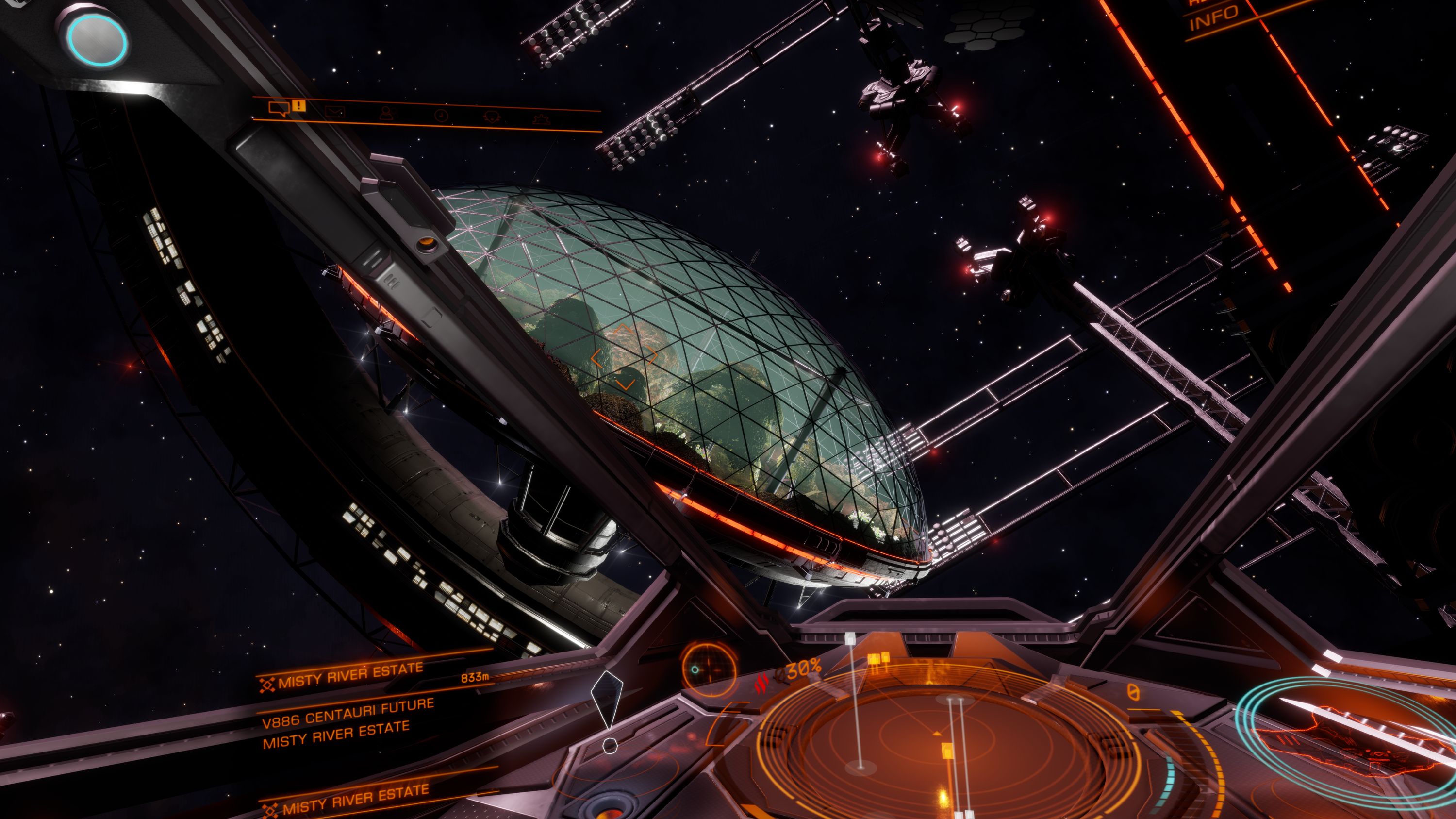 Then I noticed a signal from a Sidewinder that seemed to come from inside the large thingy, but when I turned around the corner I found poor CMDR Holly Sanders stuck to some sort of giant magneto 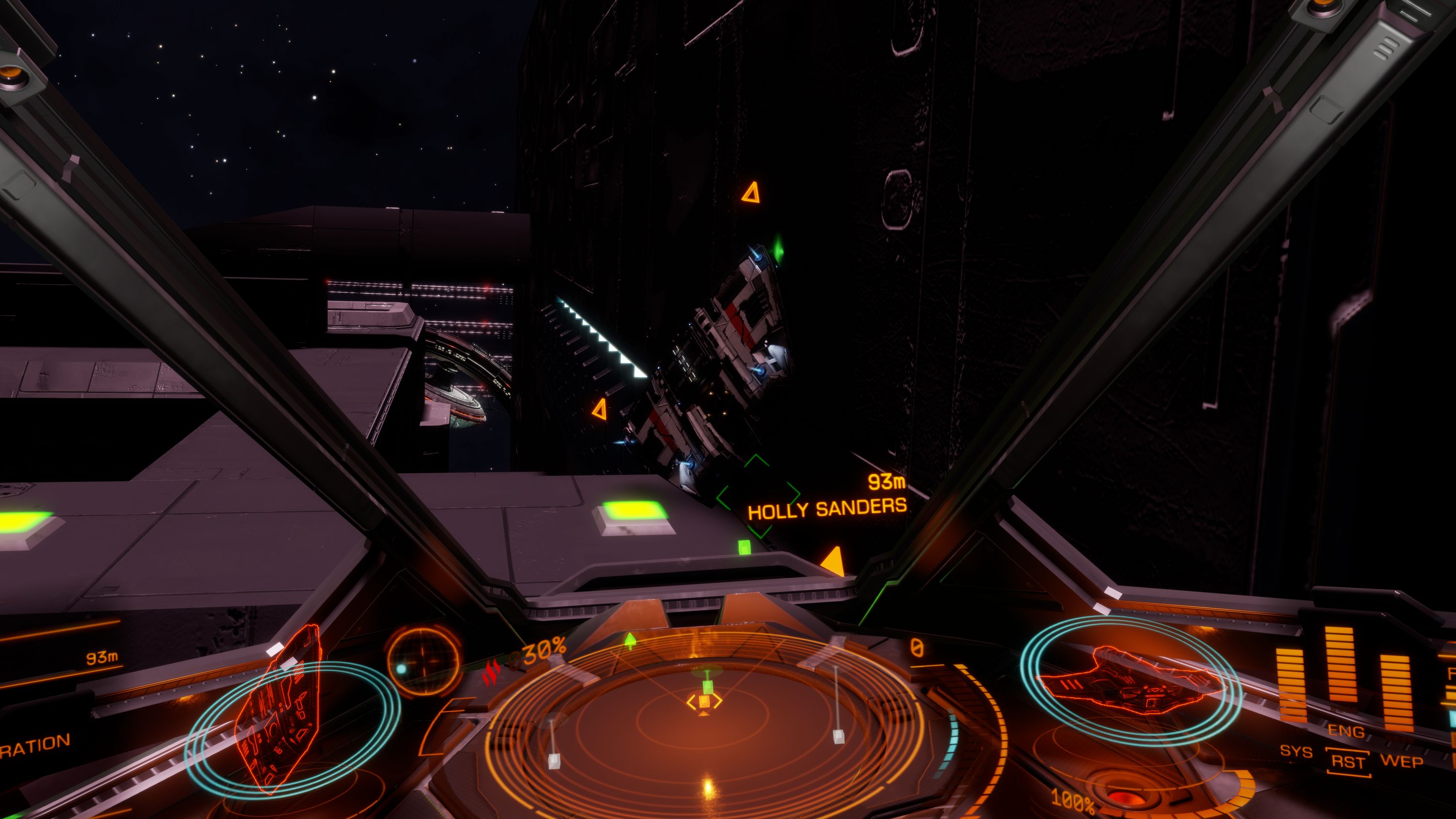 If I had brought weapons I could have exploded her, but I didn't, so instead I decided to try and give her a push, with those Dirty Drag Enhanced Performers, u know 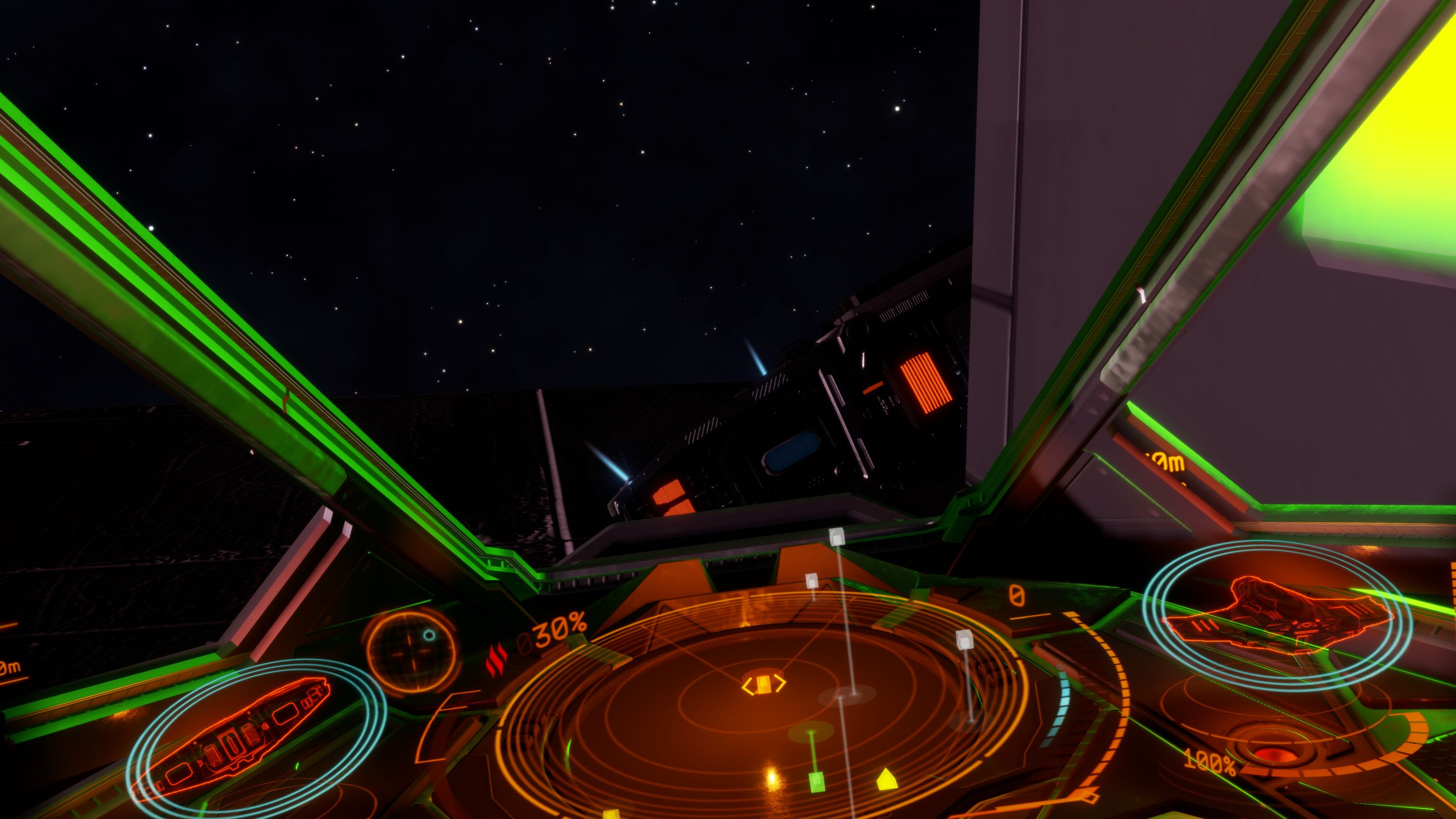 Lo and behold! I actually managed to squeeze her around the corner, but then she was stuck there After a few bumps from the other side, and a few more here and there, suddenly that Sidewinder got back alive 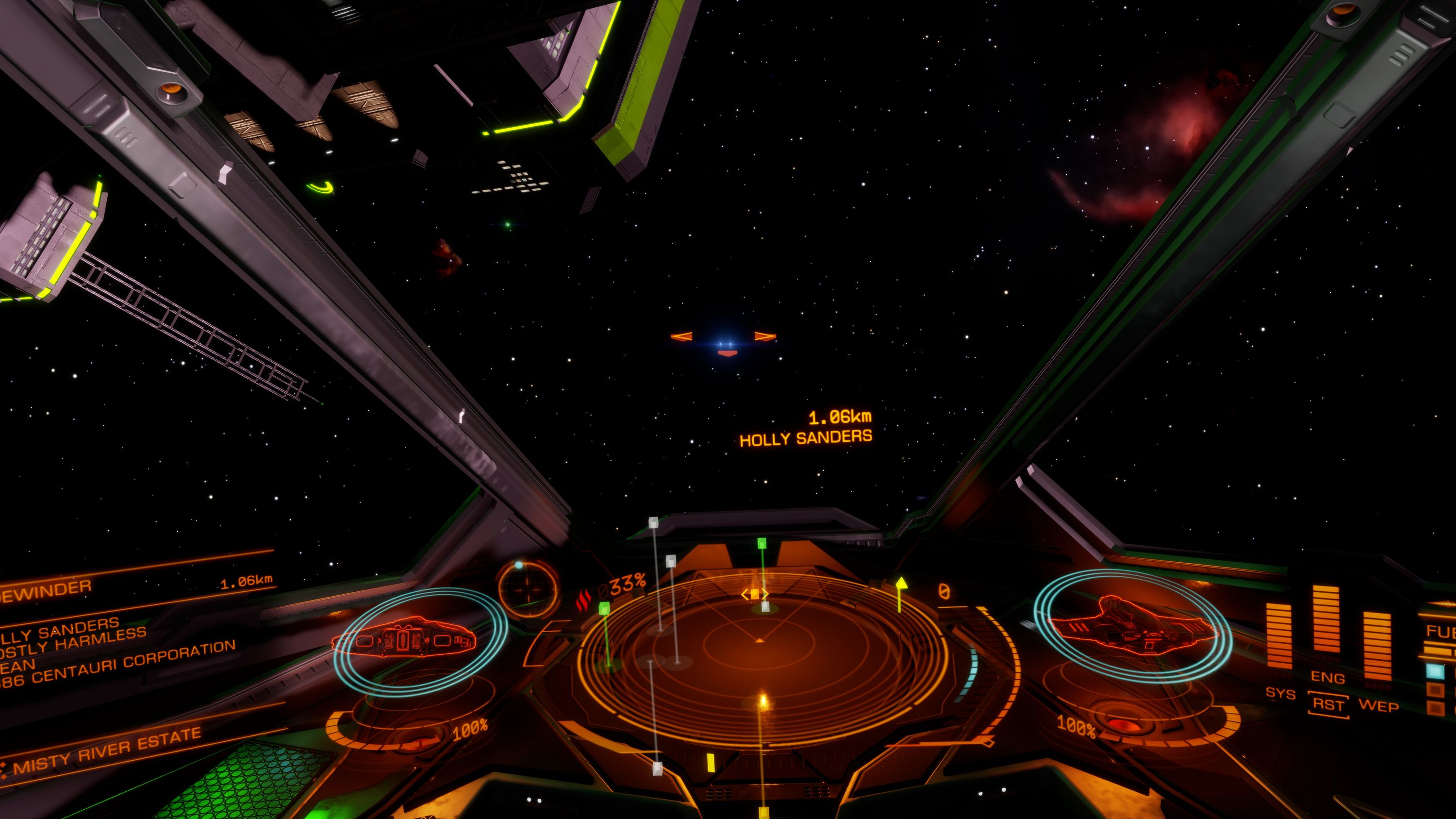 The moral of the story: Even a Martian can feel empathy towards an NPC locked up by some odd AI loop. #JusticeForTay

I have a habit of trying to rescue any pilots I find stuck in the architecture, or traffic-jammed in a station's docking bay. Just can't help myself

Nice to see someone out there helping if you get stuck along the way
Had 3 ASPs stuck in the Jameson Memorial mailslot the other day until a NPC T9 decided to "clear the way" the other day.
You must log in or register to reply here.
Share:
Facebook Twitter Reddit WhatsApp Email Share Link
Top Bottom