The Tale of Lumi the Big Mountain Cat

If you missed our magical winter tale yesterday, worry not! You can still enjoy the tale of Lumi, the magical feline, below. Don't forget, you can also catch up with our super cosy stream on YouTube. 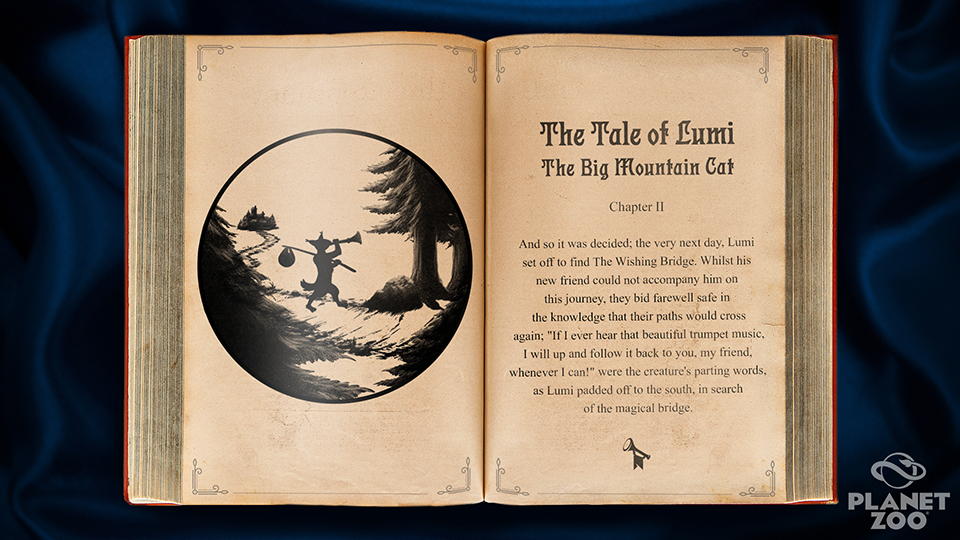 Once upon a time, in a land far, far away, lived a very lonely feline named Lumi, who resided alone in the depths of a deep, dark, forest, with only his trusty trumpet for company.

"Oh, I do wish I had some friends to play music with!" Lumi would often exclaim, as he padded through the temperate forest he called home after a long day of playing all by himself. "It's just no fun, always practicing the same melodies over and over!"

It was on one of these occasions, as Lumi returned home, however, that something new caught his eye: off in the distance, he spotted a bright light, smoke...a fire! Someone had built a campfire in Lumi's forest. Excitedly, he raced towards the light in hopes of greeting the mysterious visitor.

"Who's there?" Lumi called, before taking in the scene and letting out a small gasp; for there, perched by a mossy tree trunk, was a creature Lumi had never seen before, with a dark, slender body and large, expressive eyes.

"Hello! It is so good to have a visitor to the forest! It has been so long since I've had company!" Lumi exclaimed, taking a seat by the fire.

"Oh, I can imagine, it seems a very quiet place to call home." Said his companion.

"It is! I would love to fill it with music, but alas, I have no friends to play tunes with..."

"I can only imagine! I do not play, myself, but if you would be so kind, I would love to listen to your melody, new friend!" And so Lumi played his trumpet for the visitor, who danced to the jaunty tune, and clapped enthusiastically when it came to an end, calling the melody 'splendid'.

"Thank you so much," said Lumi "I just wish more than anything to have some friends to play with!" His visitor looked at him for a moment thoughtfully.

"If that's what you wish more than anything, you must go to The Wishing Bridge!", the creature declared, before noticing Lumi's confused expression and deciding further explanation might be needed. "The Wishing Bridge is a magical bridge to the South, which grants one wish to everyone who throws a brass coin from it into the river below! It is a long journey, but surely worth it to get your wish!"

And so it was decided; the very next day, Lumi set off to find The Wishing Bridge. Whilst his new friend could not accompany him on this journey, they bid farewell safe in the knowledge that their paths would cross again; "If I ever hear that beautiful trumpet music, I will up and follow it back to you, my friend, whenever I can!" were the creature's parting words as Lumi padded off to the south, in search of the magical bridge.

Before long, Lumi came to a grassy clearing, where a creature was drinking from a small stream.

"Hello!" said Lumi, "may I trouble you for directions? I'm searching for The Wishing Bridge!" he approached the creature, who was covered in a soft brown fur.

"The Wishing Bridge? Oh, you'll need to venture much further South than this!" the creature said, glancing at Lumi curiously "may I ask what you're going to wish for?"

"I'm going to wish for lots of friends to play music with!" Lumi exclaimed, showing the creature his trumpet.

"Oh well, that does sound exciting!" Came a third voice, which Lumi turned to discover belonged to a small, sturdy animal, "I would love to find some friends to play a tune with, too! May I join you?" they said, revealing a flute they'd been carrying.

"Oh, me too, please do let us join you!" said the creature with the brown fur, nodding towards a small drum placed next to the stream. Lumi rejoiced "oh, I am so happy that you both play, too! Yes, I would love some company! Let's continue the journey together!"

And so the three set off, excited at the prospect of having their combined wish for some musical friends granted. After all, if three of them wished for the same thing, then surely it was certain to come true!

The journey, however, was not an easy one; as they headed south, the terrain became steeper, and the weather colder, until eventually everything in front of them was covered in a thick layer of snow.

"It's so c-c-cold!" Lumi shivered, and his companions agreed readily; for none of them were used to such harsh, cold, or steep conditions, and the ever-falling snow made it hard for them to see, but they knew they must continue their quest.

"If only we knew these mountains better, we'd surely be able to find the quickest way past them, and to the bridge!" exclaimed the sturdiest of them.

"Maybe I can be of assistance!" came a booming voice from amidst the snow, "I know these mountains better than any other creature!" slowly, Lumi saw a hooved animal emerge slowly from the snow.

"We'd be very grateful for any help you can give us, please!" said Lumi, "we're going to The Wishing Bridge, and none of us have travelled so far South before!"

Their latest acquaintance looked at Lumi curiously; "I am more than happy to assist you on your journey, but may I ask what you seek from The Wishing Bridge?"

"Thank you! We are each in search of friends to play our instruments with!" The new companion considered the group again, before producing a small violin from the rocks behind them.

"I myself am musically inclined, and would like to have some friends of my own to play with. I will accompany you on your journey, too!"

And so the group continued their journey, and found it far more pleasant with the help of their newest addition, who was able to keep them on stable footing and far drier land. Although it was still far colder than most of them were used to, and they weren't accustomed to walking through such heavy snow, the long hike felt far less treacherous, and it wasn't too long before they found themselves emerging back into more temperate conditions.

Finally, one sunny morning, the group caught sight of the very reason they'd set out on their journey - The Wishing Bridge came into view! They were all so excited that they ran towards it as one, closing the distance in no time and staring up at the big, magical bridge in total awe.

"We can finally make our wishes!" said Lumi "Let me get my brass coin!" And so Lumi rumaged in his pocket for his coin, but couldn't quite find it. He rummaged, and rummaged, but still no luck, and so he placed his trumpet down so as to better search his pockets...but, oh no! Lumi had placed his trumpet too close to the edge of the bridge, and - splash! - it dropped into the sparkling water below.

"Oh no!" cried Lumi, distraught, "I came all the way here to find friends to play my music with, and now my beloved trumpet is gone! All I'd wish for now is to have it back!" He sat on the edge of the bridge, distraught.

"Oh Lumi, whatever can we do?" his companions asked.

"I'm so sad, I think I'd like to sit alone for a while." Lumi sighed, and so his new friends walked across the bridge, promising to return later, when he might be feeling better.

However, a few minutes after leaving him, the sturdiest creature in their party noticed something shiny on the shoreline they were wandering upon...Lumi's trumpet, washed up on the shore mere moments after he'd lost it! But how?

"Ah, Lumi's trumpet is brass," said their friend from the mountain, "when he wished to get his trumpet back, The Wishing Bridge granted it, because he'd dropped brass into the water - even if it wasn't a coin!" The friends rejoiced, running back to Lumi to return the instrument, and he was overjoyed.

"I don't even mind that I used up my wish, as long as I can play my music again!" And there was even more reason to rejoice; for, on the horizon, Lumi's dark, slender friend stood, beaming widely.

"Lumi! I tried to catch up to you ever since I sent you on your quest, but I see now you've already made your wish!" And so the group sat, and shared the story of their journey with the newcomer, who listened intently.

"So you see, old friend, even though I didn't get my first wish, it's worth it to be reunited with my beloved instrument!" Lumi finished, beaming. His companion, however, frowned.

"But Lumi, you were all here to ask for some friends to play music with?" the slender creature asked, "so why not just play music together?" The group looked around to each other, and burst into laughter.

"We hadn't thought of that!"

And so, that's what they did; Lumi took his trumpet to the end of the bridge, and began to play his jaunty tune, and the rest of the group joined in: one on the flute, one on the violin, and one on a drum, whilst the slender creature danced alongside, all of them full of joy and laughter. The lonely Lumi was no more, for he had finally found his friends and everyone's wish for friends to play music with had come true. 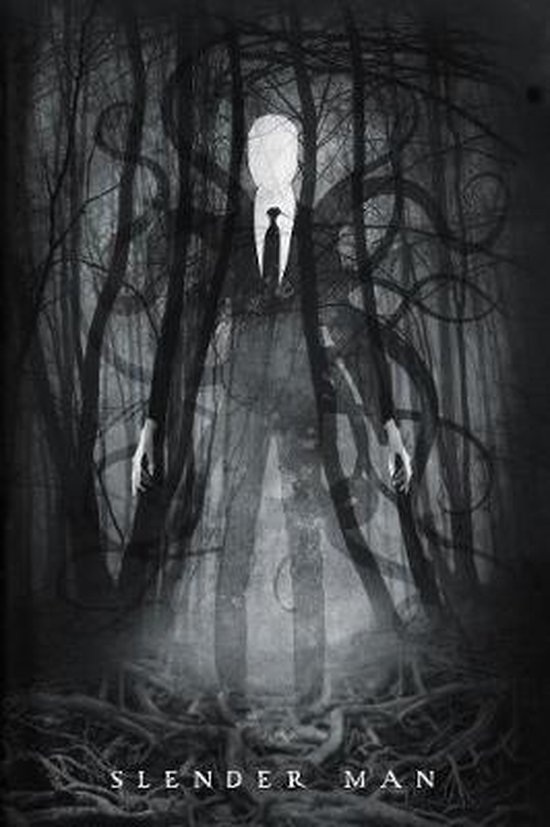 so nice story! I love it

You did such a good job writing it.

You did such a good job writing it.
Click to expand...

Thanks so much, Heather

I said it on Twitter, I said it in another thread on this forum, but I'll say it again; I loved this story so much! It's so refreshing and a different take on giving us a sneakpeak of what's to come. I can only express my hope that we'll get more of these outside of the regular run-up to a DLC schedule too.

Edit: All respect to Fran for writing this story, but I need to know animals for sure

I
Yep! You totally caught me red handed, refreshing for the announcement.

Love all the many forms of creativity in our community!

O
Beautiful story and has got me excited and intrigued about what’s to come. HYPE! If this is related to animals that are coming I will always think of this story Fran when I play with them! Or I’ll even create a Zoo themed around this story - that could be a competition in itself for the community! Lots of fun.

such a lovely and wonderful story, will definitely save it for my future childs. Thanks for the great idea!

I love the story, but I wish it had more drawings

P
Thanks for the story @Francesca Falcini, it's such a cozy story to tell
I'm gonna share it with the lil' kids at my work perhaps, it is a great fairytale to share while having a fruit break or lunch

Oops, wrong section of the forum... sort of

It is a lovely story.
Thank you @Francesca Falcini for your beautiful story of forest animals with a nice moral.

I just love this story