Ready for a retro ride? Our new Planet Coaster Vintage Pack is now LIVE. Take a look at our classically wonderful trailer below:


[video=youtube;eA0oNAPs0H8]https://www.youtube.com/watch?v=eA0oNAPs0H8[/video]​
As per our announcement post, our new Pack is deliciously full of things for you to (re)discover: we've got two new wooden coasters, five new rides, loads of new scenery items and building pieces, popcorn and gumball machines, a Crane and Zoltan machine, animatronics, lightbox lettering, and more! For full details on what the Vintage Pack contains, please see the update notes below.

You can get the Vintage Pack for £7.99 on the Steam or Frontier store now. Please keep in mind that it's completely optional for you to purchase; we're very grateful for all your continued support.


New features free for all players


- 4 of these are from Planet Coaster’s popular drinks brands – Gulpee, Pipshot, Street Fox Coffee and Cosmic Cow
- Drinks from Vending Machines are smaller and the machines themselves cost less; effective when you don’t want guests to have the more rewarding experience of being served by a vendor at a shop
- The Crane Game allows guests to win King Coaster plushies
- Changing the chance of winning which will also impact how inviting the machine is to guests; make it fun and rewarding or rake in the cash
- Vending Machines break down based on usage​
- Access them next to the speed controls in the lower right
- Choose a preset and its intensity, as well as how much vignette and film grain you desire
- Press CTRL-G to hide the GUI for the perfect screenshot
- All of these effects can be left on per park
- Trigger these effects using the Ride Cam Time Machine introduced in 1.6; perfect for dark rides and out-of-this-world experiences​
- Choose the colours of your Janitors, Mechanics, Security Guards and Vendors​
- Multi-select some scenery to group it together and move/rotate it as one group
- If there is a build piece in the selection, this will become as a building as normal​

New Ride for all players


New Scenery for all players 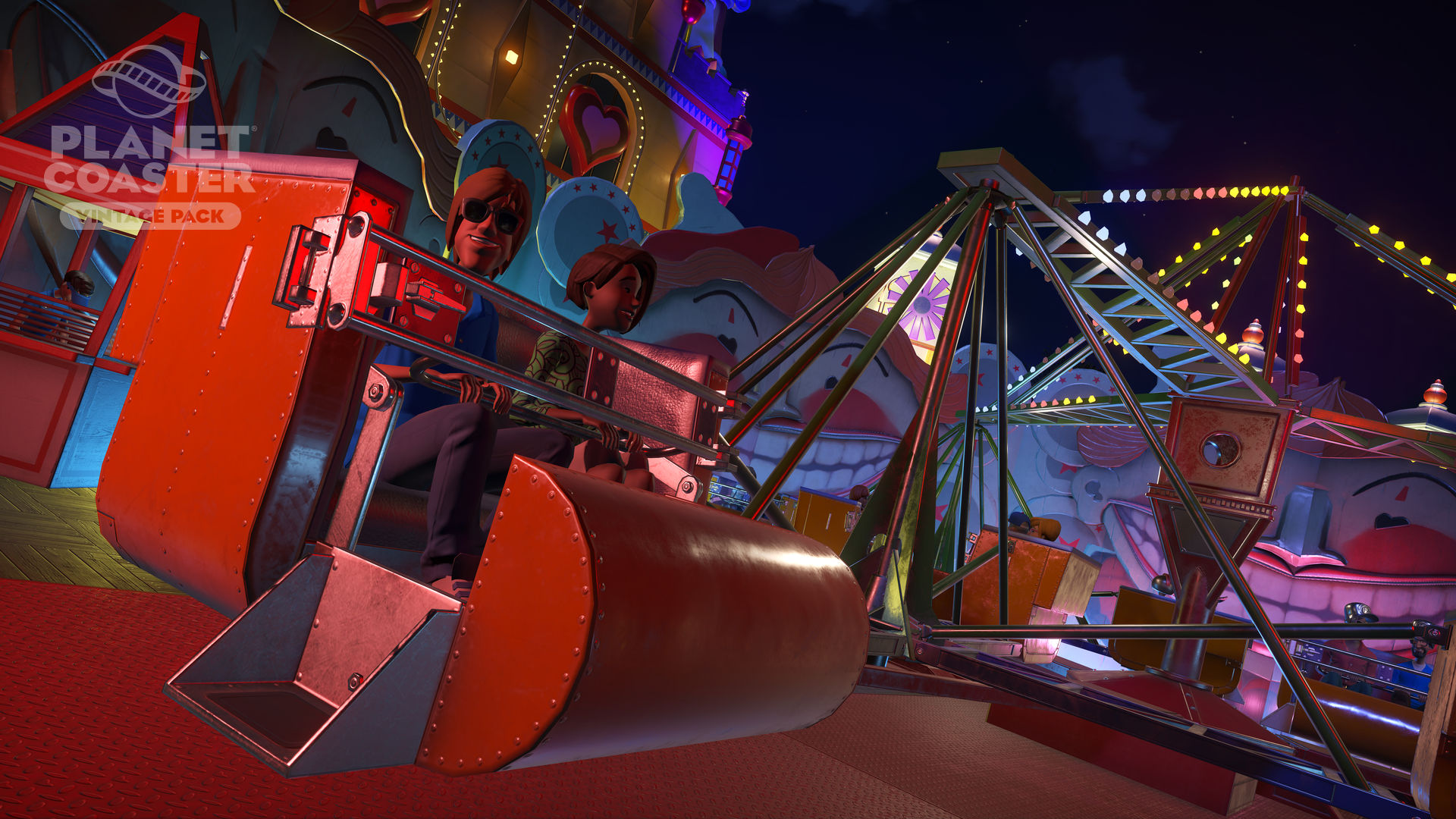 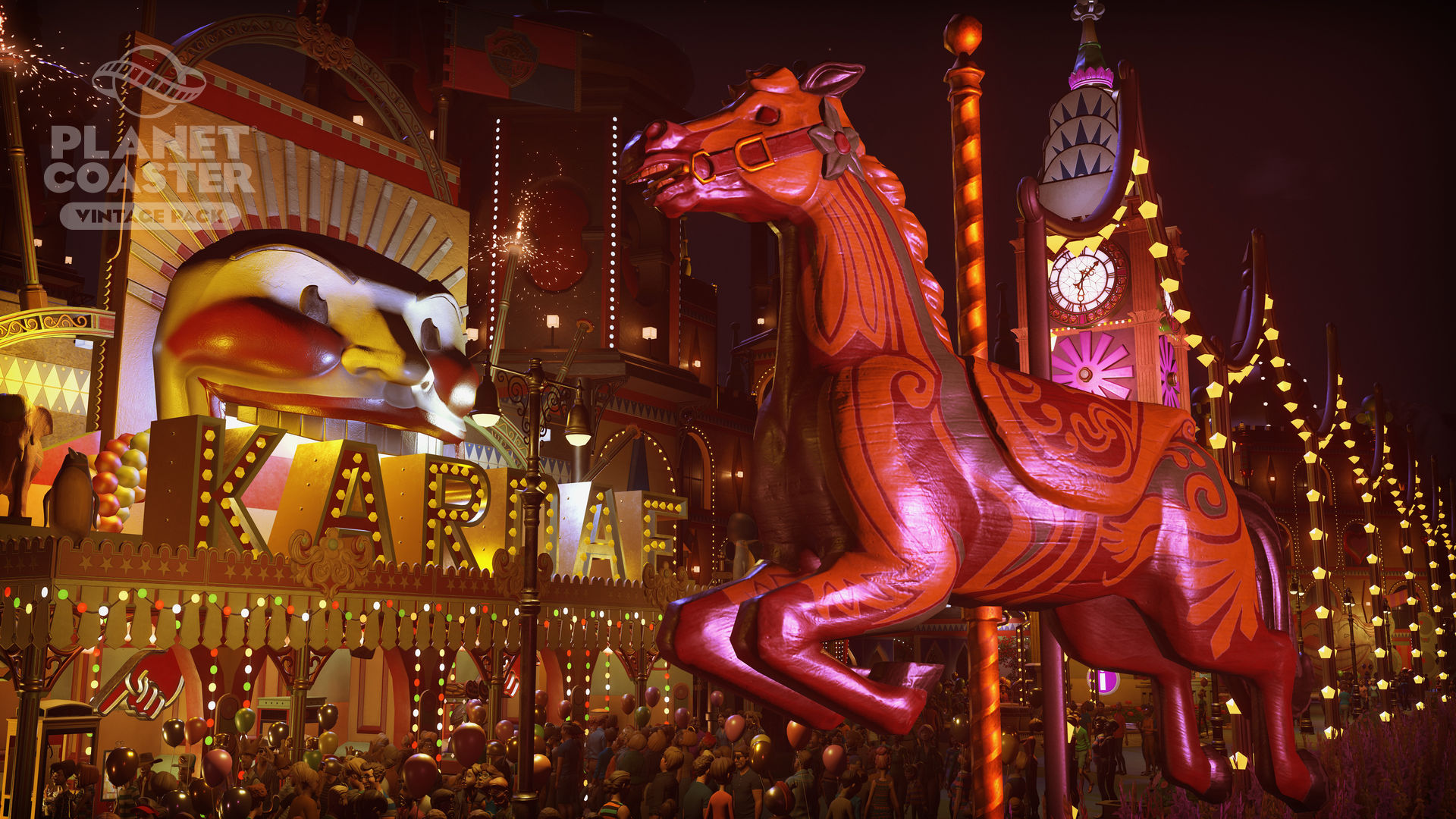 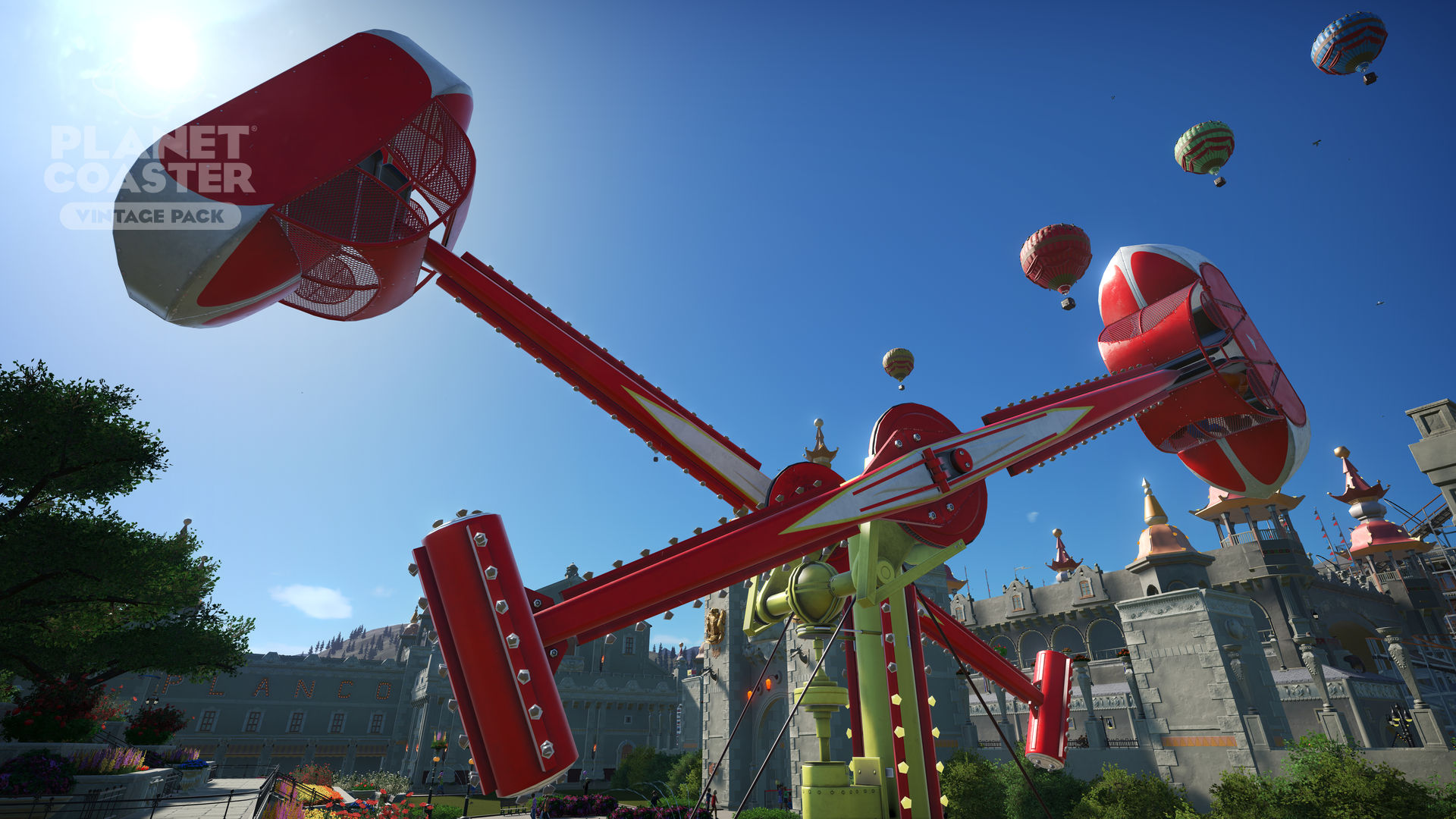 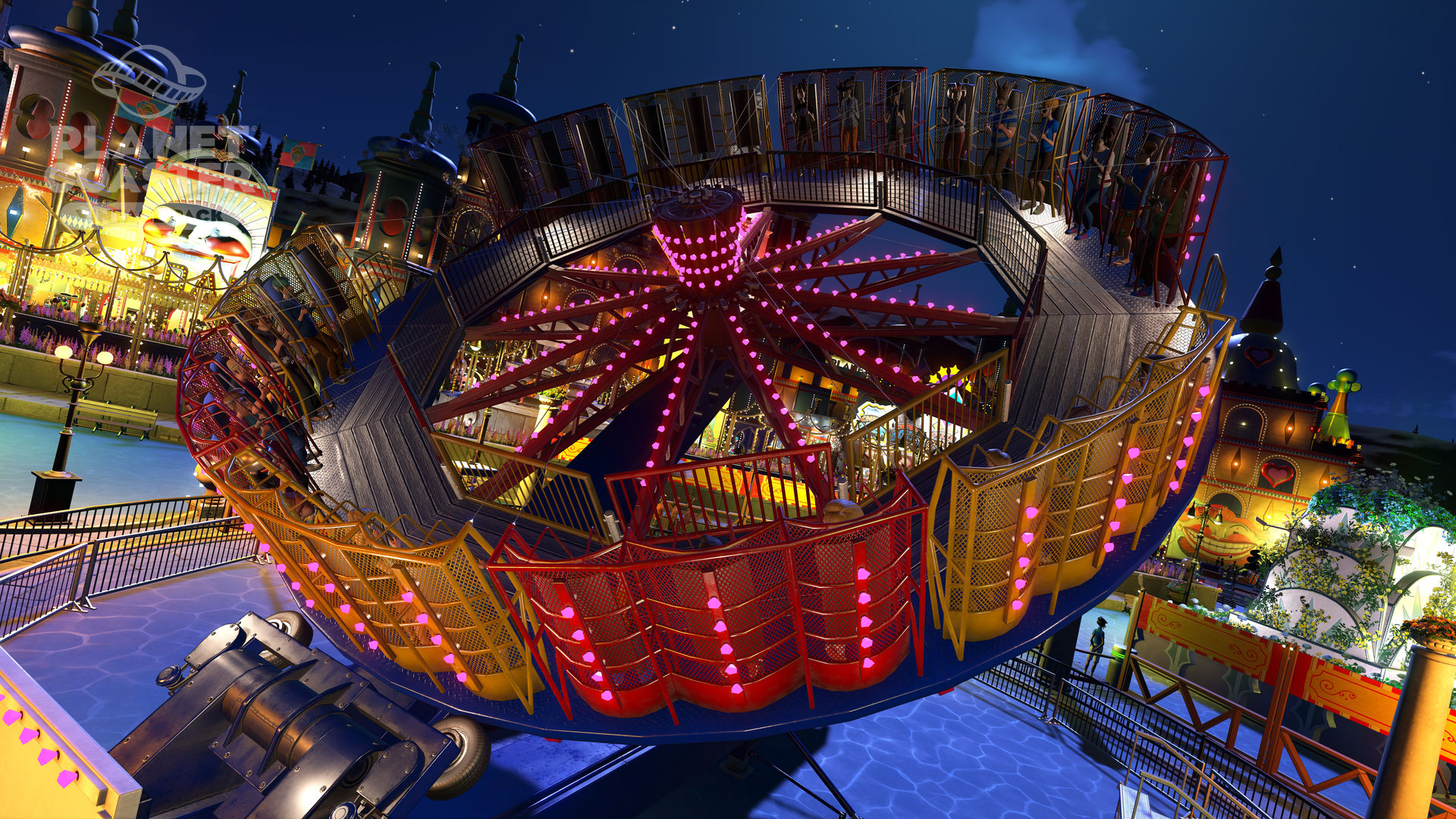 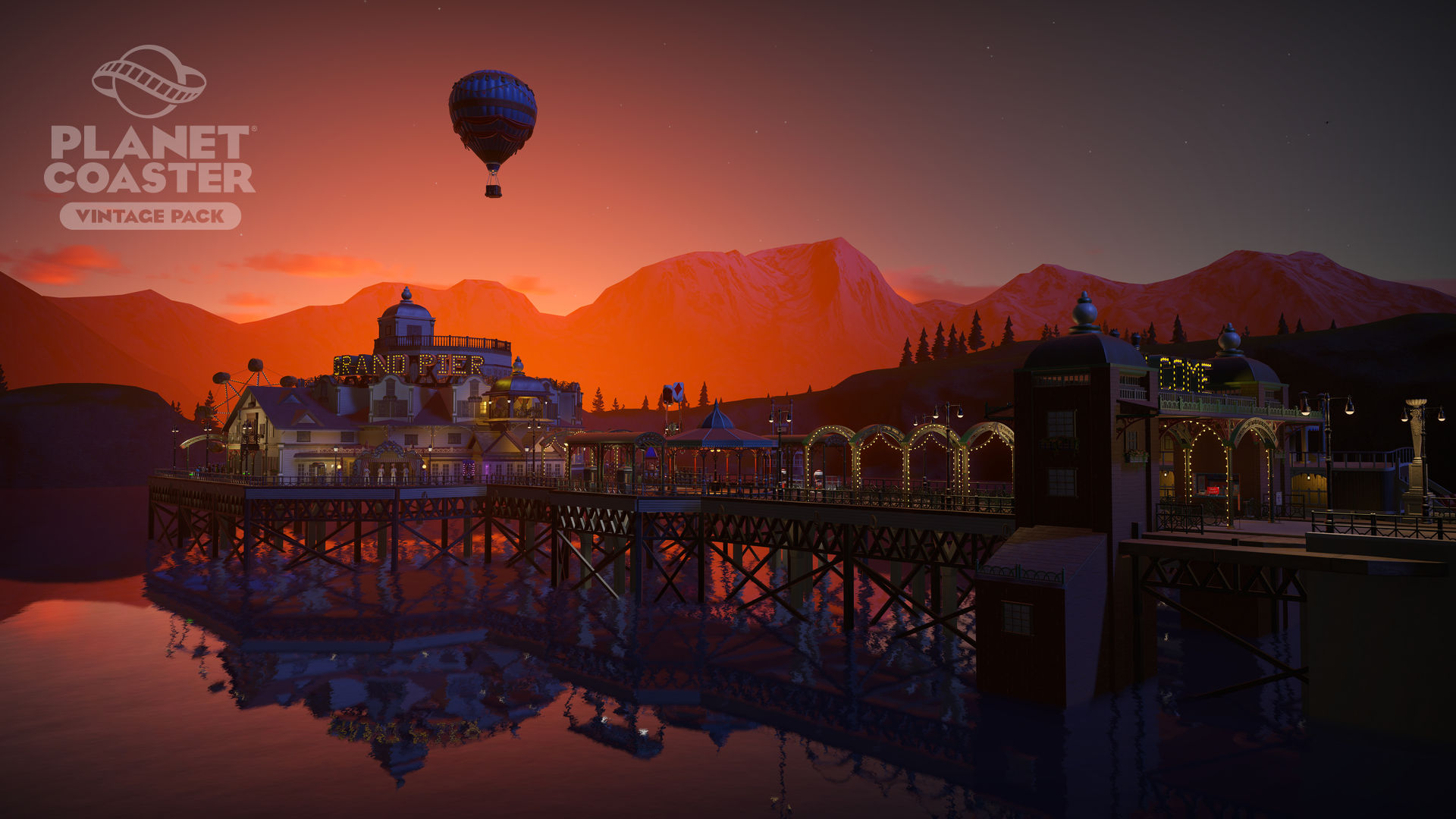 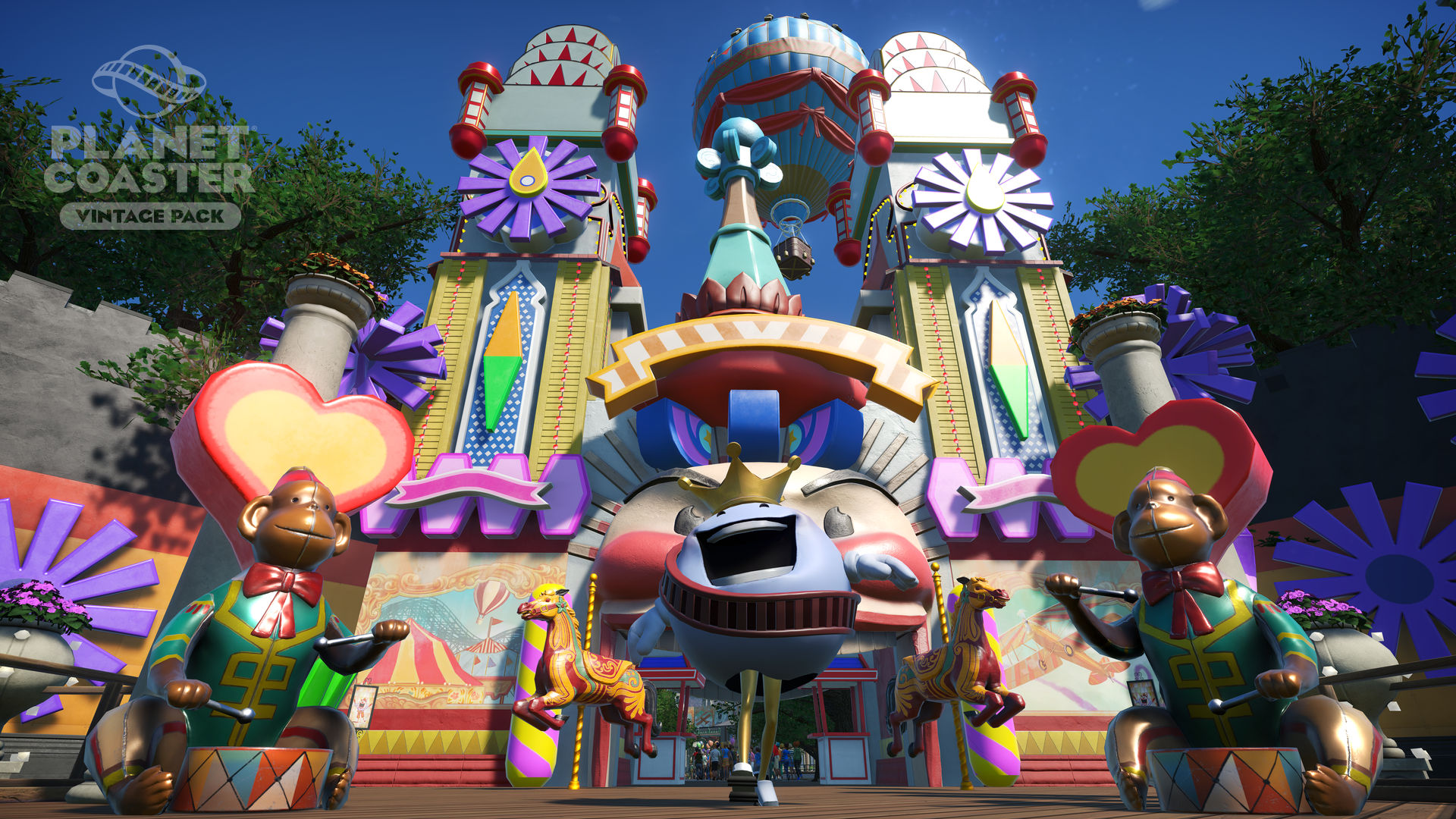 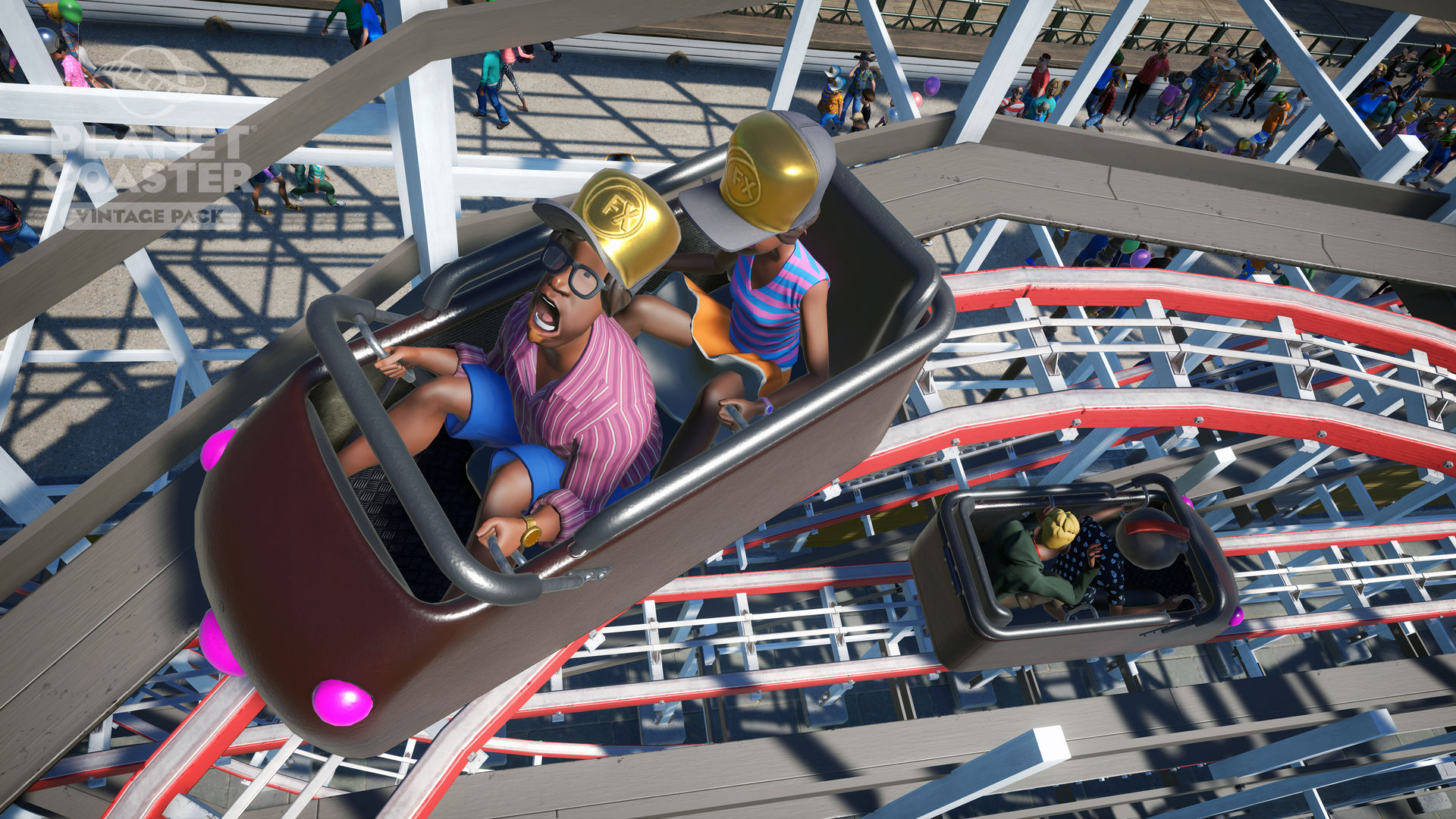 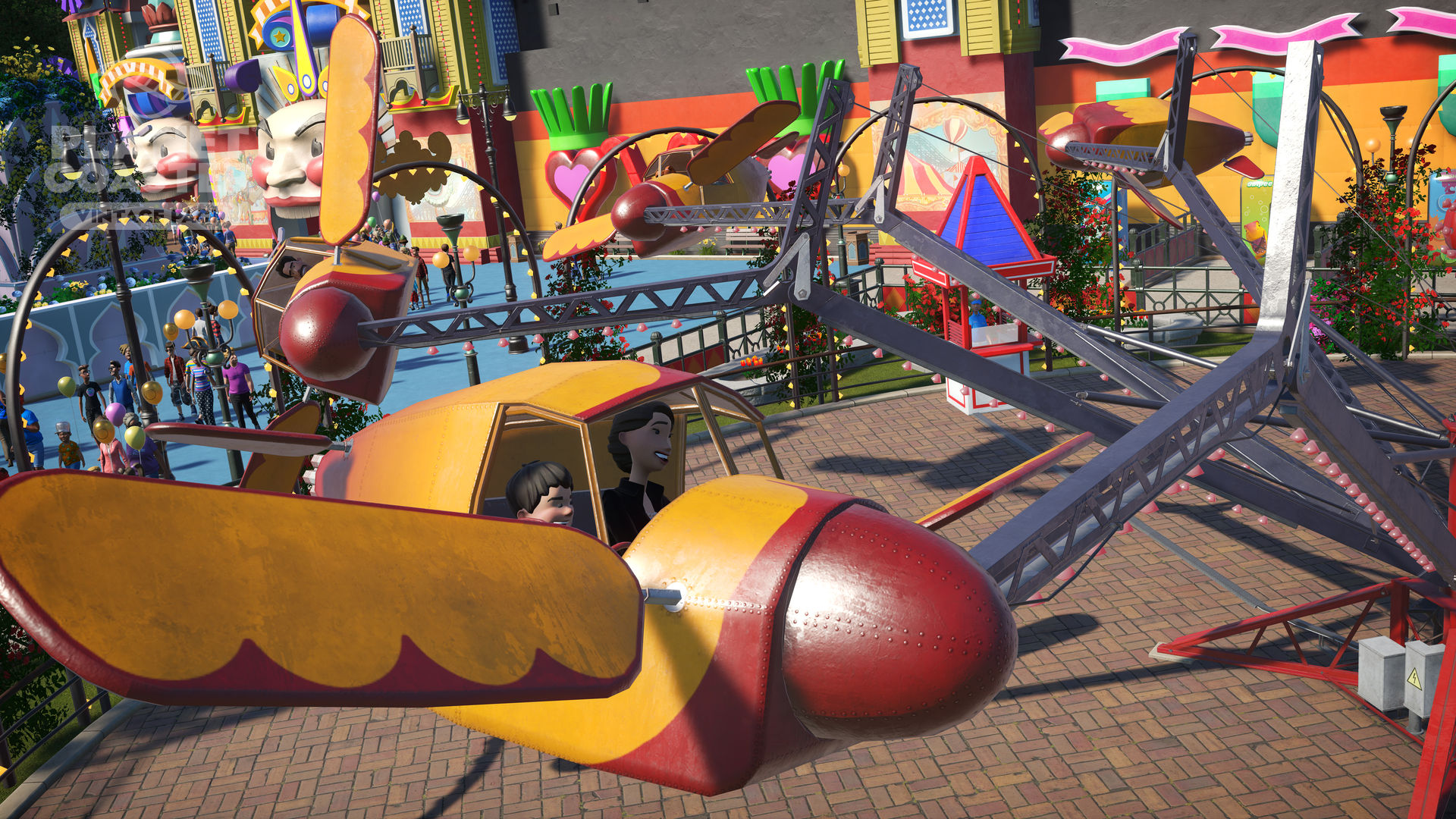 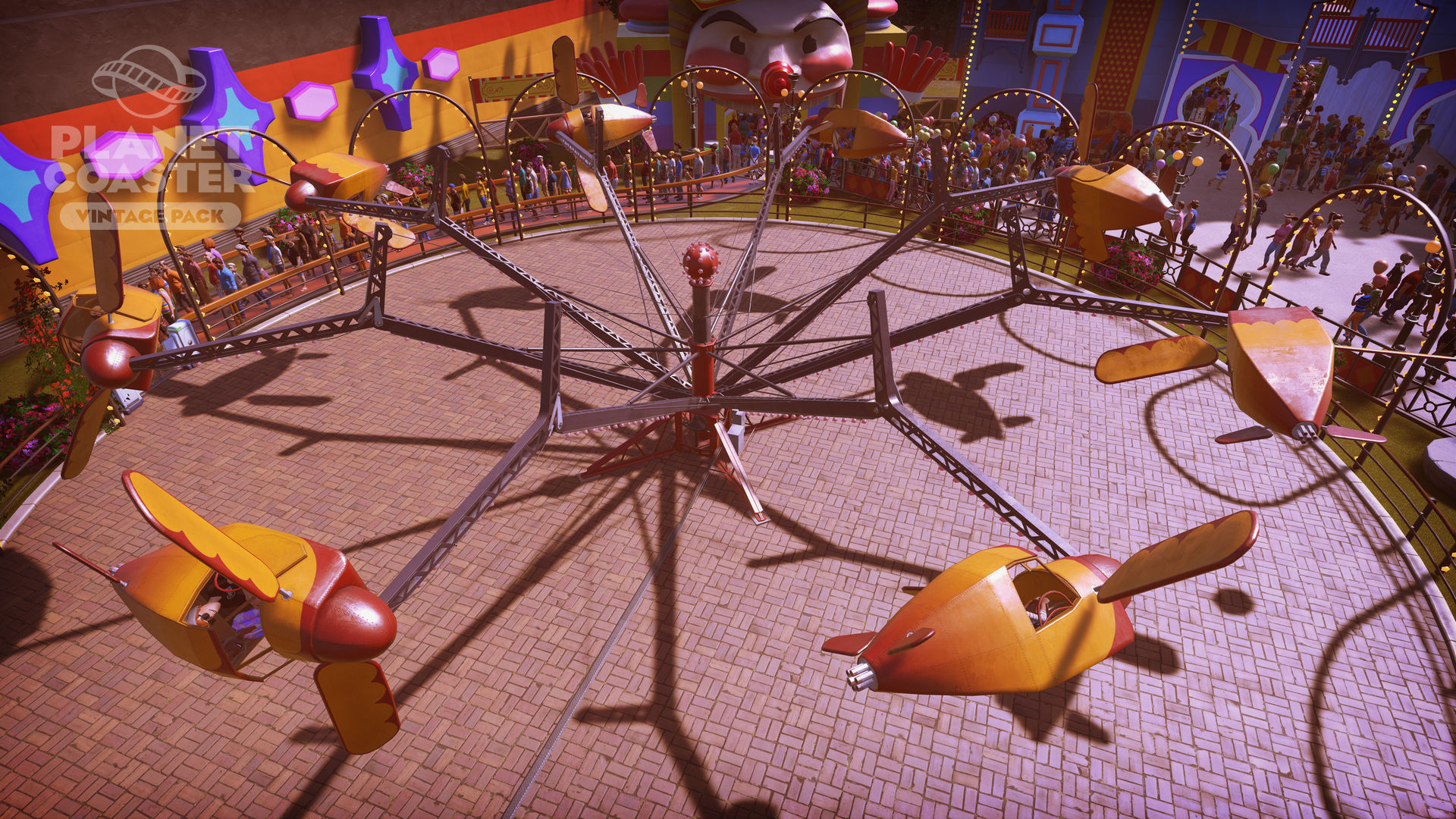 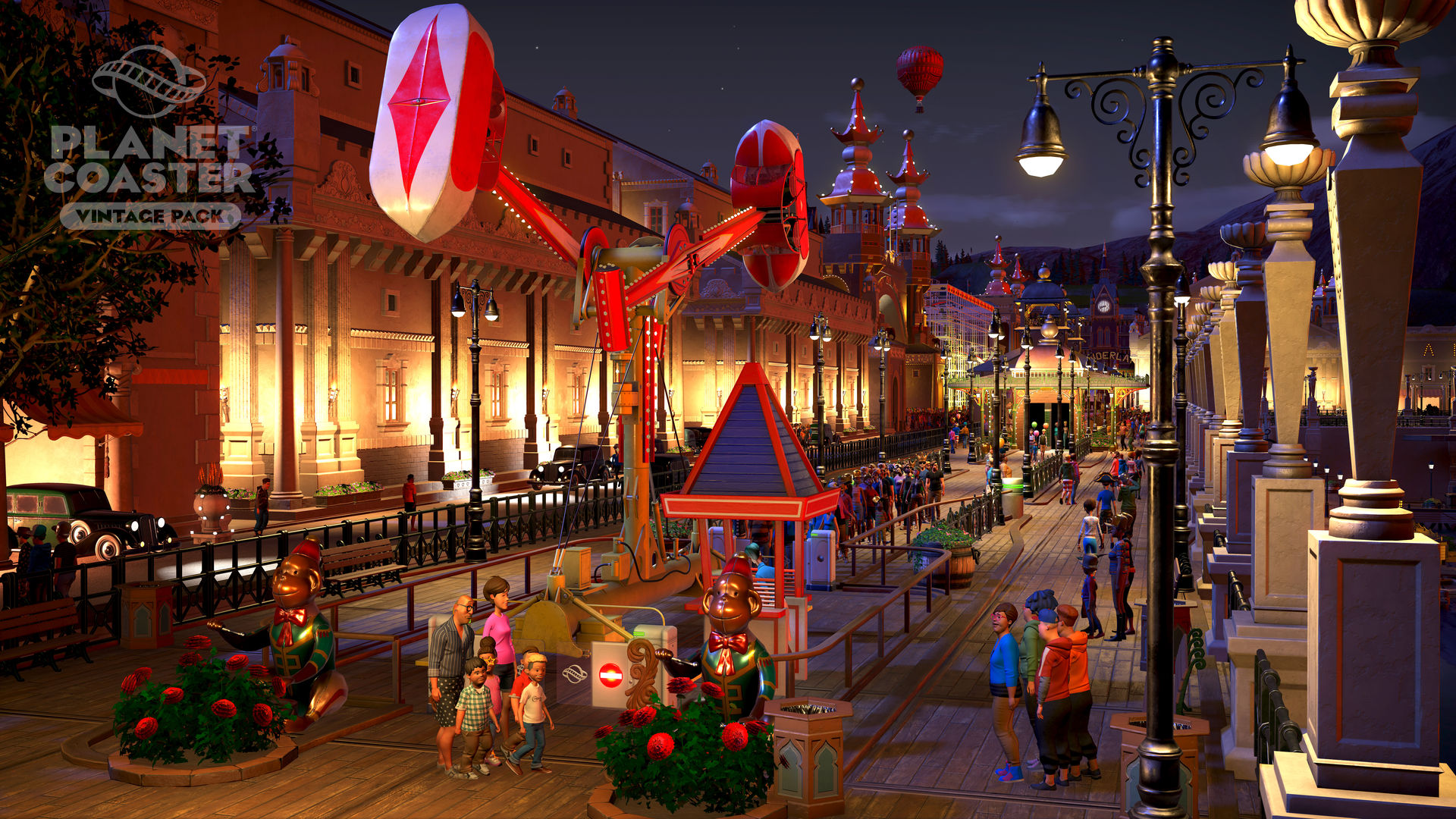 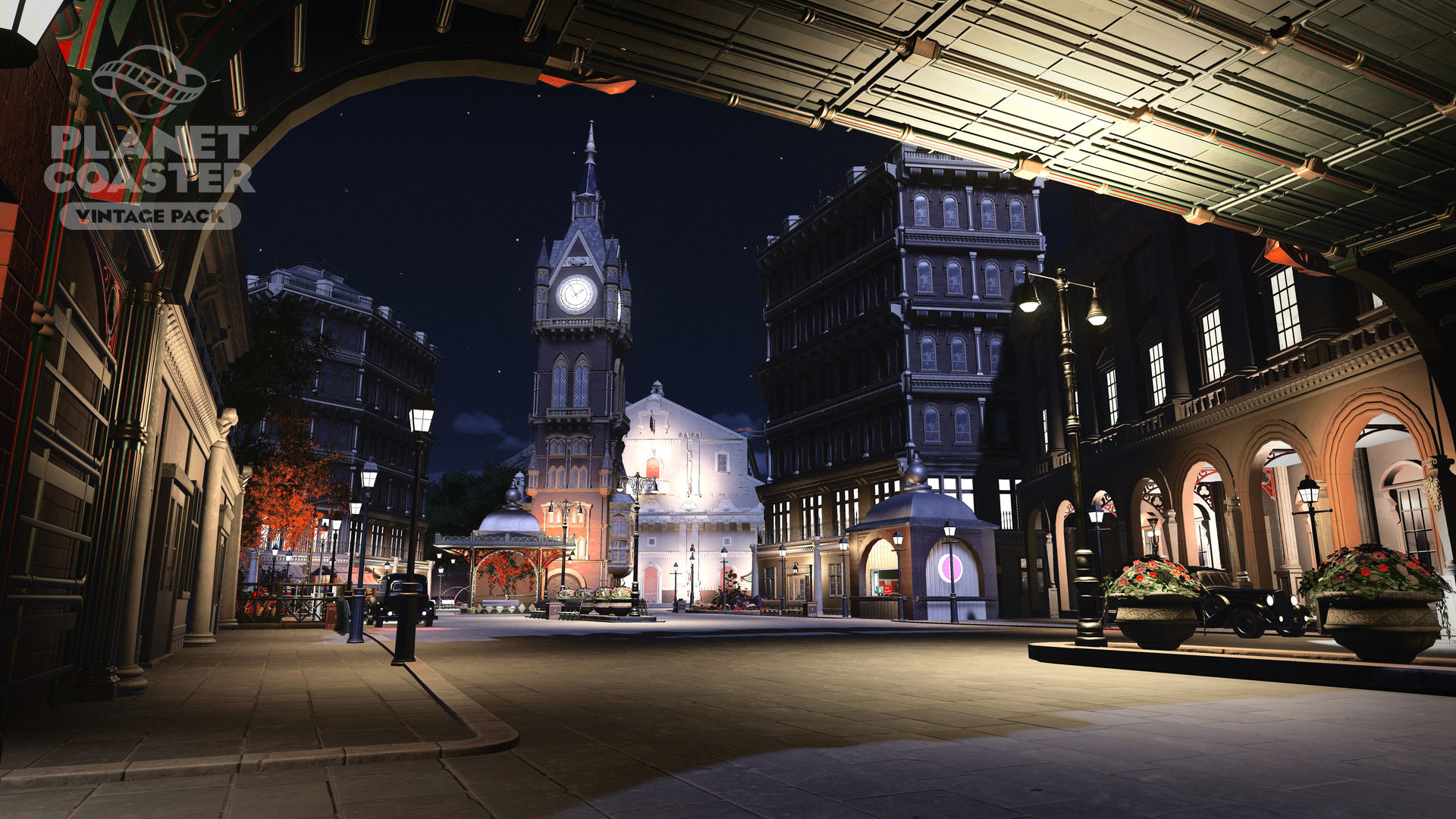 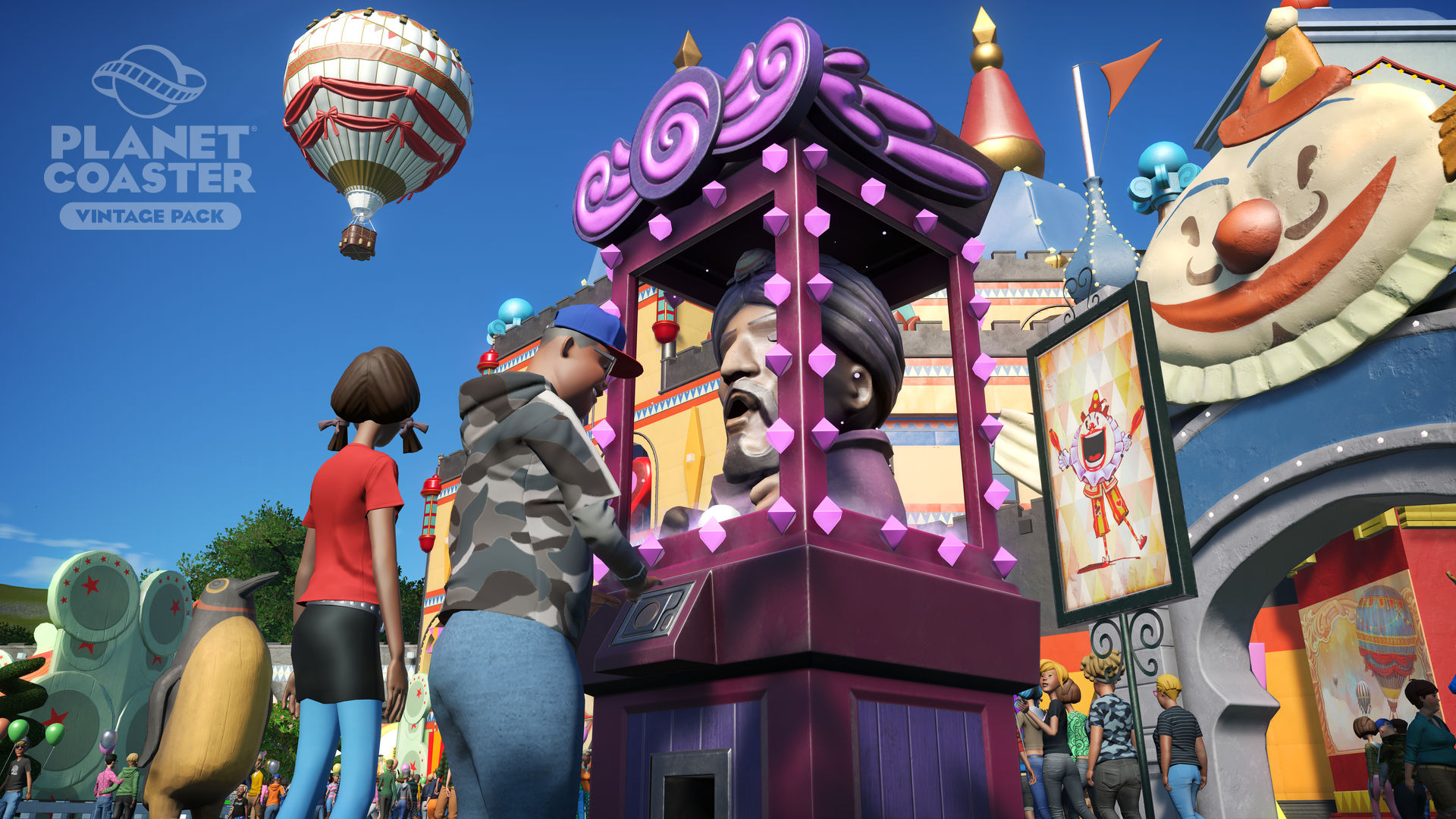 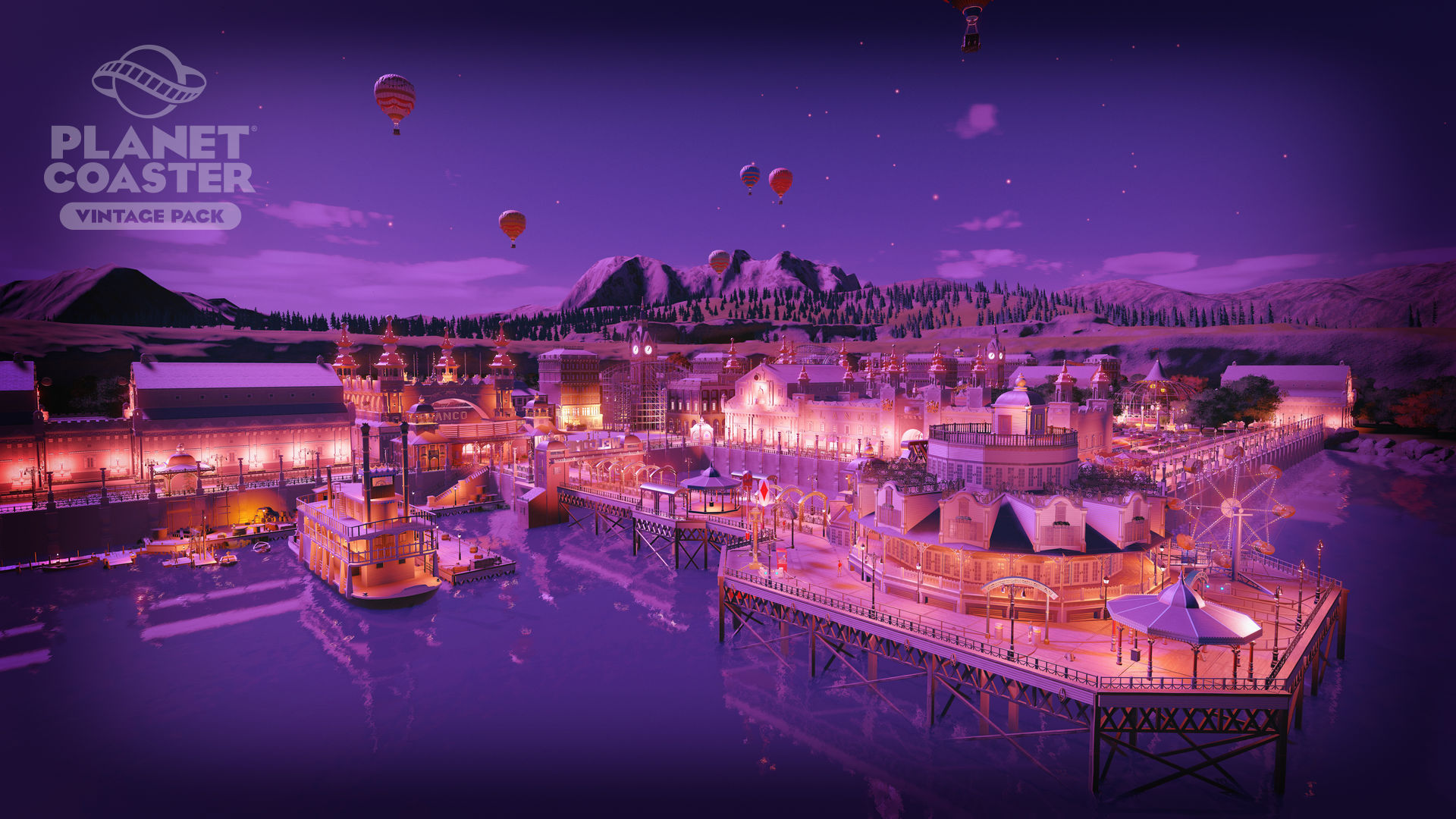 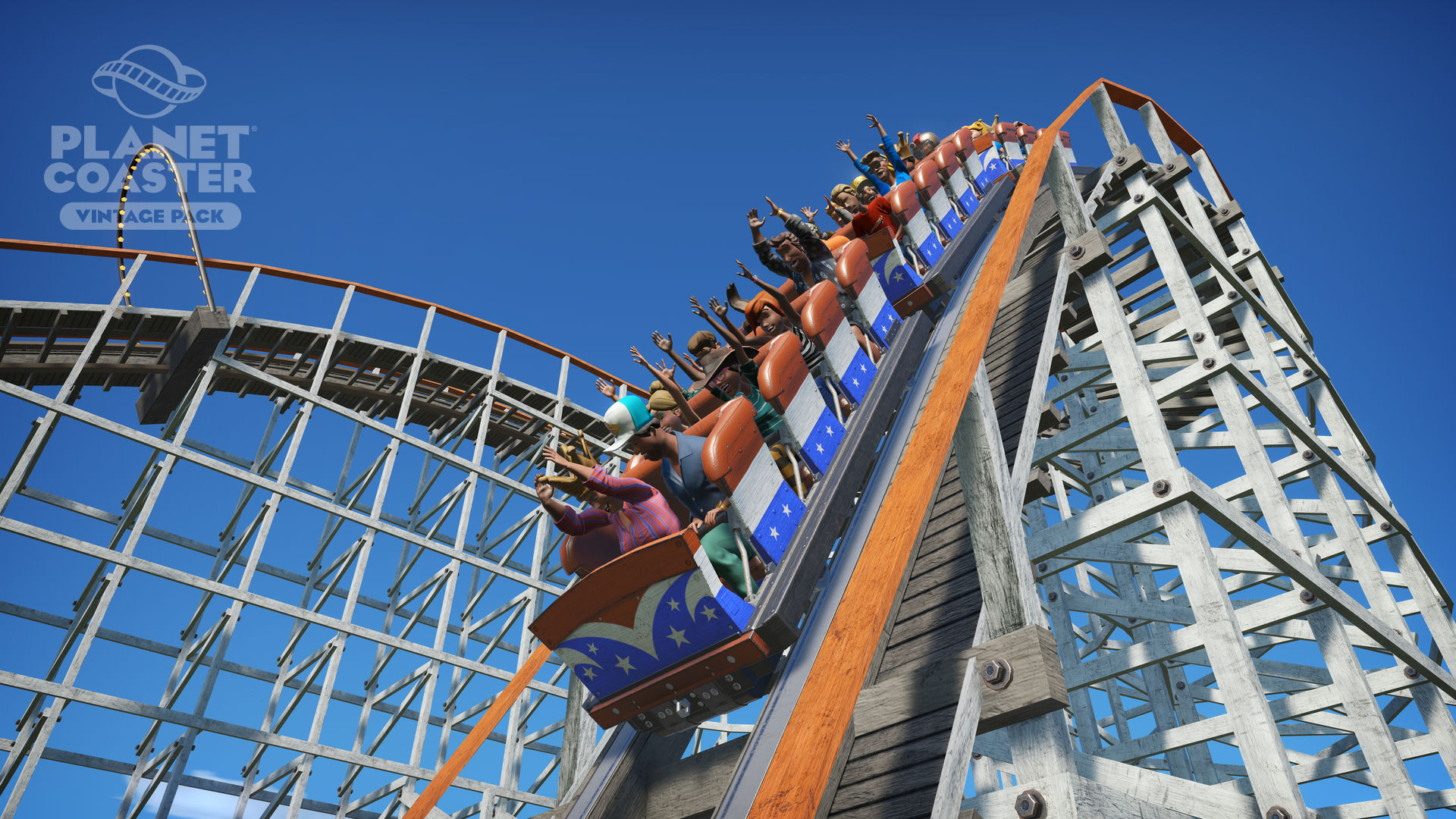 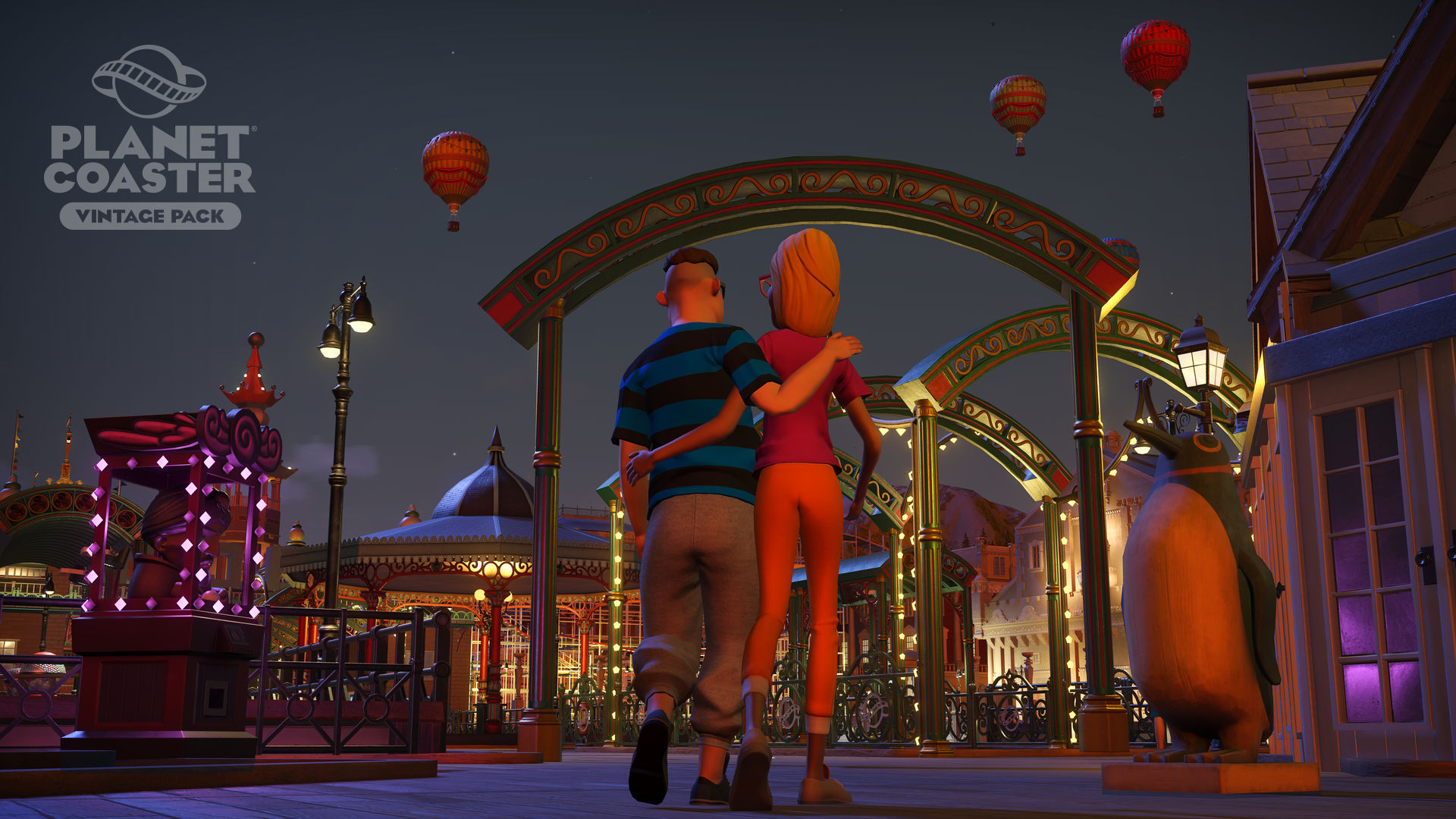 Thanks for the update and patch notes! Vintage Pack update installed, pack bought and ready to go!

G
Still updating - trust me to live in a country where the internet is the slowest and most expensive - oh well!

Just woke up and whoop there it is! Thanks a lot @Frontier for yet another extansion! U r the best, in Frontier I trust! Love u guys and girls! Keep on the great work. and get some rest now [praise]

G
Thanks soooo much - love this pack and love that trailer - Gosh your crew is AMAZING - thanks everyone involved, G

Thanks Will and Team Frontier for all your hard work. There's loads of goodies here to play with and that's just the free update. And I can't wait to crack the Vintage pack open. It really is a work of art.

I'm at work, but I still connected to my PC via TeamViewer and installed the update and bought the pack
Tonight, I'm going to see all of it, I will be able to improve the city part of my Sonic R park ^^

Thank you soooooo much all for this wonderful and awesome expansion, for me the best pack so far. Great rides, small details and pieces. [up][cool]

G
Hey Dev's, this is why I love the new pack - this article and photo is of my Luna Park - in Melbourne - been there since 1912 and it looks exactly like this today - and you made the famous moon face as a scenery item - LOVE it, thanks G

Great, Thanks so much for the effort you put in this game days after days, months after months, seasons after...[big grin]
By the way, The "I" Shortcut did exist before...It's not new. [haha]

Ohhhhhh wow, that early - amazing! Great surprise
THANK YOU soooooooo much Frontier and all the people behind the scenes that make this possible and the game better.
And as well thanks a lot for the bugfixes! I know that that's a lot of work, and I'm very thankful for your dedication!

I'm really liking this new update and DLC. Can't wait to play around with it later today. Also in today's live stream about the new update Ed mentioned that they are working on more content for Planet Coaster which is great news. Thanks to everyone at Frontier for a job well done with this new Vintage Pack.

Hi,
No scenario ?
Again, build, no play. Thanks.
I will wait for the next playable stuff.

Thanks, Frontier! This is some great stuff, much of which has many applications outside the vintage theme. And I really appreciate the bug fixes, especially those that fixed the white parts

I'm excited and like what I saw on the streams so far. In the future please announce such reveal-streams from yourself and Youtubers, especially when they are off schedule. Please announce them here in these OFFICIAL FORUMS. All the hype passed me because I only realized today that there were dozens of streams yesterday.[rolleyes]Kinda sad really.[sad] As far as I know there was no official announcement in these forums. Please change that in future!!!

Where can i get all the Parks from the Trailer? Id like to visit them so badly

To the developers--thank you so very much for all your hard work on this project! It's just so beautiful. I love all the surprises like the free support object set and all the lovely new effects... especially the fireflies and butterflies. And the Aces Sky Coaster is truly remarkable and accurate (I know because I compared it carefully to photos of the one at Knoebels. Ha ha! [wink])