What are the living animals of today that you absolutely do not want to have in the game?

O
Whether it is Invertebrates or domestic animals or mammals, what are the animals that you absolutely do not want to have in the game and I choose them?

Invertebrates all except (Crabs - Jellyfish - Octopuses - Grasshoppers - Butterflies - Starfish)
Mammal
Nasique - Mole - Domestic Cat and Dog - Field Vole - Mole - Mongolian Merione and all Cetaceans except Orca and Bottlenose Dolphin.
Pisces
All the big sharks like the Whale Shark - White - Bull - Bulldog - Tiger - Lemon etc ...
Similar animals like Malay Bear - Collared Bear - Rhinoceros from Java and Sumatra - Pink flamingo from Chile and Tanzania.
And you, who are the animals that you absolutely do not want in the game?

In short: animals that don't belong in the zoo

X
Deep sea animals - as mentioned, it's impossible for us to keep them ethically.
However, there are certian domestic animals I'd love to see in a zoo: there are a whole host of unusual and rare (some nearly extinct) domstic animals that'd make beautiful additions. White Park Cattle, for example 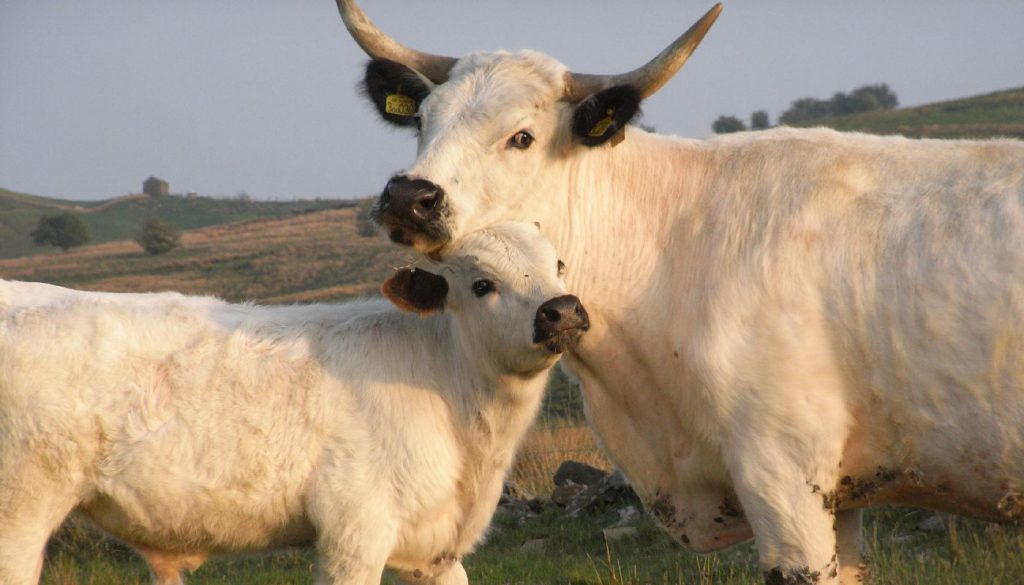 And I'd have to disagree on the very rare wild animals (ie: less than x number in the wild) as zoos have been instrumental in saving such species. Usually animals that are vanishing in the wild are doing so due to habitat loss (and/or poaching) so that the relative safety of a zoo is the only way to save the species.

Ultimately, I guess, I have no limits on what animals are available in the game (even open ocean ones) since...if I don't want to keep them, I can just ... not buy them. The more the merrier, IMO. 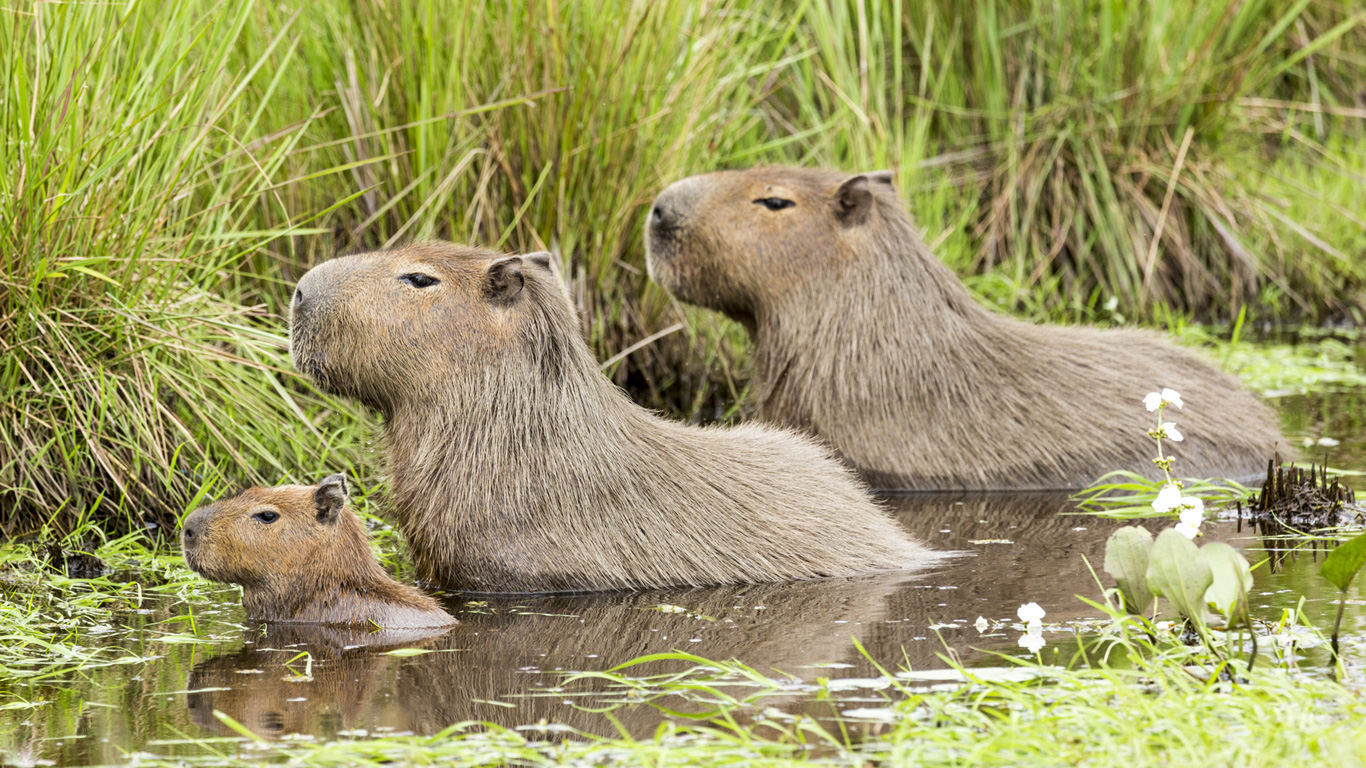 What's so bad about big Fish? Recently I read this relatively often in the Forum. I could understand if someone would write Great White Shark because they can't survive in Captivity (or at least it isn't known yet how to keep them alive) but what is the Problem with the other ones?

Urufu1997 said:
What's so bad about big Fish? Recently I read this relatively often in the Forum
Click to expand...

I think the biggest complaint I've heard from that group is they do very poorly in captivity in general.
Been a discussion for as long as I can remember and will remain a discussion.
During Beta there were multiple threads, nowadays almost none.
Last edited: Feb 2, 2021

NL_Mutso said:
I think the biggest complaint I've heard from that group is they do very poorly in captivity in general.
Been a discussion for as long as I can remember and will remain a discussion.
During Beta there were multiple threads, nowadays almost none.
Click to expand...

I assume it depends on the Species, so they shouldn't be against all big Fish

Urufu1997 said:
I assume it depends on the Species, so they shouldn't be against all big Fish
Click to expand...

Personally not my interest so I forgot most of them.

A lot of shark species, sunfish, marlins, manta rays and if you add ceteceans to the discussion as well, there aren't any big options left.
And going with the polar bear requirements logic, your zoo will have space for 1 or 2 species

But it's an interesting discussion.

NL_Mutso said:
A lot of shark species
Click to expand...

I hope this doesn't include the Bull Shark. Would absolutely love to see this Species in the Game

NL_Mutso said:
And going with the polar bear requirements logic, your zoo will have space for 1 or 2 species
Click to expand...

I hope we won't ever have a Situation like with the Polar Bear ever again. I'm still hoping that they will change their Mind about it someday. As expected someone in the Steam Discussions already thought it is a Bug

I am not really interested in any aquarium species.

I would find it somewhat distasteful to see animals like Sumatran rhino in a challenge to breed thousands of them when they are in such a perilous state in real life.

Honestly, I'm not against any living animal in the game. Not particularly interested in those who die within a short time in captivity in real life, like mountain gorillas or white sharks.
I would even like to see whales and dolphins in game, though I understand why Frontier won't add them. I'm not supporting keeping them IRL, but for me, PZ is a realistic zoo simulator and in the end of the day, not every zoo is purely ethic and I don't always want to play "the nice zookeeper".

Edit: I second @markun though. As we got limited spots I'd prefer Frontier would add pretty common zoo animals. And by common I mean found in a huge numbre of zoos. I'll never make my peace with the giant otter.... And to a much lower degree also not with the greater flamingo.
Last edited: Feb 2, 2021

Don’t want domestic animals and would be annoyed that we were missing more wild animals.

Not worried if fish and aquatic invertebrates are added or not as long as lots more terrestrial packs come first.

J
No. More. Centipedes. One is one more than enough for me. and I only used it once, and that was only to make my way towards the Complete the Zoopedia achievement.
No hybrids like Ligers and Tigons.
I'm also not a huge fan of spiders but I can deal as long as it's not the Camel Spider.

I have no problems with fully marine animals, though I suspect they won't add them in.

NL_Mutso said:
In short: animals that don't belong in the zoo
Click to expand...

Then we wouldn't have any animals, since no animals should belong there

TigerPaws said:
Then we wouldn't have any animals, since no animals should belong there
Click to expand...

Haha, yeah... If people really think that - they shouldn't play the game at all.

NL_Mutso said:
Haha, yeah... If people really think that - they shouldn't play the game at all.
Click to expand...

Lol, that is true

@TigerPaws I have to disagree with people who say that really. In a perfect world we wouldn’t need zoos but with humans settling on animals habitats more and more and poaching also we need zoos now more then ever. As long as zoos take care of their animals I have no problems with them not to mention zoos have come a long way. Just compare exhibits from the 50s to now. Also zoos have the hope that a visitor can see animals you would never see normally and walk away a little more educated and realize the importance of conserving animals. As far as living animals I wouldn’t want to see I can’t really object to any although for example in the case of the white rhino I’d rather have the southern because it simply because it would make more sense since the northern is on the verge of extinction.

W
Other than domestic breeds, cetaceans/big fish and hybrids I wouldn't object to see any particular kind of animal.

I would prefer if they don't add that much invertebrates in the future, if only because the current exhibit size is much better fit for amphibians and reptiles, which are still underrepresented.

I don't think "similar animals" or "reskins" are useful criteria as they're very tricky to define. For example I wouldn't consider a Sun Bear a reskin or lazy choice because it's pretty different from other bears not only in appearance but also in habits and lifestyle. However I hope they avoid subspecies for animals who already have multiple races in the game. For example I wouldn't mind an Asiatic Lion but I'm not looking forward to a Sumatran Tiger or even more subspecies of grey wolves or brown bears.

Witch King of Angmar said:
However I hope they avoid subspecies for animals who already have multiple races in the game. For example I wouldn't mind an Asiatic Lion but I'm not looking forward to a Sumatran Tiger.
Click to expand...

Funnily I am the opposite. I would really like a Sumatran tiger. Bengal tigers aren't really found in zoos outside India - not pure anyway and Sumatran are common in conservation focussed zoos yet critically endangered in the wild. I think they would have made a better tropical option.
You must log in or register to reply here.
Share:
Facebook Twitter Reddit WhatsApp Email Share Link
Top Bottom