What happens if you ingest Meta-Alloys?

Not gonna lie, whatever it is is probably pretty hot.

I was hoping a barnacle would grow in my throat and make me choke to death on a mixture of caustic ooze and my own blood, but that's almost as good.

RELSPI said:
I was hoping a barnacle would grow in my throat and make me choke to death on a mixture of caustic ooze and my own blood, but that's almost as good.
Click to expand...

I mean yeah if that's what does it for you, sure... But I've had acid indigestion before and it's mot fun...

Siobhan said:
I mean yeah if that's what does it for you, sure... But I've had acid indigestion before and it's mot fun...
Click to expand...

'Caustic' describes corrosion by a strong base or alkali, rather than acid. I concede your point, though. 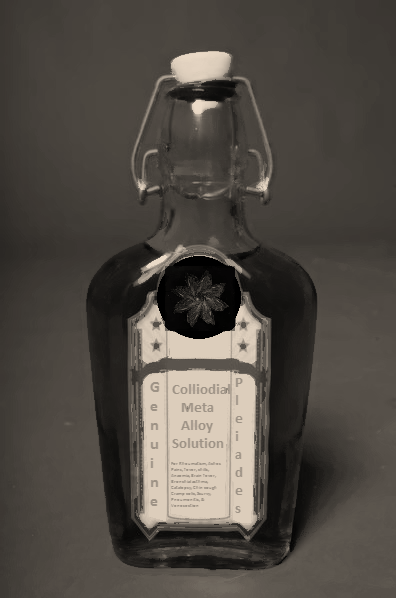 To quote the in-game description of meta-alloys:

Meta-alloys have a complex lattice structure with large internal voids. They are cellular in nature, and formed organically. They are incredibly strong - much stronger than foamed aluminium for example. Many elements form the structure so technically they are alloys, but the composition is different in different parts of the cell walls for strength. They are good thermal insulators, and have a high melting point, but if they are melted they lose all their special properties and become a conventional alloy. They are easily machined, but as yet cannot be manufactured, only found in space. They are associated with recently discovered alien entities nicknamed 'Large Barnacles' by interstellar explorers. These appear to be common in certain parts of space, although no-one is certain why. This material has been heralded as the next step in materials technology. It is ultra-light and stronger and more versatile than most commercially available alloys.
Click to expand...

The relevant part is in bold. Meta-alloys are not magic, and they not made of any super-weird alien elements - there's no such thing as "alien elements". They are simply ordinary metals that have been molecularly engineered at the nanoscale to give them unusual properties. Destroy that nanoscale structure by heating - or, one can logically infer, by dissolving it in acid - and the meta-alloys become a mixture of ordinary, regular metallic elements.

When you ingest a piece of ordinary metal, that metal hits the acids in your stomach and dissolves. How much this happens depends on exactly which metals we're talking about. Things like iron, zinc and aluminium will dissolve readily; copper, nickel and tungsten less so, and silver and gold basically won't dissolve at all. What happens to the dissolved metal after this is usually not pleasant; the human body is not designed to cope with most things that qualify as "metals". They end up in the bloodstream, where most of them are toxic; some get filtered out by the liver and kidneys, others - the "heavy metals" like lead and mercury - tend to accumulate in fatty tissues and/or irreversibly interfere with human biochemistry. Death by heavy metal poisoning would be the expected fate of a habitual metal-eater.

Meta-alloys are, chemically, no different to regular alloys and metals in this regard. What happens would depend on exactly what metals the meta-alloy is made of (and I don't think we've ever been told a precise chemical composition, so your guess is as good as mine), but nothing special or magical ought to happen to you that wouldn't happen if you ingested a piece of ordinary metal.
Last edited: May 31, 2019
You must log in or register to reply here.
Share:
Facebook Twitter Reddit WhatsApp Email Link
Top Bottom