During Episode 336 we discussed the idea of a new rank grind where Shan was incredibly against the idea, but Ben was more “meh” about the whole thing, so we thought we’d get your opinion, do you want:

G
This is not a poll?

Absolutely not. At least not in the Dangerous, Deadly, Elite, SomethingBeyondElite (where a rank is simply added), and especially not for combat.

You wouldn't believe the relief I felt once I hit combat Elite, and could now start using my NPC fighter pilot in conflict zones (if you didn't know, they "steal" half your Elite rating credit when you're using them in battle, and Deadly to Elite is a very drawn out and slow process). I now no longer had to care about Elite ratings, I could take an NPC pilot if I wanted, or leave him behind. I don't want to have to go back to that (the other alternative is to simply not care about Elite ratings, but I want my bragging rights, dammit).

The intent is probably a misplaced wish to give commanders a reason to continue. But if you've hit triple Elite and like the game you're going to continue anyway, now free from the need to care about ranks. I wrote this in the Sagittarius Eye (editorial, #25):

"A common question amongst Pilots’ Federation members is: why do we do it? Why do we spend so many hours just flying? When a Pilots’ Federation member reaches the dizzy heights of triple Elite, a question posed by many is: why continue? What many non-pilots (or “ground pounders” in the uncharitable vernacular of certain pilots) don’t understand is that being a pilot isn’t something you do, it is something you are. It is something that is embedded deeply into the very fibre of your being."

Sure - this is from an "in-universe" magazine written from the point of view of actually living in it (rather than it being just a game) but the sentiment is still the same: if you're going to reach triple Elite you don't need rank inducements to continue - and reaching Elite does somehow help to enhance your inner calm.

LaveRadio said:
During Episode 336 we discussed the idea of a new rank grind where Shan was incredibly against the idea, but Ben was more “meh” about the whole thing, so we thought we’d get your opinion, do you want:

I've always felt the rankings & stats strongly appealed to the Achiever player type in the sense that the game offers an arbitrary and very large target to aim for (if the player chooses) that is based somewhat on skill (Getting Elite isn't the end, but it's the end of the beginning, you have learned the skills required to play & proved you are able to apply them) and largely based on tenacity. I reached Triple Elite a long time ago, I found the targets good motivation & have used the in-game stats on several occasions as further motivation (distance from start, all the passenger types etc).

So
1. Yes happy to have extra ranks as long as they continue to double and don't just start from whenever the extras were added to the game. There is a certain freedom that comes with being able to say 'done that' and put them behind you once completed though.
2. Could do, might be useful to rebalance Trade rank & Exploration has already had this a couple of times.
3. Maybe? I'd be happier if my ranks could go down as well as up so I have to maintain them, just going back to harmless & starting again seems a bit pointless compared to having extra ranks.
4. I don't think recognition is needed at all beyond what the player wants to say about their stats, I think it dilutes the concept of being Elite at something a bit, but that ship sailed a few years ago so don't really mind. The possibility of achieving Elite status in an activity I'm not interested in won't motivate me to try, but it may for others.
5. Trade could use a rebalance, maybe Exploration too mostly because it's possible to get to Elite without really understanding how commodity markets & exploration works now so maybe the criteria could be tweaked to reward 'true' trade & exploration. Having to find a good place to sell mined commodities is a useful skill, passenger missions & mapping earth-likes in the bubble doesn't teach the player much about star classes & planet types though.
6. Probably yes
7. I think the stuff that is currently gated by rank is enough, no need to have the challenge or difficulty continue to escalate beyond that but more could be unlocked at Elite than is currently.


WRT stats beyond Elite according to my Codex I have killed over 90,000 NPCs and earned about 6.9BCr from selling exploration data. A lot of what counts towards trade rank is missions that the Codex doesn't show but I probably have similarly over-achieved there too. I'm 0% Helpless at CQC & that's unlikely to ever change
Last edited: Apr 9, 2021

I can't be bothered.

As it stands, casual players can take years (or more likely never) to get Elite in Combat; why would we want more of that? They don't actually mean anything either, unlike rank (and that's ships for the most part) or a Sol permit. The game has a steep learning curve and, whilst it is getting better, it's still not exactly inviting. I'd hate to see it become more onerous to the new.

People have "found" five additional ranks after Elite. If that's true and they work the same way as all the other ranks (meaning the next rank requires basically double the effort of what you've already done), then a current Elite rank would only be 3% of the overall way to the finish line.

Elite is the top by definition. Anything more than Elite is like those annoying kids in the playground who used to say guff like "infinity plus one!" It's simply nonsense and wrong. It doesn't gel with the lore or any of the previous games (with the possible exception of Elite Plus and the much reviled "Archangel" rank).

So 5 is the correct answer. It should be left as is.

Elite has been the ultimate rank since 1984.

Archangel was a title granted to players of Elite Plus who completed the Thargoid mission (as an aside, Elite Plus also had the lowest requirement to reach Elite out of the original versions, 1000 kills).

I am an emphatic “No” to ranks above Elite.

I would hope that any achievements for players at Elite rank could be marked by something akin to the medal system seen in Frontier Elite 2 and First Encounters.

D
Been elite for a long time, and without ever specifically grinding for it. It's good to finally have more ranks.

I like the idea, but Elite is the highest rank, so basically what Drew said.

- Rank progression should be slow (see V1.0 era) and not achievable within Days

When it comes to dealing with the Rank Inflation (>10x speedup due to various imbalanced factors), there's only few Options

Essentially all this would do would be to allow Players to spend effort on those Details (Subdivisions) even after their overall Rank has reached ELITE.
(in a sense, taking a bit from INARA and EDSM Rankings to fill it with meat)

The most simple and benign solution would be to implement the mentioned "Bronze", "Silver", "Gold" and "Platinum" Standards to existing ELITE Ranks to allow stretching beyond these, emulating i.e. 3x ELITE in Combat or 4x ELITE in Exploration, i.e. with a corresponding extra Medal to the Rank.
Last edited: Apr 9, 2021

LaveRadio said:
During Episode 336 we discussed the idea of a new rank grind where Shan was incredibly against the idea, but Ben was more “meh” about the whole thing, so we thought we’d get your opinion, do you want:

1. No, no, NO !!! Elite has to be the top rank.
2. Why not but there should be rewards for each step. Dont really care.
3. I don't understand It
4. Totally !!! That would be great. They did It for on foot gameplay so why not more. Wish It would unlock titles to use on your cmdr. Ie Mike Mart "sneaky smuggler" or "antixeno warlord"...
5. That would be fine also
6. No opinion
7. How is this diferent to prestige ?

As a matter of course and in honour of the original, there is only one rank worthy to obtain and that is Elite ship combat rank. The others are meh. In my humble, honest opinion of course.

FD previously dumbed down the Elite ranks to such an extent that they are meaningless (to include appeasing the "I want it now" types by making money earning really easy, allowing delivery & passenger missions to contribute to ranks, allowing exploits in combat missions like skimmers, making gold rushes as normal etc).

This is another short sighted move to patch up previous mistakes that could have been easily avoided.

In short, they've already messed it up so I don't care what they do! 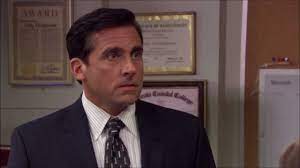 They should add more meaning instead of just making the grind longer. Add more consequences and changes in the game world as a reaction to player rank. However, scaling up the difficulty of the game world and enemies to rank is problematic, since amount of grind does not equal power level.

Not at all bothered by them. It's not like I've never had to grind to get any of my ranks, they just came along as I played and did what I enjoyed.

The rankings are only a measure of time served, so not really indicative of anything significant anyway. There's far better players than me at combat at lower ranks, explorers who have found more interesting stuff and trade... well there's probably a greater challenge in not getting that after playing the game for a significant time.

My vote is leave it alone and spend the time on something else.

I remeber when rank actually mattered.

You couldnt just do any mission if you were some 2 bit pennyless scrub. They want some one who actualy knows what they are doing.

But then well.. that got watered down in to the meaningless fluff it is today.

They will add ranks above elite. It will be little more than the next head line in the degradation of theat title and any meaning it once had.

Personaly i wish for the medal system from FFE or just add another rank like they did with cqc.

Perhaps the navey ranks could have some tacked on system of elite ranks to work thrugh. So you could be an elite rear admiral or a harmless rear admiral. Based on if you got there by being a courier or thrugh combat zones.

The effect of adding ranks is the same as just demoting everyone. Its just more hill to clime. Doesnt matter if they add more hill or put you half way down again, it the same distance to clime back up to the top. As long as you keep your jameson permit it would make no difference at all.. just some number that counts up and changes the name on a grid once a threshold is met you get a little mesage and cary on ignoring it. Cus its meaningless.
You must log in or register to reply here.
Share:
Facebook Twitter Reddit WhatsApp Email Share Link
Top Bottom