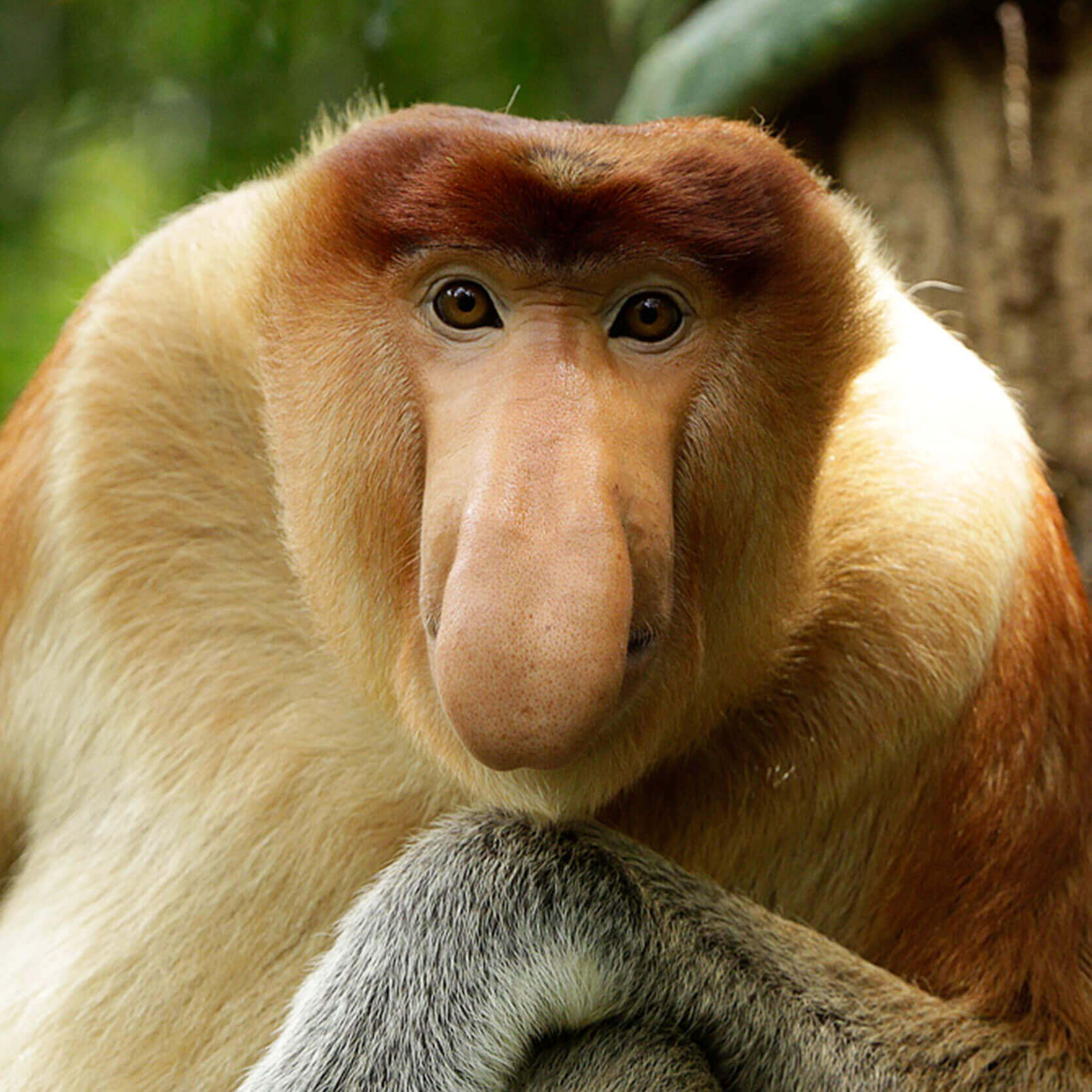 Meet Nasalis larvatus, better known as the proboscis monkey. As the name gives away, the defining feature of this primate is the large, Squidward-like nose featured in males. However, these simians have more to them than a funny face, and this thread will detail why they'd be great additions in terms of gameplay. 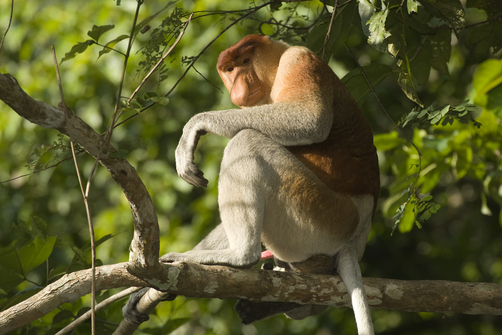 As proboscis monkeys are obviously monkeys, they would require a habitat that has lots of climbable area. This would allow players to translate their creativity to satisfy a very exotic species. 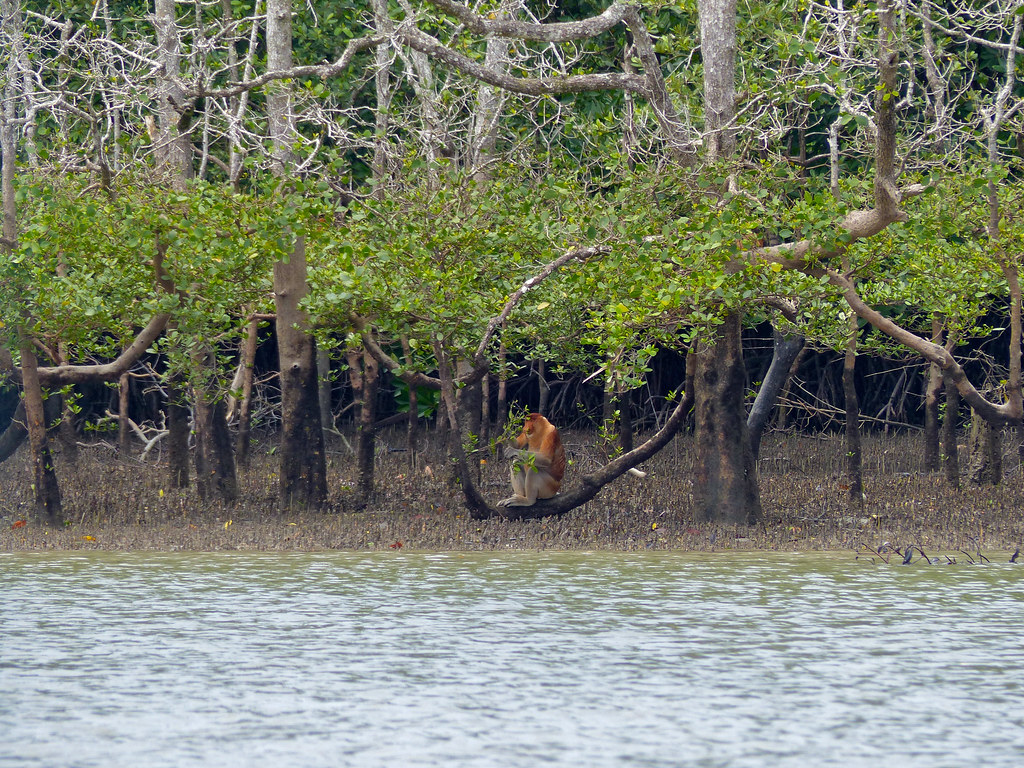 Proboscis monkeys live in the mangrove forests of Borneo, which would give them tolerance to tropical and aquatic plants found in Asia. Their terrain would likely require lots of soil, with a sizable amount of sand and a small amount of grass. Most primates generally dislike water, so the proboscis monkey is a example of there always being exceptions to rules of thumb. To make for a nice segway... 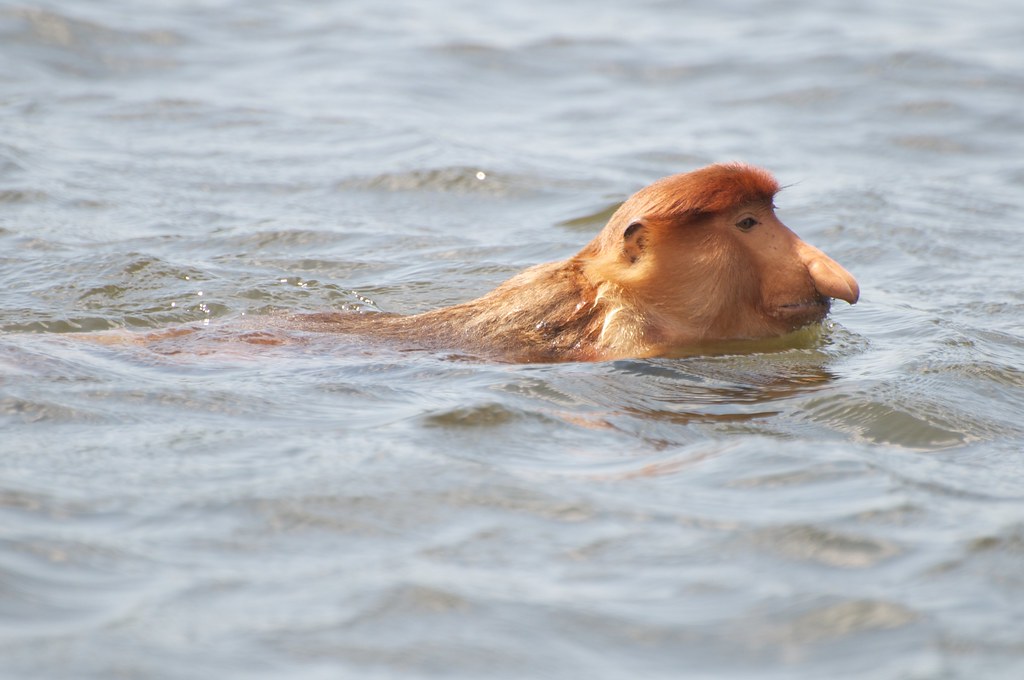 These monkeys can swim! Their feet are semi-webbed, which allows whole troops to cross rivers in search of food. Therefore, it would be appropriate for proboscis monkeys to require a body of water in their habitat.

As expected, proboscis monkeys live in troops (or at the very least a pair). They're also quite tolerate of other troops, with the most amount of aggression typically being a threat display. This would require players to care for multiple of these simians, as being alone would likely decrease their welfare. 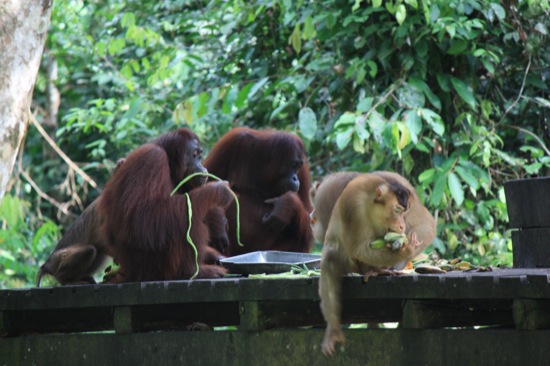 They could also provide a species enrichment bonus to Bornean orangutans, which live in the same area. Simians stick together, ya know?

Conservation and Status
Last point of interest, being that proboscis monkeys are endangered. On top of supporting the game's major founding ideas, their endangerment would incentivize players to breed and release them. This way players would gain from caring for these exotic animals.
Proboscis monkeys are generally rare in captivity, but the Singapore Zoo has had a few. They also have a relatively short track record in terms of captive breeding. These combined, along with a shyness towards humans as a result of poaching, would make proboscis monkeys a healthy challenge for even veteran players.

Conclusion
Given that proboscis monkeys have a unique habitat compared to most primates, are endangered, and have notable social groups, I believe that they would be a beneficial addition to Planet Zoo purely from a gameplay perspective.
Last edited: Jan 16, 2020

I would really like them in the Game. It could be interesting to design a Enclosure for a swimming Primate. I also like this Choice because if we get them, there will be 2 Species from Borneo which would teach the Guests a bit more about this Island

While they are not my faveourite monkey and I don't really miss them. I'd like to say that this thread is AWESOME! I love the style in how you made it and how you not just blurr out a wishlist. My deep respect for taking so much effort and also helping me get to know those animals a bit better. Thank you!

N
They are great animals. I'd support any additional primates. An endangered primate DLC would be a golden addition to the game as a whole - not only would we get more primate species to play with (the proboscis monkey would be a good addition to that pack, as well as, say, a gibbon), we could get a boat-load of new enrichment items and even some new climbing equipment, too.

Like it, I'm all for more mixed species content, even though I prefer the gibbon..
Proboscis monkeys are interesting animals !