R
This is a park that I have been slowly working on. It is all mine except for a few coaster blueprints from Morey’s Piers. The 1996 version will include the now defunct Dinosaur Beach which was new that year on the former Hunt’s Pier and the Great White wood track coaster which was also new on Morey’s Piers Wild Wheels which was formerly Fun Pier to 1985. And Nickels Midway Pier and Castle Dracula which burned Jan 16, 2002. Here is a map of Morey’s Piers to give you an idea. There are a few other piers as well which used to be ride piers but now have go-karts, water slides, etc. like the pier where Castle Dracula was became a water park in 2000 around the castle. 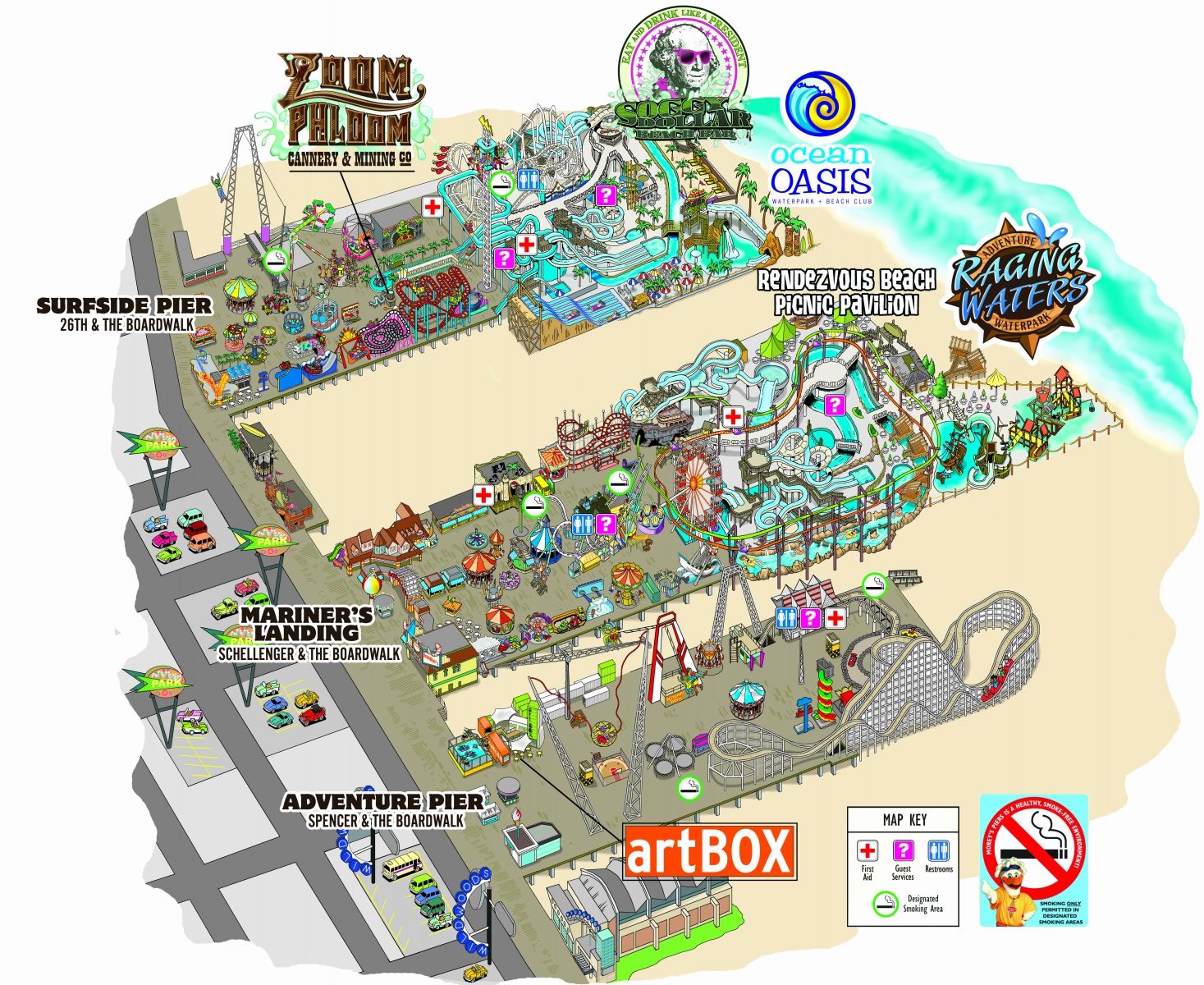