Do these raptors fit in Jurassic world's universe? 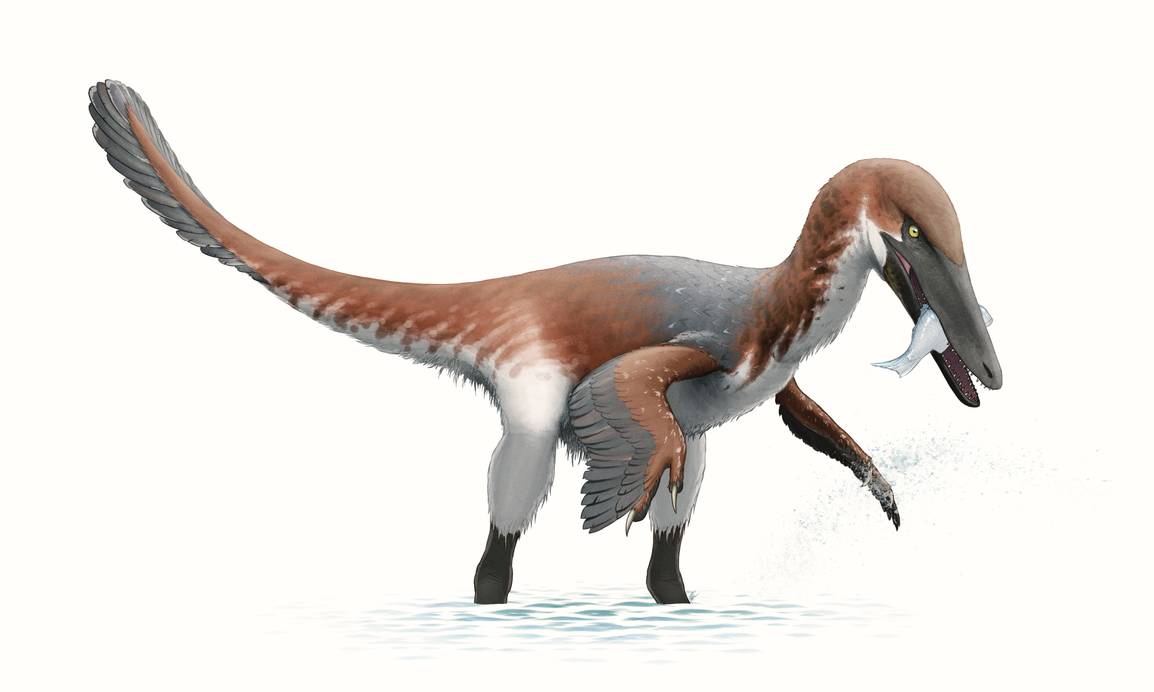 I don't know I think the best dinosaur among these raptors has the the best chance to be included in two Jurassic world evolution and the Jurassic world universe is austroraptor because of its unique evolutionary design however it could use a mechanic where we see it fishing for fish like the spinosaurus and other fish eating dinosaurs currently in the game. That's just my opinion.

Utahraptor was absolutely my number one choice to include into Jurassic world Evolution however the design of the animal is too similar to the velociraptor which is why the dynamic has had to had that silly fish frill however I still would love this dinosaur to be included the only differentiation between this animal and velociraptor could be skins similar to a peacock or any skins that are better than the velociraptors currently in the game.

Achillobator well at 18 ft in length it's about the same size Chaz philosoraptor so not many people would request this dinosaur because of its fossils found in Asia and is a close relative of utahraptor so I'm not sure if this dinosaur would be a good candidate but if any of you know if this dinosaur has evidence of unique characteristics please let me know.

Dakotaraptor is a very close relative of velociraptor due to its unique claws resembling those of the smaller cousins of raptors during the late Cretaceous and lived alongside tyrannosaurus Rex.however this dinosaur pretty much is about the same size as velociraptor to but if this dinosaur were to be included because of fossil evidence showing that like velociraptor there is evidence of feathering on its forearms leaving impressions showing evidence of feathering however frontier could be creative since quills are Canon in the Jurassic Park universe frontier could get creative to make this dinosaur more unique than velociraptor by adding wheels on the back of its head or on its neck as well including quills around the arms to give it a differentiating look. At least that's my opinion how to make this dinosaur unique.

So everybody anybody want to give me any comments that includes possibilities if any of these dinosaurs included please let me know, also what do you think of what I said so far if you agree disagree or you think there could be more more favorable candidates that needs to be included let me know.

A
I think it is possible, given that there are a number of skeletons that they could be rigged to to make em work... though they would likely be designed without feathers for JWE. Of the bunch, I think that Utahraptor and Austroraptor would be the most likely candidates, as Utahraptor has bee requested a bunch already, and Austroraptor could work really well with the new fish feeders.

I'd dare say Dakotaraptor is fairly unlikely however... largely because the Jurassic raptors are basically Dakotaraptors already... which sucks because it would be nice if we got real Velociraptors...

DragonNTiger said:
Utahraptor and Austroraptor could both work well... Utahraptor is theorized to have been bigger than the Jurassic raptors, so it certainly wouldn't be identical, and Austroraptor is very unique for a dromaeosaur, being a short-armed piscivore.

I'd dare say Dakotaraptor is fairly unlikely however... largely because the Jurassic raptors are basically Dakotaraptors already... which sucks because it would be nice if we got real Velociraptors...
Click to expand...

I think real Velociraptors are too small (not that we'll ever get them anyway).

The real Velociraptor was about 2m long and about half a meter high; not much smaller than the recently added Homacephale (and let's not bet against anything smaller than the latter being added just yet). The only reason a real Velociraptor wouldn't be added to this game is... well, there's the obvious, of course. Now, Dromaeosaurus, which is about the same size as the RL Velociraptor, on the other hand... that robust skull would give it a unique appearance.
You must log in or register to reply here.
Share:
Facebook Twitter Reddit WhatsApp Email Link
Top Bottom