G
Currently in-game, macaws are birds that will appear when you use the forest landscaping tool. Flocks will spawn in the forest and fly out until they de-spawn at a certain height. This is what they look like up close: 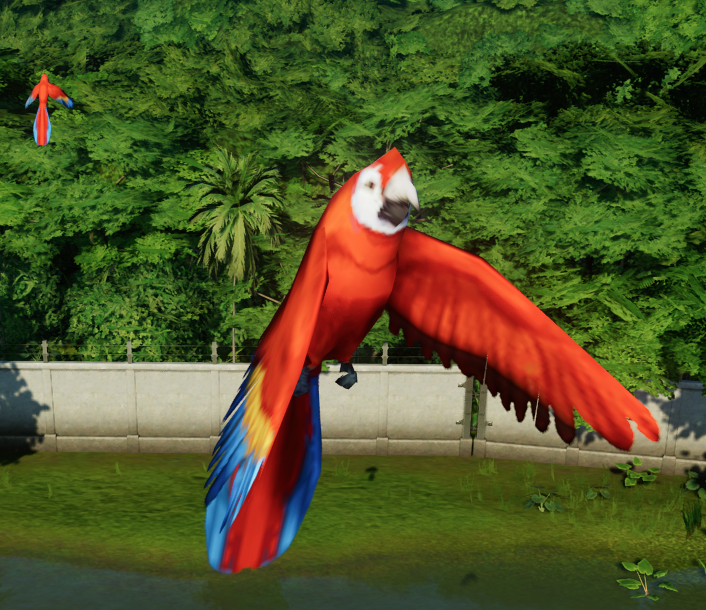 So I've been thinking of possible ways to make them more dynamic to the in-game worlds.

One, they can also spawn in as flocks flying in one direction away from the player's screen view, kind of like the transport and fossil helicopters when they spawn in the world. Some macaws noises playing within the entity can make them even more lively.

Two, maybe they can do the same as they currently do, but will randomly fly out when ever large carnivores, giant herbivores, armored herbivores, and/or medium herbivores run into the forest. Because the Indominus rex's camouflage actives when in the forest, I think making the parrots fly out whenever a big dinosaur runs (not walks, but runs) in the forest can randomly activate the flying macaws as they do when forest is placed in your parks.