Discussion EDDI + Voice Attack How to use variables

A
Hello everyone guys!
My name is Alessio Bardaro, I am Italian, and I returned to playing Elite Dangerous a short time ago. I play Elite Dangerous using a hotas. I would very much like to make the game more immersive, especially if I think of the possibility of being able to play in VR. To do this I decided to create a voice assistant using Voice Attack.
As everyone knows, Voice Attack does not automatically communicate with the game, but through macros, but I learned about EDDI as a program that allows you to read the game states from the Player Journal. I have the Voice Attack license and i installed EDDI correctly, but what I can't understand is the syntax I have to use to call up variables within the Voice Attack code.
For example if I wanted to create a command that allows me to extract and retract the landing gear, how do I check if this has already been extracted or retracted?
EDDI's documentation says that there's the {BOOL:Status landing gear down} variable that gives me a boolean value (true/false) if the landing gear si down or up, so how i use it in the Voice Attack code?
So logically the code would be the following:
when i say "deploy landing gear" (obviously using italian language, otherwise i would have used HCS Voicepacks)

P.S. I'm sorry for my English!!! I admit that i used google translate sometimes!!!! 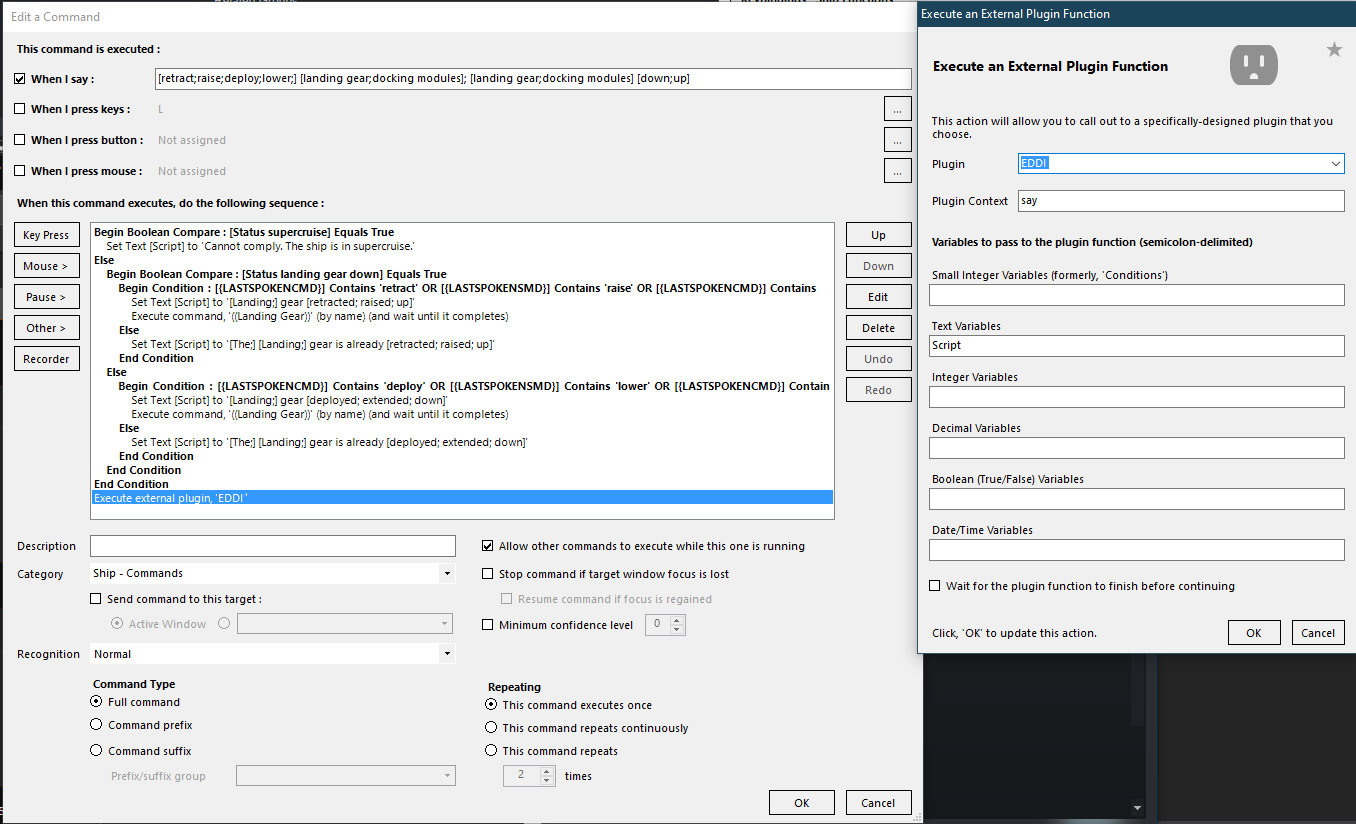 A
thank you man! i don't know what i was doing wrong, but know VA is perfectly working!

Thanks for sharing this. I've used VA for years but only downloaded EDDI last night, I've been meaning to do it for a very long time. Would you mind sharing the code for this command please?

Thanks a lot! Evo

H
Another example to study...