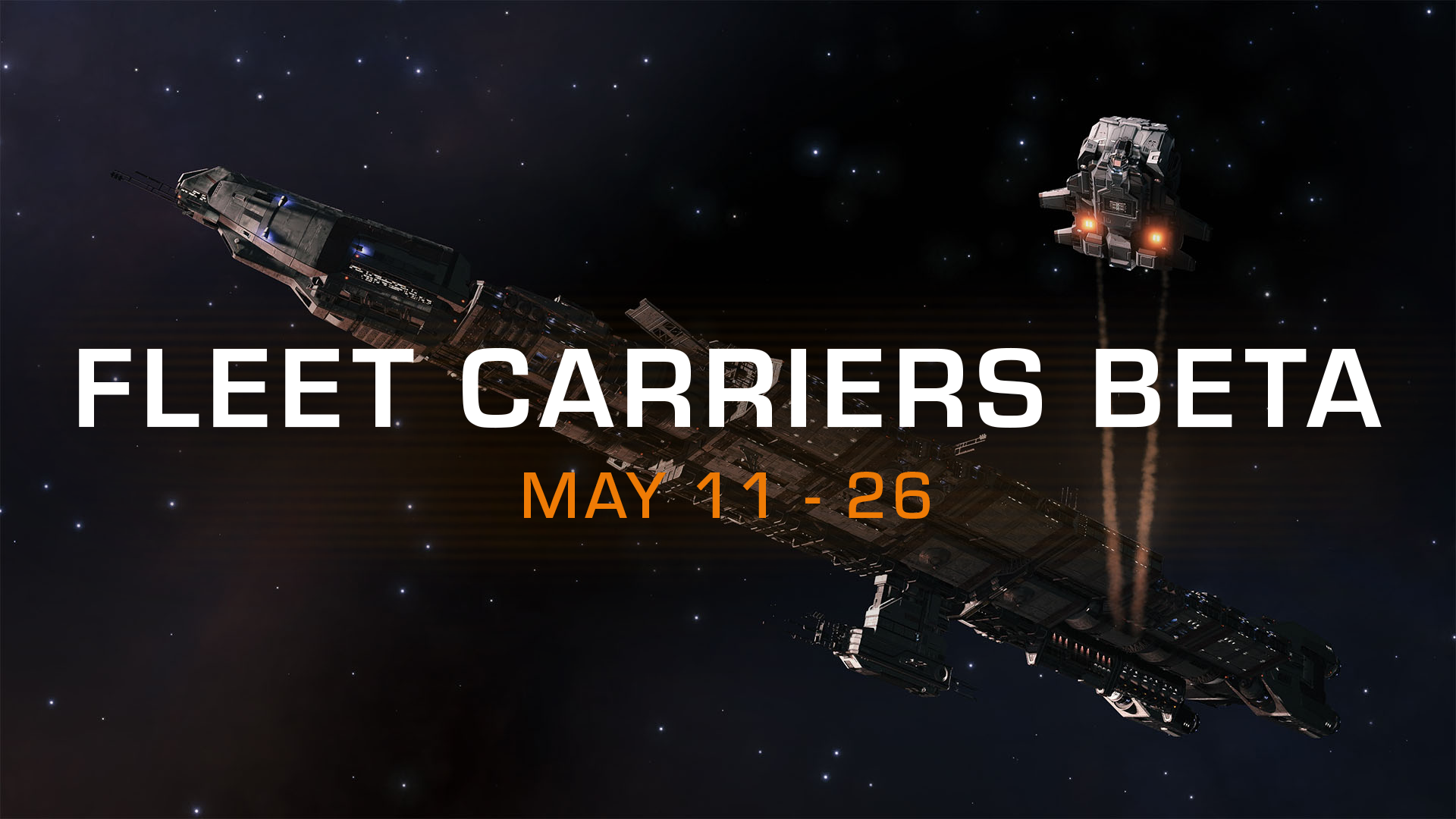 We've very excited to bring you this beta, which is coming to you on all platforms for the very first time. Whether you're on PC, PlayStation 4 or Xbox One, you'll be able to take part!

As a reminder we will be using the saved game data from the live game taken from 30 April (remember what happens in the beta stays in the beta!).

PC Commanders will be able to join the beta following these steps:
If you are planning to jump into the Fleet Carriers Update - Beta 2 on PlayStation 4 or Xbox One, here is how you can register your account for participation:

WARNING: The beta will not be live until 11 May. Redeeming the code before this date, will download an older version of the beta. This is not accessible and will fail to connect, however, your beta application will automatically update with the Fleet Carriers Beta 2 on May 11.

We will be announcing more information on the changes and improvements that we have made thanks to your feedback in the near future.

Thanks, looking forward to it on both PC and XB

Thanks Stephen (and The Team)!

Looking forward to the patch notes.

I can also hear the collective brow wiping and sighs of relief from the mods about this line being added:

(If you use the Elite Dangerous launcher skip to step 4)

Excellent, I can test out my plans for the DSSA.

Please, include any specific point Frontier expect us to evaluate as you did last time.

Thanks! Can't wait to give it a second run!

May the 4th be with you.

Thanks,will there be a new bridge or exterior view for jumps? (sorry ,i really would love to see it)

Koben said:
Please, include any specific point Frontier expect us to evaluate as you did last time.

Thanks! Can't wait to give it a second run!
Click to expand...

We will be adding beta testing guides and focused feedback sections on the forums like we did for Beta 1 closer to the time, thanks!

Nice. This time I can afford one.

You know we are always hungry for information.

Good to hear. Looking forward to seeing what we got to play with.

Thanks for the update! This beta will decide whether I'm gonna care about FCs, so I'm excited to see the changes!

Question..
Regarding fleet carrier refuelling. As an additional alternative to mining, could there be tritium fuel scoops available for ships? For collection at certain stars for then transferring over to the fleet carrier fuel tanks?