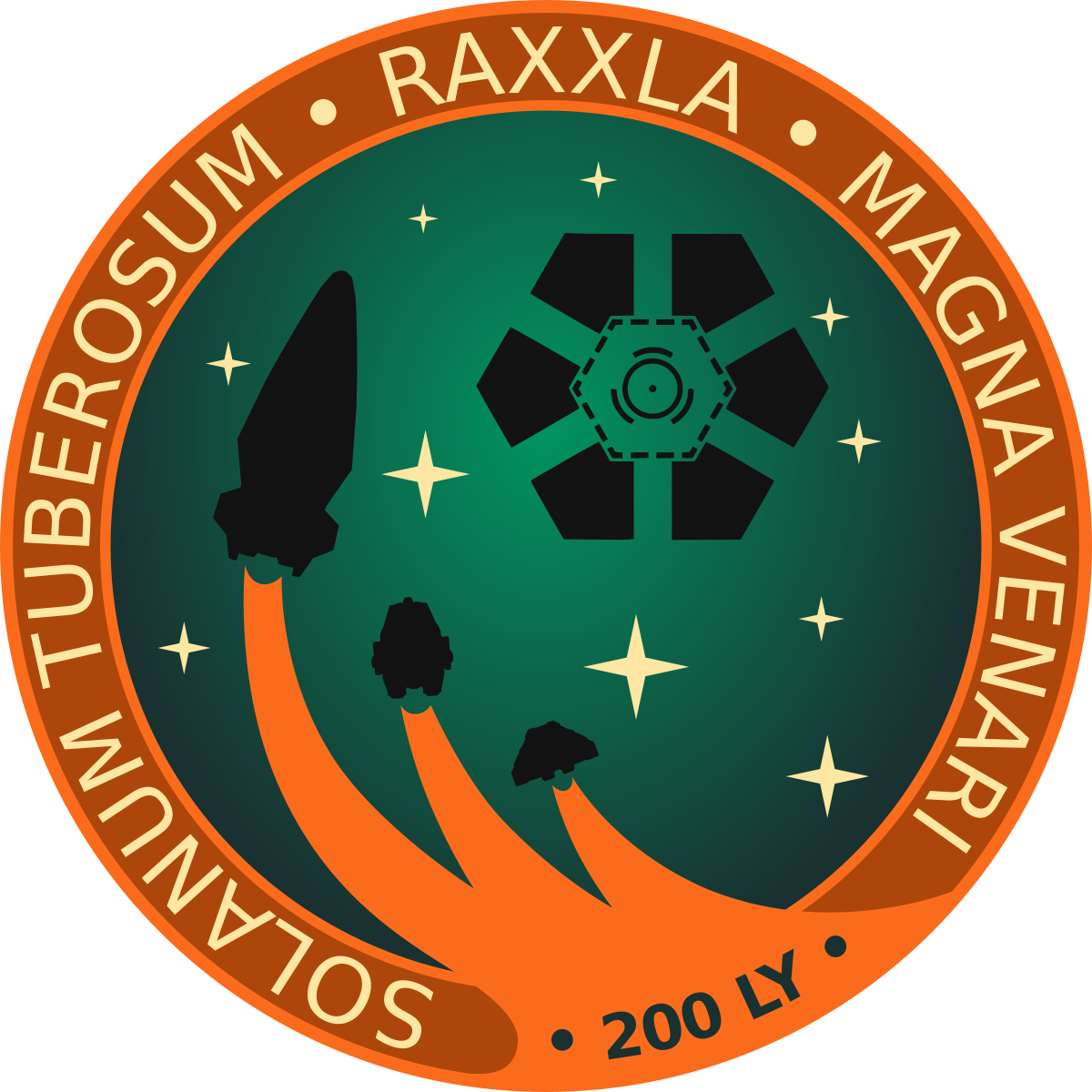 This is the Great Raxxla Potato Hunt, a collaborative exploration project.

This project has the goal to search every star system within 200 lightyears of Sol, including systems already known, to find Raxxla or eliminate those systems from future search. This volume encompasses an estimated 68,000 systems.

We are seeking interested CMDRs as well as feedback. The search began on January 10, 2020.

If you want to join or just follow along, visit our Discord:
https://discord.gg/AzkcU2y

You can view a document detailing this proposal here (slightly out of date):
https://docs.google.com/document/d/10B5COfcgchHE2KcMyn4sSp-slitmoHWegQtasoapAOQ/edit?usp=sharing

I'd be surprised if there are systems within 200 lys of Sol that haven't been scanned by now. I mean you're still in the Bubble at that point aren't you?

M
That's a common assumption. That search volume has around 135,000 systems. It's unlikely that every single one has been completely scanned. Also, the bubble is ~150ly in radius, so there's still a large volume outside it to search.

protoculturejunkie said:
I'd be surprised if there are systems within 200 lys of Sol that haven't been scanned by now.
Click to expand...

Remember, many systems in the bubble are pre-scanned by default, meaning you'd have to scan the nav-beavon to get the systems' data in a usable format - which I assume has not been done for many of those systems.

M
Well, I hope this project finds success. Spread the word. Any commander, not just explorers, could contribute.

If it weren't for the fact I'm making my first run to Beagle Point I'd help out a little. I know there's a guy in my friends list that has been in on the search for Raxxla. I'll send him a link to this thread.

M
Thanks protoculture. The main effort is expected to begin in January. I'm out near Beagle Point myself. =D

E
This is a good idea and how far you have to go to find untagged systems was recently covered by this thread: https://forums.frontier.co.uk/threads/some-data-how-far-to-go-to-find-a-new-system.521297/

As a result of that thread, I have been doing exploration close to the Bubble recently (within ~300 LY of Sol). I have, rarely, encountered untagged bodies. Mostly these are icy or rocky ice worlds and the odd gas giant 50+KLs from the jump-in point around a non-scoopable star. Completely untagged systems are much rarer but I have found a couple.

If your intent is to find and completely map these systems, I suspect you are more likely to discover The Dark Wheel's secret base than Raxxla. According to the Codex, The Dark Wheel's base is hidden in orbit of the 8th moon of a gas giant. (I'm not sure if the image in the Codex is actually it but there's a separate thread discussing that). I have certainly found untagged 8th moons. Also, a potential host moon only needs to be unmapped, not untagged, to be hiding the base.

Raxxla is a very unusual case, as it might not appear on the FSS. There may be as many opinions as players as to what it is. I think your search would only be able to rule out that it is not discoverable via FSS in the search region. It might, for example, be millions of Ls, or even several LY, into deep space and only appears if you are close to it. Given the time frame for its discovery, I suspect it is within 100LY of Sol but it needs precise directions to find, with The Dark Wheel's alleged toast possibly providing a constellation-themed set of directions but lacking the start system and distances that need to be travelled.

M
The document above has a section detailing how we arrived at 200 ly, but the gist is that at the time Raxxla was first mentioned, humanity didn't have the technology to travel beyond that range. The sources that's based on are in that document.

Sorry ! Just realised you're talking about Raxxla and I was talking Dark Wheel. My bad !

M
No worries, we are interested in gathering any info and hints that might suggest which areas of the search volume that we should prioritize. The Dark Wheel is definitely linked to Raxxla... somehow.

This almost sounds like a troll by FDev to get players to login and search for something that may or may not even really exist in the game but, I do not think FDev really wants anyone to "discover" Raxxla. If Raxxla is ever found I believe players will very quickly learn that it is ephemera, with zero relevance to actual gameplay except as something to search the galaxy for. o7

JetsonRING said:
something to search the galaxy for.
Click to expand...

That's all we need.

It is a noble dream but I believe at this point it is either behind a permitted system (yet to be revealed) or a worm on a hook until Frontier can figure out exactly how to work Raxxla into the end of this chapter and the beginning of the next. Sure I still check out 8th moons and hope a Dark Wheel whistleblower will turn up, but I seriously doubt we'll get a lead until Dec next year, and that is as much a wish as the rest of the search has been.

What exactly are we looking for?
How will we know it should we encounter it?
Does it have any distinguishing features?
It looks like a good quest, I'd like to get involved,but i'm nowhere near the bubble, and likely won't be before next year.
Last edited: Dec 3, 2019

M
Jetson, Rooster: You could be right, but that isn't a good reason not to try. Besides, there's that saying about the journey, and there are a lot of CMDRs to meet along the way.

Phong: We are assuming that Raxxla will appear as a hand-placed Point of Interest during a scan - like Human or Guardian sites, these should appear immediately on the FSS. Any such discovery is noteworthy and bears further investigation, regardless of whether it is immediately apparent that it is Raxxla.

We are planning to start the search in January, so you have some time to make it back. I'm out near Beagle Point myself. It will take some time to complete, so you can join up part way if you like. The organization we're developing allows you to participate a week at a time if you like. We expect CMDRs to come and go over the search period.

At my age, I've learned that if I'm looking for something to stop looking... it will turn up all on its own.

Do you have a consol search arm ?

I've been doing an extensive bubble scan for a month now. I have 625 systems in radius around sol completed so far. It is my plan to cover all of the bubble doing 1k systems around each capital area and faction head. my primary goal is to visit all systems in the bubble, I wasn't actively looking for raxxla but I admit I have been checking the 8th moon around a random gas giant kind of closely to see if theres a stray orbital station floating around. Have fun on the search.
You must log in or register to reply here.
Share:
Facebook Twitter Reddit WhatsApp Email Link
Top Bottom