Is the Thargoid storyline dead? 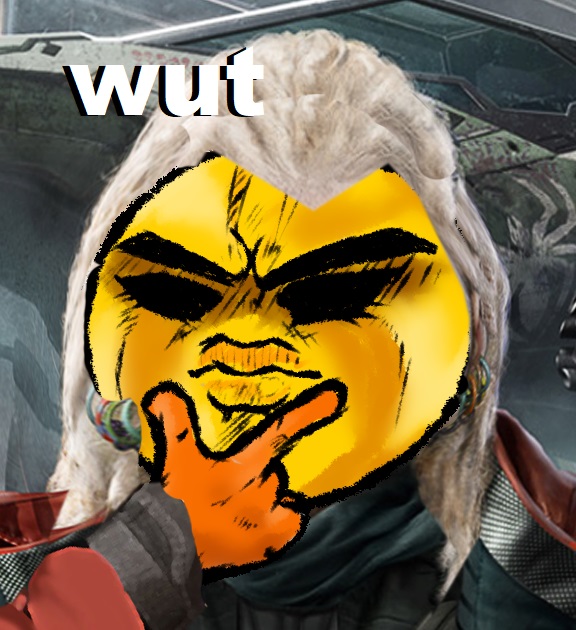 My bet is on the WH being the place where it finally kicks off (if it ever does). I have about half my fleet over there now, the views are good if nothing else, plenty Thargoids to poke with sticks etc...

to me, the whole game is dead for another year

The Thargoid hive(s) doesn't morn loosing thousands or millions of drones while they're training us to battle an enemy they fear more.

Pretty sure Galactia Class is smaller than our fleet carriers actually, but I'm not a BSG Buff.

Kamiyoda said:
Pretty sure Galactia Class is smaller than our fleet carriers actually, but I'm not a BSG Buff.
Click to expand...

Ah, but the weekly drama, romantic entanglements, etc, will be never-ending.

Ok, seriously, small rant regarding Thargoids. I believe I had stated this before but it's worth it. I've never played the original versions but from the youtube videos I've seen, Thargoids were tossed into the mix of activity on random jumps just to put some variety into the grind of one jump after another. You had to fight for your life when they showed up. If you win, you got a few goodies. If you lose, well, there's that re-buy screen and the lose of cargo you were carrying.

It was important to win and they were a serious issue to deal with.
It was also possible to battle them by using the same weapons you'd use for any PvE or PvP situation.

THAT is what I expected. THAT is what everyone was fearing would happen. "Winter was coming."
THAT is what SHOULD have happened. Being "optional" was never supposed to be an option.
They were supposed to get in your face and make you fear them because they were a boss character.
Now we just avoid them if we wish.

If Frontier really wants to bring some white-knuckle moments back into this game, that's what they need to do; put them back the way they were in the original games, normal weapons work on them, could happen anywhere in the bubble (or Pleiades / Witchhead areas), survival provides materials or valuable items, even rescue captured pilots (npc's of course, but whatever).

Now, if you want to go AFTER THEM, heading into areas where they're centered (i.e., Col 70 Sector - if it ever opens), THEN bring the AX weapons, but until then, they need to be (1) in the bubble, (2) random events, (3) destroyable with normal weapons.