Today I visited - and returned safely from - Kyli Flyuae AA-A H4, 3381LY below the galactic plane. I believe this is a new record

I will gladly post some pictures of the system map as proof, if someone could please enlighten me as to the best way to get Xbox snapshots up onto the forum? In the meantime here is a video of me making the jump and getting - at the last moment - the double neutron supercharge needed to come home. I am happy to say I pulled it off at the first attempt!

The route uses only a few systems, but involves a huge double neutron jump at the end; as such it will be accessible only to the most highly engineered Anacondas. It also requires that one scoop a precise amount of fuel at the start so as to arrive at said huge jump with just the right amount left in the tank. Here is how I got there and back out (all systems Kyli Flyuae sector):

From there you are within basic jumponium range of several systems. I jumped back to XJ-Z E3 and retraced my steps from there; I actually needed a standard boost as in my relief at getting to safety I scooped a bit too much fuel!

Any advice on uploading to EDSM and other sites would be greatly appreciated. I took distances to several known systems to aid triangulation. 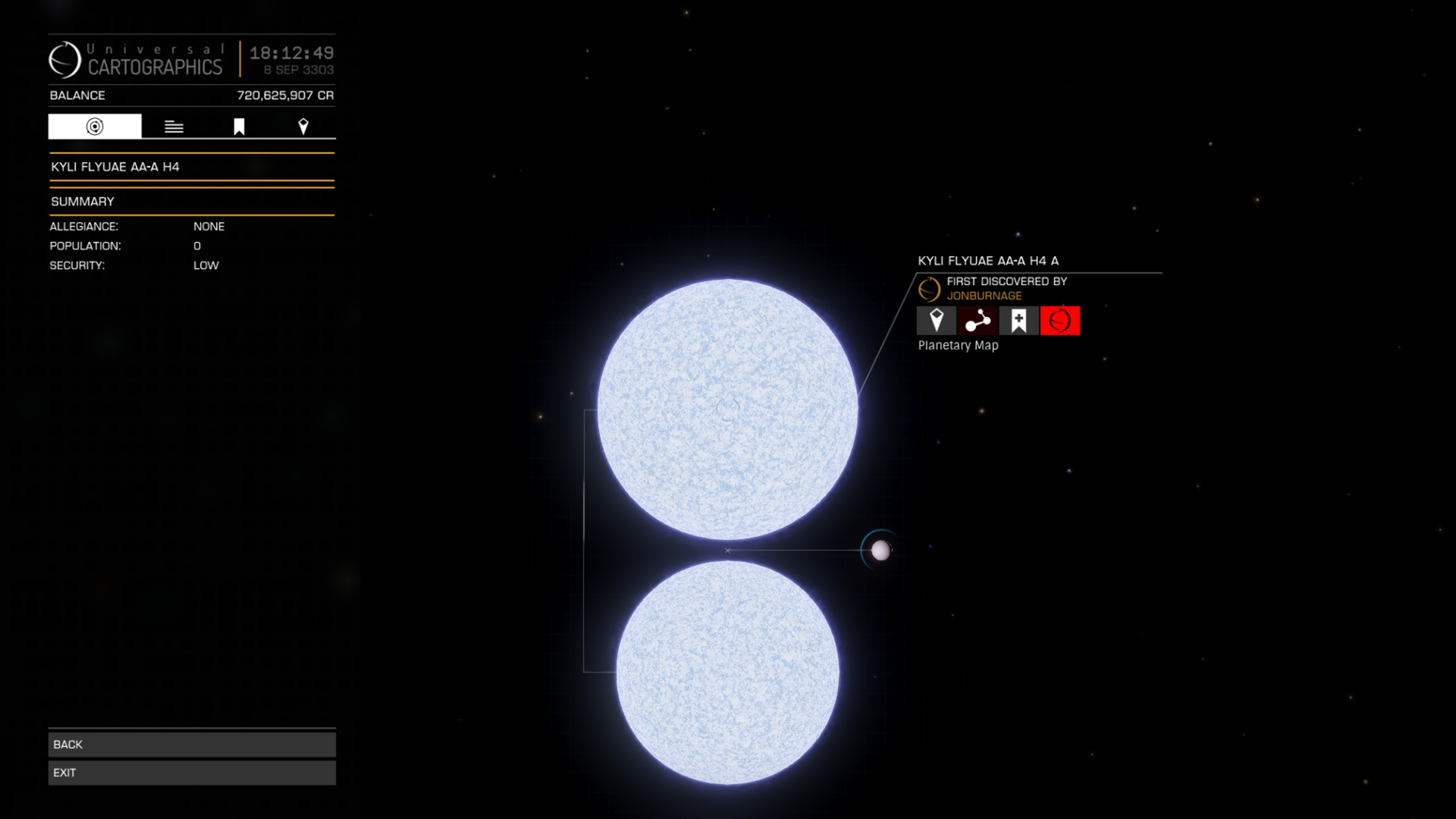 Congrats, that's a great achievement! It's definitely a new record and I would be extremely surprised if it could be beaten with current jump ranges.

Not sure about the EDSM stuff, but probably best to send a PM to AnthorNet so you can get it recorded, https://forums.frontier.co.uk/member.php/89058-AnthorNet

Thanks - I will do that! I've figured out the pictures so here come some snaps... 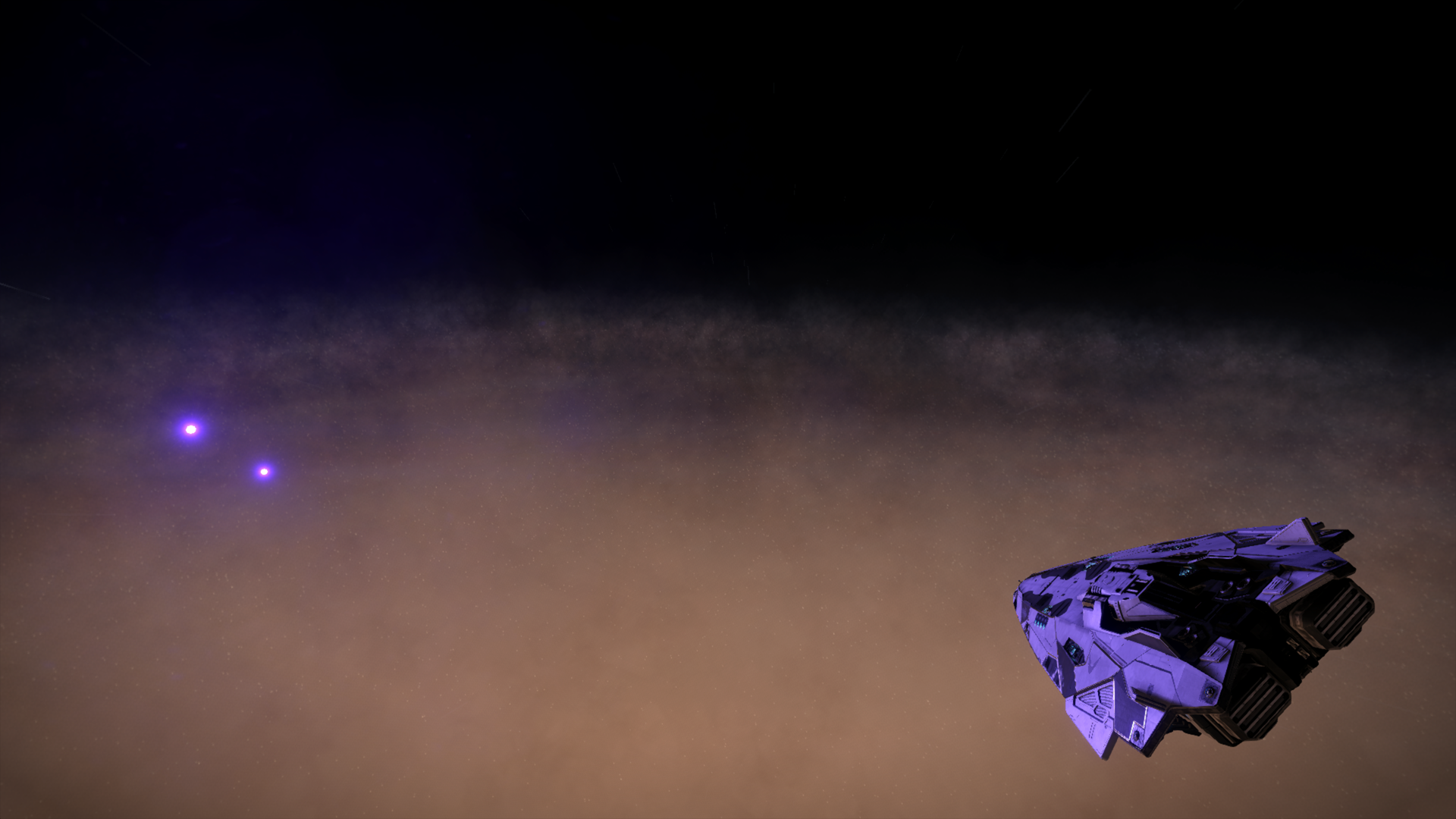 This is hardcore exploration

Regarding your PM, if you want ti registered to EDSM, you'll need to create an account and send your flight logs

Sorry I should have mentioned - I am on Xbox so I can't send flight logs. I did make an account; is there any other way to do it? I read your FAQ and understand you previously used distances to trilaterate coordinates. Whilst I was there I measured the following:

That's a very nice achievement indeed. The view from below the Galactic Plane is truly beautiful, I've only been ~2,000Ly below but now I'm really tempted to see if I can ̶r̶e̶a̶c̶h̶ get close to your system in the Asp. 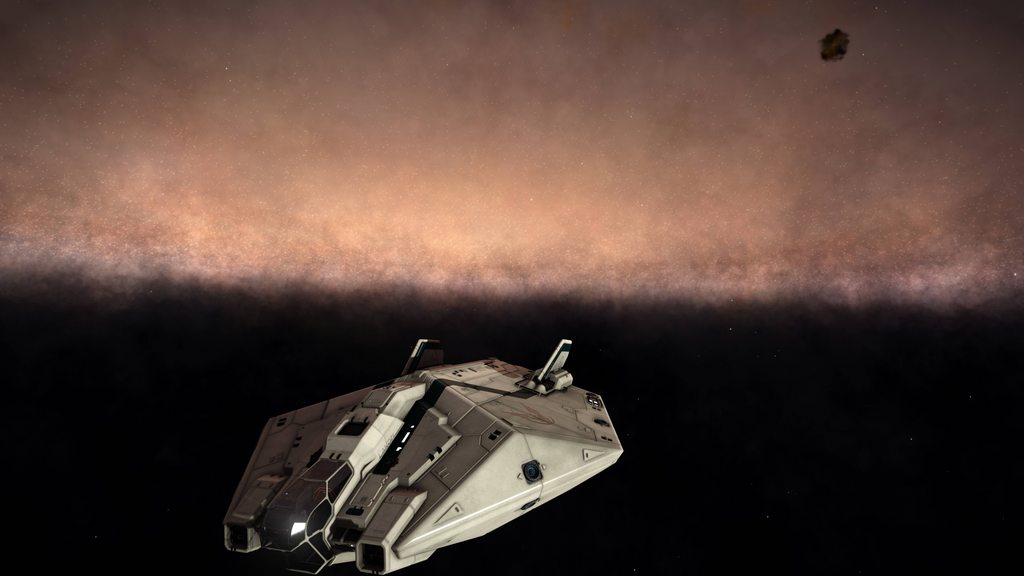 Ozric said:
That's a very nice achievement indeed. The view from below the Galactic Plane is truly beautiful, I've only been ~2,000Ly below but now I'm really tempted to see if I can ̶r̶e̶a̶c̶h̶ get close to your system in the Asp.

Poor Asp, he can't get to this magical places ;(

It is a bit of a shame that the jump range requirement is so high. When I first found the system I couldn't make the last jump - my exploraconda 'Endurance' being able to jump only 66.44LY (with minimal fuel) in its normal configuration. I had to fly 9kLY to Colonia where I stowed my shields, SRVs, boost-capable distributor and long-range (i.e. heavier) DSS. A 1D distributor and stock DSS later and I could get 69.17LY out of her, which was just enough. The most demanding part is the return leg, because you have to make the huge jump and then another jump after that without refuelling.

Many thanks Redfox - will it be able to go on EDSM then?

JonathanBurnage said:
Many thanks Redfox - will it be able to go on EDSM then?
Click to expand...

Fantastic, thank you again. I submitted the distances I measured; -3381.375LY looks like the final result.

Do I get to name it?

JonathanBurnage said:
Fantastic, thank you again. I submitted the distances I measured; -3381.375LY looks like the final result.

Head over to the Galactic Mapping Project thread for that

EDIT: You did. Nevermind!

thanks Redfox for using our BBCode, a shame it still haven't been advertise by Frontier after all this time!

I will link the record to your account next week, it's a special record, so please send me the email you use to register to EDSM, and the date/hour in UTC when the record was done.