We're on our way Down Under, and hope you're ready to join us! We're pleased to announce that Planet Zoo: Australia Pack and free Update 1.3 have launched, and are ready to download and play!


Update 1.3 is free for all of our community, and will add a variety of different features that will add to your gameplay experience. In this update, we're bringing animal colour variation that will help you identify individual animals around your zoos.

We're adding in Timed Scenarios, which differ from Career Scenarios, as you'll have to maintain your objectives throughout the scenario to complete them in a time frame. We'll also be adding the highly-requested Vending Machines, Staff Management multi-select, and, of course, added creativity!

We can't wait for you to visit our new Desert Oceania Sandbox Biome, and try out the free, lush foliage, warm-red rocks and three paths! Read all about what's included in Update 1.3 here.
Planet Zoo: Australia Pack is adding five beautiful, iconic animals: Koala, Red Kangaroo, Dingo, Southern Cassowary and Eastern Blue-Tongued Lizard. They'll arrive with their own challenges, so make sure you keep visiting the Zoopedia to see how best to care for them. 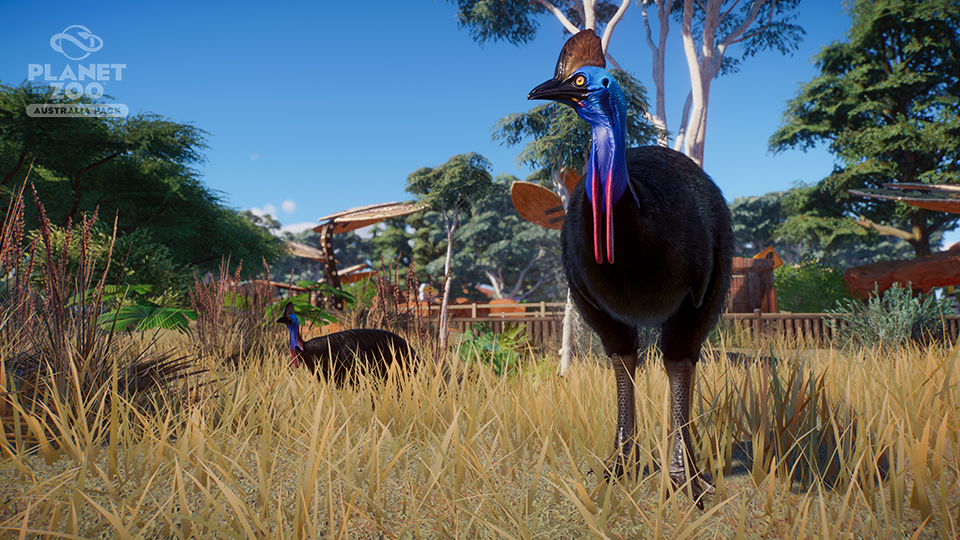 Experience the Australian outback, and create an eco-friendly environment using the new assets designed to look upcycled and given a new lease of life - there are over 230 building, scenery, and foliage pieces for you to get your hands on. We cannot wait to see the designs you come up with, using these new pieces!

Planet Zoo: Australia Pack will be available to purchase from Steam and the Frontier Store for £7.99 ($9.99, €9.99). You will need the Planet Zoo base game in order to download and play this extra content - however, Update 1.3 is free for all players to download right now.

Thank you to our brilliant PlanZo Fam for all of your support and feedback. Please keep an eye out on our forums and social media channels for all news and announcements about Planet Zoo. Tune in to our Planet Zoo: Australia Pack showcase stream at 12:30PM BST today!

Increased sexual sterility age of African Buffalo from 15 to 20 years to make them easier to breed.
Click to expand...

There are some really nice surprises here. I am especially hyped about the Buffalo change. I had already given up on breeding them

This is a very nice step to give some animal species more character. Something similar for climbing would be much appreciated
Last edited: Aug 25, 2020

Update notes like these bring a tear to my eye.

This is amazing! Thanks so much! Already bought and installing.... <3

A good tea, we hope!

Running over to Steam

Thanks for the amazing update and all the work that went into it.

And the trailer for Australia pack is, like always, spectacular! Cannot wait until I can download it and play.

great update! but I was wondering if the protesterbugs are also fixed (in franchise where they won't leave, even though the welfare is over 95% or the animals are gone for years, and in sandbox where the guests complain about invisible protesters when welfare is turned off)

Oh, I remember some time ago that it has been said that the team is working on aardvarks being able to use the natural mound enrichment for anteaters. Is this still being worked on, because I did not find it in this update.

TigerPaws said:
great update! but I was wondering if the protesterbugs are also fixed (in franchise where they won't leave, even though the welfare is over 95% or the animals are gone for years, and in sandbox where the guests complain about invisible protesters when welfare is turned off)
Click to expand...

Not a fix but did you see this useful post on the forum the other day? https://forums.frontier.co.uk/threads/a-way-to-deal-with-the-bugged-protesters.553184/

I thought it was a creative way to get rid of the issue!

Can’t wait to play! This game just keeps getting better and better. Big thanks to everyone at frontier for listening to the community feedback and continuous improvements and hard work.

Great, ready for a game session this evening

You might want to consider adding Indian Rhinos to that category, as wetlands are an important part of their ecology.

Established in 1964, the IUCN Red List of Threatened Species has evolved to become the world’s most comprehensive information source on the global conservation status of animal, fungi and plant species.

Are these symbols on the construction pieces new? I don't remember them before and I'm wondering what they mean.
Last edited: Aug 25, 2020

How did nobody mention the koala bbq light?! It’s the best piece of all time!

My wolves seem to be labeled incorrectly? My grey are “red-brown” and my reds are “grey”.

J
anyone else got issues with his workzones? the moment i want to edit them the game crashes instantly

Simply great Frontier!
I really like the far more informative changelog and I also happy that the food quality bug seems to be finally fixed.
The vending machines are great and also better implemented than in planet coaster, simply perfect.

and of course this one: 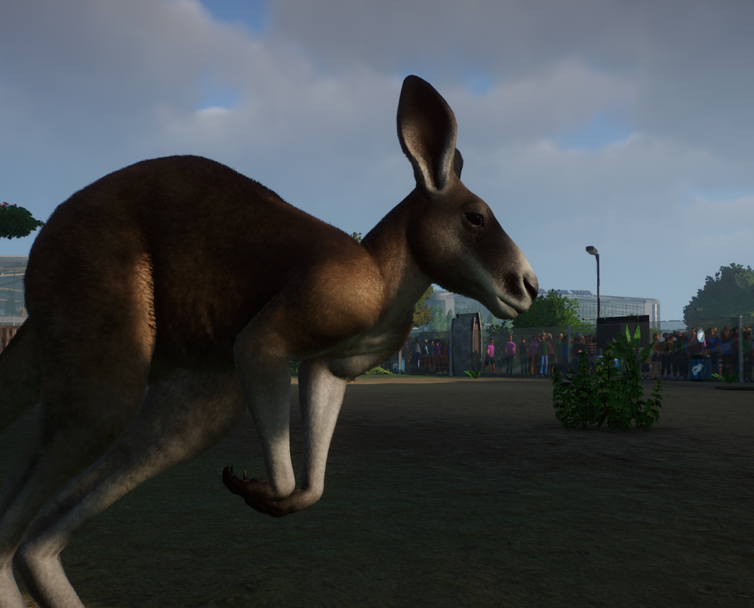 ...is also something that I have missed so far.