Yea for beta! Thanks for the update. Communication is awesome!

StarfireIX said:
Do I sense Open-Only PowerPlay getting closer?
Click to expand...

Possibly, or a completely redesigned powerplay that can incorporate every gameplay style reasonably successfuly. But I don't think that will be Q4, more likely next year. 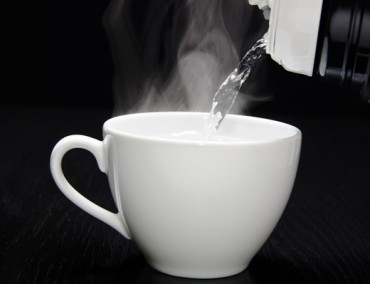 R
Are you serious, this time?

You could put the FFB thread in a forum where people can't create new threads to funnel the event. Asking for a friend who has all of DD on block

Great stuff, thanks Will!

Keep this up please FDev, keep us informed, keep us engaged.

Do these count? I made them this morning....

*Looks in with interest.*

That's some carbs paradise right there.

Biowaste on tray, in its predigested form.

Later today we’ll be presenting to you our vision for Exploration improvements, in a post on the forum, and we look forward to hearing what you think. As this topic will function differently from previous Focused Feedback topics, we’ll be asking you to share your feedback on the thread itself.

Vision for me is something what does not exist yet. So I bet you are heading similar way with "visions" as the other space game dev on the market. It's not about vision, it's about facts and what you have already done, isn't it? It's also called exciting news, coming soon maybe one day (you refer to it consistently as "near future"). I think it is gonna be another post, stream which will create hype and nothing else. I personally do not bother even reading it anymore, as i'm not as excited as you about great future improvements which are not in development yet. And i slightly feels sorry seeing people getting excited about it, even though you failed them so many times on such a exciting way.

Are these Thargoid eggs?

That's AWESOME ! Thanks...was really worried that we wouldn't have any glimpse of the chapter 4 exploration before launch.

Keep it roling, communication is important for us whiners & fanboys

You need to do announce something on Powerplay at some point.

The lingering death you've currently got it in is painful to watch.

I feel sorry for the poor players plugging away at defeating the 5c and the bots whilst you kick the can down the road a little further every time it's mentioned.

Not to put a downer on it, but this:

We also wanted to take a moment to talk about the Powerplay discussions. Whilst this was never planned as part of the Q4 update of Beyond, it is still a feature that we wanted to collect feedback on and investigate and we thank you for that. The discussions players have had about Powerplay give us strong guidance on how we may revise the feature in the future.
Click to expand...

How many years will you string the Powerplay community along for? Leaving out the Open Only aspect, unless it has urgent attention there is no point joining a power because they'll get 5Ced to death. Is it to be removed, or folded into carriers / squadrons? Whole communities are waiting for an answer, or for any glimmer of hope.

Can we have some assurance it will get looked at? Using words like may for a headline feature is kind of disappointing to a lot of people.

Thank you very much, Will, for the update.

Looking forward to everything you mentioned!

2.8% of healthy eating though (probably overdone it on the hidden salt content)