At night the tropical hall looks a bit different: 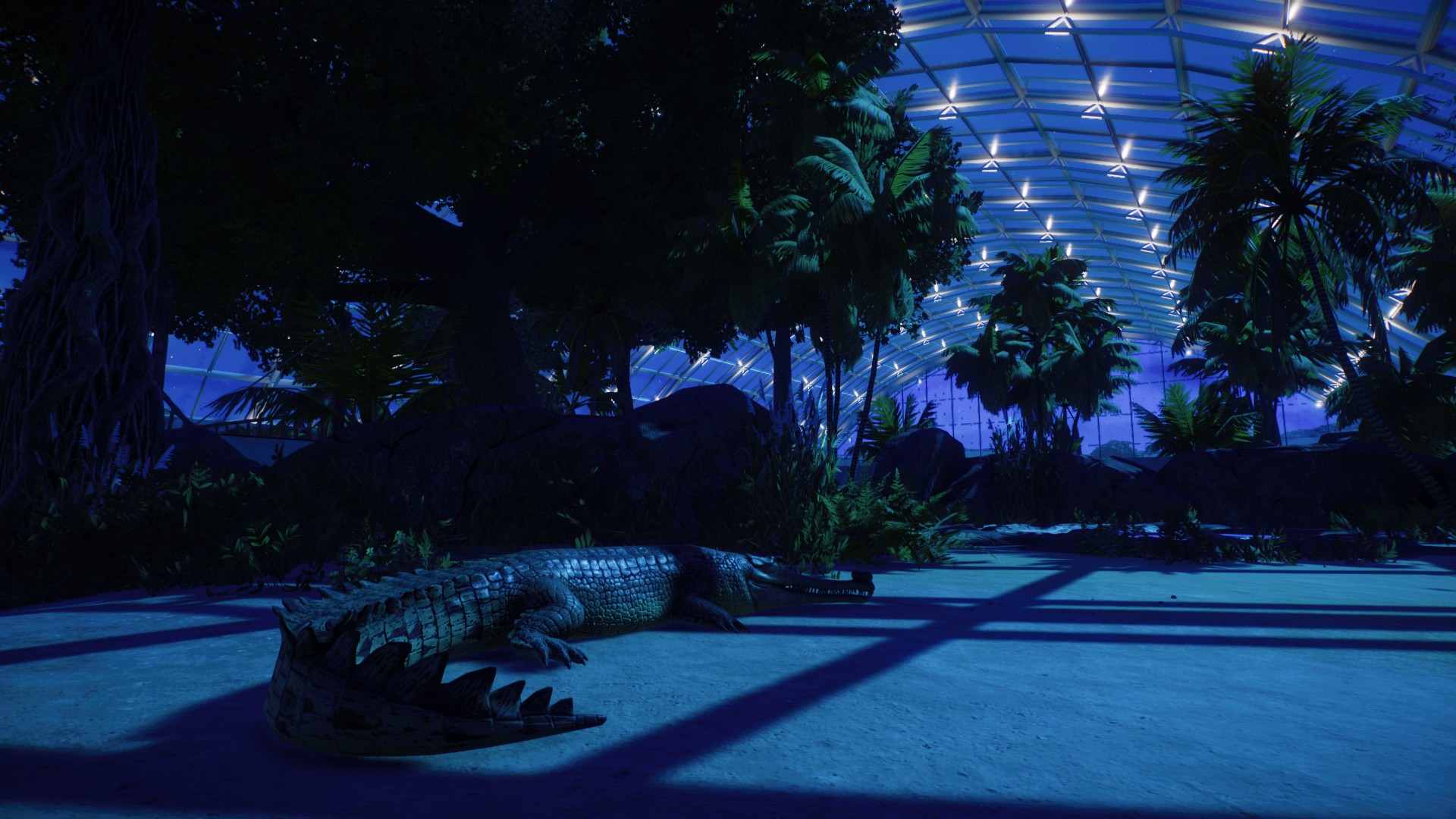 Before jumping to the big cat's zone, I'll show you some views from the highest point of the zoo. This part is based on the Montserrat mountain located at Barcelona Zoo, my local zoo. For now this area is almost empty as it's meant to be the home of some goat species and other animals that typically live at high altitudes. For now there are only snow leopards and Dall sheeps. Hope that in a future some goats will be released

On the first picture you can see the tropical hall at the background, with all the surroundings still empty: 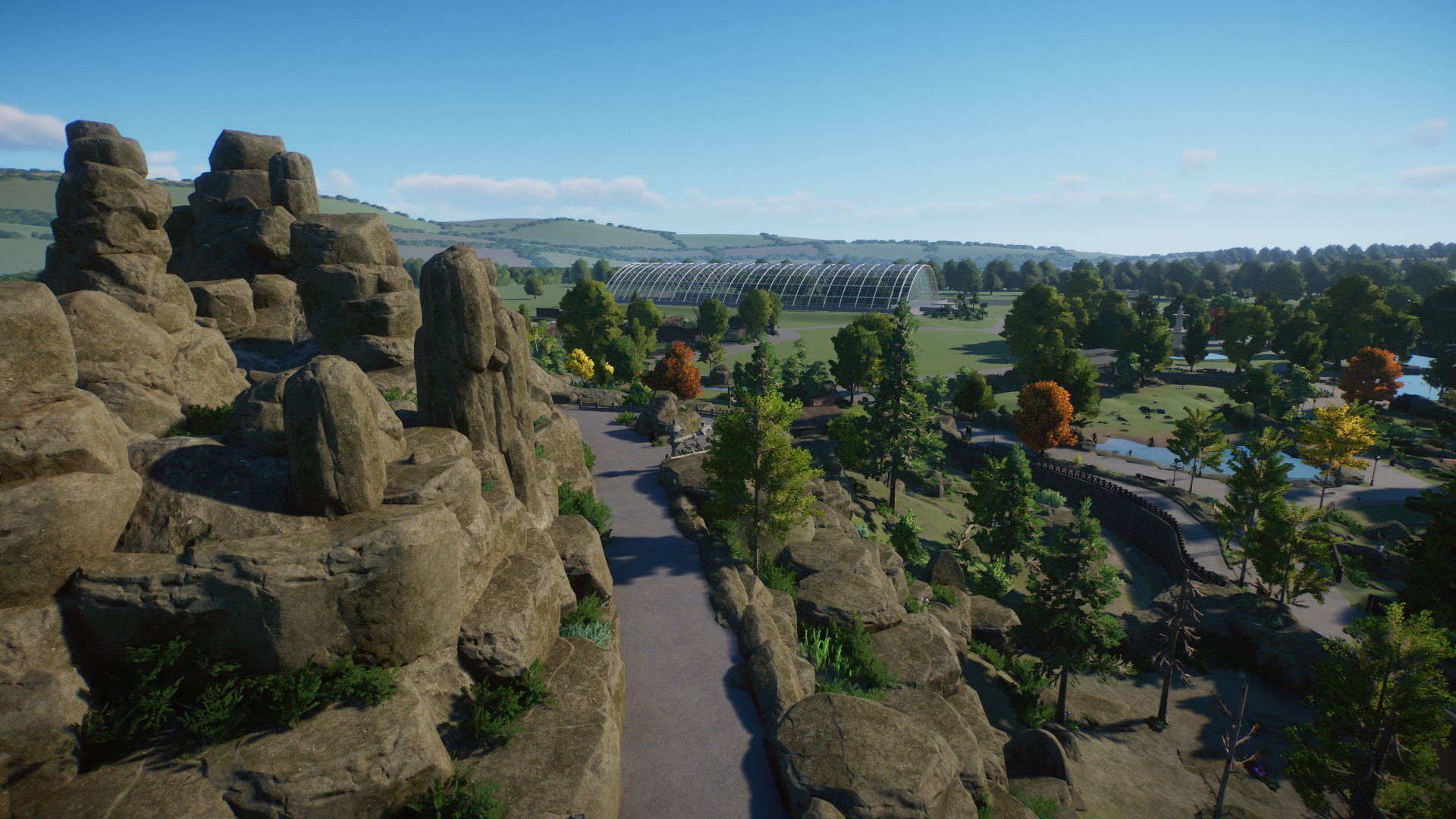 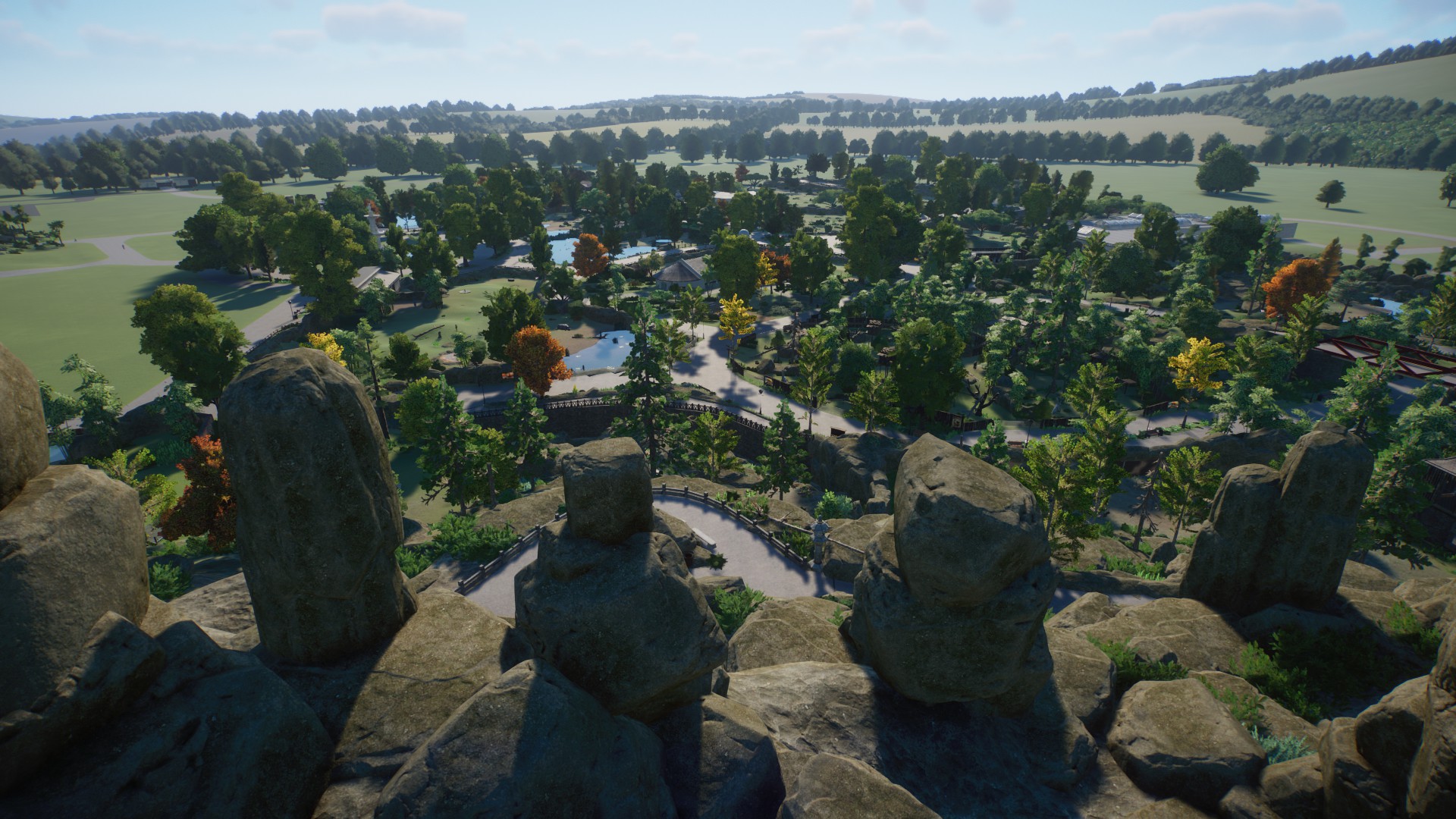 The feline complex is still in development (waiting for more felines to be released) but at this time it's the home of lions, cheetahs and the two tiger subspecies. Inside the main building there are some terrariums and the guests have viewpoints to the dormitories of the big cats.

This is how it looks at this moment, but it will probably suffer some modifications in the future: 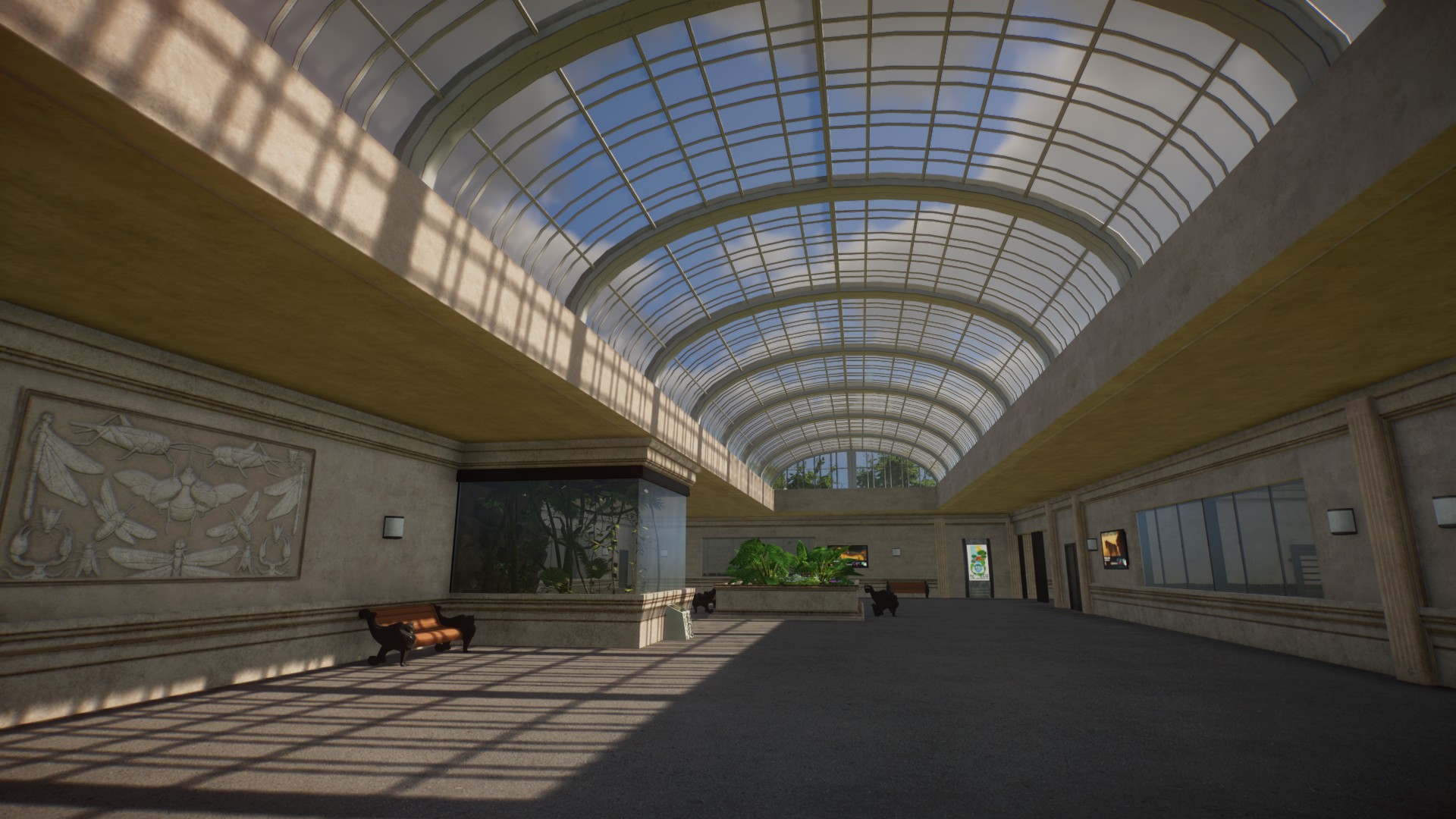 All the exhibits are around this main building. The first one that I'll show you are the two exhibits for tigers. They look like a single exhibit but they are actually two. 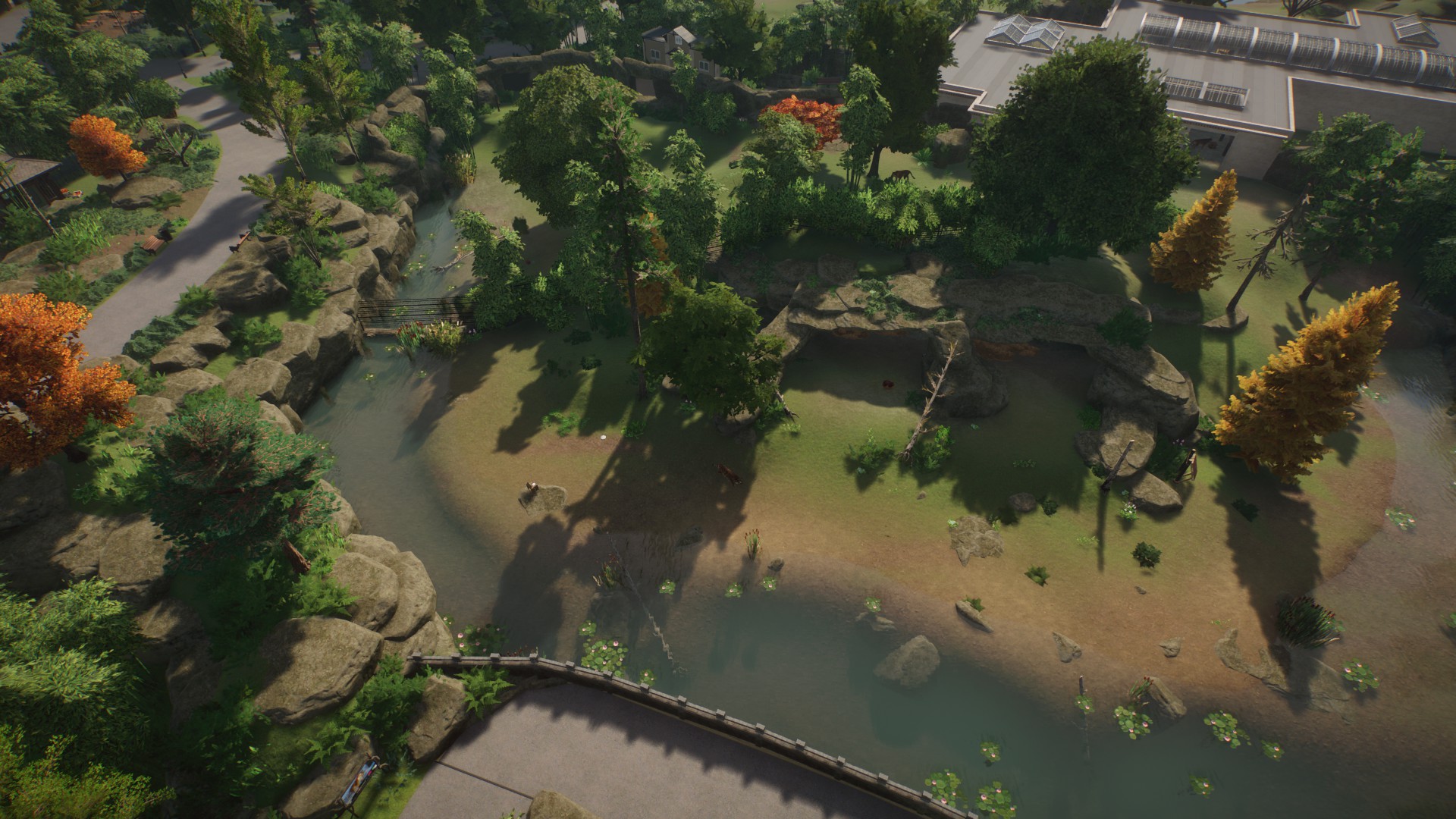 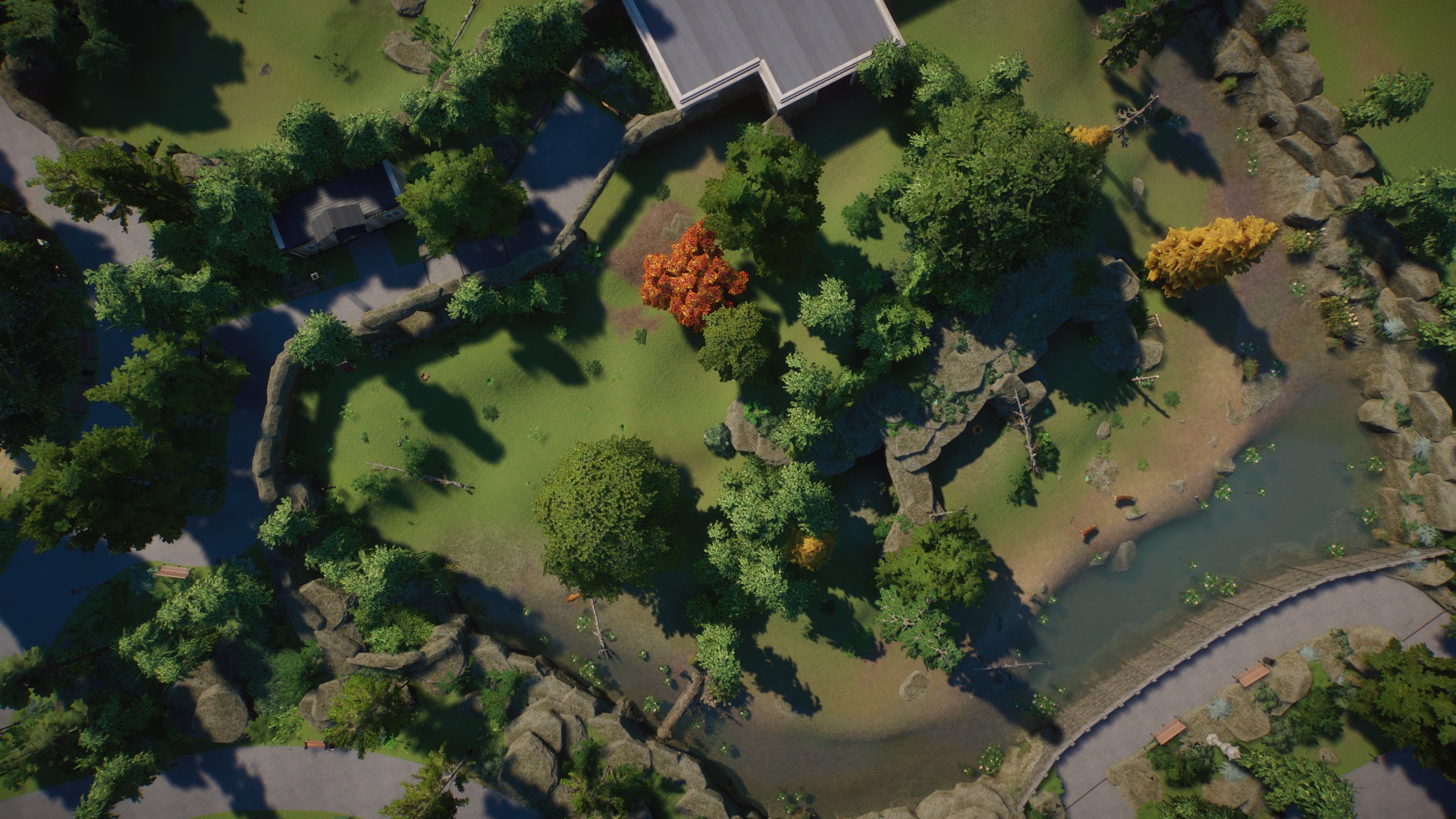 Here you can notice the fence that divides both habitats: 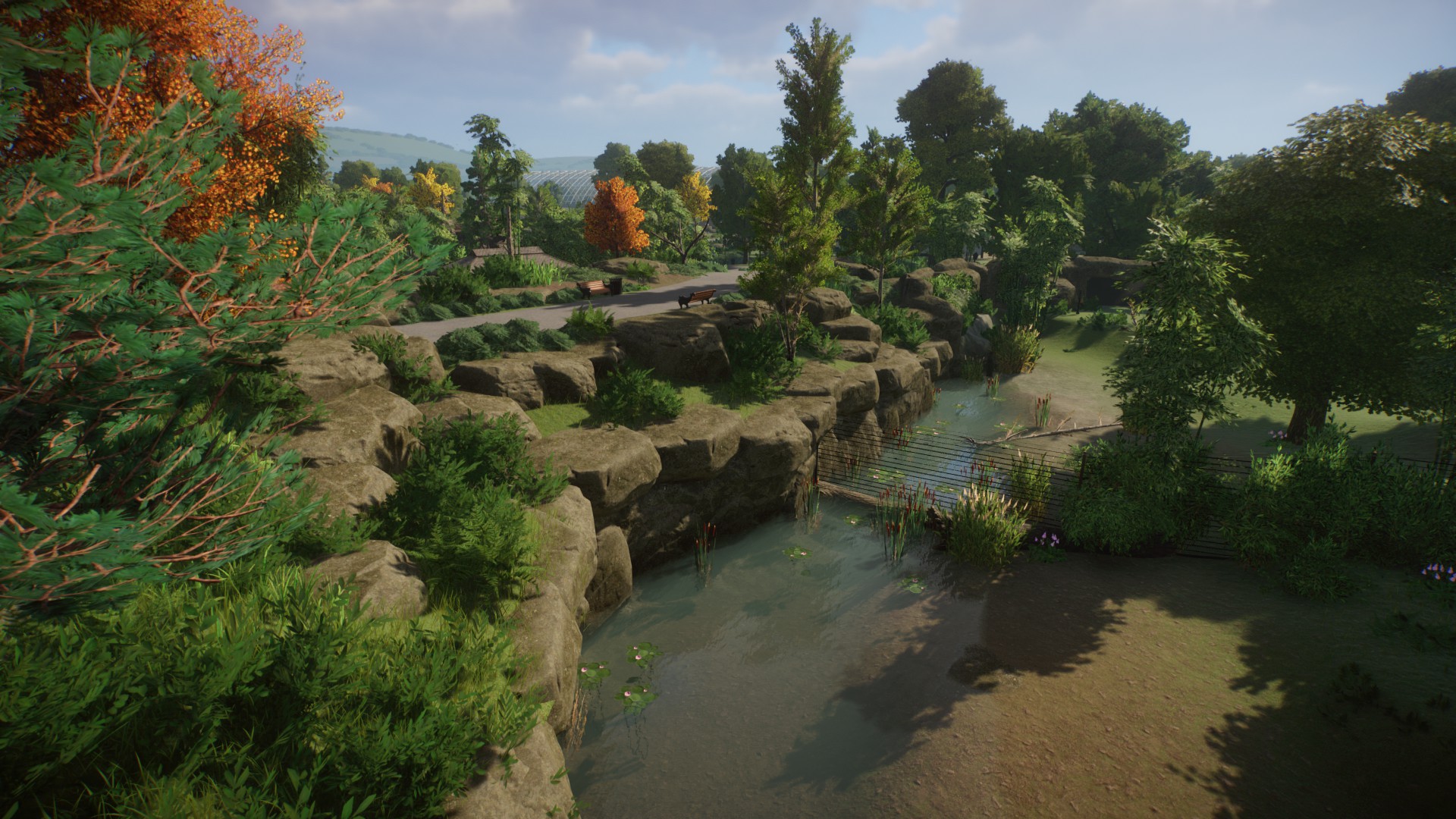 This is the one for Amur tigers. They previously occupied an exhibit next to the snow leopards but now they moved to this new exhibit and their former exhibit has been adapted for the Dall sheeps. 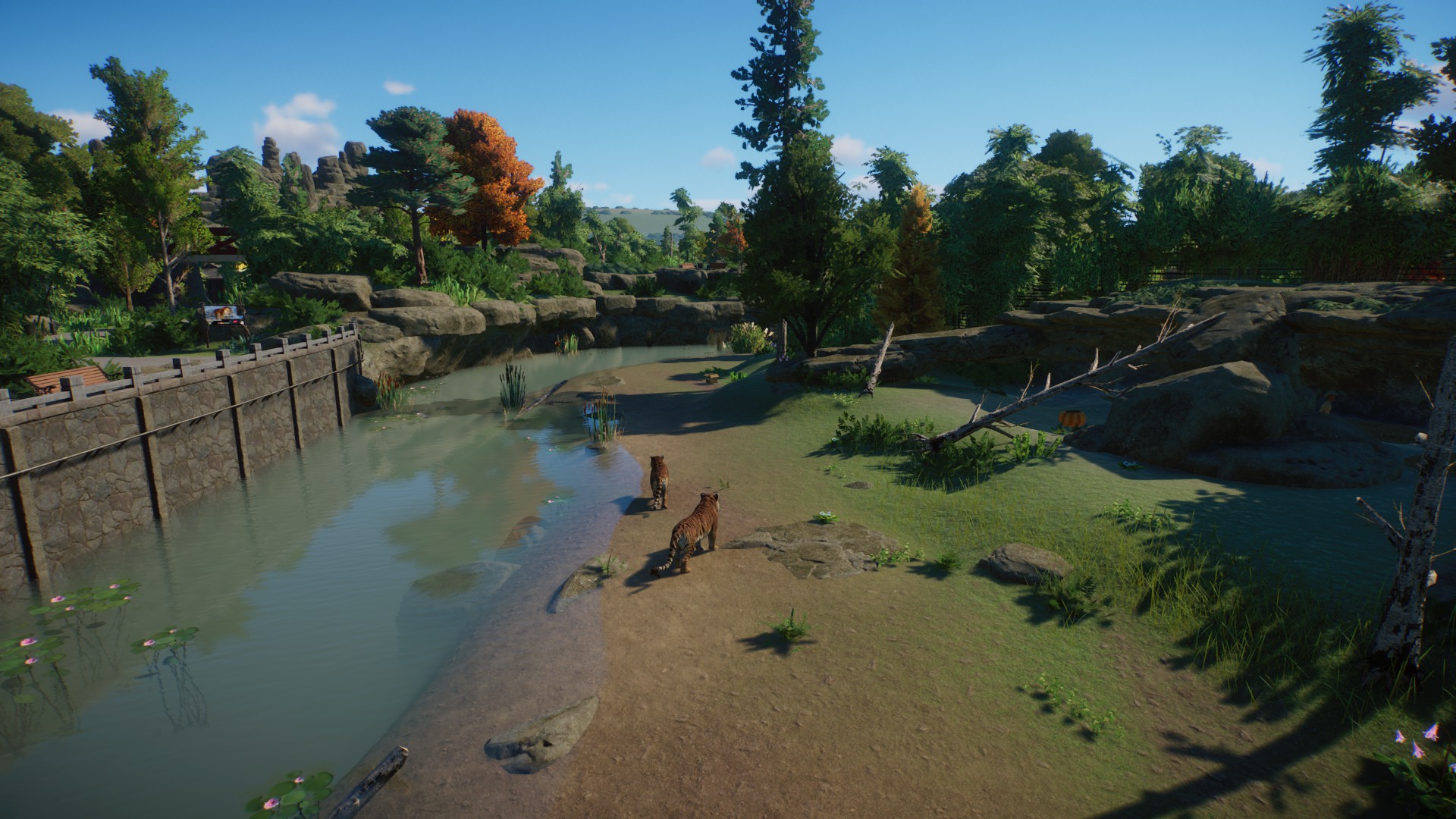 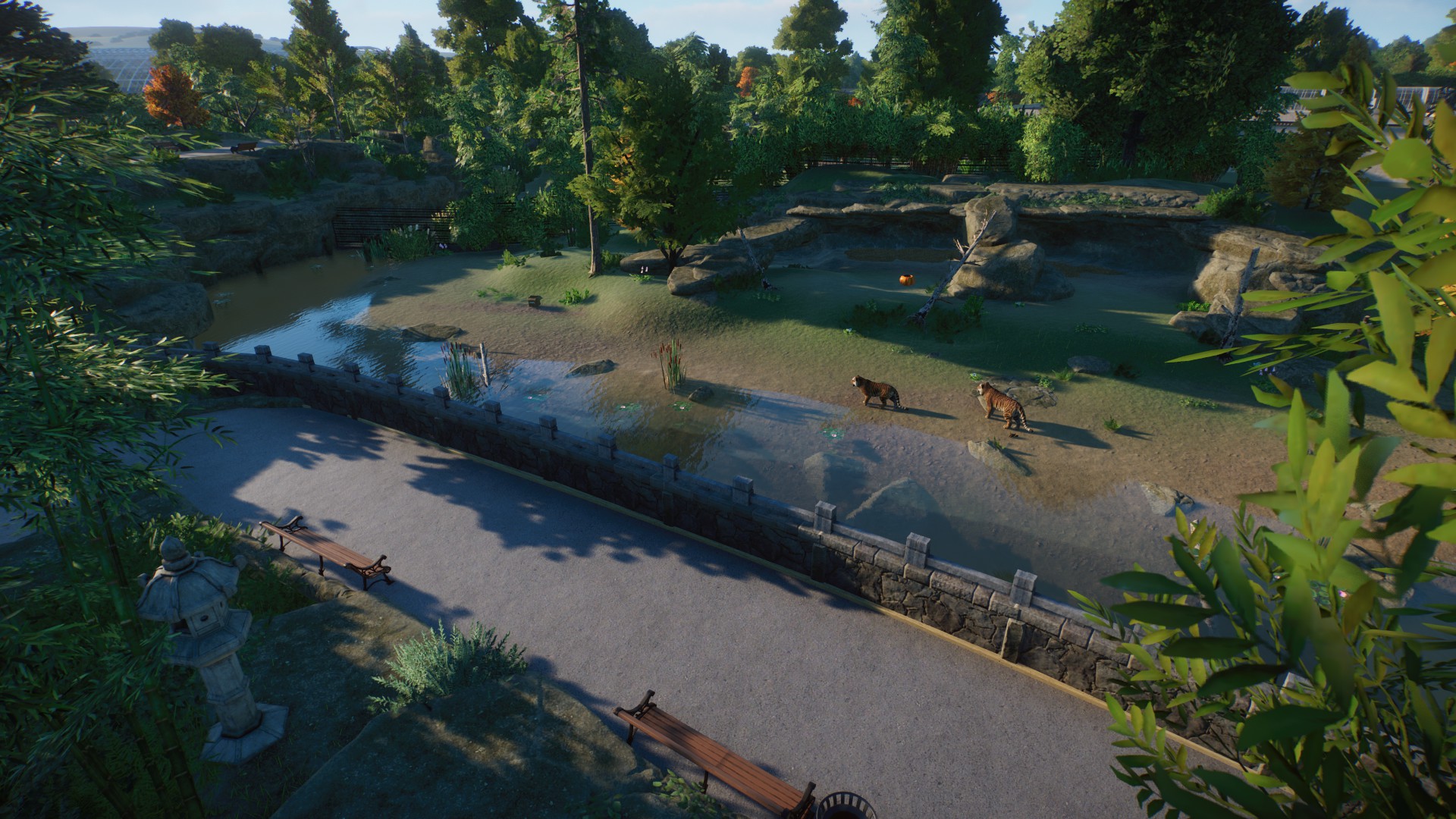 And this one for Bengal tigers. In the future they could be replaced by other species: 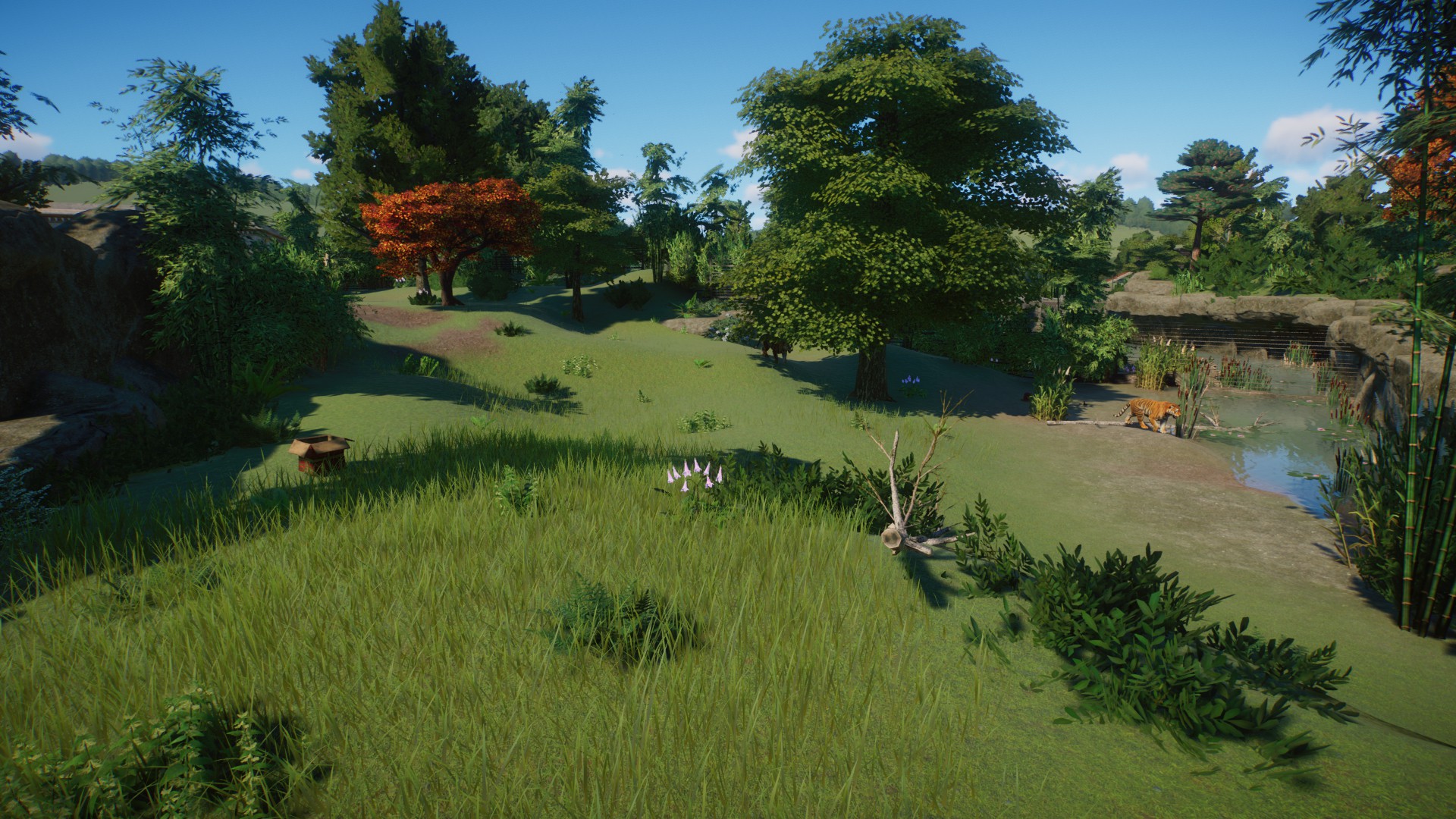 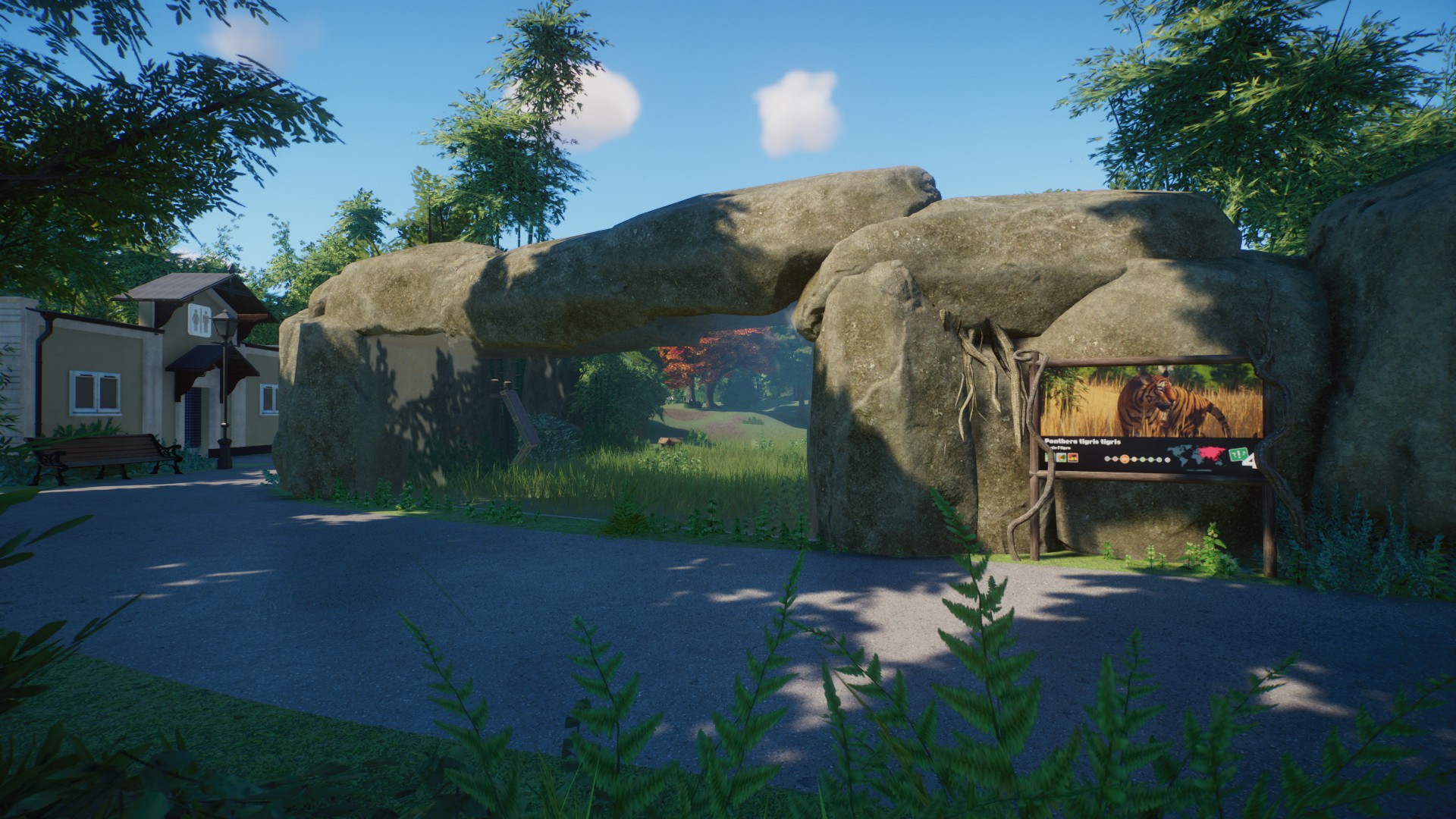