Suninho94 said:
Sandbox mode without sand? no please… We need all of terrain tools in sandbox mode. This is the essence of the sandbox mode.
Click to expand...

Hiya, the reason this is not possible is because there is limited space available for materials per island. As all those slots are taken, adding new materials to Nublar would have to be at the expense of something else; that in turn would mess up people's saves and park files. That's why we've decided that is not possible, and have tried to compromise with what works per island . Hope this clarifies!

Thanks for further clarify this. I do understand and also like each island retaining it's character.

Can we know if they will ever be made part of Sandbox mode, however?

Edit: I meant the Five Deaths' maps, not the tools. It would be greay to be able to do sandbox on each of them, at least while the rest of Nubla remains locked.
Last edited: May 15, 2019

and for Muerta East? sand?


so if I understand, all the islands have grass (default) mud and rock, muerta also has sand, and pena it also has shale
quite right?

Bo Marit said:
Hiya, the reason this is not possible is because there is limited space available for materials per island. As all those slots are taken, adding new materials to Nublar would have to be at the expense of something else; that in turn would mess up people's saves and park files. That's why we've decided that is not possible, and have tried to compromise with what works per island . Hope this clarifies!
Click to expand...

I don't mind the limitations in all honesty. I think it's a reasonable compromise and I appreciate the explanation for the reason why.

Maybe we can eventually get a "Nublar South" sandbox with all brushes available? Maybe also sandbox for all other islands?

At the end of the day, I suspect the update will give me many hours of creative venture and screenshotting, and for that I am grateful.

Thanks so much for the further clarifications. it's great to know not just what's coming but why certain islands have certain things. Would have been wondering that myself but it makes sense

Hey, I am curious: would we have a tall grass option? Where the brush places tall grass without any form of shrub or trees?

Can't we get another location on Nublar with more slots (maybe as DLC?) or allow sandbox mode on all islands?

More Trees are a Must for me Paul, I have high hopes for this game and I hope at least three new species of tree would be considered in the future of Future Updates after 1.8. 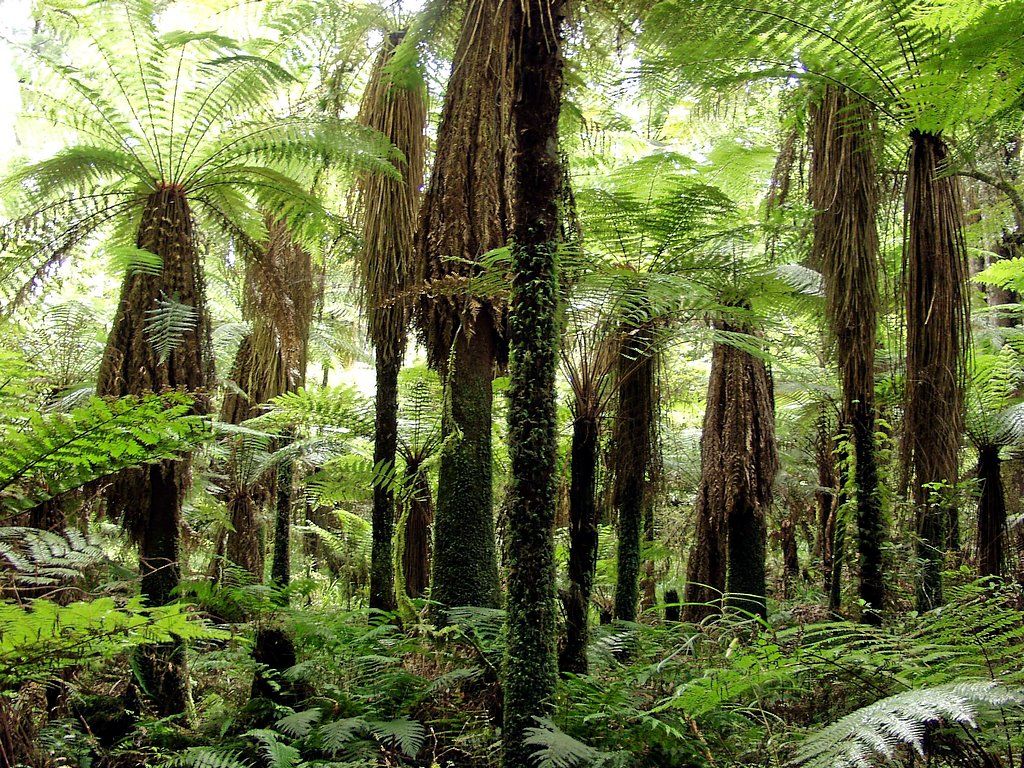 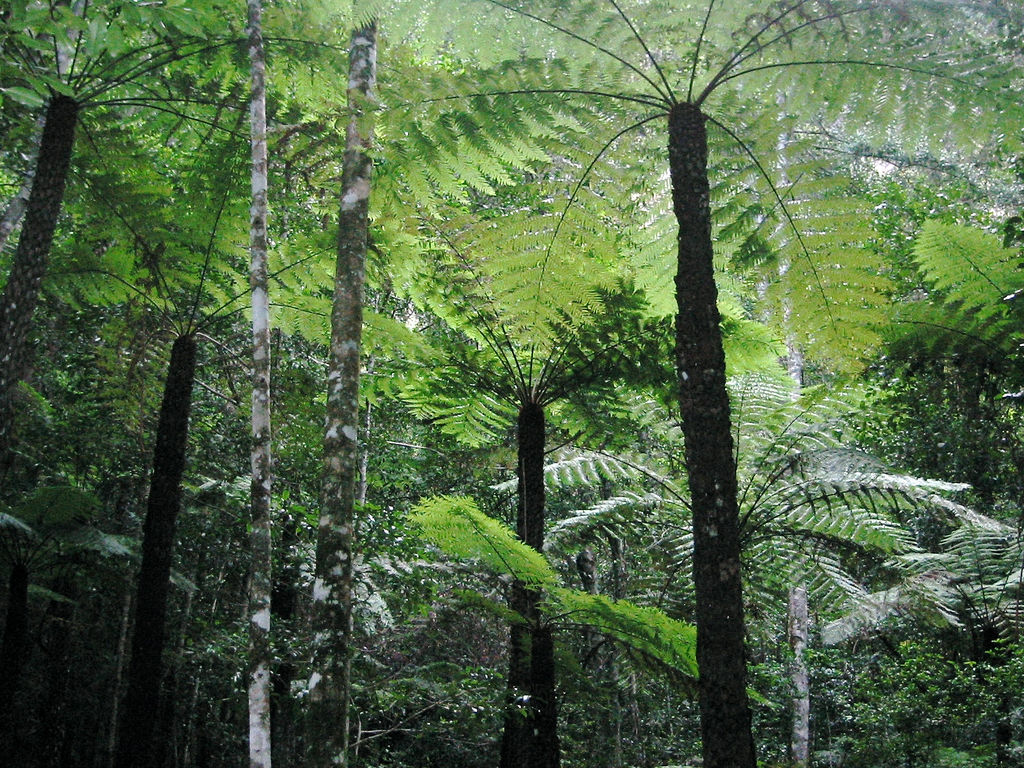 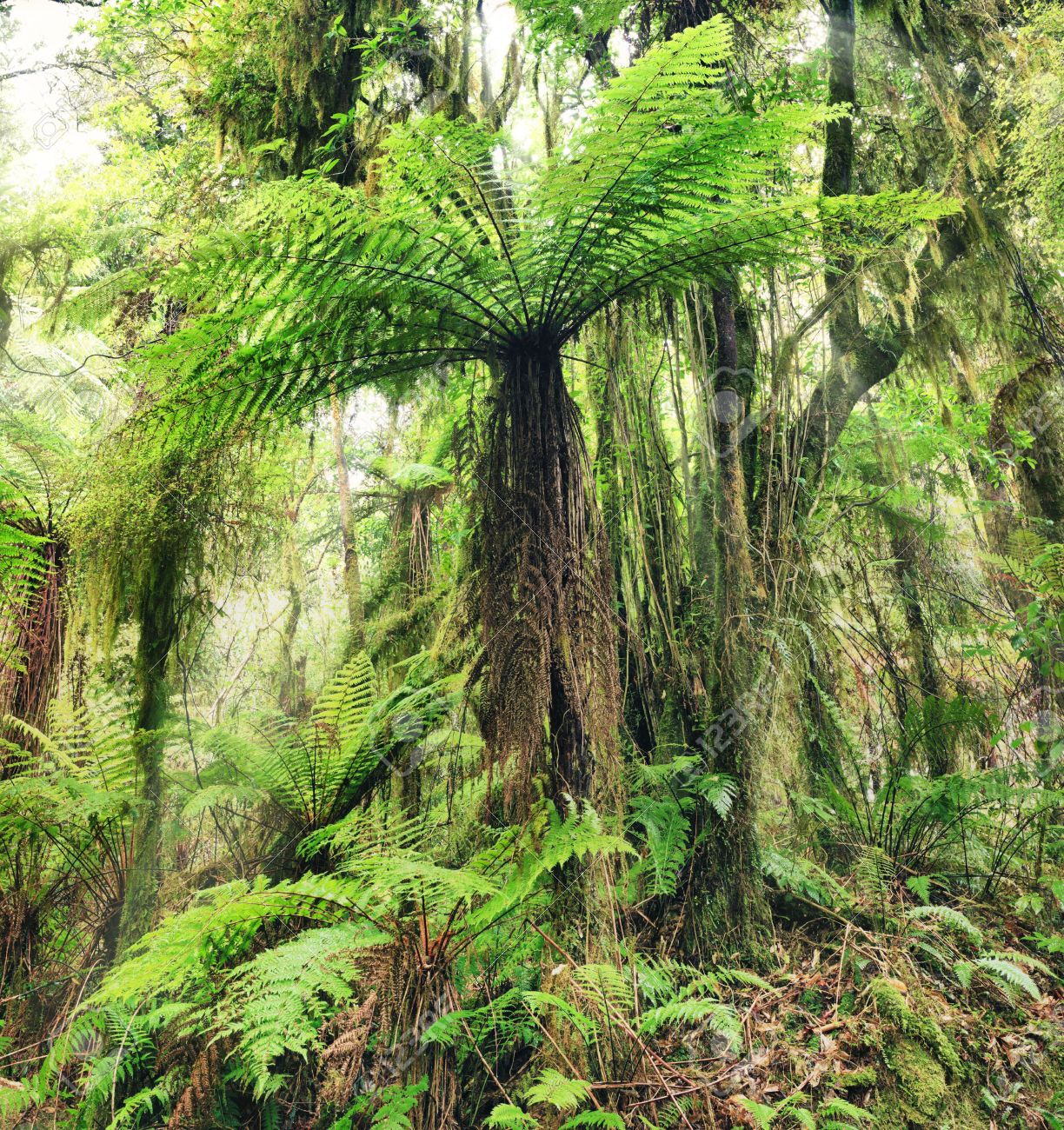 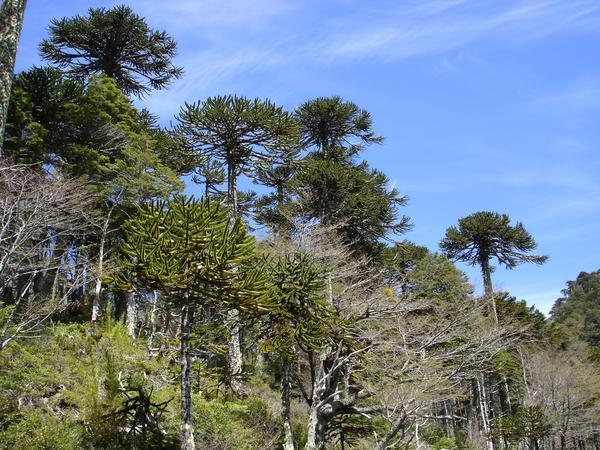 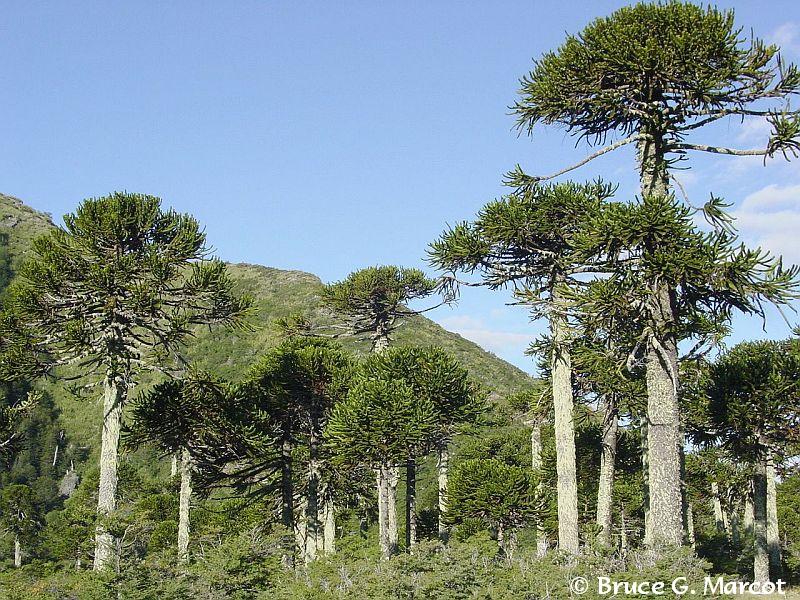 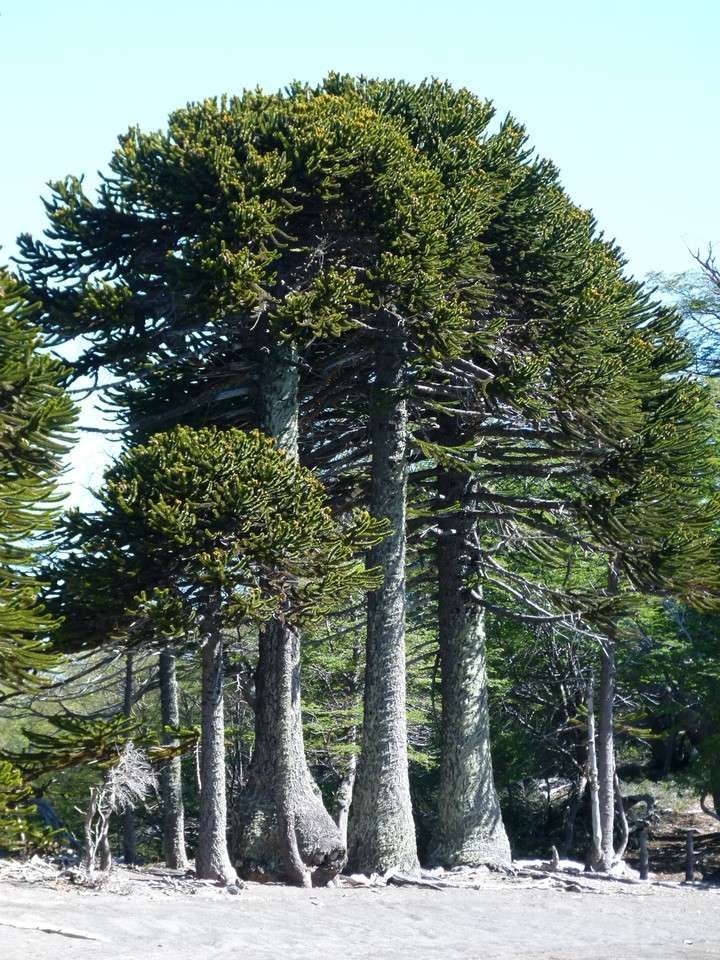 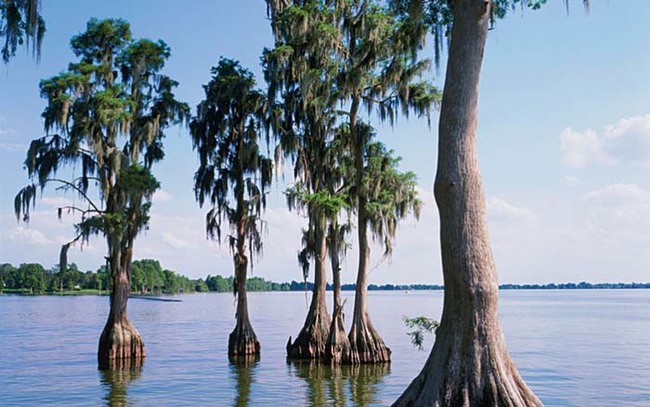 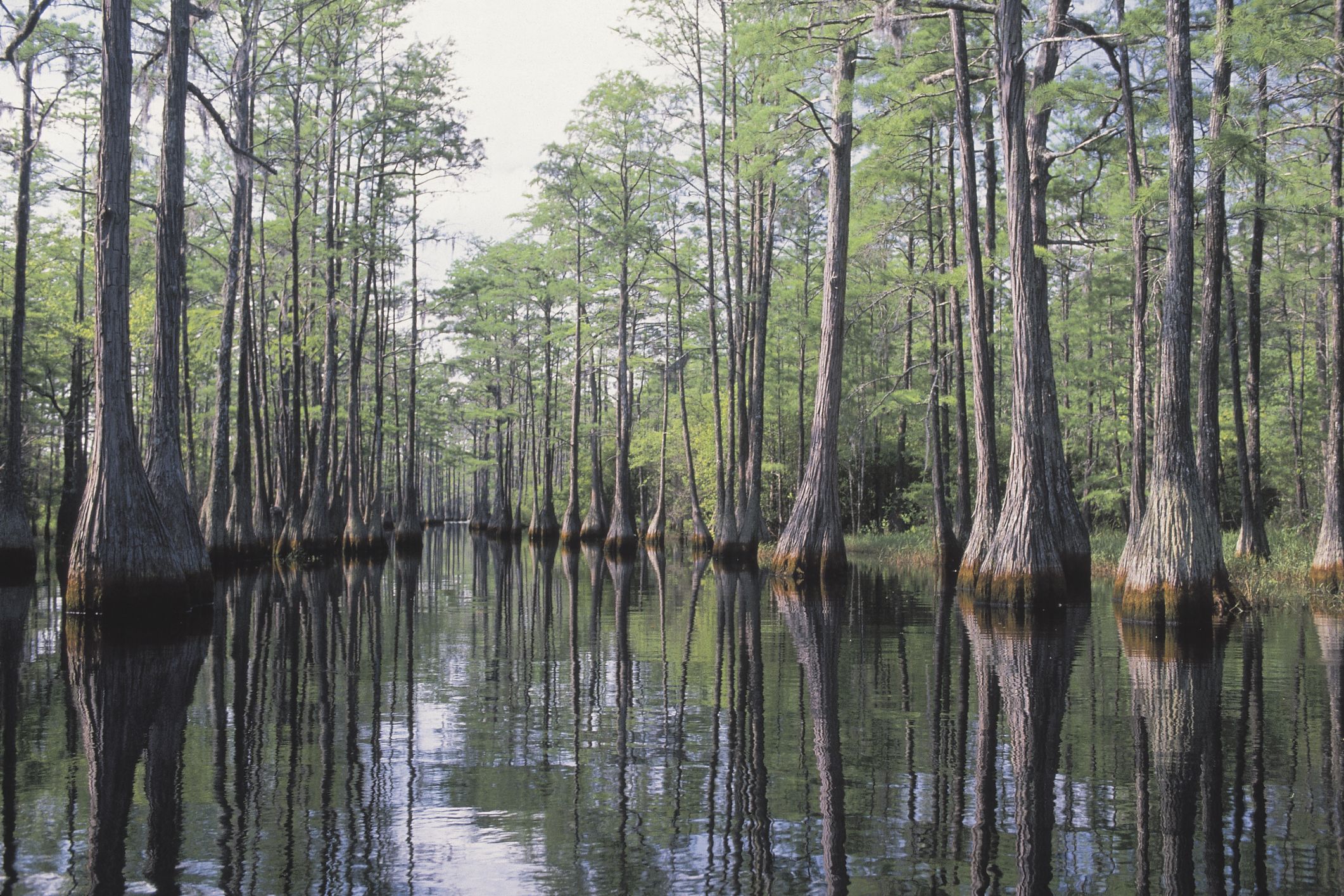 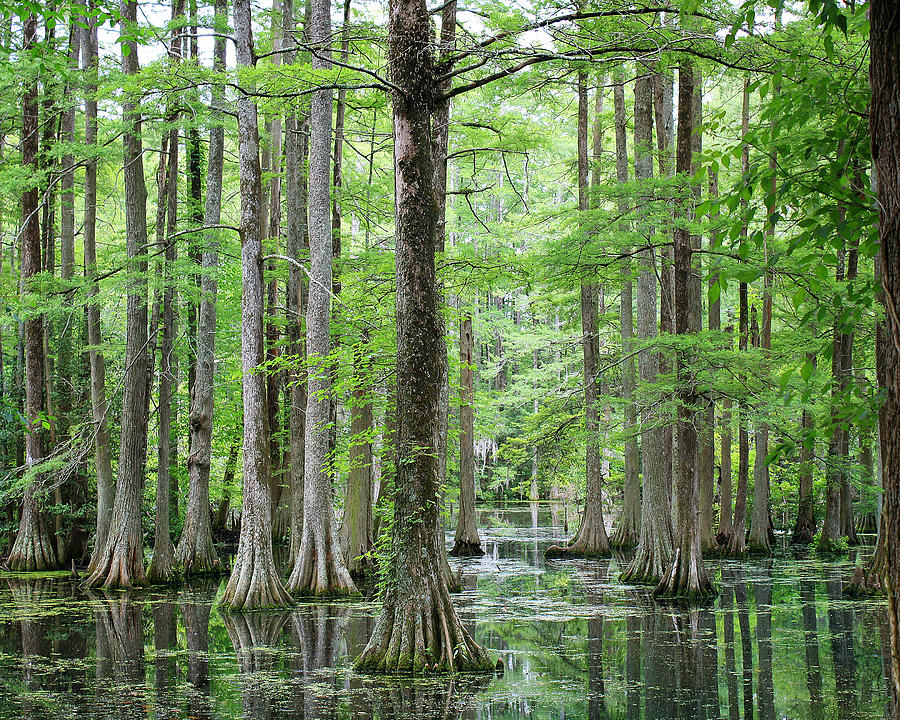 Great!, thanks for the information, i hope that the others two cycles of information are about the IA of the Dinos and the Sandbox mode.
Last edited: May 18, 2019

Are we getting a new island in this update or is it in a DLC?

Hello ! I'm really excited about this new feature, I have one question :

If I paint sand over a water area, will it erase and replace the water or will it apply underneath? Also can we add rocks in a water area?

I really hope we can customize underwater textures to make rivers and lakes look different.

A
so, if the already existing island are pre-restricted, you guys in a future could make two things, one, make all islands sandbox-like when you complete all campaign and/or make a new island (sanctuary island?) with all the before brushes and some slots to add in the 3 years you still have until the new movie.

Also, if you considerate make a JWE2, please reconsiderate not being so restrictive, it takes more than adds to the game

Are you ready for the next feature focus ?? I bet this will be about the aquatic or maybe the bird cage for pterosaurs...expansion pack
What about the new area (which will probably contain new objectives missions, species ? )
Honestly i didn't play the game since february and this made ma play it again, good job

Aaawww, no sand or rock for Nublar?

TheMightyMegalosaurus said:
Aaawww, no sand or rock for Nublar?
Click to expand...

sand no, but rock yes

Hey, with adding Gyrosphere gates, could you also add Creation lab and viewing gallery variations. Like the Hammond creation lab on Isla Matanceros is next to my viewing gallery, and the lab sticks out like a sore thumb, preventing the viewers from seeing behind it, so could you create another version of the creation lab where the gate is flat against the fence, but the nursery area is larger (to account for the loss of octagonal space). With the viewing gallery could you make a flat one that lines up with the fence line so it fits in small enclosures without wasting valuable space (the view could be a straight line instead of a 135 degree view?). With the viewing galleries, if you zoom in, it zooms to the centre of your normal view, which mean something I can’t zoom in on things that are on the edge of the normal view, and maybe make it so we could move gallery floors, or move around the hotel view because you can barely see anything from the hotel deck, so you can’t see what is on the left or right deck.

Will feature 3 also be updated to include hadrosaurs, some sauropods, or “swampish” dinosaurs like Dilophosaurus?

With Feature 1, will it have Mangrove trees or can there be a reeds option for bushes, because my biggest (and only) problem with the game (that you can solve) is that bushes and trees placed in or near water don’t turn into mangroves, palm trees, lily pads, reeds, etcetera. Because the trees and bushes available i’m pretty sure can’t survive in water? Also could we have a prehistoric vegetation option? With cycads, ginkos, conifers, and other extinct flora?

Also if possible could we have an update where dinosaurs can have varied diets? Like omnivorous diets for Gallimimus. And maybe a “dinosaur bonding” update with (one or two or 3) of these. #1: dinosaurs have 2 social meters, the new one is yellow and represents dinosaurs that count towards social, these dinosaurs keep the dinosaur on the comfort threshold (unless there is another neglection) and go above the social limit, but will not count towards proper social meaning it will not satisfy the dinosaur (Stygimoloch has 2 minimum companions, 2 Dracorex will act as a yellow meter keeping it happy but not fully comfortable, whereas a Triceratops will not satisfy it). #2: different species can become a herd, meaning a herd can consist of... symbiotic dinosaurs similar to real life, 3 Struthiomimus might become a herd with 5 Stegosaurus and 2 Triceratops Because Struthiomimus is bottom of food chain, and relies on Stegosaurus or Triceratops for protection. #3: “Pets” meaning, if you have a Dracorex, Carnotaurus, and 3 Velociraptors in an enclosure, (#3.5: some dinosaurs will tolerate others, but not like them or vice versa, in this case Carnotaurus doesn’t like the Velociraptors but enjoys the company of Dracorex) The Velociraptors want to kill the Dracorex, but Carnotaurus won’t let them and the Dracorex becomes the Carnotaurus “Pet” meaning the Carnotaurus acts as a yellow meter, if the (assuming you make this example a feature, I mean the one I’m about to give) Velociraptors manage to kill the Dracorex, That specific Carnotaurus no longer will be compatible in an enclosure with Velociraptors and treats them the same way it would a Gallimimus, prey that flights... not fights... and will kill all Velociraptors in it’s enclosure, if it escapes it enclosure, and is within say... the length of 5 clothes shops to a Velociraptor in another enclosure, it will deliberately break into the enclosure and hunt them. This bonding doesn’t work for all dinosaurs and the type of dinosaur is not restricted, Carnivore+Herbivore or H+H/C+C is possible (perhaps add a special information tab for information, maybe you have to discover compatible dinosaurs by testing or see next update idea/request).

Another update is perhaps you could add a “minigame” thing that varies for dinosaur, the individual minigame reward for a single dinosaur could be a “gift certificate” (in game like a hatching speed up or free incubate cost) or see above or even a special viewing interaction animation, and the reward for completing all would be a skin unlock for the dinosaur. For example Dilophosaurus... say it has two mini games. One is a genome gap game and the other is a (I forgot what they called that duck shooting carnival thing), for the genome gap you have to fill in gaps in genome for the specific dinosaur (in this case Dilophosaurus need the Australian Frill-Necked Lizard For the scientifically inaccurate frill and spitting cobra for the venom) and the shooting game (change it so you shoot humans! ) would give you a special visitor interaction where Dilophosaurus might occasionally spit venom at the glass on the shooting gallery. After completing two games you unlock a skin application not available for Dilophosaurus normally or via Challenge, or something like that. (Please do the Frill Neck Lizard If you do, I’m Australian so that would be FANTASTIC!!!!!)

Also I lied when I said I only had one complaint (I know you still need permission for this) but you only have one Australian dinosaur (who’s dig sit is in Australia), Muttaburrasaurus, which is also unlocked on the last island, so please do either allow us to unlock the Muttaburrasaurus on an earlier island (I hate Isla Pena so please not that one), or put in other Australian dinosaurs like Minmi or Diamantiasaurus, Minmi is the smallest armoured dinosaur discovered (or so i’ve Been told) and Diamantiasaurus also is named for a part of Australian culture (Not aboriginal But it’s scientific name is Diamantiasaurus Matildae or something like that, named for Waltzing Matilda).

I will repost this on the other feature news, because a developer might not see it on this one. If a developer does see it, let it be known that I understand that you can’t implement new features or dinosaurs without permission for Universal, but it can’t hurt to (if you’re nice enough) forward this message to Universal (they could add the whole thing, nothing, or certain things from the message, it would be worth it if I knew you tried, so (if you do) THANK YOU!
Last edited: May 24, 2019

is this update purely based for the PC version or will it also roll out to platforms for PS4? only as ive checked my update and everything is up to date but i am not seeing these in my game mode