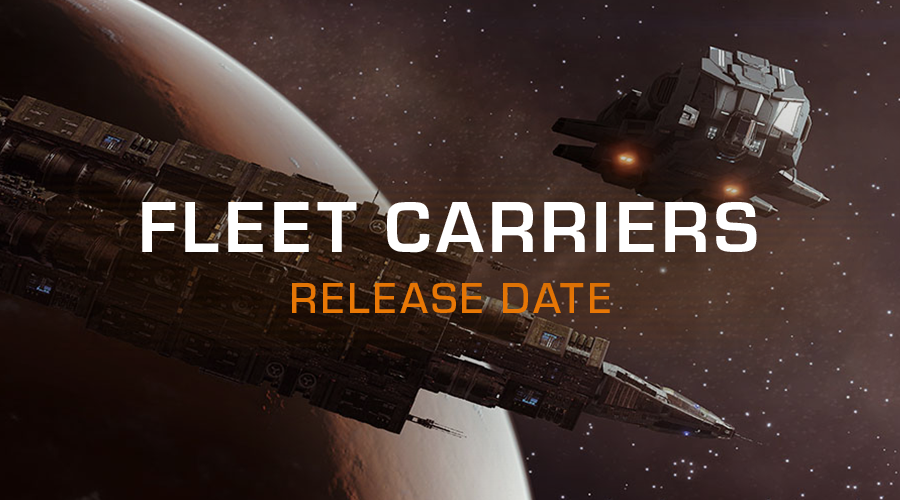 Now that both of the Fleet Carriers Betas have come to an end, we'd like extend a huge thank you to all of the Commanders who took the time to jump in, whether that was on PC, PlayStation or Xbox. All the invaluable feedback that you've shared with us both here, on the forums, across social media and in videos and round-ups, has been incredibly important towards the development of Fleet Carriers.

Over the next couple of weeks, we'll be introducing a number of changes to Fleet Carriers in time for the release in June:
You've had a chance to experience Fleet Carriers in the Beta, and we can't wait to see what you'll do with them in the live servers and we're pleased to announce that the wait isn't long! The Fleet Carrier Update will emerge from hyperspace and come to Elite Dangerous on 9 June!

Once again thank you for all your efforts and contributions! See you out in the black.

Has the 'Hydrogen Bomb' exploit (i.e. exploiting price differences via the FC) been resolved too?

Thanks Stephen (and The Team)!

Looking forward to the 9th of June!

Stephen Benedetti said:
The Fleet Carrier Update will emerge from hyperspace and come to Elite Dangerous on 9 June!
Click to expand...

Can you please, please, please also address trade dividend money printing and limited slots in admin/vendor systems for outfitting of the carriers (especially round Colonia)?
Last edited: May 27, 2020

Thanks Stephen! Is the above an exhaustive list, or is the scope for any further functionality changes? (ie such as automating the moving of fuel from storage to depot)

Stephen Benedetti said:
(with key examples such as Ceres Tarn receiving its original name once more!)
Click to expand...

The AXI appreciates this greatly, cheers for the Update Stephen. Is this the full list of changes?
Last edited: May 27, 2020

So, no other changes are coming to carriers before release?

Specifically referring to ship/module bundles, credit loss on Redemption Office, and a million other things that desperately need improvements?

UPDATE: FDev had answered, and indeed, that is all we get before release (and most likely ever).

At this point my stance can be perfectly summed up by a song.
Last edited: May 29, 2020

Really happy to see a release on the 9th of June already (didn't expect it this soon)!

But it has me worried that those are the only changes you're mentioning after beta 2 concluded. Will you be going through the focused feedback and address it at a later point in time? Or is this the final state of things?

Perhaps change that with the new information on the release date?

Fueling the carrier was one of the major issues, tank Capacity / Range / Moving fuel from Cargo / Transferring cargo not scaling
Not to mention removing offline upkeep!

Hope these get a mention soon ™

Thanks! 9th of June, can't wait

I hope that by ''more lucrative" you mean "more productive". I'll be mining Tritium for (a lot of) fuel, not money. Also, while I understand your desire to make subsurface mining relevant, do you really want to inflict it on people who are trying to mine thousands of tons to refuel a carrier out in the black?

Good to hear it's so soon but I was expecting more changes.

I would also like to know if those are all the changes expected.

Edit: In case some knight wants to pop up, yes i know that at this stage nothing major will be changed, allthough the feedback was enormous and constructive in beta 2.
Last edited: May 27, 2020

I really hope you guys also get rid of the ship and module bundle system, and make them cheaper when buying modules in bulk. This current system has to go, it really makes these features so much worse

P
I intentionally stayed way from fleet carriers and plan to keep that. Why? Two reasons: upkeep and forced decommission.
How to fix?

Very much this. Even if you are determined to keep functionalities that players overwhelmingly hate (why though?) there’s been no mention of the numerous bugs and UI issues. Feels like you didn’t really bother to implement any of the changes players highlighted for you during the second beta.
You must log in or register to reply here.
Share:
Facebook Twitter Reddit WhatsApp Email Share Link
Top Bottom