Let's not forget this recently uncovered gem too...

But yes. I agree. FDev needs to hurry things along with it's story / content / gameplay.

More and more, I do feel like legs will arrive before atmosphere.

Un1k0rn said:
More and more, I do feel like legs will arrive before atmosphere.
Click to expand...

Or you could say ammonia planets need to be a thing and that won't happen until atmospheres.......

Who cares. Still cannot login simply because of a borked 'damaged station' model and FD are on holiday.

Thargoids indeed confirmed to be female then.

BTW funny Yamiks, you sound like a pizza chef who hates Italy. A bit confusing, but hey, if that brings in the views...

These need to be put together in one of those sensational fuzzy image alien/big foot type videos.

Looks a little like the shivans from freespace. Which were apparently similar in motivation to the reapers from mass effect.
Last edited: Dec 30, 2018

Barking_Mad said:
Or you could say ammonia planets need to be a thing and that won't happen until atmospheres.......
Click to expand...

Or I could argue that first encounters will be in vacuum.

Considering how much life in ED survives in vacuum, it isn't really so far fetched to say the Thargoids can live in such environmental conditions.

For all we know, their ships don't even have life support, because they literally don't need it.

I'm bemused over the past 2-3yrs of content released, given its all too often shallow, self contained mini-game nature, and that 100+ people are working on it...

I'm sincerely hoping chapter 4 is the start of some significant develpment now, and next year will see it released.
Last edited: Dec 30, 2018

CMDR_Raikkonen said:
Let's not forget this recently uncovered gem too...

But yes. I agree. FDev needs to hurry things along with it's story / content / gameplay.
Click to expand...

That's interesting! Why isn't there more dicussion, hype and doom scenarios about it?

Yamiks giving us the content frontier won't. At least someone cares about the games story. Thank you Yamiks. Thargoids and alien content/ story are all I'm interested in these days so this video was great!

Interesting. The heads shouldn't be final though, because it lacks personality and looks too bulky imo. They should have detailed faces.

This would be a better design (torso and head). 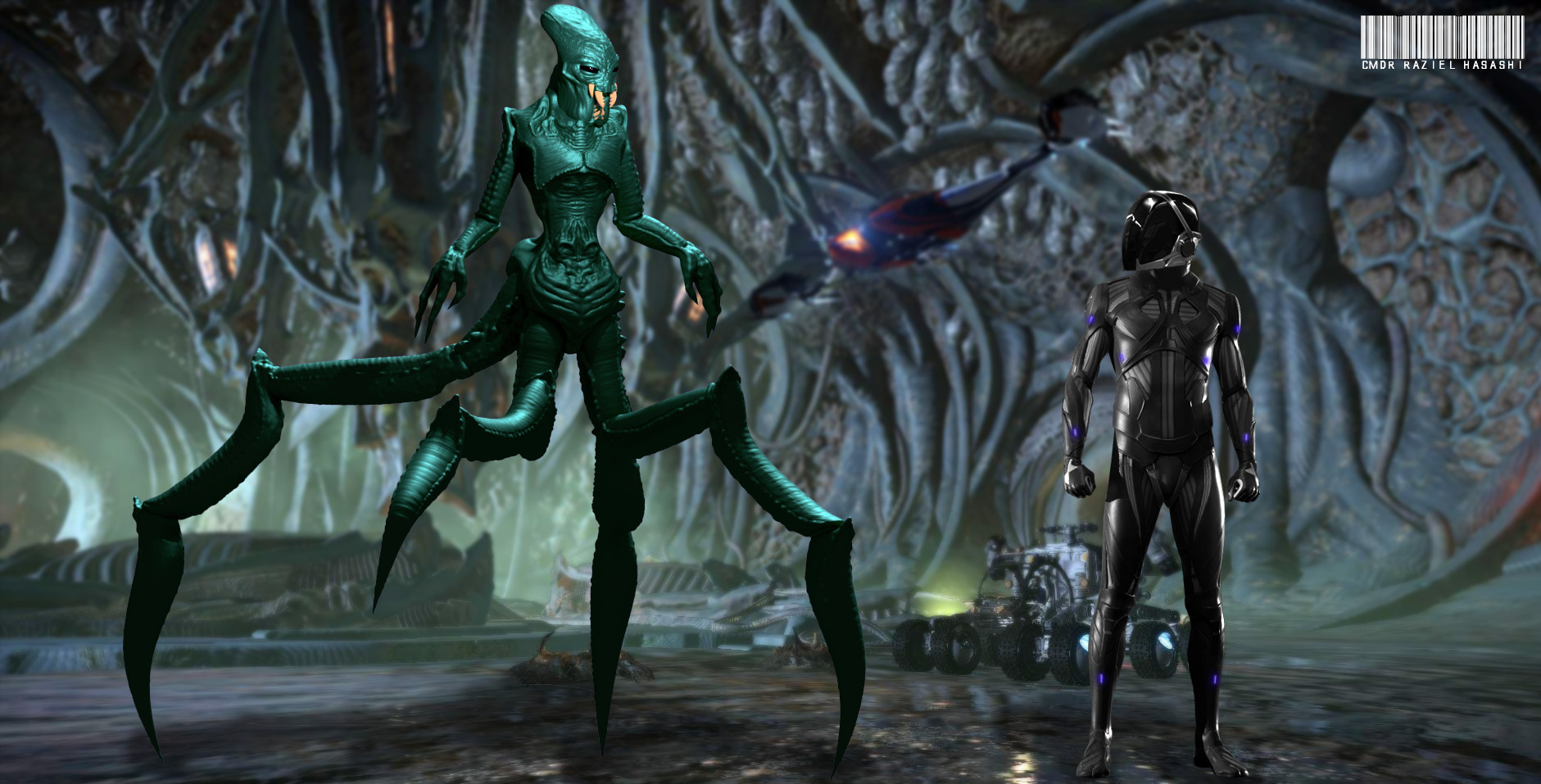 Cosmo said:
Interesting. The heads shouldn't be final though, because it lacks personality and looks too bulky imo. They should have detailed faces.

This would be a better design (torso and head).
Click to expand...

Disagree on that pic you put cosmo. That is basically a human body and head with some cosmetic changes and then silly legs stuck on it.

If your going to design a proper alien you need to think about the environment they would come from and how that would affect their physiology.

For example if Thargoids come from Ammonia worlds and have an amonia based chemistry you need to think how they would move, regulate body temperature, and what senses they are likely to have.

As an example Ammonia has a very narrow range compared to water with regard to going from solid to gas. it also requires less energy to change its state from solid to liquid etc. Its boiling point is -33C.

Low temperatures alos mean lower energy. So thargoids may be slow moving. Conversely they would use less energy when moving than a water based human.

Thargoids and other ammonia based creatures on their homeworld are more likely to be succeptable to temperature variation so would need means of regulating stable body temperature. They therefore need to have ways of releasing or retaining heat rapidly. This is likely to result in predators and prey developing heat based sight eg in the infra red range.

When i say heat i mean heat relative to their homeworld. For us humans it would be absolutely freezing. As such a human touching a thargoid would to the thargoid be like us pouring boiling water on our bodies.
Last edited: Dec 30, 2018 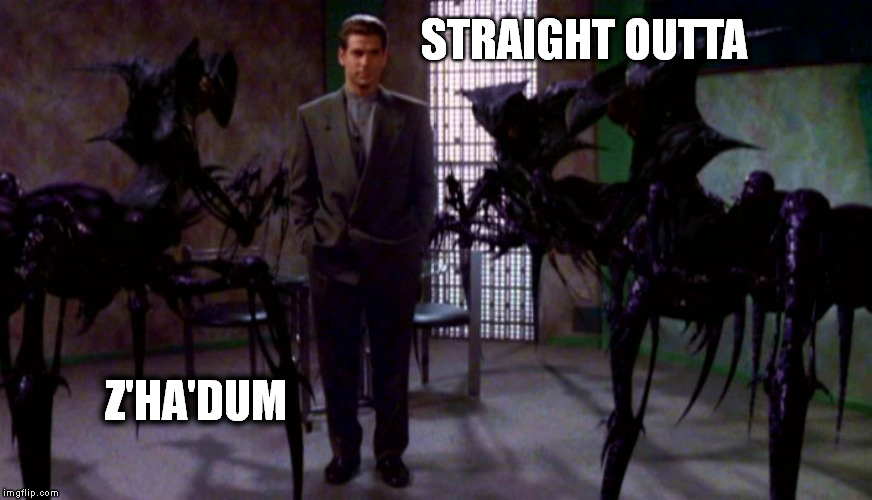 Actually thinking about it, what with the issues with Ammonia based lifeforms...

Given Thargoid ships seem to be organic in nature, you have to wonder if what we encounter as say an insectoid type wandering round Thargoid being as above, isn't in fact really just some sort of organic space suit designed to function in various environments with the real Thargoid sitting inside.

Literally like an insectoid exoskeleton but one that's been organically engineered.