Absent friends: a place to remember forum contribtors you liked who have seemingly stepped back...

Title says it all really, just a thread to ping an "o7" salute at contributors who have obviously "moved on"

I'll start the ball rolling with a couple of examples...

"Frenotx" - A great conversationalist who brought a lot of good ideas to the forums.
"Monk" - A wise player of good judgement who believe(d) in the long term vision of the game and actively helped work towards it, by diligently beta testing things properly, and offering sage and salient comments in the sometimes baying mob like conversations this forum spawns.

Szyzlack - very knowledgeable and friendly AEDC senior. Burnt out after the Dangerous Games.

Apos - Still around, but rarely posts. His articulate and fiery takes on inter group stuff was awesome.

Vectron - did a HUGE amount of work to build the Mahon PowerPlay economy and culture. His fiery blasts were always very well thought out, and his knowledge of game mechanics and strategy was better than most of the devs.

Thunda - Aka Suzy FlyBare aka Suzy NoPants aka Anarchick. This lass was one of the funniest and most articulate folks around. If you ever had the pleasure of being on an Alliance team speak with her, you’ll know.
One memorable phrase “I could flash a Vicar”. Sadly one day something happened and she wiped all her accounts and identities. Gone was her Wordpress and all the fun stuff she created.


Marra Morgan - Do I miss the hot Welsh dreadlocked pirate? Yes I do. I could never even spell her safe word, And when I talk with her prim imperial replacement Kari Kerenski - we mostly polish our guns at each other. 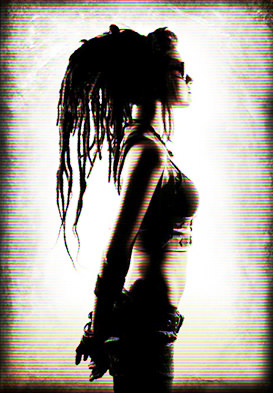 Ben Ryder - loved this weirdo. Like what sort of person would take on leadership of the Antal PowerPlay? Total fruitcake. Remember how Antal would acquire Control Systems ridiculously far from their HQ just because?

Corrigendum - he had over a hundred GalNet articles published. I often had cause to disagree with him, but the place was better when he was around.

Ollobrains - rattled Frontier’s cage so hard that they removed a whole game mechanic.

Chuckles in the background.
Gluttony Fang
Olivia Vespera - a huge asset wherever she went. First at Aisling PowerPlay and later at Canonn she did so many great and honestly weird things. She ran that big decrypting project that worked out all the Thargoid sites. She started a bank.

Princess Jezza - a rolling car crash of LOOK AT MEEEEE, but fun. I’m still cross at them for derailing Vectron’s project to get close engagement from Sandro to fix PowerPlay. I miss that selfish beeatch.

Scarlet Ashcroft - short lived comet. Came on my radar and really made me sit up and pay attention. Never quite worked out what that was, but boy I was intrigued.

Walt Kernan - the one who docks. First to Go Public with how the BGS works.

Some good choices there...

Ben Ryder, the first to combat elite flying only keyboard - ie not keyboard and mouse, just keyboard. He created a binds set that is now in the game as "classic keyboard" or some such.

I had forgot about jezza...

scarlet - didnt she have some sort of tie into the col70 mystery via drew wagars books?

Olivia also dis some big wing experimentation trying to circumvent instancing through formation wing craft, as well as a rake oc stuff up in colonia, hadn't realise she'd gone, she was one of our playerbases best minds and will be missed.

Most of your choices are folks I like or liked, so yeah

Even harry potter / Beseiger - good guy, if it weren't for the fact he killed Salomé, after pledging to defend her, that was a majorly dishonourable move.

The One Who Chuckles in the Background
The Voice of Open
Last edited: May 4, 2019

And MoM .... she used to post here occasionally in the early days. Folk lore says she still monitors the forum and despatches extra tough minions to pursue miscreants and whiners.

o7 and respect to Adeptus Kaze and Masagmarod. Both were regular contributors on the Xbox forums and quick to help and/or mentor new Cmdrs in the early days of Elite on Xbox One.

Also o7 to Apex Wanderer who just up and disappeared earlier this year.

This thread makes me sad

Cmdr Starcloack aka Eleshenar and the discussions on Imperial lore
Last edited: May 4, 2019

In Amateur radio, we would call this the "Silent Keys" thread.

Kornilus Briedis, great guy always scientifically testing loadouts and providing information for new players.
The Lion, another great guy, always had the WWII R.A.F. officer patter what what. He was a good ole bean.

S
Lots of Fuel Rats I no longer see, although some still do non-ratty things, and i'm not particularly active myself either these days. Shout out to:

Quite a few names i recognize there, but wouldn't have remembered on my own....terrible memory for names here.
A thing to perhaps keep in mind though, some folks seem to change their old (well-known) names and sort of "reset" their forum identity to start over.
It becomes obvious when you check their new profiles and see them post with profound knowledge well beyond their join date.
Also, their style of writing sometimes feels oddly familiar.
Their call of course, personally i just find that pretty silly. If i can't stand by what i said in the past, i'd just leave.

Brimstone, I am missing him and his avatars !
and Bran Tse Mallory
Last edited: May 4, 2019

I remember this passionate Braben guy posting here around kickstarter and release times... too bad he is nowhere to be heard recently... i guess he just moved on to other titles
Last edited: May 4, 2019

Makes sense why fdev have focused on new player experience, if well established players are turning off.

There are rumours that Ben Ryder will be joining Hutton on the 8th June for the next big convoy....

I want to hark back to Alpha when we had Snuffler, Exaga and others - THOSE were the days!

Titus Balls and his amazing screenshots.