Alec's best of the forum (and elsewhere) [v2]

A quick thank you for including my 'quirks' thread, I am honoured

Trending: A new Guardian site has been discovered, there's a new Buckyball race starting tomorrow (and running until next Sunday) and Cmdr Rustnsawdust's ice world circumnavigation is turning into an adventure well worth following.
Last edited: Nov 15, 2019

I found this work quite impressive for all Guardians fans: 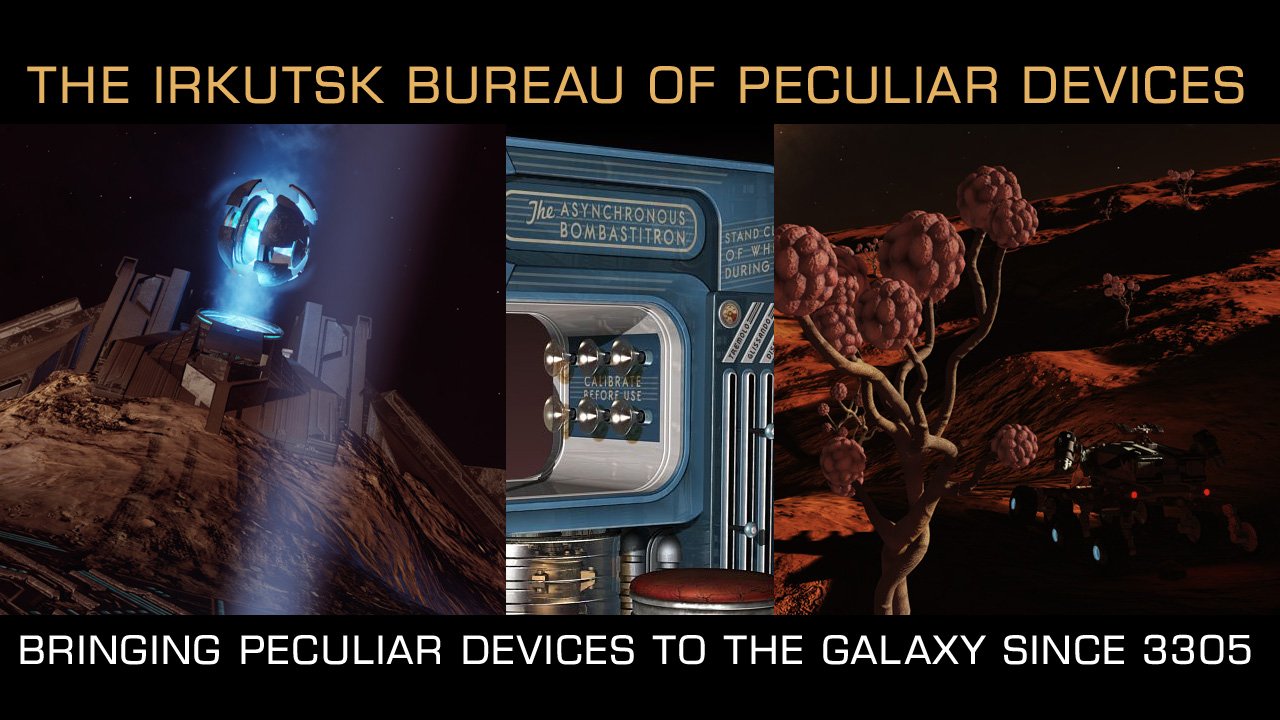 Trending: an end to npc crew permadeath + natural disasters, terrorism and public holidays - read all about it in the beta patch notes!

I've added a post to the "stuff to do with VR" section from Christopher Martin over on the Oculus Virtual Reality facebook group which compares the Rift S, Quest and Valve Index. While not specifically related to Elite: Dangerous I just thought it was a really brilliant and informative comparison of some modern VR headsets which that (horribly out of date) section of my "Best Of" thread could probably do with.

Seen this thread mentioned so many times, never actually looked at it before

The 3rd party tools list would appear to be missing EDD

iain666 said:
Seen this thread mentioned so many times, never actually looked at it before

Whoops - well that needs rectifying! The list was never meant to be extensive (there are other places for that I guess), more a bunch of stuff I'd used and could personally recommend. I guess (embarrassed tho I am to admit it) EDD never fell into that category. I'll add it shortly.

As well as the beta there's actually now quite a lot of things happening around the community in December that I wanted to give a quick shout-out to.

First we have another Buckyball Race. This one is the 3rd in the Total Recall series - a time trial race which involves flying to planetary bases, landing, deploying the SRV, driving a prescribed distance away from the base (typically around 5km), and then recalling the ship (hence the name) and flying on to the next base. Typically includes around 5 bases before returning to the start station. 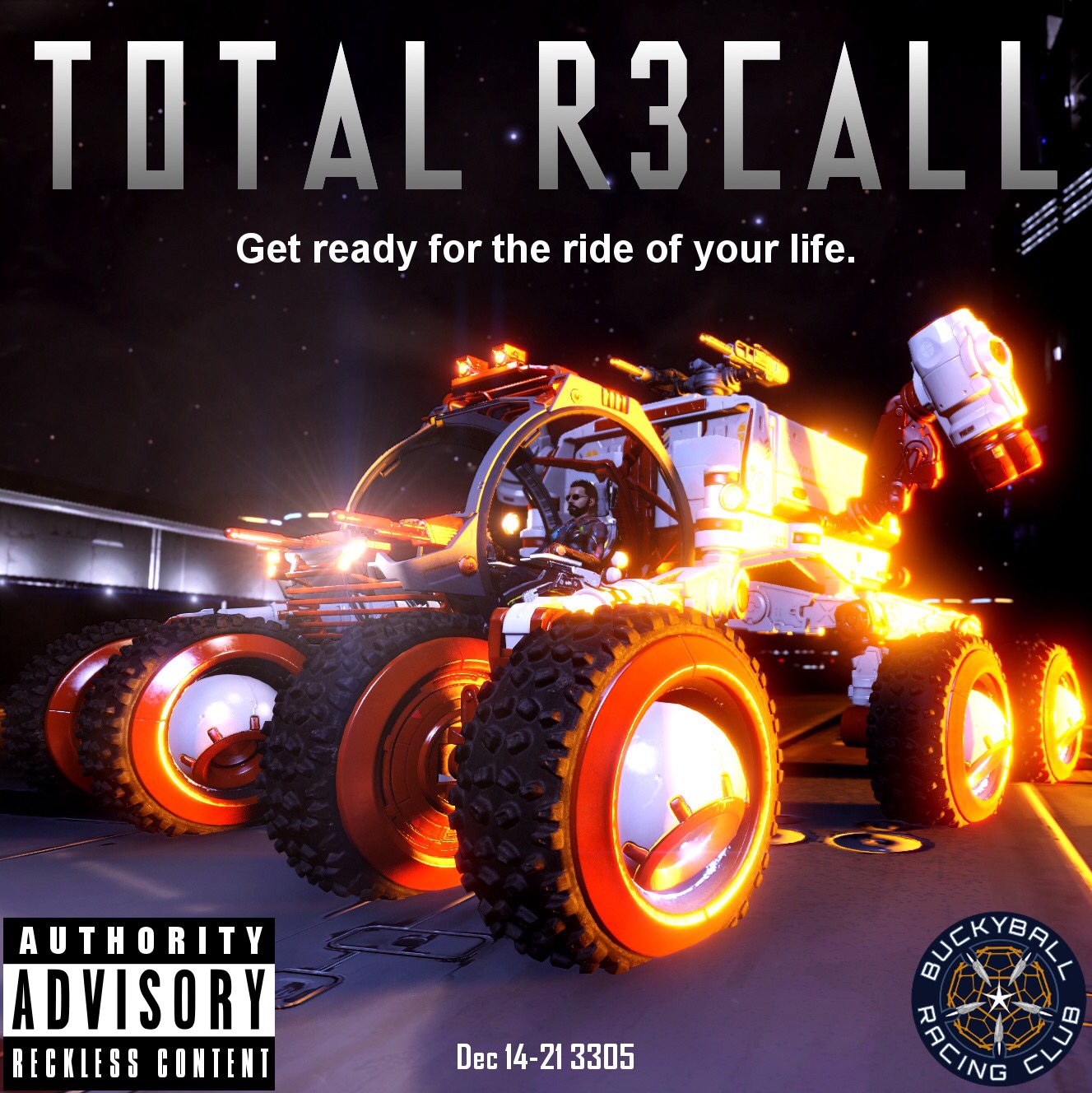 Here's a video I made for Total Recall 1 which gives you the general idea.

The race starts on December 14th and will run until the 21st. Full details available at the following thread: the-buckyball-racing-club-presents-total-recall-3-14th-dec-22nd-dec-3305

Next we have another SRV race from MAD7 and the Galactic Archive, basically a re-run of the Scully Power's 500 SRV race around Scully-Power's Progress on planet A1 in the Kuntae system.

The race involves driving around an inner loop of one of those circular planetary cities, then heading through the exit tunnel and doing another lap around the outside. This is the race that Frontier based their recent Full Throttle livestream on which was so brilliantly filmed by the Buur Pit.
I also did a demonstration run for the original Scully Power's 500 race which you can see here.

The live in-game race event will take place on 22nd December but any time from now leading up to that you can also do a time trial run and submit it to the leaderboard. Full details on this can be found here and also on the Galactic Archive Discord server in the #sp500-pt2-info channel.

Then, for those of you less race inclined we also have two other big events coming up. First there's the annual Christmas Carriers Convoy, basically a space trucking expedition which sets off on the 1st December. 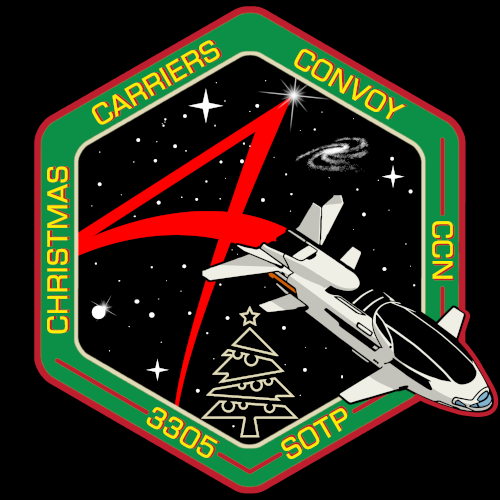 Full details of the expedition (which there's still time to sign up for) can be found on the website: https://ccced.ga/

And last we have Operation Ida's 2nd Annual Hauliday Haul, a series of events from the people who repair space stations which runs from December 14th to January 5th.

More information (including charity donation links) can be found by clicking the banner above but in the meantime here's a quick summary from Cmdr Zayn Till (who also appeared on this week's episode of Lave Radio).

"The Hauliday Haul commemorates the attacks by The Thargoids on star ports that began on Dec 14th of 3303 and the start of the 2nd Thargoid/Human war as well as the impetus that led to the formation of Operation Ida.

It's going on 2 years now that our band of volunteer fire-fighters have been tirelessly working to repair all damaged stations. We've repaired around 80 now but there's still as many left and that's not taking into account future attacks that we're all bracing for.

Last year we raised $1100 for a great charity and this year we're doing the same with a new organization, The Cancer Research Institute. We lost one of our own to cancer a few months back so we're dedicating the Haul to him and hoping to raise awareness. Its a great organization.

This year we'll also have several events ongoing across the Haul. Convoys, Races, a One & Done event which is where we repair a Space Station in one day. We'll also be giving out prizes and we have some streamers who will be helping us out as well."
Last edited: Dec 10, 2019

Also, I've corrected a shocking omission and added ED Discovery to the "other 3rd party sites and tools" section and I've also added the AXI's knowledge base of absolutey EVERYTHING you could ever want to know about anti-xeno combat (and MUCH more besides) to the "ships, weapon stat's, combat tips, etc" section.

Finally just a quick heads up that the latest issue of Sagittarius Eye magazine is due to drop in a little under 5hrs (at the time of writing) ... err, or maybe their countdown is broken? Anyway, definitely coming soon. 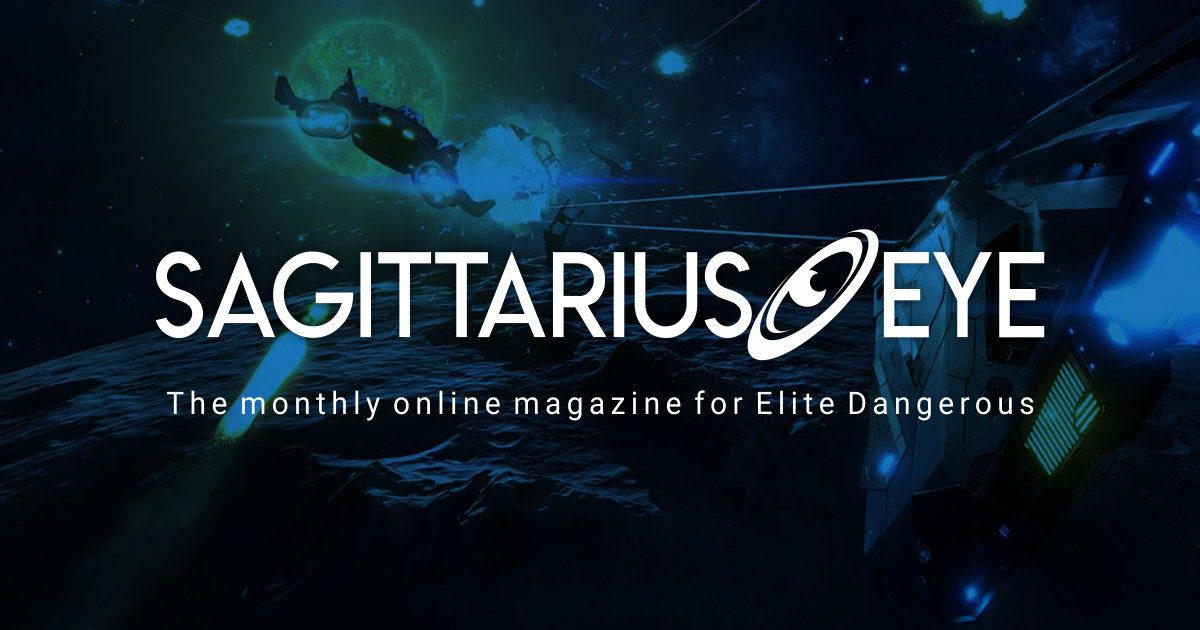 Sagittarius Eye is the online magazine and podcast for Elite Dangerous. We are your source for commentary, analysis, news and entertainment in the Milky Way – by Commanders, for Commanders.

A few quick shoutouts (office xmas booze up today so I may forget later so just wanted to throw these out there now).

1) Excellent video from @PrimetimeCasual on the making of SpeedBowl 3.


2) The Buckyball Racing Club's Total Recall 3 race is on now and runs until midnight next Sunday.

3) Another shoutout for The Buur Pit who get my award for best contribution to the Elite: Dangerous community 2019. Chdeck out their latest Witchspace News ..

Check out the The Buur Pit community on Discord - hang out with 1,550 other members and enjoy free voice and text chat.

4) Also wanted to give another shoutout for Pete Wotherspoon's Galnet news digest - consistently the wryest and funniest look at Elite Dangerous news - twice a week, every week. Subscribe to the podcast or watch it on youtube.


5) And lastly another shoutout for the new(ish) Loose Screws ED podcast from America. A really nice weekly listen, especially brilliant this week 'cos yours truly was on it!

Right ... is it beer o'clock yet? Happy Christmas everyone!

SPVFA (the photography and film group who supply the images and videos for Sagittarius Eye among other things) have published their collection of the year's most voted for images, and what a truly stunning collection it is too - now linked from the "screenshots and videos and songs" section.

Linked a new chart listing all the engineering materials and where to find them (based on data from Down To Earth Astronomy) into the "useful reference lists" section.

So I guess I'm still here. First day back and just a few bits of news.

Firstly the ever wonderful Pete Wotherspoon is doing his annual review of the year's Galnet news for 3305. First four episodes already up ..

Next and just a quick reminder that the Celebration of Early Astronomy expedition is due to set off tomorrow.

Also wanted to mention that the Pomeche Ridge SRV Challenge is still going strong with four new entries over the christmas break including a new podium entry!

And lastly, I'm definitely NOT circumnavigating another planet ..

Trending: lovely little things, one for the philatelists and Hull Seals encourage Buckyballers to wreck their ships!

Alec Turner said:
Trending: lovely little things, one for the philatelists and Hull Seals encourage Buckyballers to wreck their ships!
Click to expand...

Just wanted to give you the credits.
This is the most awesome and useful thread on the entire forum.
Thank you very, very much @Alec Turner

Added the AXI's excellent annual thargoid report for 3305 to the "mysterious things and lore" section.

Added a nice infographic on suggested ship progression paths for various careers to the "ships, weapon stat's, combat tips, etc" section.
I stole this from @Malic's livestream yesterday. If anyone (Malic?) knows who to credit this to could they maybe let me know.

Oh, and I nearly forgot ...
Trending: the patch note feeding frenzy is on!

Also in Trending, The Hutton Truckers have a new plan!

I think this should be their new moto! 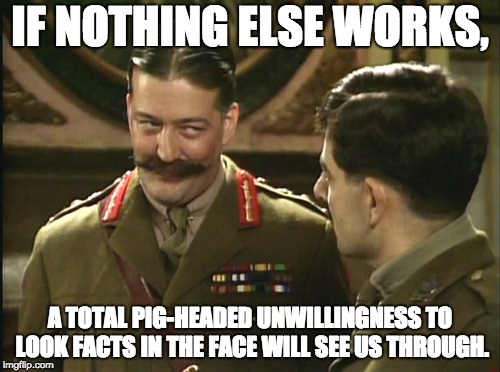