Are we still doing this? Also channeled Alot and managed to pick up a fine while lumbering out of the mailslot... Pretty sure that was the difference >_>

Ravenov said:
Are we still doing this?

Also channeled Alot and managed to pick up a fine while lumbering out of the mailslot...

Pretty sure that was the difference >_>
Click to expand...


Ravenov said:
Are we still doing this?
Click to expand...

I've got a handful of entries to add to the tables. I'll get them all sorted in the next couple of days.
And at least write up a summary of the runs since my last update.

I'm still not sure how the Odyssey GUI will affect runs in the long run, but at least the Horizons version is still around for now, and the Challenge remains open no matter what.


Ravenov said:
Also channeled Alot and managed to pick up a fine while lumbering out of the mailslot...
Click to expand...

The only way to travel!

I'd like to be back running these at some point, after an upgrade to a 3060Ti that mostly makes Odyssey go better ... There's a few things holding me back :-D. Biggest one is that I'm running this expedition (slowly) :
Operation Marduk on EDSM
Which has me a bit far away from the start point, currently here : https://www.edsm.net/en/system/id/69423757/name/Pyrivai+PG-F+b30-0
I'm also having to manage shoulder pain though, so I have on and off time in game at the moment.

One thing I am curious about ... the in game neutron assisted jumping planner seems a bit keener about using neutron stars and it puts fuel stars in the trip as well at appropriate points. I might try that when I look to figuring out how you all get so fast :-D
Last edited: Oct 12, 2021

Double engineered 6A FSD is on the cards, should shake things up if/when it becomes legal 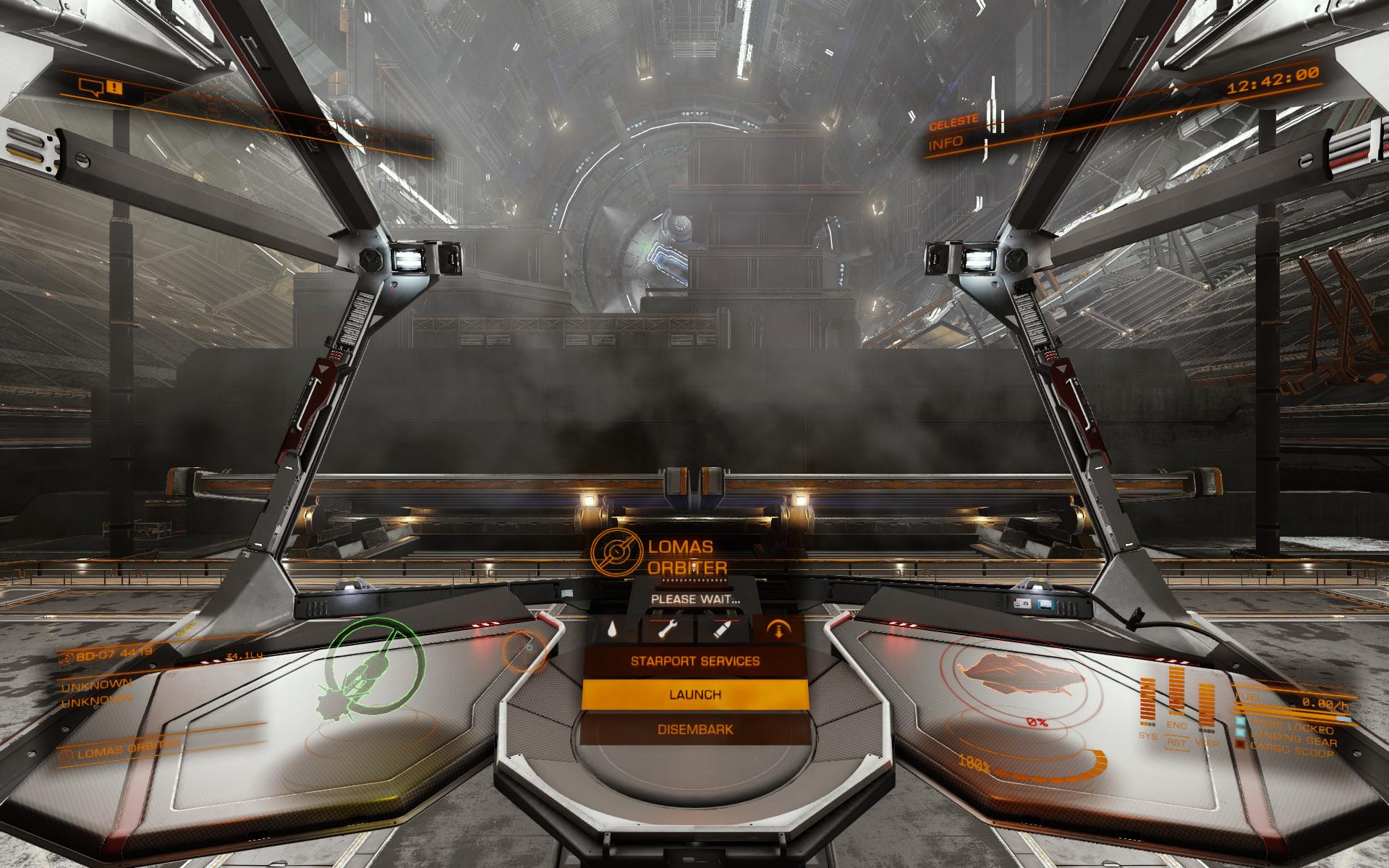 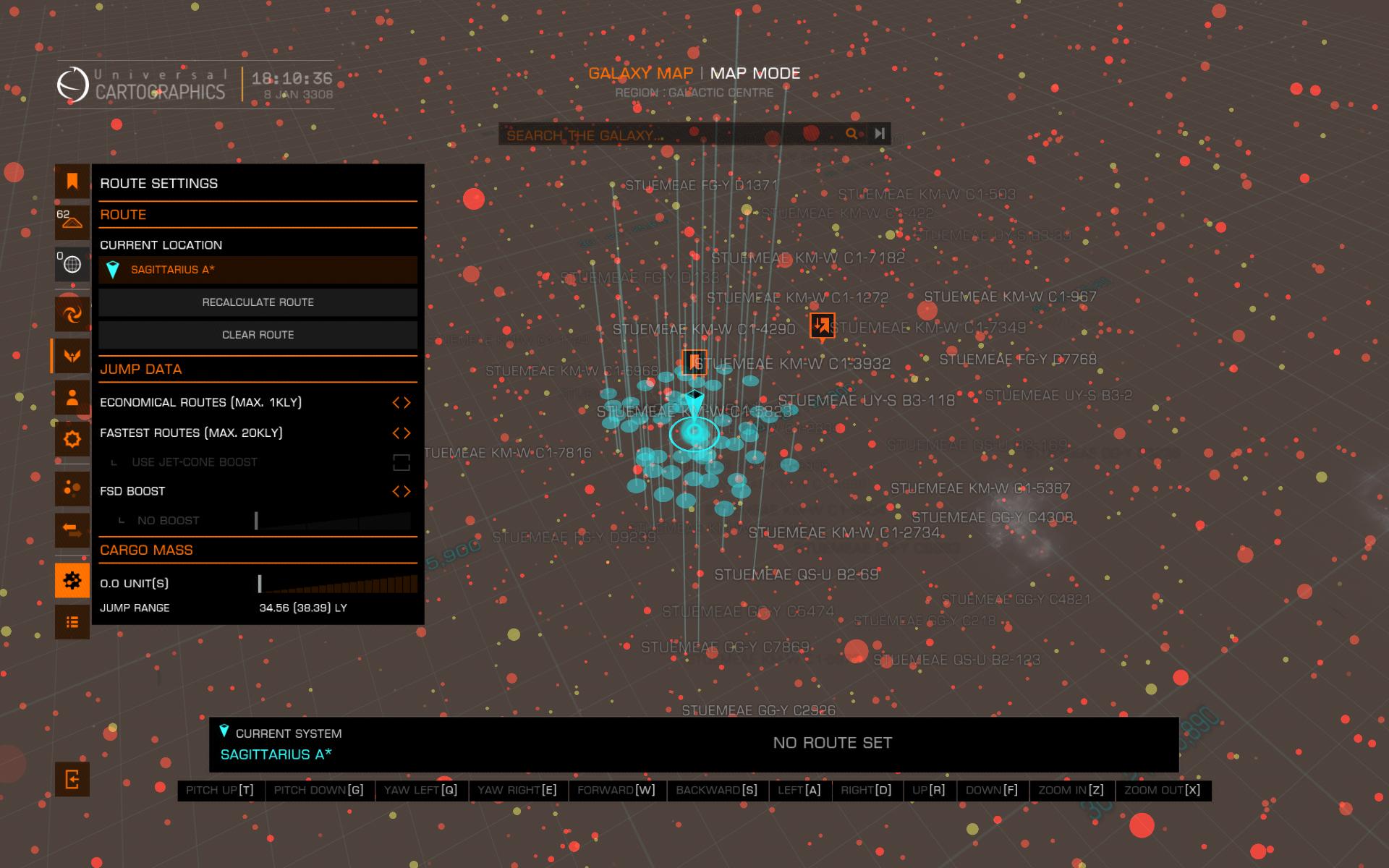 
It's been a while, but here are the latest A* Challenge standings, including all the runs from April 3307 until now, plus an Unlimited Imperial Cutter record by @crotalus that I accidentally missed from the last update.

I'll try to come back and write a nice summary, in a couple of days after the New PilotHustle race event is over. The latest standings include several more runs from A* regular Cmdr Crotalus - including the first A* Challenge entry of 3308 where Crotalus has turned his attention to the many unclaimed records in Neutron Class.

I've updated the OP, except for within the "History" spoiler, which I'll get done during next week. 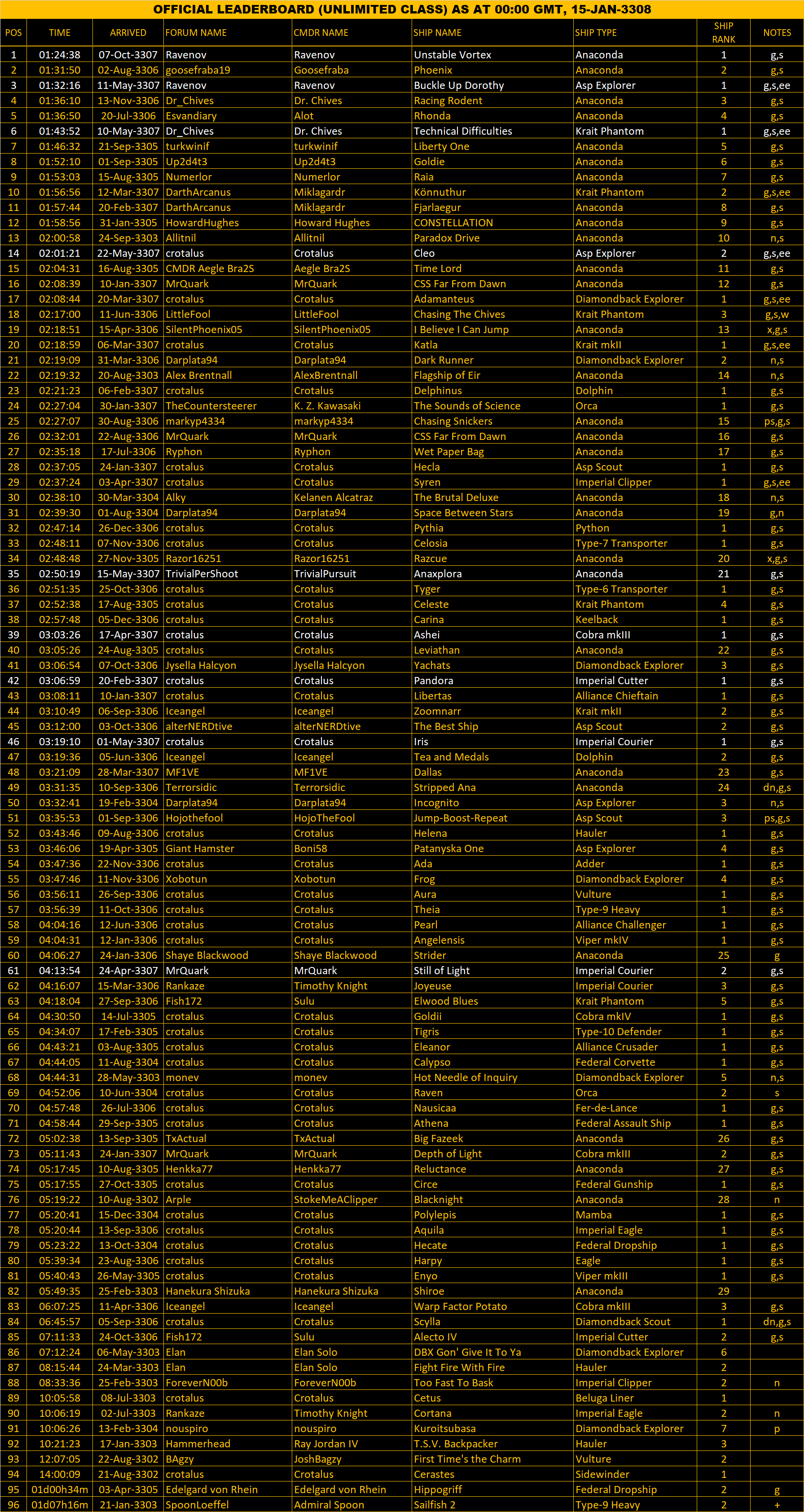 Ravenov said:
Double engineered 6A FSD is on the cards, should shake things up if/when it becomes legal
Click to expand...

I've mentioned this on the Discord, but posting here with a bit more detail to my thoughts.

As FD have now run several CGs for limited edition double engineered modules, but rarely run them to add the modules to tech brokers, then there's every chance that the 3/4/6A FSDs will be made available again and again, but never be freely available to all players.

I think that the best way forward, for these and for any future "limited edition" modules is to allow them, but with an extra note against the run. So if you equipped one and made a Conda run that beat your existing time, your new run would be noted as "le, ee" for limited edition and double engineered. For the purposes of the A* challenge I'm only concerned about the FSD module.

In this way, I would always ensure that the best run for each ship-class without a limited edition module was always recorded, so that a new player would have a fair record to aim for.

I'd prefer to allow pretty much anything goes in unlimited class, and now that FD have gone down the rabbit hole of exclusive modules, I'd rather not have to ever ban a run that had been made in good faith.

So going forward, I'm going to tweak the screenshot requirements to include a shot of the FSD modifications. Any unlimited run that doesn't include that screenshot will be assumed to be using a double engineered FSD - I've been assuming double engineered 5A FSDs since making them legal.

If a run is made with a limited edition FSD, then it will always be marked as "le" on the leaderboard, even if that same module is later made available to all players.

Unless anyone has a really convincing reason for me not to allow this, then I'm going to allow limited edition FSD modules to be used as soon as anyone wants to make a run with one. I sort of feel that "classic class" and "neutron class" will always offer an even playing field, while unlimited class will always allow current players to use the best available modules, and will inevitably get faster over time - if you can ever one-jump to Sadge, then I'll call it a day!
Last edited: Yesterday at 2:38 PM
You must log in or register to reply here.
Share:
Facebook Twitter Reddit WhatsApp Email Share Link
Top Bottom