Spooky season is here and with it the end of another month in our Earth-based calendar. As such, we are delighted to share with you the latest development progress from the team.

This week saw the release of Odyssey Update 8. This brought a number of new and exciting features into our galaxy, ranging from emotes and four-player multicrew to new social spaces in Megaships. We’ve been elated watching Commanders coming together to experience everything that Odyssey has to offer. If you would like to see some of the highlights from Update 8 you can watch our highlights video here.

As Update 8 has just arrived, we won’t be doing an issue breakdown as part of this post. Instead, you’ll be able to find more as Update 9 work progresses through our Supercruise News livestreams in November. That said, we want to provide you with some detailed insight on our optimisations for game performance, a number of which have arrived in Update 8 with more still to come.

Engineers all across the team, from render, to AI, to low-level game systems, have been working hard on optimisation. As part of Update 8, extensive work has been carried out on Odyssey’s light and shadows, improvements to glass, skin, and particles, along with high-level rendering optimisations and further improvements to the Navmesh. These have delivered significant performance improvements to the on-foot experience in a number of areas. We have tested a number of different hardware configurations, and while not every system is identical, we have seen strong improvements across the board in areas such as planet port social spaces and planet surfaces more widely. That however is not to say our work is done.

Please note: These are at varying stages of progress. This is not an exhaustive list of everything that is being considered or currently being developed. They are not final, so they are subject to change. We will keep you updated with news and details as they progress. With that said, here’s a look at just some of the features and content in consideration, to go alongside the other development work required for future updates.

The team have been incredibly busy working not only on optimisation and fixes, but to bring new and exciting content to Odyssey. You can see a preview of some of the features slated for release in Update 9 below.

We are making fantastic strides towards releasing our new SRV and we’re almost ready for our full reveal. Stay tuned to our channels for more details and in the meantime we hope you enjoy the small teaser below…

We continue to expand player missions and their complexity, striving to make each mission more diverse and dynamic. As we previously mentioned we are continuing to work on this, below are just some of the examples of what mission features we will be adding for Update 9. Please remember this is only a snapshot of we have planned and will of course share more with you in the future!

Similar to the mission contacts recently added in Update 8, we'll also be adding new scenarios and related missions to help or meet individuals outside of the confines of settlements. Some of these individuals might need the player's help to get their ship running, or may be waiting for a courier to complete the next step of a sensitive delivery. Sometimes you may find you are just in time to save them from opportunistic raiders.

As we have in social spaces, some of the inhabitants at a settlement may also have requests they can make of the player. These missions are a lot more personal and will be granted by actual inhabitants who you visit again later to complete the mission. 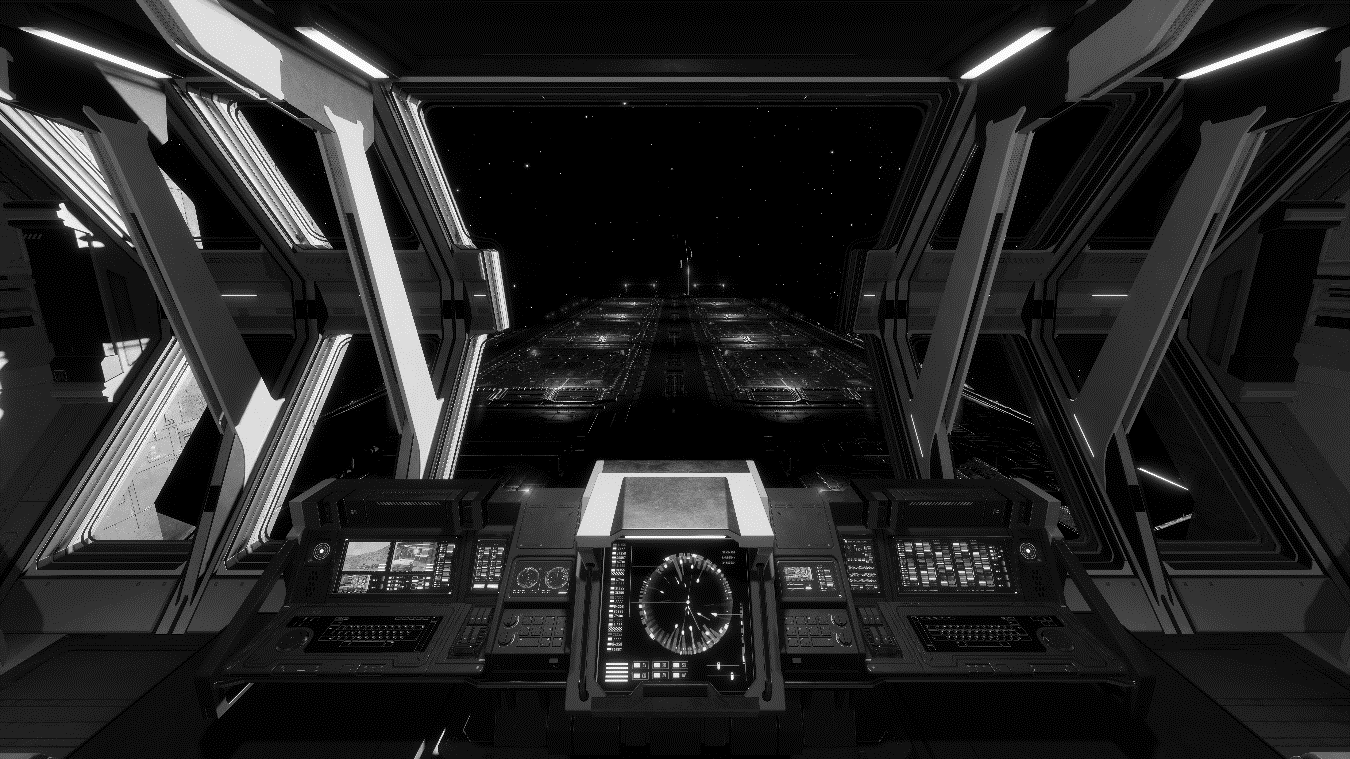 We previously announced that we are bringing interiors to Fleet Carriers just as we did for Megaships in Update 8. As you might imagine, this poses a greater challenge due to a number of variables. These include allowing players to transport multiple other Commanders and their ships while existing in the same social space. We are pleased to say that we are making strong progress towards this and more details can be seen below.

Fleet Carrier interiors will reflect some of the existing services you choose to add to your carrier. For example, adding a Shipyard will add the ability for players to buy ships while on foot.

New optional services will be available to carrier owners. We’ll share more on these closer to launch.

Fleet Carrier interiors will feature escape pods, meaning that any player stranded aboard another Commander’s carrier will be able to abandon ship.

Commanders will be able to experience a hyperspace jump seated inside a carrier and enjoy the view!

Further details will be announced soon - we hope you will join us for a very special VIP Fleet Carrier tour in December!

We’re pleased to see you getting involved and enjoying the current ongoing narrative around the Azimuth Saga. Without giving anything away, we have a lot more planned for 2022!

We hope you’re enjoying four-player multicrew and Megaship interiors from Update 8, and looking forward to pairing up in the new SRV come Update 9. As always, this is just a small look at some of the content that’s on its way and you can expect further mentions of bug fixes, performance improvements, plus new content in January 2022.

Thank you as always for your continued feedback and support.

From what little can be seen, that fleet carrier interior looks great already!

loving that fleet carrier bridge, keep up the good work! Cannot wait to see the new SRV as well

C
In all honesty, I was waiting a loooooong time for a multi-limpet-controller. Thanks for making it real. o7

Nice update but you know what I'm going to say, don't you? 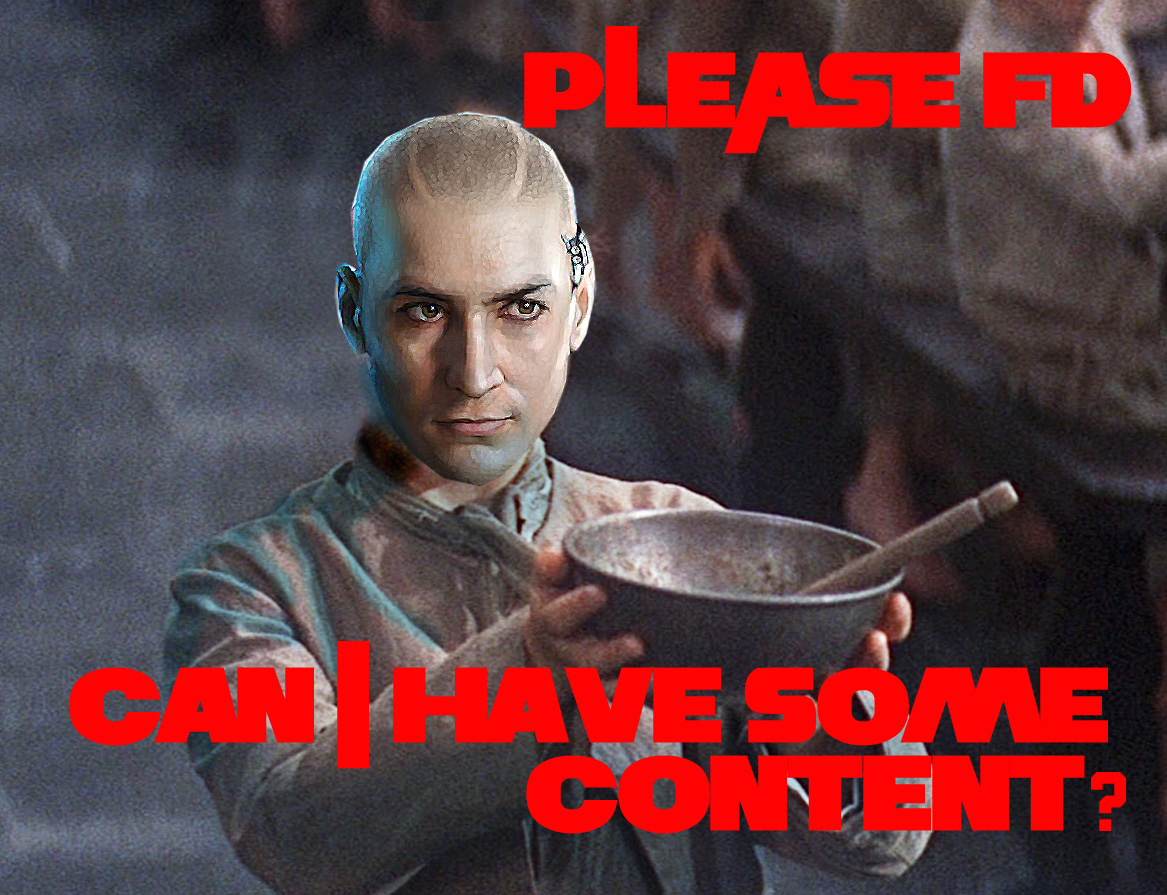 Your dev updates seem to be very short term and only cover EDO things. What about the rest, like Powerplay that was promised to be talked about? I asked Arthur over a year ago, then Zac, and now........nothing....again.

Everyone hyped for the FC interiors, meanwhile I shed a tear of joy for the multi-limpet controller.

J
Lots of interiors, good. Still no interiors in the one place we spend the most amount of time in, our own ships, sheeeez

I have very little confidence the framerate 'optimisation' will do anything significant. When Odyssey is eventually merged with the rest of the game I sincerely hope those in a position to decide what is kept and what is discarded take a cold hard look at the 'pretty' in Odyssey and come to the conclusion that it just isn't worth the performance hit right now & pull the new lighting & terrain generation. It is not going at all well imo.

M
i like the sound of the multi limpet

guys, congrats, honestly this is a really significant improvement. well done and keep it up. hyped

I am SUPER excited for all of this!

When you released Odyssey for Consoles!?!? Pleeeeeaseeeee! We want to play this too.

So... we're getting updates 9 AND 10 still this year? What a pleasant surprise.

Since FC interiors are after 9 but the tour is scheduled for December.