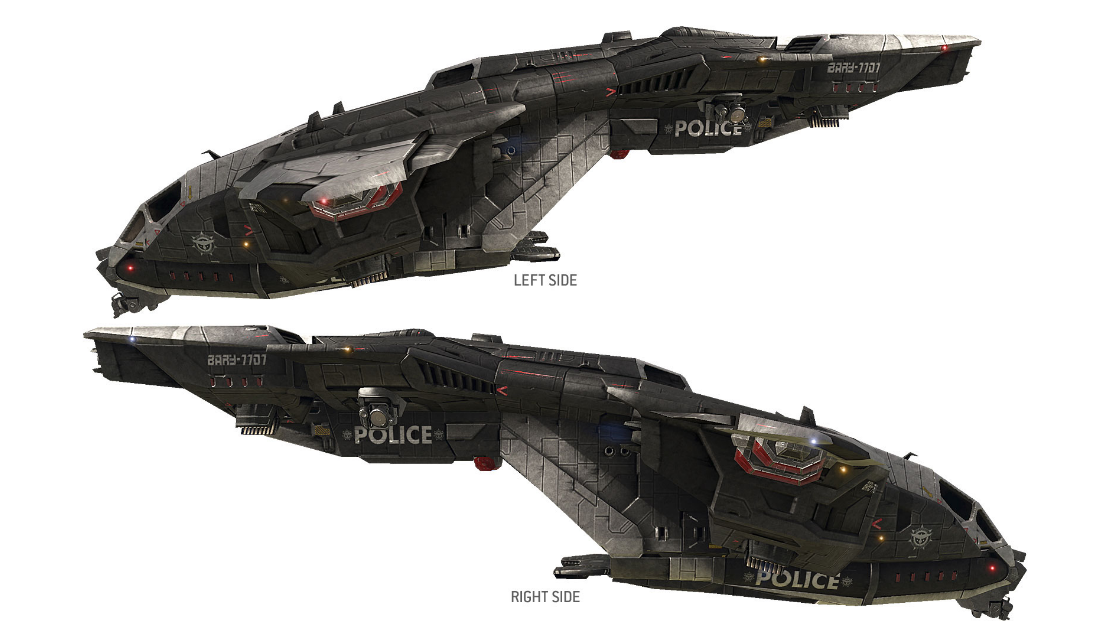 perhaps you did not get it, but it was a concept for the ship from Infinity battlescape game, not from any game... Just sayin'

I know. I posted the Halo ship because it looks quite similar.

Close up on surface structure

Although ED is getting Landing on moons.
We have not seen much (if anything?) from the engine.

So while we wait for something from ED

Lets look at more of something tangible from Infinity Battlescape

The kickstarter is almost here

DirkLarien said:
It is happening !

The kickstarter is almost here

Cool, definitely putting some money into this.

So happy to see this finally getting closer. I will back it for sure and wish them all the luck in the world, its a pretty impressive engine.

Yeah same here
I have watched this genera for so long and these people are still the favorite.
Call me biased, but this will be the real deal once.

this week screens with volcanic planets

R
This has been in production longer than I care to remember. Too late.

C
My god..i first heard about this vaporware in hmm...2008 i think? And it already had been around for a bit. I'm not believing it's happening until a game is actually out.

if this ever comes out it will have been about ten years in the making...but frankly i'm very skeptical.
Last edited: Aug 28, 2015

I remember the development of the INovae engine first being built circa 2004. Does it really take a decade just to build an engine? At such a slow pace I can imagine the developer taking another ten years just to build the actual game.

Robbie said:
I remember the development of the INovae engine first being built circa 2004. Does it really take a decade just to build an engine? At such a slow pace I can imagine the developer taking another ten years just to build the actual game.
Click to expand...

yep. Most likely. I get a feeling those guys have no clue about managing a project. I've known a few designers/programmers like this and since the advent of crowdfunding, most gamers have come across plenty too by now.

I can totally see them getting the game funded and yet never delivering a product cause excuses...like i KNOW it's a very difficult and complex thing to make a video game but you should always do things before talking about them. Wish-designers/programmers are the worst. "And there will be this...and it'll do that...and and...:" and then nothing. Now i WANT to eat my words and be proven wrong, but with those guys, it's hard to be a believer
Last edited: Aug 28, 2015

Well....other big players try to make a game first and think about important engine features second.
Other way around in Infinity.

This engine was developed without any funds and in a SPARE time of Flavien Brebion and few others.
And you wonder it took years ?

Inovae shows pretty much all their cards (the important ones at least) from the get go.
Yet i hear scepticism ?
Others show you just concept arts and some people are ready to throw money at the screens


They never took any money from anybody while promising cloud castles. (there are other companies, that actually did just that)
They deserve that benefit of a doubt.

The team is even so careful and going for a smaller game just to not overpromise. So they can make sure to actually deliver what they promise.
I feel they are capable of much more, yet are modest or perhaps even somewhat scared of the risks.

Anyway nobody is forcing anyone to anything.
I believe in this project and if you want to embark on its journey with rest of us from the community please come and support their kickstarter.
Got a feeling it will be matter of days
https://www.inovaestudios.com/

So without further rambling from my side here are today's screens:
Volcanic world
High orbit

Next week, next dose
also here is Hutch's Imgur

This first shot looks so real

C
ill wait until it's starting to look like an actual game before i get excited. they have zero track record in terms of creating a game. All we know is they're good at creating an engine. That's all we've known for closing on ten years now.

K
What make this promising is the fact that they will be releasing there prototype game to backers to play straight after the Kickstarter is completed. Unlike some other games they won't have to spend years modifying a game engine completely unsuitable for their game type to make it suitable.
You must log in or register to reply here.
Share:
Facebook Twitter Reddit WhatsApp Email Link
Top Bottom