First of all I want to say sorry if this was suggested already (couldn't find anything) and for my not so perfect English. Maybe tell me that this was already investigated, I somehow can't believe that I'm the first one with those thoughts. This is moving in my head since some days and it feels like I have to free it:

I think the mystery is relatively simple and solvable for pretty much every CMDR. Only nobody has done it right so far, has used the key.

Let's take only the first sentence from the codex entry and the codex picture.

I switched 'mother of galaxies' with 'mother of universe' and just googled it. I found that (among others) Hindu goddess Parvati was exactly called this.

And guess what, there's a system Parvati, 800 ly upwards from the bubble. I have no clue why it has a name. There is no star or system called Parvati irl, edsm also has no entry that is was named by players or something, couldn't find anything about it online at all. It's not inhabited. Only 2 stars with large orbits. Couldn't find anything going there plain with my trash alt account in a T6.

The sentence from the codex says "..the jewel that burns on the brow of [Parvati]" so it's either one of the stars in the system or something you might only see from that system, under specific circumstances. Or just something especially striking.

Let's go on with the picture. Googling about Hinduism and stuff (don't want to insult anyone, I'm just not religious and don't really know much about all this) I stumbled about the mantra 'om mani padme hum'. The most important mantra in Buddhism, where's all build upon. Everything. Their 42. (Idk if it's maybe also a thing for Hindi.)
The picture from the codex looks like an freaking stylized om mani padme hum mandala, representing 'the purification of the six realms of existence' (https://en.m.wikipedia.org/wiki/Om_mani_padme_hum , under the topic 'in Tibetan Buddhism')

The mantra means translated (an accepted theory) 'The jewel is in the lotus'. What's in the game that looks like a lotus?
Thargoid interceptors, and we know their ships look like that since hundreds of years. What's inside? Meta alloys? Thargoid hearts? (door = key?, jewel in the lotus = key?, meta alloy/thargoid heart = key?)
I also think it must be an item that's in the game since day 1, but idk if that's the case for MA/TH.

So, did anybody ever bring one of those items to this system? Or to the second star there? Maybe something reveals? Becomes visible in the firmament? Opens? (Or sitting behind the Maia black hole or SagA* with the item(s) on board, locking Parvati and trying to jump, ending up in Andromeda.... or, or, or.....)

Didn't try anything like this yet and seriously I'm a bit to stressed atm to try it out. (Also my main account is near the centre now.) Maybe some crazies here would like to jump on my bIgBrAiN tinfoil hat train..

I know my theory is a mix up of myths/believs and could seem disjointed. But who says that the founders / finders of Raxxla (or fdevs) did not mix things up. And the theory is relatively simple. I don't think we can expect more from the creators of raxxla than we are capable to understand (y'know it's still a game). I'd say it's worth a shot.

Or tell me that/why I'm wrong.

EDIT: I never updated here, but on Reddit: https://www.reddit.com/r/eliteexplorers/comments/hkktc9 Source: https://www.reddit.com/r/eliteexplorers/comments/hkktc9/my_little_raxxla_breakdown_questions_ideas/?utm_medium=android_app&utm_source=share
We didn't find anything there but I think the ideas were good. For insiration, or at least for killing time
Last edited: Apr 2, 2021 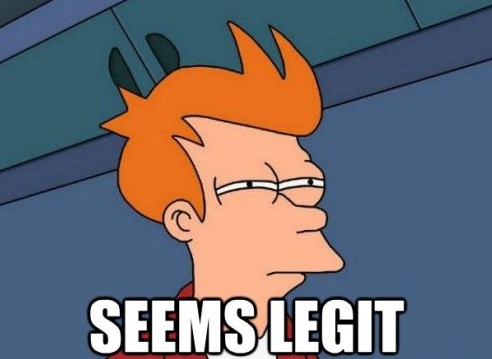