What do you think of this idea. You'll have seen in some bases (especially the big cities on the planetary surface) have roads which allow SRVs to drive around the city.

What do think of creating a few planetary bases which consist of nothing but a large of circuit of this road.

It would allow players to organise their own SRV races.

This and similar suggestions (beacon placing, etc.) has come up lots of times and I think it's something many people would like but perhaps understandably Frontier have considered it as something that would be cool, but not at the top of their list. I guess it's somewhere in there along with CQC changes.....which for me personally I'd like to have seen.

It's just I think it would be a 'quick win' and certainly not as complicated as the changes needed to get CQC changes in. ;-)

I'd like to see persistent POI's placed round some of the better canyons to assist small ship canyon racing. That's really good fun.

Star Citizen has them. No Man's Sky has them. It's time Elite Dangerous has them.

You could use the roadways on those city bases like Ehrlich City on Mercury, which requires permit to Sol, but I'd guess a lot of people know where it is. I had suggested before that CMDR's could designate places like that for things like this. If you go to Ehrlich City, you're there to race..as an example.
It'd be nice if they developed roadways more, but I guess we have to work with whats there.

Actually this would be a really good idea. Why not go one step further and have one circumnavigating an entire planet, (obviously a smallish one).

gazzak said:
Why not go one step further and have one circumnavigating an entire planet, (obviously a smallish one).
Click to expand... 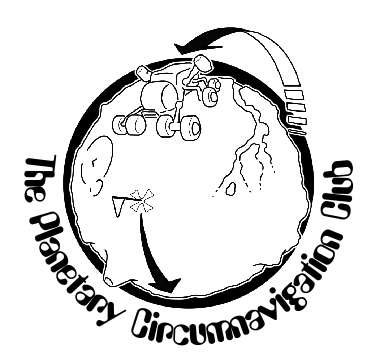 I agree. Proper race track assets and/or the ability to place marker beacons to create your own would be a great, comparatively cheap I suspect, way of enabling Player Groups to create compelling in game experiences for their members.

This is highly frustrating. In particular because there's a chance to add a lot of spice to the in-game universe.

Make CQC and racing both events that happen in the main game in various locations around the galaxy. So you take a trip there, and participate in these events. AI ships would be needed to fill vacant spots, because at this point I doubt that we would have enough players at all but peak times.