So, here's my run of events while the servers spin back up


The geology group captured a live Thargoid specimen, or, something. They pulled it from the Thargoid wreck.
They loaded it onto a megaship, which is now in Chukchan and is a ghost ship

In the logs, which i'll post once I'm back in, everyone's nervous about it. 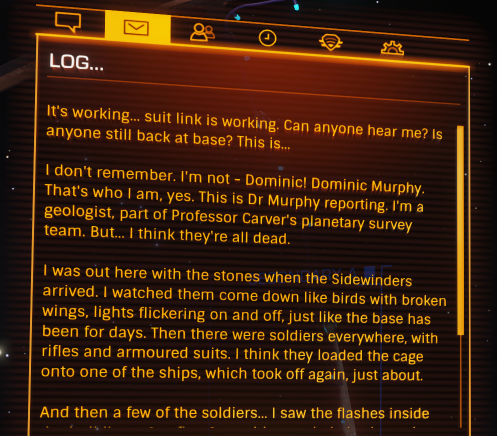 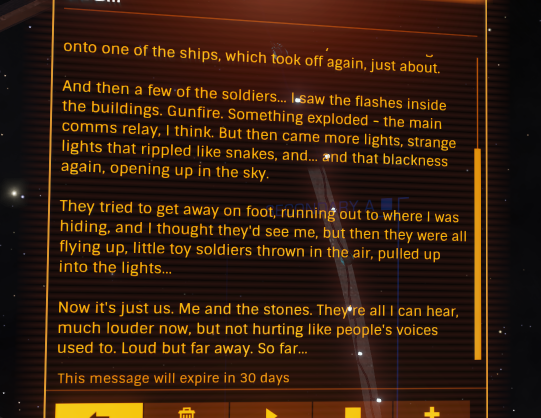 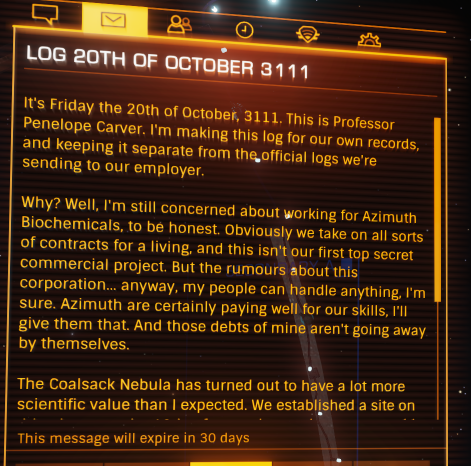 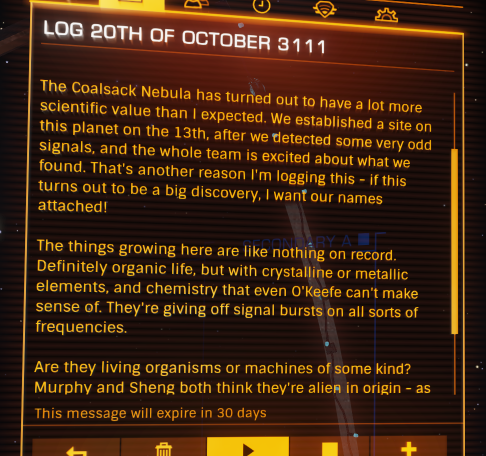 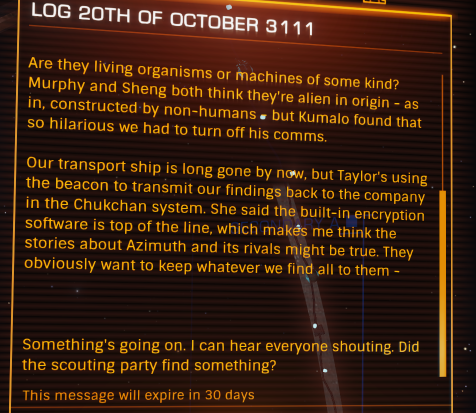 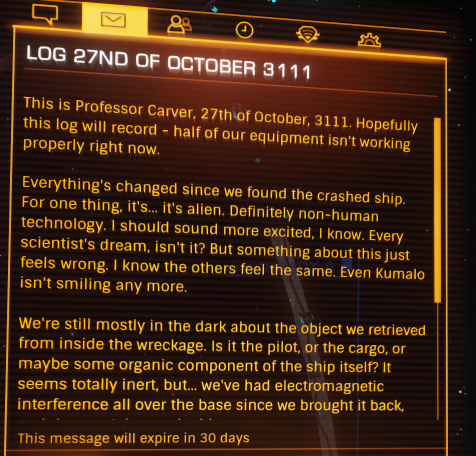 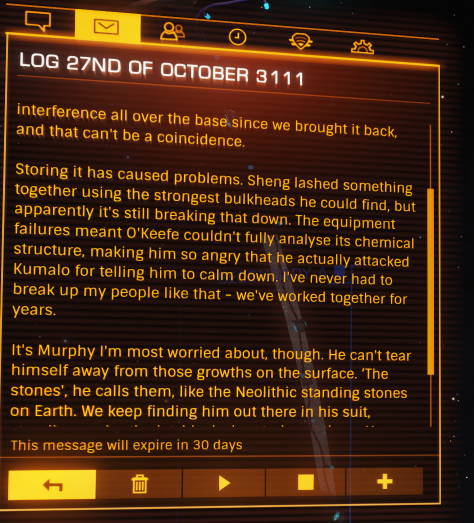 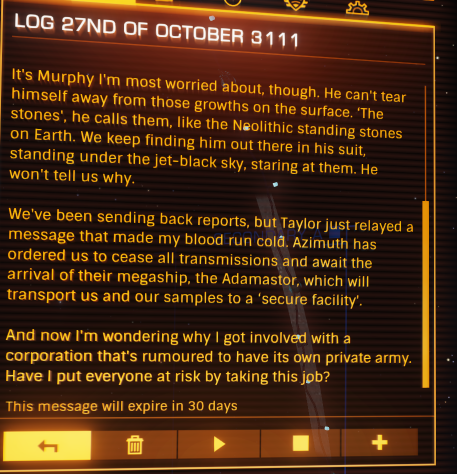 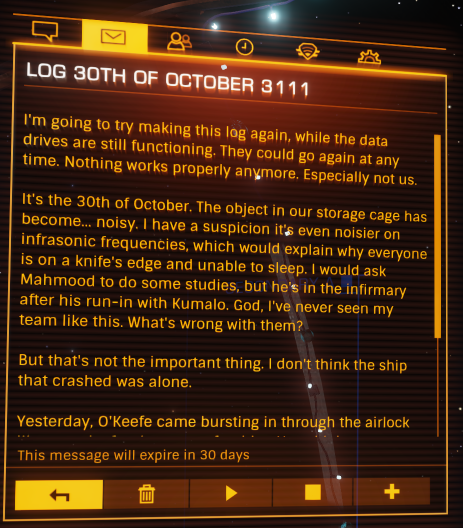 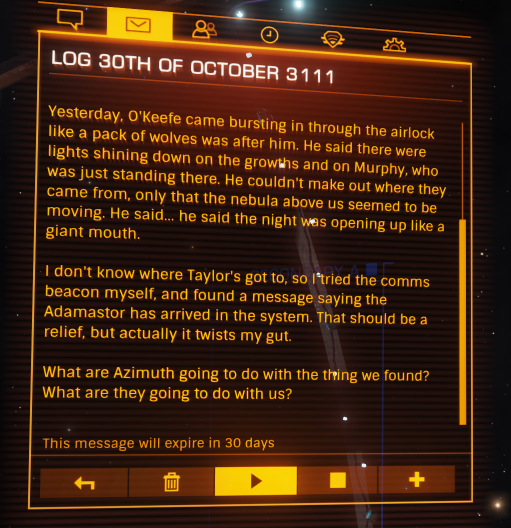 I'm going back, because the server outage was just when i checked another log.

Wimmer said:
Still...What are "the stones?"
Click to expand...

Haven't been able to find anything that I can pick up that "the stones" could be.

The number of logs is 4 correct?

Wimmer said:
Still...What are "the stones?"
Click to expand...

Jmanis said:
Haven't been able to find anything that I can pick up that "the stones" could be.
Click to expand...

If you read
the 27ND of October 3111 log
it clarifies what the stones are.

oscarolim said:
If you read
the 27ND of October 3111 log
it clarifies what the stones are.
Click to expand...

OK, Galnet Article. I think I might be at the end of this story already >.> 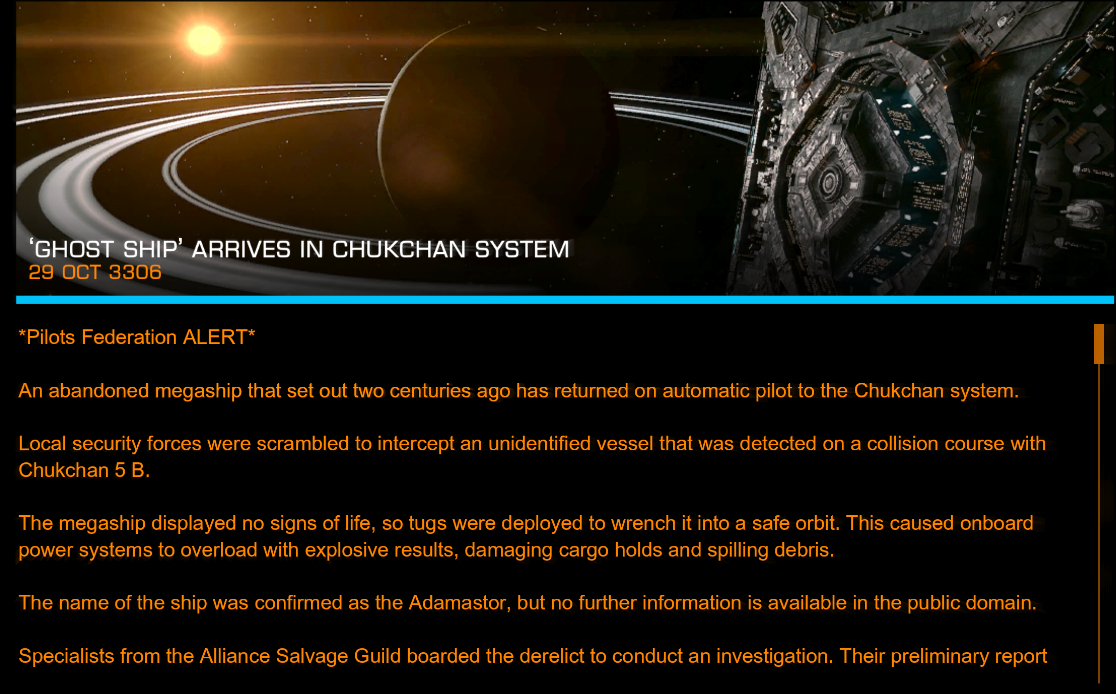 oscarolim said:
If you read
the 27ND of October 3111 log
it clarifies what the stones are.
Click to expand...


Aaaah! I think the stones refer to barnacles/organic outcrops 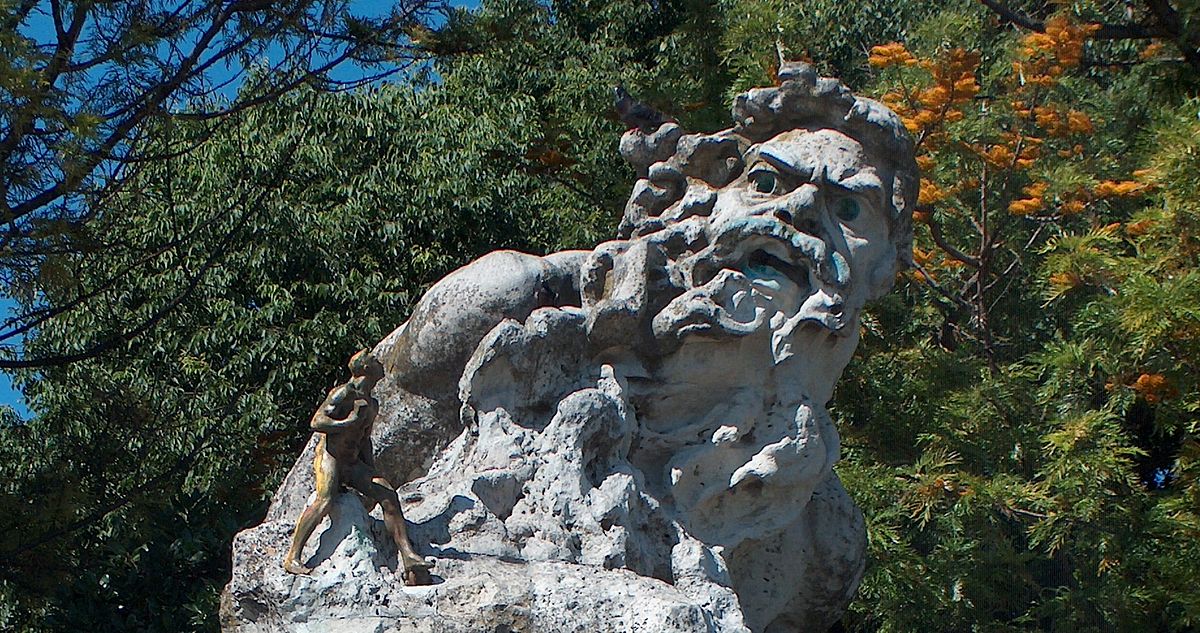 The name Adamastor is an adaptation for the Portuguese language from the Greek word for "Untamed" or "Untameable"
Click to expand...

And another interesting thing.

From logs: This thing found in wreckage started to be noisy on October 30th.
...tomorrow will be anniversary

BTW, i think scanning the SRV gave me this:


Ghost ship has some clues to get here, and some things I guess I'll try to check out. 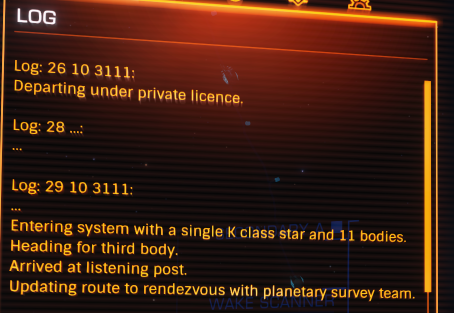 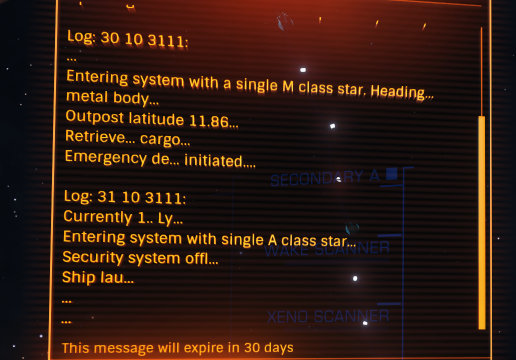 Jmanis said:
BTW, i think scanning the SRV gave me this:
View attachment 193254
Click to expand...

Yep, got it too when scanning the SRV, as well as a small Empire Intel on the Datapoint...

This just happened too: 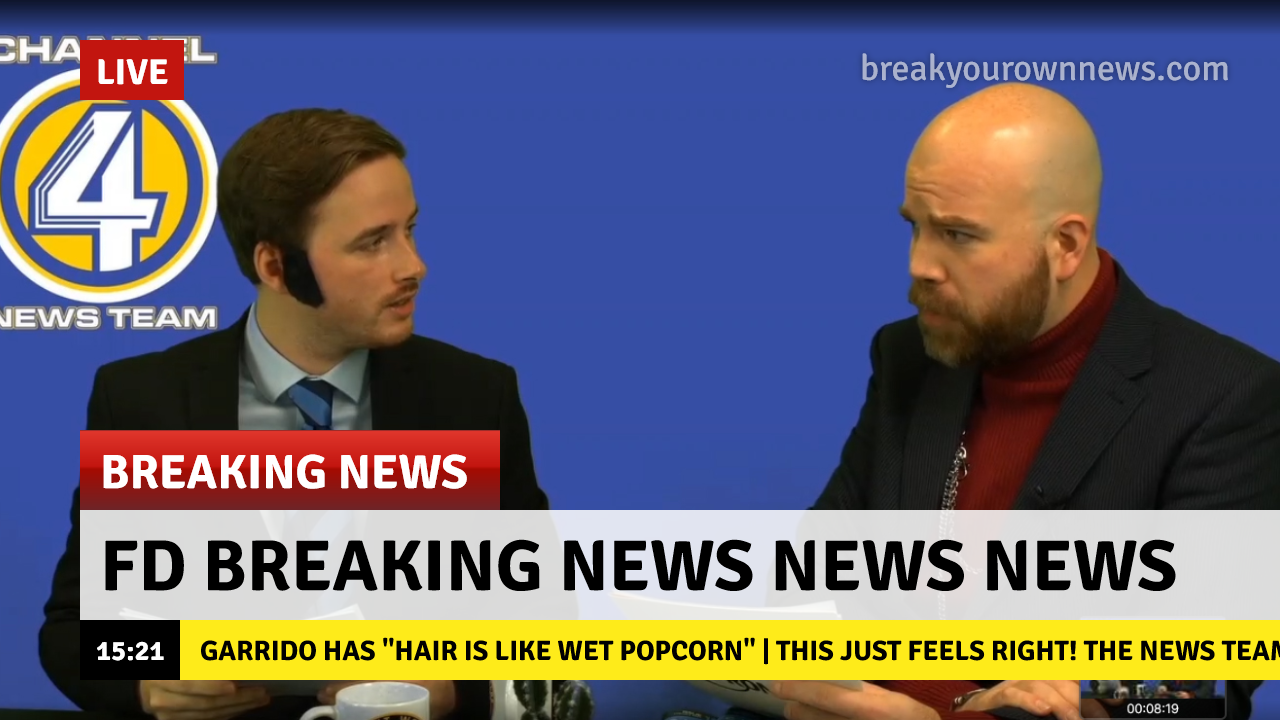 All makes sense as a series of events, then - Thargoids around the Pleiades for a while, branch out to Coalsack in early 3100s, human scientists pick up one of their probes or sensors with the usual results ... later contacts end up with the first war 3125-3151, the Mycoid events probably cause them to abandon Coalsack along with the rest of the region.

Trying to take the sensor back home in an unshielded ship works about as well as expected for the Adamastor.

But the barnacles they've seeded of course persist, which lets the Thargoids come back now to use the site, since Pleiades and Witch Head are still a bit hot for them.

The question is whether there are any other nebulae they seeded at the same sort of time - if so they might now have matured in places like Veil or LBN 623 or Pipe/Stem too.