Why Haven't you got a Fleet Carrier?

I haven't, because they're in no way worth 5b credits.

E
I do not have one. I do not even want one. From what I have read, as well as what I have heard from a friend who owns one, these things are for the most part little more than vanity trinkets. If you primarily operate in the bubble as I do, there is absolutely no need for a carrier. Now, for those who like to go exploring, carriers MIGHT be a tad bit more useful but even then, they come with strings attached. Fuel being the biggest string. I have over 2 billion credits already and could probably whip up another couple billion in less than a week. If I actually wanted a carrier it wouldn't take me long to get one. I won't spend a penny on a carrier though, because it's simply not worth it to me. The introduction of carriers for me, was a "meh" mini-expansion to the game.

I don't have too much of a use for it, and the only realistic way of earning the kind of money needed for one would be to exploit the overly generous and challenge-free ways of making credits Frontier has inexplicably introduced over the years, which I refuse to do. They kind of epitomize the vision shift that has clearly taken place after release, which I despise.
Last edited: Oct 17, 2020

The best thing I ever did was buy a Fleet Carrier, it has totally rejuvenated my interest in the game. I have owned Elite since it came out around 6yrs ago. Over the years I have had several up and down periods in regard to playing time and before the fleet carrier update was pretty bored to be honest and only played a couple of 2hr sessions a week, if that.

All my five remaining ships were engineered mostly to the max, plus various Guardian stuff. I was Elite in trading, Deadly in combat and Pioneer in Exploration. Missions were okay but boring as I was aligned with all the factions in my trading sphere and so almost always had a decent paying job or three offered. Never been interested in combat zones etc but enjoy blasting any of the numerous npc's who attack me on my route in my Corvette. I quite enjoy mining, I find it relaxing but my big wish in the game was to go long term exploring. I had tried two or three times over the years but being stuck in one ship for a long time gives me cabin fever and in the end I would just make my way back to the bubble.

With the implementation of the FSS scanners and the fleet carrier I can now go on a really long exploration hike and with my five remaing ships I can vary my gameplay and not get bored. I have slowly made my way out of the bubble and on reaching my destination take out the Corvette and fully scan every system reachable within 38ly. I am especially interested in finding pristine metallic rings but there are loads and loads of icy rings for tritium etc. If I need fuel or want to go mining I can take out either my laser rigged Python or my PWS rigged Cobra MkIV. Once you get a bit away from the bubble you find a deal of unknown/unscanned systems and these become very profitable, I have earned much more than the weekly cost of running my fleet carrier selling the results of these scans, although with over 2bcr still in the bank that is not a problem.

My long term objective now is to fill her up with goodies as I go along and opportunity knocks and then, depending on distance find the closest selling port do a bit of mission deliveries to get aligned wherever that may be and when I get bored with that start again but in a different direction. I expect there are many more Cmdrs doing more or less the same and maybe we can wave at each other on passing.

I still don't know why should I need one, perhaps if at least It could be piloted...

Kzak said:
I don't need one, it doesn't fit with my playstyle. Sure, it's useful for certain things, but if I go exploring, I don't want a huge anchor holding me back when I can travel a lot faster to get to the interesting regions.
Click to expand...

That what I thought but was using. In current trip I decided just to park it and keep going alone. Couple jumps and I got to very low stars density where I had to use jumponium to pass it. Guess what? I called carrier I felt not comfortable without it
P.S. prior buying it I already passed 1 mil ly mark.

1) I can't afford one yet
2) I don't want one for many reasons, the main one being I hate the way they clutter up the system map. I also think I would get more enjoyment travelling to distant stars the old way instead of a few short jumps. There are many more annoying aspects of owning an FC that have no interest in either.

Some people seem to have more time and/or are happy to relentlessly grind out the billions to get one (post-nerfs). I don't have the time but happy to get there at my own pace. Whether I actually NEED a FC is another matter though as exploration seems to be better and more efficient without one.

T
First up - I don't have the money, and the kind of money involved is a big ask for a player that doesn't want to use 3rd party sites.

But I'm not really working towards it either because...

I think the random maintenance upkeep is bad design. Make the thing destructible and the upkeep the hiring of npc defender Pilots, the building of ships for them to fly.

Let me add other players as 'crew'

The clue is in the name.. 'fleet'... And one person flying 1 ship at a time ain't no fleet. Sure you can have your mates in a hanger, but the only interaction is a taxi service

Missed opportunity if you ask me

Arindor said:
Some people seem to have more time and/or are happy to relentlessly grind out the billions to get one (post-nerfs). I don't have the time but happy to get there at my own pace. Whether I actually NEED a FC is another matter though as exploration seems to be better and more efficient without one.
Click to expand...

With FC it's just different. Now I fly at 1500 below plane without detours. It's complete uncharted. 1 carrier jump distance scanned goes up-to 20 mils after my 33% fees are paid.

I had one for about 45 minutes in the Beta.

That was enough Fleet Carrier for a lifetime.

I mined the necessary cash but after testing one in the Betas I couldn't think of anything I'd use it for, that coupled with the upkeep and maintenance made the whole process seem like a job not a game.

Additionally I play ED so I can fly spaceships and you sadly don't fly the carriers just move them around and then refuel and move...................

Zieman said:
I don't need one.

To me it is just a gimmick, which I haven't bothered to play with yet.
Click to expand...

I didn't need one.

Until I got one.

Now you'd have to prize it out of my cold, dead hands to take it off me.

Oh, a question. If I did decide to splash out on a carrier, is more than one design available? I thought someone once said there were more than one, but I don't see details in the game.

Brrokk said:
Oh, a question. If I did decide to splash out on a carrier, is more than one design available? I thought someone once said there were more than one, but I don't see details in the game.
Click to expand...

Use ARX to buy customisations for your commander, ships, SRVs and fighters.

too big, too expensive and I have better cash-sinks to throw credits at on weekly basis.

L
I haven't even figured out how to make money, so how could I afford a carrier? And what for? It's not like they are carriers that could be used to attack stations or Thargoids or something, they are just hanging around and are blocking the target lists and system maps doing nothing. They contribute nothing to the game other than maybe allowing players having too much money giving a way to spend some --- and there would have been much better ways for that. Before that, they should fix mining and introduce ways to make money that yield amounts of money that correspond to the cost of the non-carrier ships.

I generally like the idea of having player-owned capital ships, though. That includes megaships for trade (we somehow would have to make the money to own the other capital ships), battleships and carriers for war, but not the carriers when they are useless as they are now.

And please leave the mining to automated drones (they'd do a much better job anyway than players and the players could have fun instead) and bring back the mining devices that could be set up on planets like we could in Frontier (but with the difference that the game doesn't crash after you put a mining station on a planet and then try to leave the planet).

Does anyone seriously think that the cooperations wouldn't have automated mining a long time ago and there would still be more than one or two players in the game actually doing the mining themselves? I could see for the players to deploy mining plaforms within rings and come back every now and then to pick up materials and the the minerals that the automated transportation ships didn't sell at stations or transported to the megaships ... Just make those indistructible like the carriers ...
Last edited: Oct 17, 2020

No way I'm buying a this huge flying mobile base only for myself and besides regular in-game activities I don't need an extra activity related with making money to keep the carrier operable. I noticed that many FC owners are focused mostly on maintaining their carrier rather than enjoying things this game has to offer, simply put - fleet carrier is yet another time sink. Too much of those in this game.
But I would gladly buy something between a large ship and a fleet carrier. Something that shares features of a carrier but in more limited scope with jump range of 100-150 ly, uses tritium, maintenance costs - mostly for realism and not as severe as FC costs.
What else instead of a carrier - a stationary inflatable outpost and I hope this will be a part of Odyssey someday. A quiet place on a surface of a planet, where you can park a few of your ships, store some of your modules, install optional money making features such a mineral extractors, space research antennas. A place where you can do remote trade via hired vessels, make investments, hire mercs to fight for you CZ's, etc... - of course on a limited scale because Elite isn't a 4X game. And when you're bored with the location you can order dismantling before setting on another planet, that would be really cool. 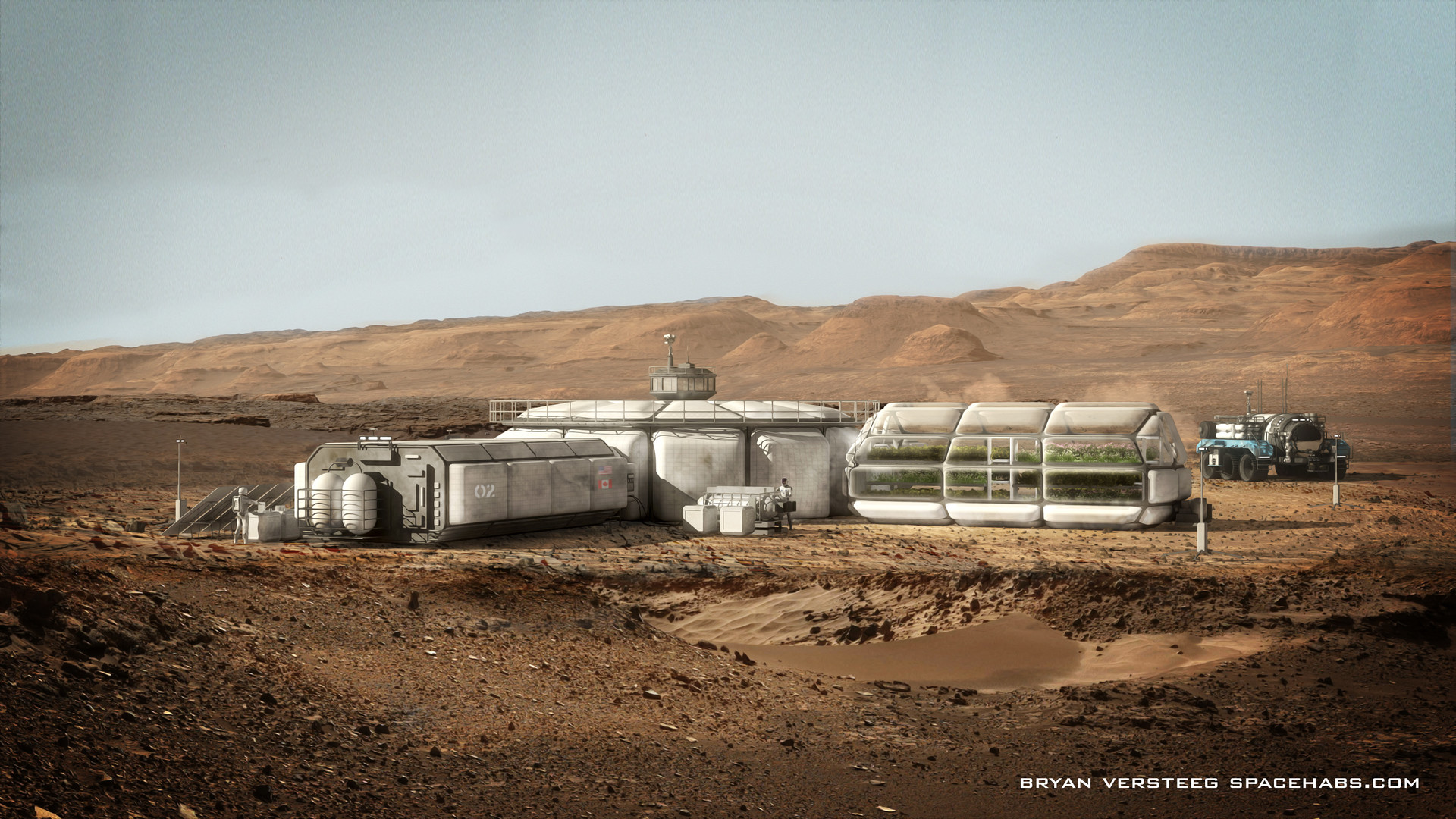