Alec's best of the forum (and elsewhere) [v2]

Back to business as usual and (especially since Saturday marked exactly one year since the Turning The Wheel project began!) it would be remiss of me not to give Turning The Wheel a shoutout (even if Frontier currently have bigger fish to fry).

I guess this is as good a place as any to drop into the latest conversation ..

LTT 5455 - Wolf 562 Major Inc, Missions for INF, want to stop them from retreating! After that passes, we want them to be above the native factions. I have been trying to get them up, they were at 7% and 3rd in the list but now they've gone back down to 3% :s

I will probably try to do a bit of a Trending update when I have a bit more time on my hands (I'll probably start by clearing out all the pre-Odyssey trending posts ... let's start afresh and see if we can find some good in this world that's worth fighting for!) 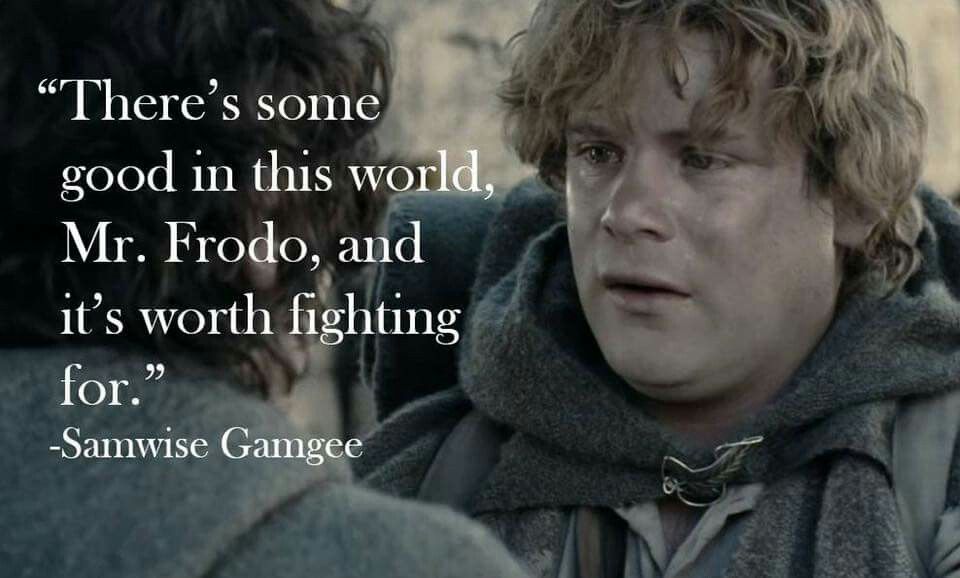 Alec Turner said:
Is that the thing where your taxi lands on a planet where it's too hot/cold to get out ... and then just waits for you to get out?

Can't you just re-log to Horizons?
Click to expand...

That works in the above scenario I think. In my case I'm stuck in SC and the AI just circles around a ringed planet, it cannot find it's way to a planetary port.


Viajero said:
Is the Apex stuck in supercruise? I imagine you have already tried someone interdicting and destroying, no dice?
Click to expand...

Yes, there is a workaround of someone ripping me out of SC via Wingman Navlock and then quickly destroying the Adder, but... instances... are... broken... too. I might try again at some point this week, but for now I gave up. I have a support ticket opened, so whever they get to it...

Alec Turner said:
I expected them to acknowledge it ... somehow ... in some small form. Just a Galnet article, something.
Click to expand...

Cheer up mate. When the players numbered tens of thousands every group was made more important than it should ever have been, now it numbers hundreds of thousands those same groups feel left out when in reality they are just being treated as everyone else was. They are like regulars in a failing pub hating the new landlord who makes a success of it, just complaining about everything but mainly that they arent special anymore. Dont surround yourself with negative people, they only drag you down with them.

We got GalNet back. As a TTW participant thats all I wanted, a bit of fun an purpose and to show Frontier I cared about the lore, I knew full well as did anyone that we were NEVER going to get into PL systems. That would be the most ridiculous thing Frontier ever did, bow to a player group like that. Why make TTW special above all the pmfs? Why celebrate a group that pees all over the lore and the secret nature of The Dark Wheel by having them in many systems across the Galaxy and actually spoils it for new players looking for this secretive special select group who were only meant to be in one system? It doesn't make any sense whatsoever. The fault lies with the people who hyped it up and guaranteed that things would happen leading less knowledgeable people down a dark alley just to get clicks on their videos. Not with Frontier, they responded to the ones calling for the lore to matter by bringing back GalNet which wasn't just TTW at all anyway.

It was never a genuine possibility. It was a bit of fun and a community effort by some people, Frontier should not be kissing our bottoms or us theirs. They should treat all groups equally and not have 'friends' the way they did, that has been divisive.


Alec Turner said:
I think more hope was pinned on the expansion into LFT 509 to be honest (whose swing and a miss has only just happened and which marks far more of an end-point to the project than the Sol expansion) ... but I wasn't going to go on about it.

Hope yes, some people always had hope, some had more and did it for their own ego or literally financial benefit, these people are not to be trusted, I always spoke on TTW thread to temper expectations because I could see people getting hurt or upset when it didnt happen, again, it is not Frontiers fault. Sorry but thats the way it is. We were no better than The Truckers, Project IDA, Fuel Rats or any other group. We never represented anyone but ourselves.

Raxxla thread is still going strong btw But that because we dont have expectations there, people who do get burned out and disappointed very quickly. Its the single best secret of all time, Frontier are not going to give it up coz some players demand it. Its better left hidden. The Dark Wheel on the other hand, I think they can do something with at some point and hope they do but not as a route to Raxxla. Nothing can live up to the dream.

Sorry for sounding harsh but a wake-up call is needed. Every player (paying customer) should be equal to every other paying customer, thats where Frontier went wrong in the past and it was divisive, you were either part of the clique or outside it. No customer should feel ignored because a more vocal group are getting all the benefits. Its basic customer service - Dont have cliques.

I understand your 'mojo' comment, but the game has grown exponentially as has the playerbase. Great things are happening all the time, new players still find it as exciting and frustrating as we did when we first played. People who are happy are playing the game, people who stopped playing or are unhappy are more vocal, its human nature. Switch off for a bit, its not the end of the world and most of the real present EDO issues will get fixed pretty quick. Its not worth getting salty over, its just a game. Remember when we didnt have any Elite to play at all for decades? This is still a million times better than no game. It will be better again.

Go and find a noob who wants to do something and help them do it, not by telling them the answer but by helping them discover how and not by telling them its a grind and they should shortcut it. Experience it through their eyes and remember what you liked about Elite in the first place.

OK, no sooner have I said I'm feeling uninspired by Odyssey than I see a video that REALLY excites me, and it's from none other than @BlackMaze, ironically one of the main critics of the new Odyssey terrain.

This is just flippin' sensational (and I'm really kicking myself for not taking part now ... sadly I was too busy sulking!).

Trending: Odyssey SRV racing, The Wheel stops Turning (or does it?), Odyssey's first on-foot planetary circumnavigation (or is it?), DrKai make's EDProfiler Odyssey compliant, a list of what's missing and a thread about pre-upgraded gear.

There's also loads of threads about Odyssey being a pile of crap but nobody wants to read that right?

And lastly I've moved all the old pre-Odyssey Trending posts into post #5 and I've linked the-great-big-odyssey-screenshots-thread into the "screenshots and videos and songs" section since it appears to be here to stay.
Last edited: Jun 2, 2021

P.S. I've updated Trending with an earnest plea from the VR community whose tenacity in not being forgotten about I wholeheartedly support.

TL-DR - We want VR to be on the odyssey roadmap, but understand it will be towards the end of the roadmap. Also, if possible, as a stopgap, we'd like the VR headcam to be enabled on foot and understand it will not be a polished VR experience. As VR players we recognise that EDO still has many...

Also, if anyone like me has been having trouble using F10 to take screenshots since Odyssey launched ... a solution!

Alec Turner said:
OK, no sooner have I said I'm feeling uninspired by Odyssey than I see a video that REALLY excites me, and it's from none other than @BlackMaze, ironically one of the main critics of the new Odyssey terrain.

This is just flippin' sensational (and I'm really kicking myself for not taking part now ... sadly I was too busy sulking!).

Ooh, that is pretty great. It's nice to see Odyssey looking it's best in motion, I've seen a lot of great stills but haven't run across as many videos, and this one really does a good job of highlighting what's working well.

Really lovely video from @BlackMaze highlighting some (all?) of the different settlement types.

I'm not sure that's the right link Alec. It just opens the first page of this thread.

The Nephilim said:
I'm not sure that's the right link Alec. It just opens the first page of this thread.
Click to expand...

Yeah, I've always done this slightly perverse thing of keep all my "Trending" links together inside a SPOILER tag in post #1 and then directing people to that when I post an announcement of a new addition to the Trending section.

Just wanted to give a quick shoutout to Down To Earth Astronomy's "CMDRs Toolbox" site (already linked in the "other 3rd party sites and tools" section) which has an excellent new On-Foot Material Locations (Alpha Test)" tool which will tell you where to find all those different materials required for suit and hand-held weapon engineering. I also wanted to mention Hawkes Gaming who has a highly rated Odyssey material farming guide video (gonna watch that in my lunchbreak today hopefully).

I'm interested in hearing what you think about it. It's pretty gamey, with a lot of logging off/on kinda stuffs. It does give lots of info on where things might be. I've personally decided to gather my mats by playing normally -- I don't find the "fastest" way to be the most fun.

Codger said:
I'm interested in hearing what you think about it. It's pretty gamey, with a lot of logging off/on kinda stuffs. It does give lots of info on where things might be. I've personally decided to gather my mats by playing normally -- I don't find the "fastest" way to be the most fun.
Click to expand...

I'm going to file it under "soul destroying grindfest" (a category the observant among you will notice I don't have). Probably an excellent guide for those that enjoy getting grade 5 everything as quickly as possible while reducing all intervening gameplay to mindless busy work but personally it made me want to slit my wrists.

Alec Turner said:
Probably an excellent guide for those that enjoy getting grade 5 everything as quickly as possible while reducing all intervening gameplay to mindless busy work...
Click to expand...

I've just linked my first couple of Odyssey guides into the "Odyssey" part of the "manuals, guides and other stuff for new players" section.

Do let me know if anyone spots any other guides like this (forum or elsewhere) which explain some of the basics of Odyssey.

V
Good grief Alec slow down! Glad to see your mojo is back though

I've linked a few more useful Odyssey guides into the "Odyssey" part of the "manuals, guides and other stuff for new players" section.

Also ...
Trending: @Ian Doncaster excellent roundup of the last five years worth of news from Colonia.

This needs sharing until it's impossible for Frontier to ignore this issue anymore.