Well, just spent a very pleasant hour driving with Ian across some of Charon's less stressfull landscape with Pluto shining down on us from above. Nice mixture of flats, mounds and the odd smallish crater plus a really nice big one at the end which we could see ahead of us like a dark wall .. 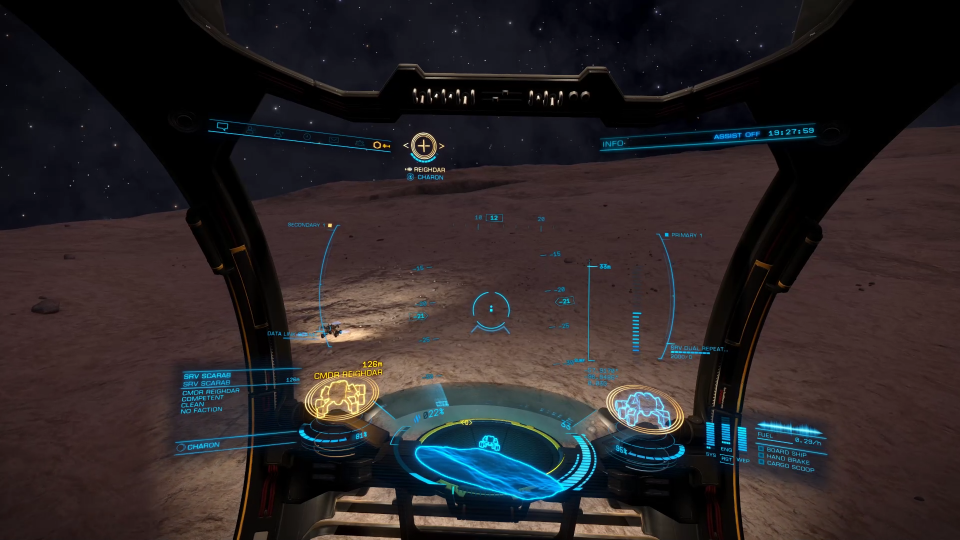 .. that seemed to stay on the horizon for ages until I suddenly found myself pretty much in it.

The only bummer was that about 2 minutes into the drive my steering column (aka HOTAS twist input) completely failed leaving me with no choice but to plough on using only my boots pressed against the axles (aka left/right digital inputs) for some rudimentary directional control. Luckily it turns out that as long as you stay mostly in the air ... you don't need a steering column ... who knew?

Anyway, a new stick has been ordered for next day delivery (sorry bank balance but Elite has become such an integral part of my life now that the idea of even a day without it is pretty much unthinkable).

Safe travels Ian, hopefully I will return to seek out more giant rocks and deep craters with you in the not too distant future.

P.S. I appear to have about 20 minutes of video of you talking to yourself ('cos I forgot to record my own mic') so I might try to edit that into a little video to post here later in the week.

Sure to be a fascinating conversation

Ian Phillips said:
Sure to be a fascinating conversation

Yup, pretty much exactly that ... and something about it being really pink! [haha]

Alec Turner said:
Yup, pretty much exactly that ... and something about it being really pink! [haha]
Click to expand...

Edit:
Here you are 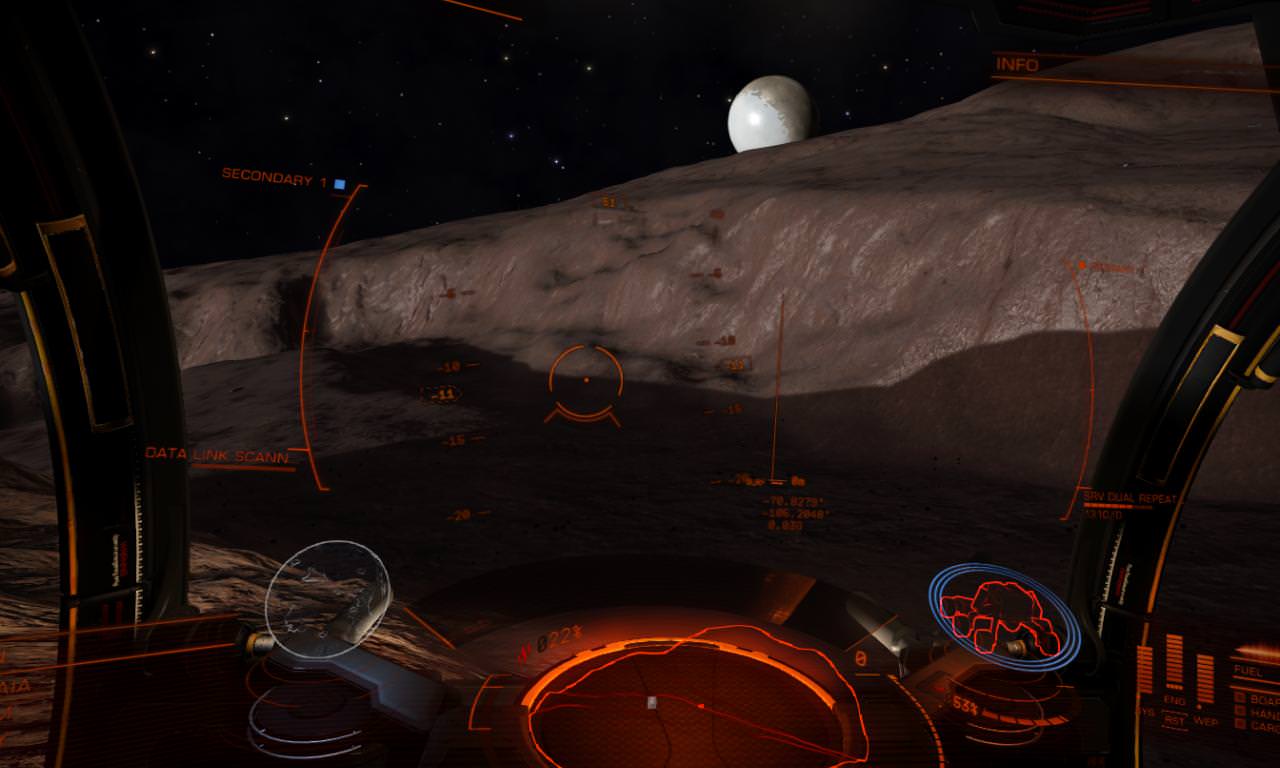 Having figured out my Great circle, and where it intersects the equator on the return leg of the journey (thanks to those who chipped in..) I've been following a bearing of 14 degrees for the last couple of days. Practically as soon as I turned to head in this direction I hit a patch of canyons and mountains and have been fighting through them for 2 days, to emerge onto flat ground this evening.

Here are some moments from the start of the return leg.

Pluto is back in the sky 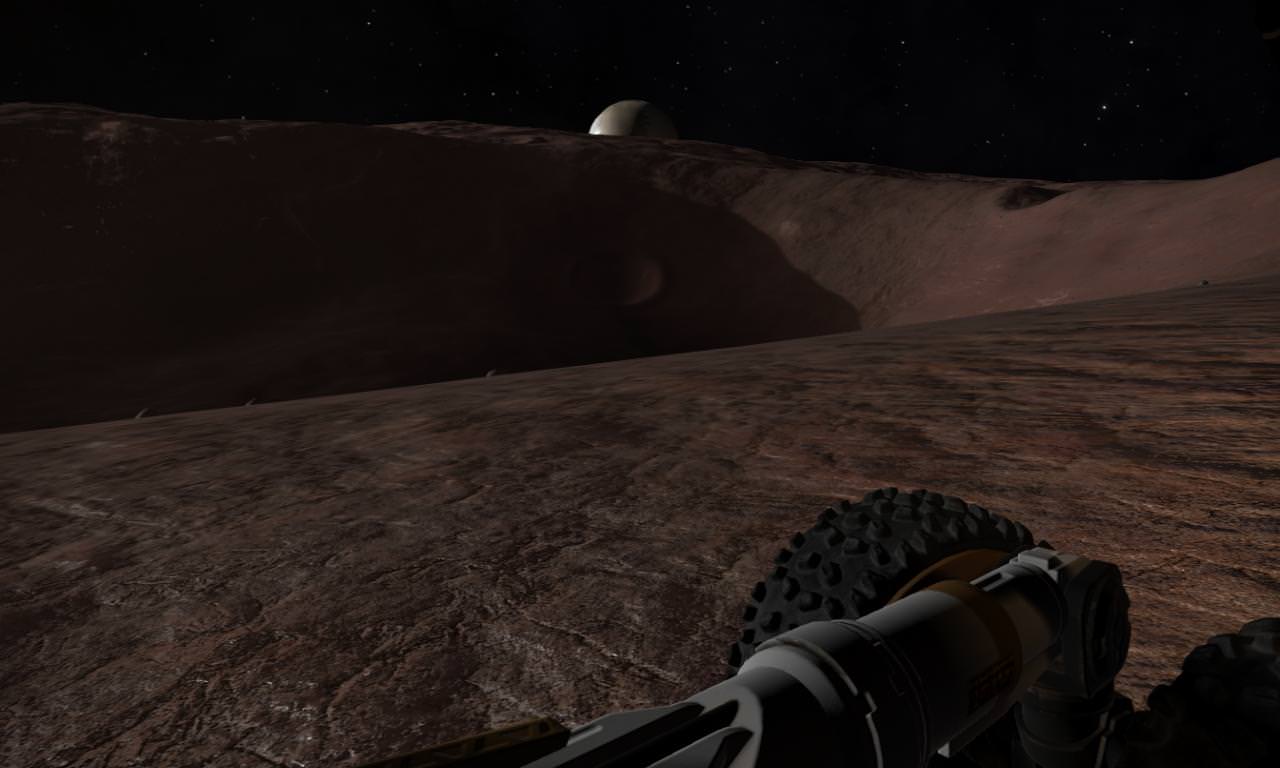 First time to see the full face of Pluto 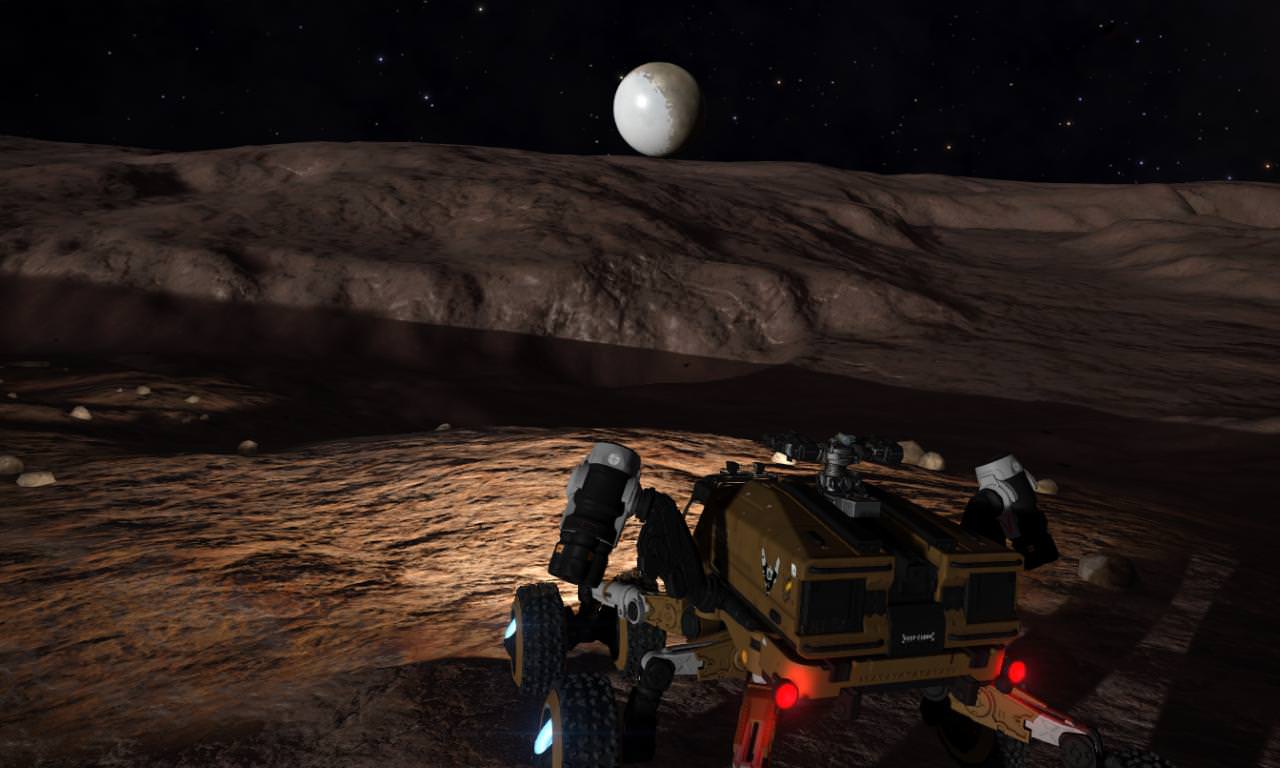 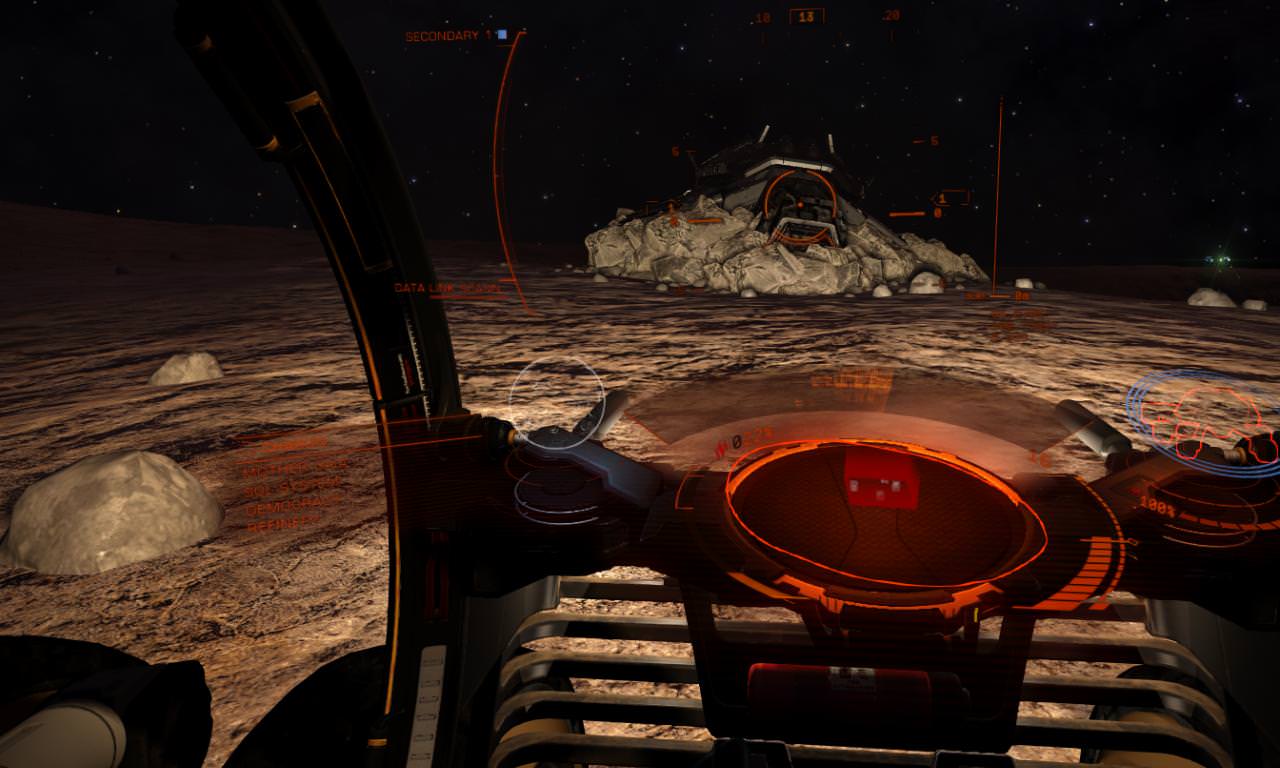 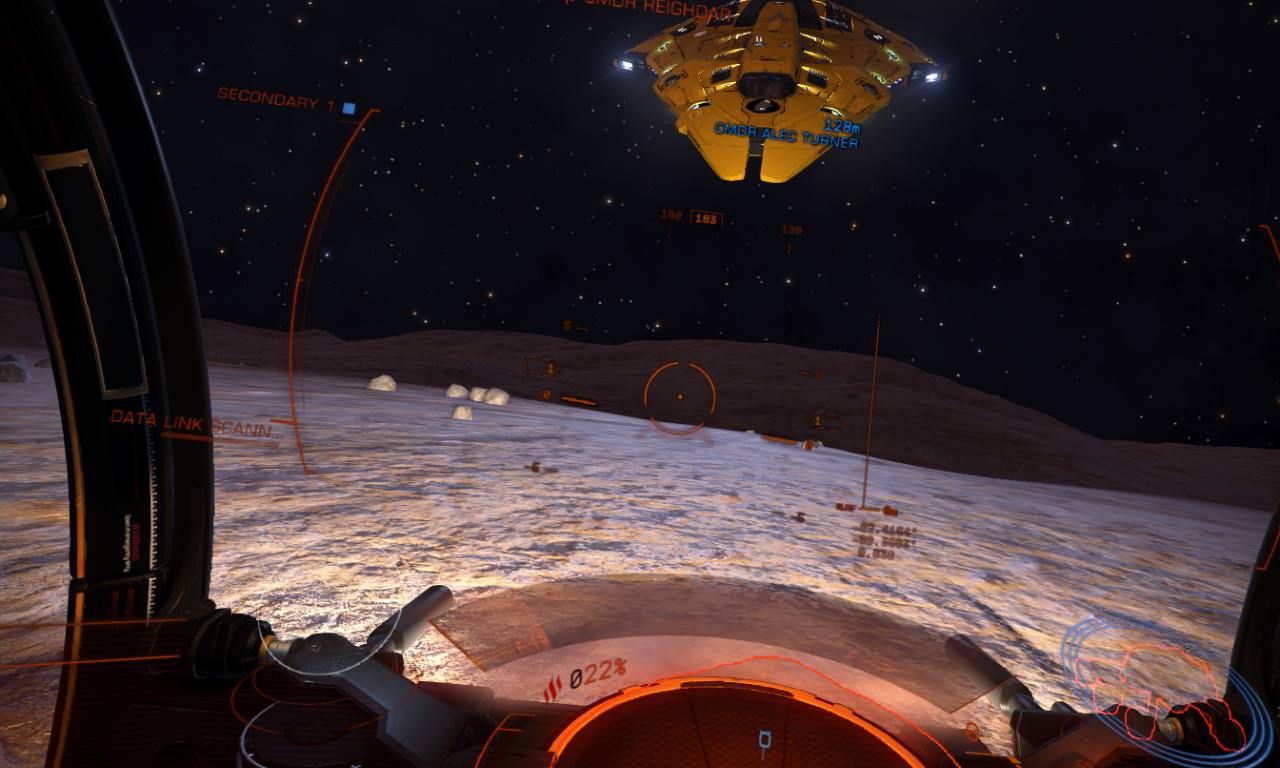 Non of my other pictures turned out

I've traversed about 20 degrees to the north, having gone way too far south from the antipodal point.

I'm figuring out how to navigate as I'm doing this trip, not having prepared or ever had to do anything more complicated than buy an airplane ticket before this to get around a planet before! It is educational and actually fun

Edit: I started a month ago! Wow.

Video of the dash to the crater is now up!

That was fun Ian and you'll be glad to know that, less than 12hrs later, I have a replacement stick. Three cheers for Argos!
Last edited: Oct 25, 2018

I'd blame T.j for the dodgy stick myself!

I have got a present for Alec. 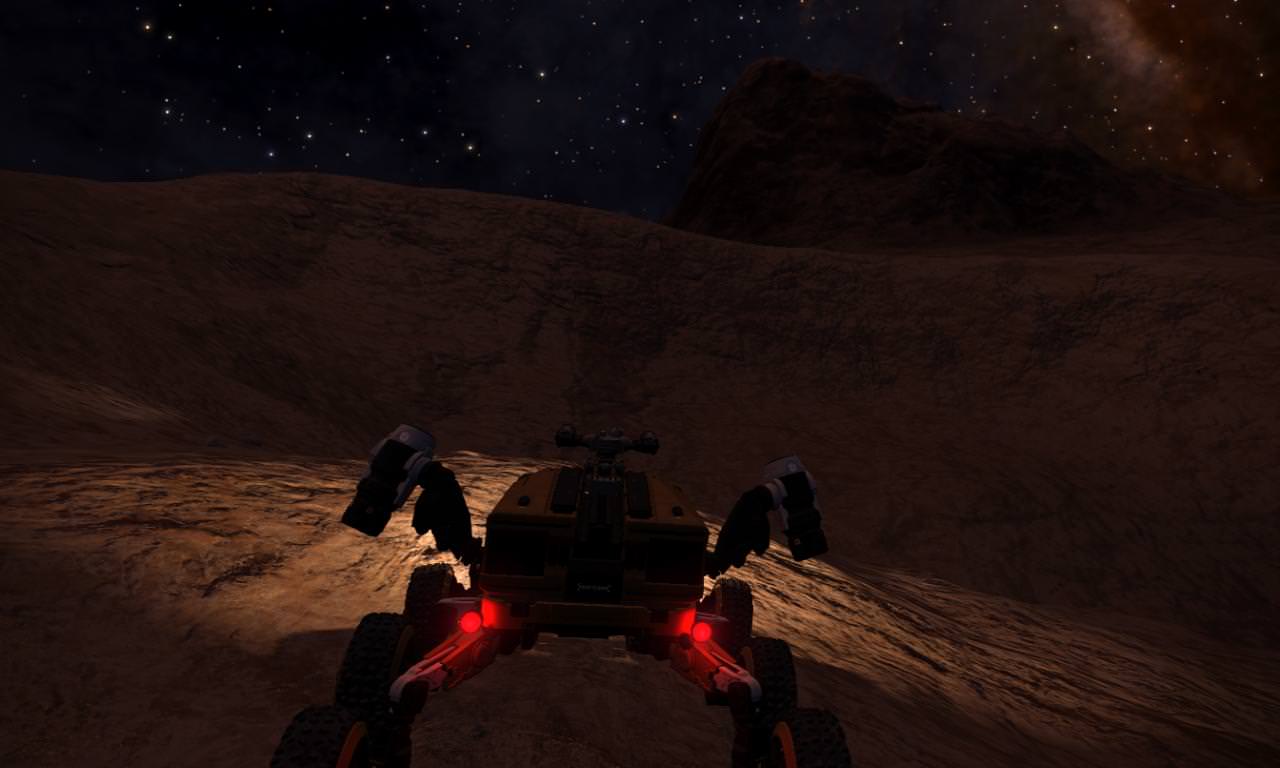 Ian Phillips said:
I have got a present for Alec.

Interesting, I might just come and take a look at that!

The black line is the great circle and the wiggly line is me?

It's getting lighter. I will probably stay here for a few hours and try to get another picture when there is even more light. 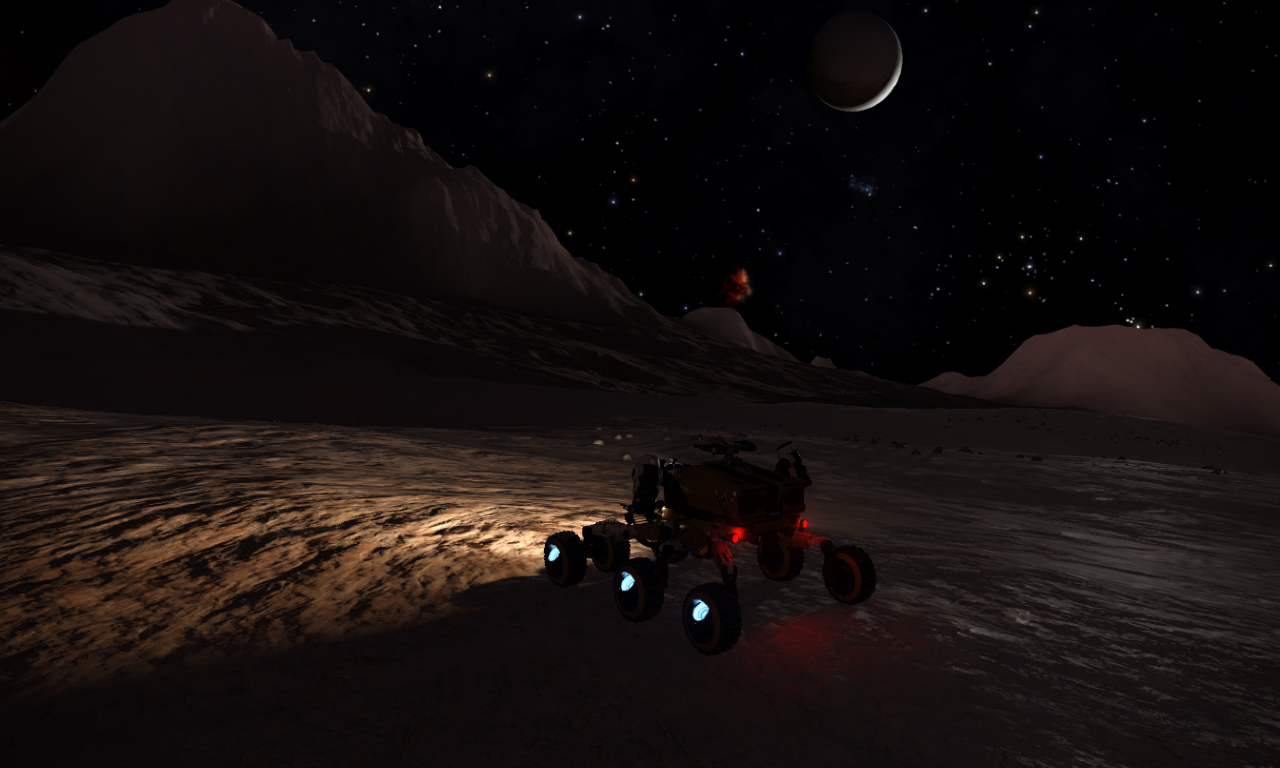 I have a decision to make.

This is my direction of travel.. 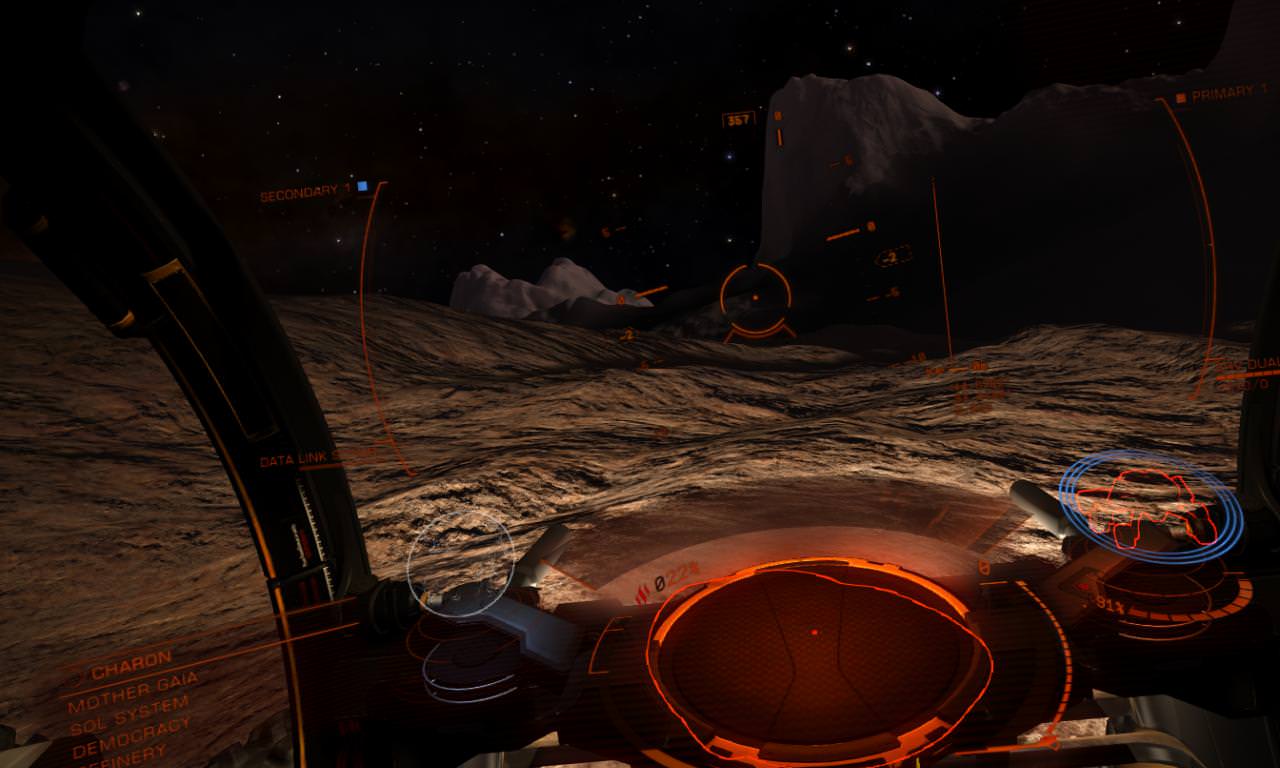 It's directly through the highest mountain range on the planet. I can either go round the range, which will mean a BIG diversion, or go straight on over. After passing this mountain it does look as if my route will be between two others, so this 'could' be the worst bit.

I've been driving in the shadow of the monster for some time (the mountain I pictured for Alec) and after my misadventures in previous mountains I'm apprehensive to say the least. I am definitely NOT going though the mountains in the dark! So, for the moment it's a wait and see game. If the light improves I think I'll risk the crossing. If it doesn't, I'll have to swallow the diversion and go around.
Last edited: Oct 27, 2018

Can you post your latest co-ordinates in case I decide to go for a look see tomorrow.

Really kicking myself for not checking the forums earlier - it seems both you and Jonas could have done with a bit of route scouting assistance today!

Can you get them from the picture above?

Well, I am right where I said I didn't want to be, in the mountains and in the dark

I started through the mountains thinking that as there was light it would be fine, as the 'day' is, I think, about 6 days long. How wrong I turned out to be. Soon I was driving in the shadow of the mountains as the light slowly also turned darker. Luckily I got past the first mountain without too much difficulty and have found myself on a relatively flat piece. Still surrounded by the dark silhouettes of mountains though. I can see as far as my SRV lights shine, no more that that. Sometimes I've come over an edge to fall a bit, and literally cannot see the bottom....

Stopped for the night. I am coming to really dislike driving in the dark!

Ian Phillips said:
I can see as far as my SRV lights shine, No more than that.
Click to expand...

I know exactly how you feel. I'm driving around Ariel and it is a dark place. I estimate I've been driving in the dark for 80% of the time now and I more or less got used to it. It's not too bad on the flat areas unless you end up in a canyon (which is easy enough with limited visibility) with mad bumpy floors where you get tossed around like a salad.

I might have to swing by at some point. I'm finally back in the bubble, after a 7-week exploration jaunt.

Alec Turner said:
Video of the dash to the crater is now up!
Click to expand...