Silaz said:
You could have had "smelly floundering federation fish folder" but stuck with "dog"?

Well I was just looking for info regarding where these new Guardian sites are located, the last time I went to visit a Guardian site there was less stuff to pick up and all you could do was scan for Obelisk data.

Trying to play catch up now that the game has finally matured enough to be more playable I feel more inclined to do more.
Click to expand...

“I will be more inventive next time

SkyB said:
Could be the image of one of those autonomous machines that were used for war.
Click to expand... One thing I noticed is the pictograms look a bit like a map of the structures from above.

BDelacroix said:
One thing I noticed is the pictograms look a bit like a map of the structures from above.
Click to expand...

Would you mind showing me your idea with some illustrations, that would be really helpful !

"When I first laid eyes on them I thought they were going to serve me tea but instead they opened fire. They didn't last long" GW on the Sentinels.

I am at Guardian site HD 63154 B 3 A and the Sentinels are not as stupid as you might think. In the many hours since I made my Emperors discovery, I have been to various guardian sites in this sector and have noticed that the sentinels are more like caretakers than defenders. If I drop my trash out the cargo scope, I come back a few hours later and its gone. Where has it gone? The only explanation is that the Sentinels are clearing it up.

Their hulls are strong but their weapons are weak. If I was going to do some gardening then I would choose the sentinels weapons. On a serious note, it makes me wonder if the sentinels we are now seeing at Guardian sites are in fact a smaller version of a much larger version that is located within this bunker complex I am investigating. New information seems to indicate that a as yet unseen class of Sentinal, which may be a Thargoid killing vessel. This is good for us as long as we stay out of its sensor range otherwise its hard points open, full power to weapons. The approximate size of the facility is 400 meters in length by 180 meters in depth, making this a very large facility, who knows what is hidden under the surface.

"The machine sounds alive, it pulses, it moans; sometimes I think it is trying to communicate with-me using a series of clicks but I have only just noticed this. I will earmark this phenomena for continuing further study." GW on the Guardian Machine

It has been 168 hours since my Emperor's hand guided me to the first discovery. My great lady has helped me a great deal by supplying me with customized meta-tronic optical equipment so has I may continue my research, unhindered, without the interference I was getting with the inferior federation equipment. On a side note: In all my years as a explorer I have never had any trouble with Imperial mac software and hardware but as soon as I get the latest federation windows nothing works, nothings compatible, blue screen of death is my best friend.

Fortunately my computers are back to Imperial standard, all federation Malware has been removed, efficiency is up by an amazing 75% since I moved the five thousand images I had on my desktop to a single folder. Footnote: It was a Invincible Imperial folder rather than an floundering federation dog folder.

My immortal emperor has guided the hand of fortune to shine upon me and has shown me the light and this is what I bring to my fellow explorer, federation rag or otherwise. My wise and godlike emperor has sanctioned me to bestow the knowledge for the good of the galaxy in the war against the Thargoids. Even though we all have our differences we are all human and just like family we all stick together in the face of adversary.

I have tried to present the new data in a non bias way as possible. I do not believe that I am as yet qualified to make to call to decide what these images are, but if you do then please show me with your own illustrations, it would be most helpful for my own research.

Cmdr. GeneralWasted
Imperial Commander of the Imperial Navy
Chief Scientist for Imperial Research into Ancient Civilizations both Thargoid, Guardian and Other. (IRACTGO)

Inside Bunker Line Drawing of Pictogram On Top of Bunker at Position A Original Unedited Image

On Top of Bunker at Position A Illustrated Image

On Top of Bunker at Position A Line Drawing Image

Back of Bunker at Position B Showing Unedited, Illustrated and Line Drawn Images its schematics for a ship and thrusters.

Alas this hasn't gone any further. Perhaps with Legs, there is more to discover ..... 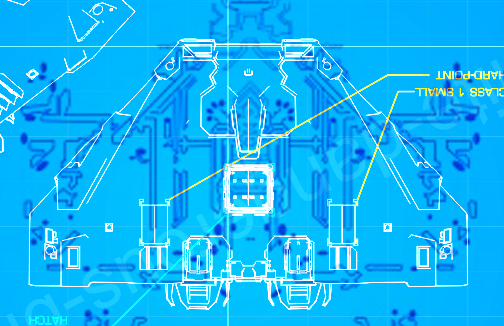 I think it resembles the beacons they have in space. They were supposedly obsessed with burial practices and such. I think the image overlaid on one of the beacons may show us vaguely what they looked like or how their beacons work. Once the beacon opens and spreads out it looks similar to the diagram presented in their base layout. Am I totally off?

CMDR Zulu said:
I think it resembles the beacons they have in space. They were supposedly obsessed with burial practices and such. I think the image overlaid on one of the beacons may show us vaguely what they looked like or how their beacons work. Once the beacon opens and spreads out it looks similar to the diagram presented in their base layout. Am I totally off?
Click to expand...

I will go check it out

One could go to the Guardian site type Alpha and stare to the aerial hi-res picture of Cluster A,
to check if there are any similarities.
Last edited: Nov 16, 2019