Though I'd try a little high altitude practise the Asp Scout... not so slow now! 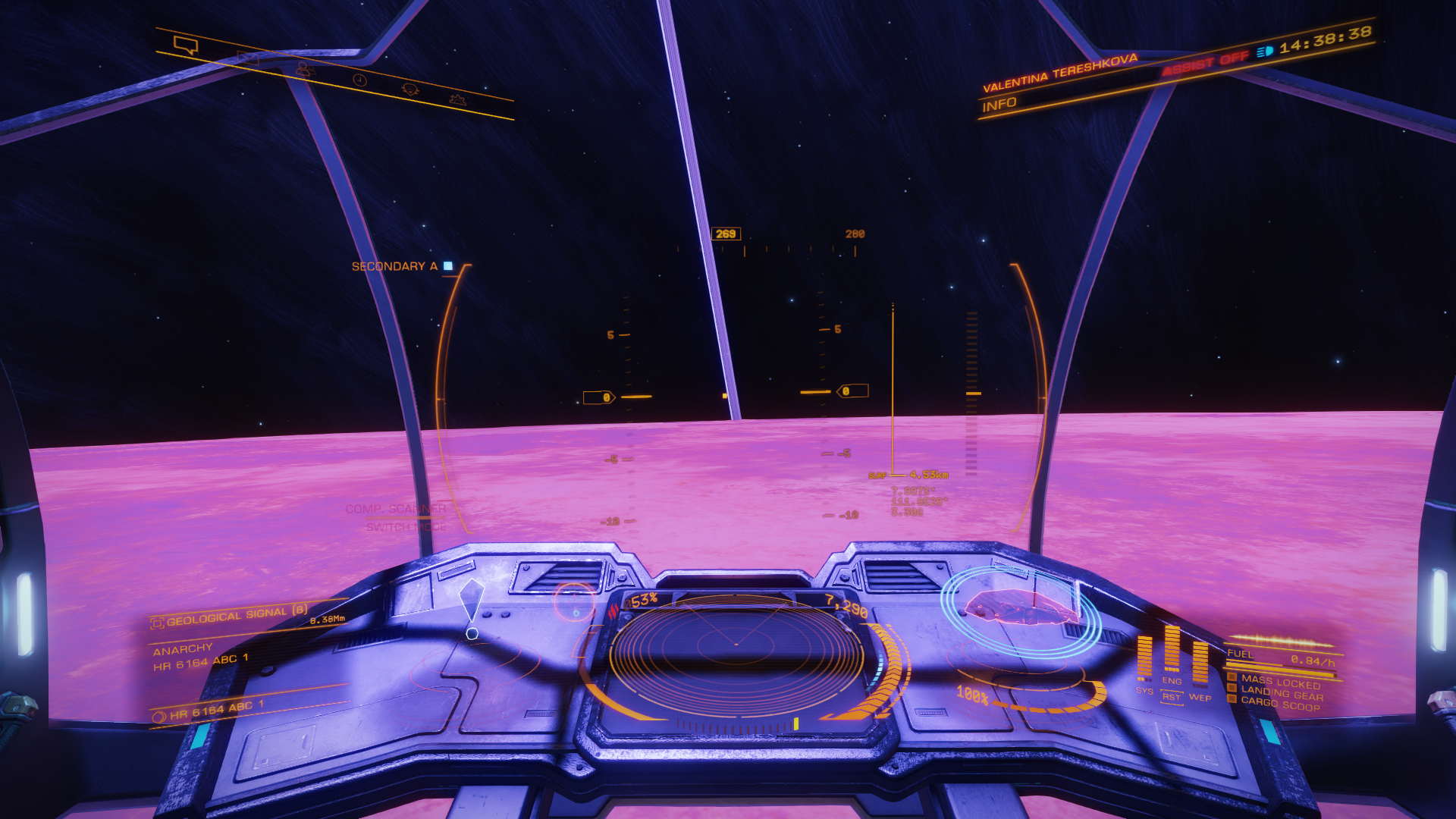 Gauntlet said:
Though I'd try a little high altitude practise the Asp Scout... not so slow now!

You appear to have overshot the finish line by 8000 kilometres!

Alec Turner said:
You appear to have overshot the finish line by 8000 kilometres!
Click to expand...

Might as well go round once more and hit it on your second lap.

Well I think I am getting a little better. I managed to level off at 3500 m/s and 2km but was hopelessly far from my target lol.

Well switched to hauler and have to say it is a little more stable. Got within 3km of target at 3100 m/s and did not crash. This gives some hope. My only major goal here is to actually enter a valid run. This will be a moral victory if I can do this and I am most cool with that aim. Now I have actually managed to fly down at speeds between stupid and insane, I must bow my head in respect to any that do it. You are of course hopelessly insane, which then makes me question my own sanity. Oh well.

Fish172 said:
Well switched to hauler and have to say it is a little more stable.
Click to expand...

There is a reason the Hauler is the original Speedbowl ship, back from 3304. And if you're within 3km of the target already, you will be able to post a valid run, I can promise you that right now!


In the meantime, my own demonstration run is pretty much just as off-target, but it will still make for a good video! 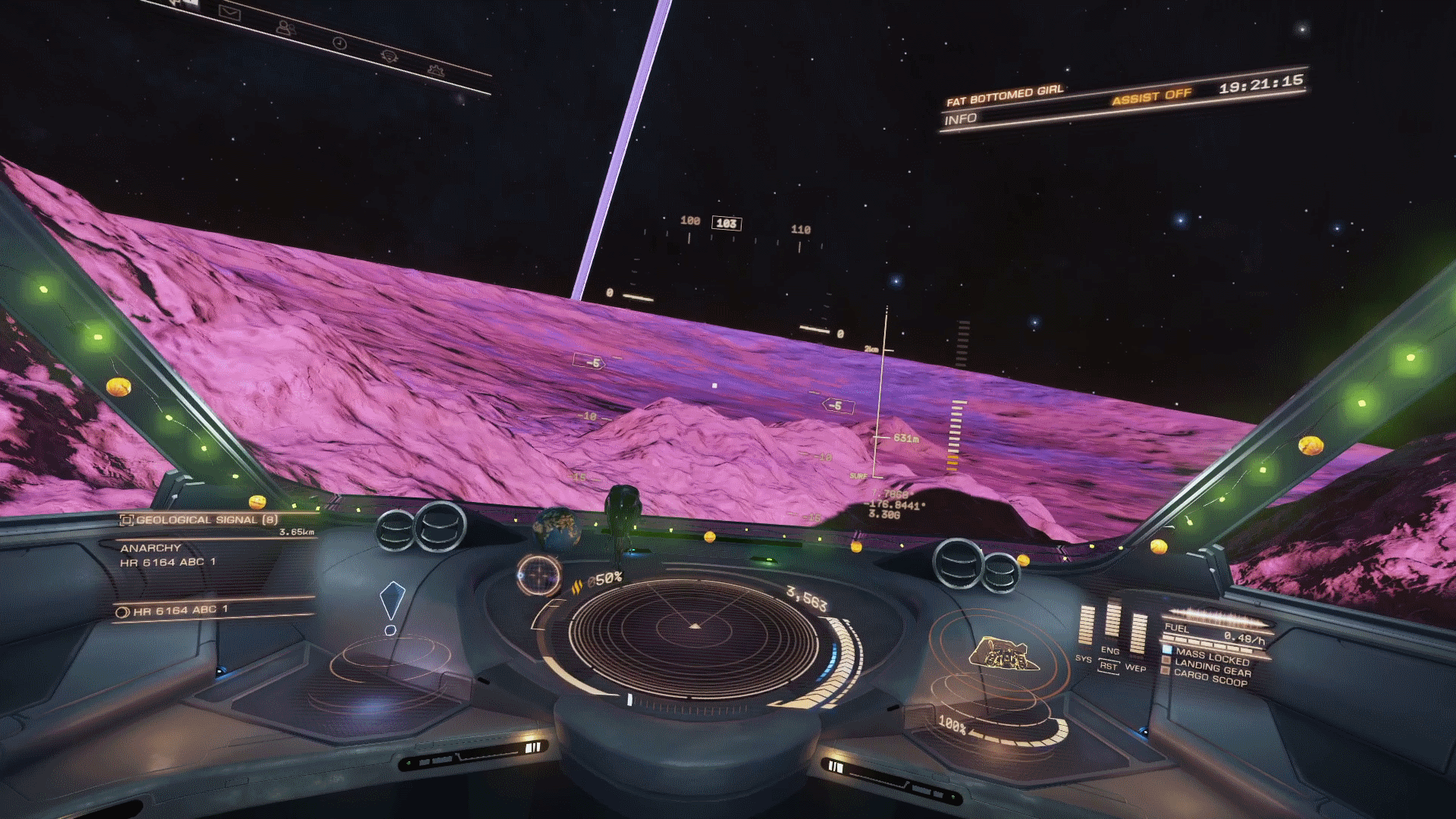 Updated the OP with a short on-site tutorial:

This was not pretty when I stopped
Still I am actually getting the hang of it a bit now.

Fish172 said:
This was not pretty when I stopped
Click to expand...

See, that’s the benefit of using a Courier. You don’t die to the crash

Tell my Courier that

Can't see how close to the target that was, but everything else looks pretty good. With good engines and a focused power distributor you might even save that one!

I am assuming this is near to what is required...think I am almost ready for my first speedbowl race.....oh and I did pull up and survive just fine.


and here is the little git

Ok I have now figured out what to do..will be here for the races. Thanks for the tips and hints everyone. Now where did I leave that Cutter.

That looks good, just a bit to the left. But you've got the hang of it.

Also, here's a shot by @Aken Bosch from his training runs. Competition will be tight! 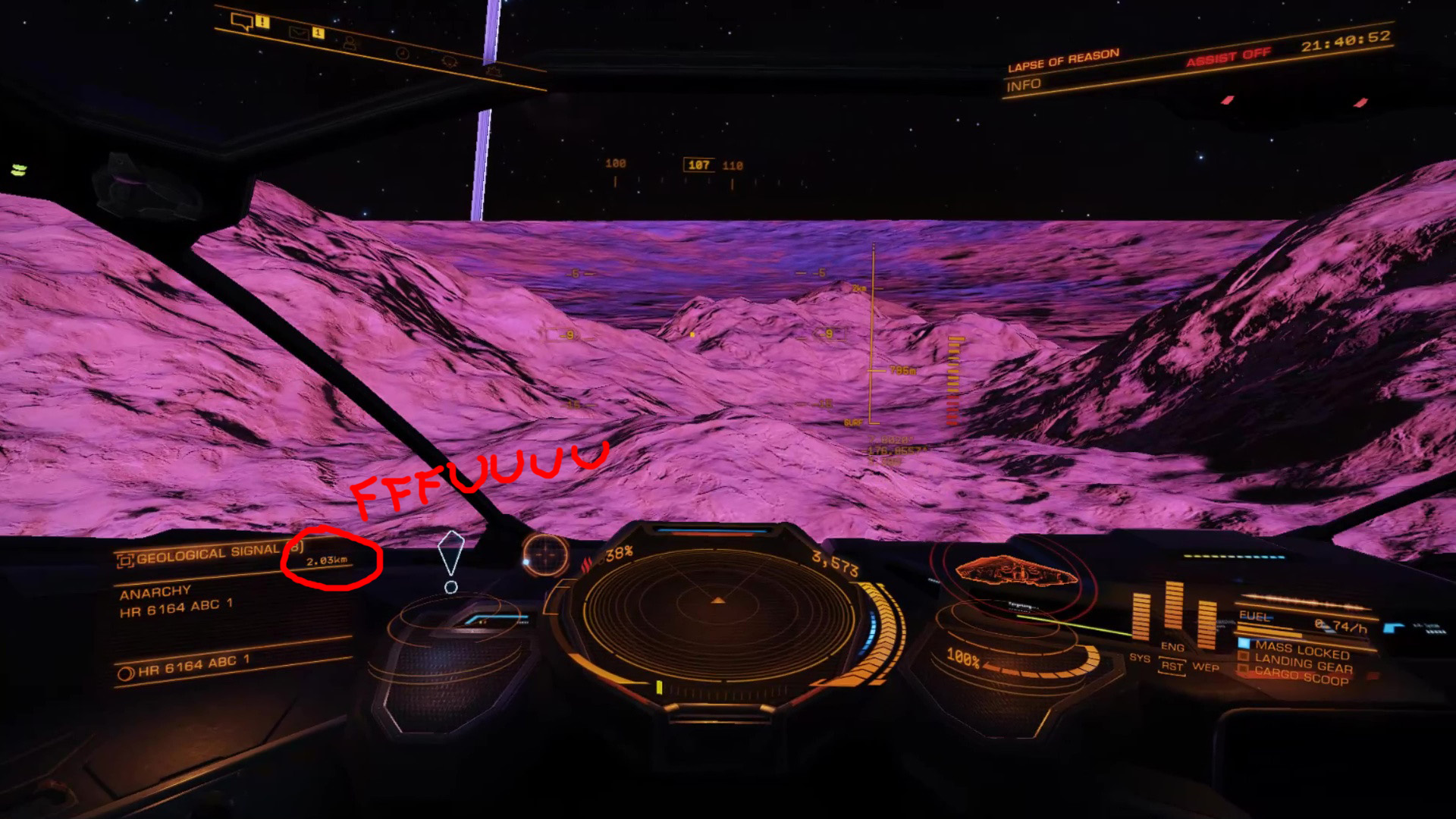 PrimetimeCasual said:
Now go spread your ship along the surface!
Click to expand...

PrimetimeCasual said:
That looks good, just a bit to the left. But you've got the hang of it.

Also, here's a shot by @Aken Bosch from his training runs. Competition will be tight!

Intent to do better than coming 30 meters short of target on 21/22 Nov!

And of course, I had to go and do a proper run myself, just to see how hard it actually is.

I think getting a valid run in is much easier than the previous instalments - but finding every last m/s of speed in that run, that will be the hard part! 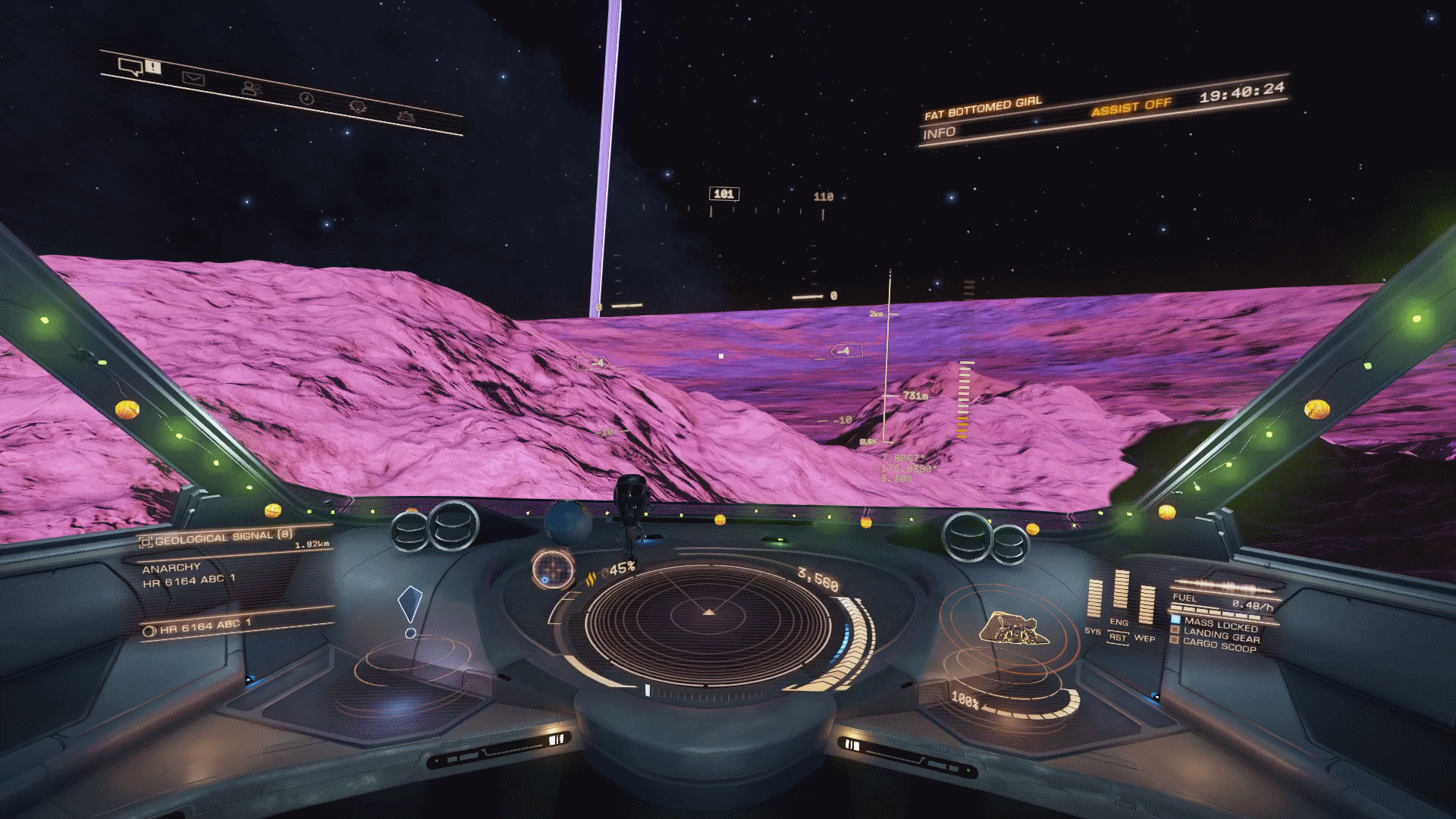 My very first attempt, nothing record breaking but more or less a success - except I think that Cobra bobblehead's gonna have to go! 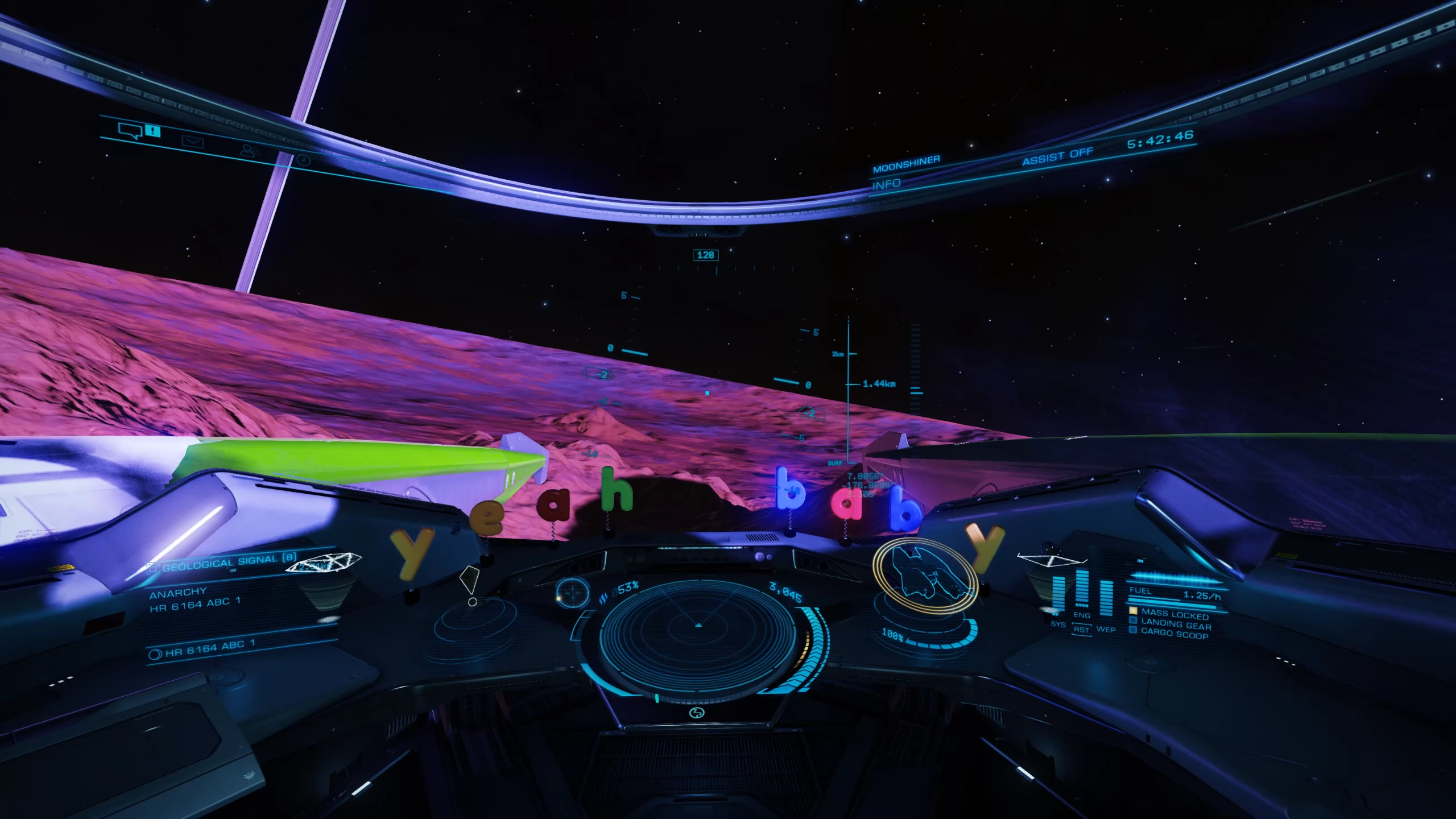 However, a word of warning to all Speedbowlers. Make sure the Lithobrake is the last carrier you land at before you go out on a run!
Alas I lost the Mamba to gravity while not paying attention (I was Alt-tabbed getting the above screenshot). Anyway, it seems the last carrier I visited in the system wasn't the Lithobrake (I blame @PrimetimeCasual for not having Universal Cartographics on board) and the one I had been to had decided to move. 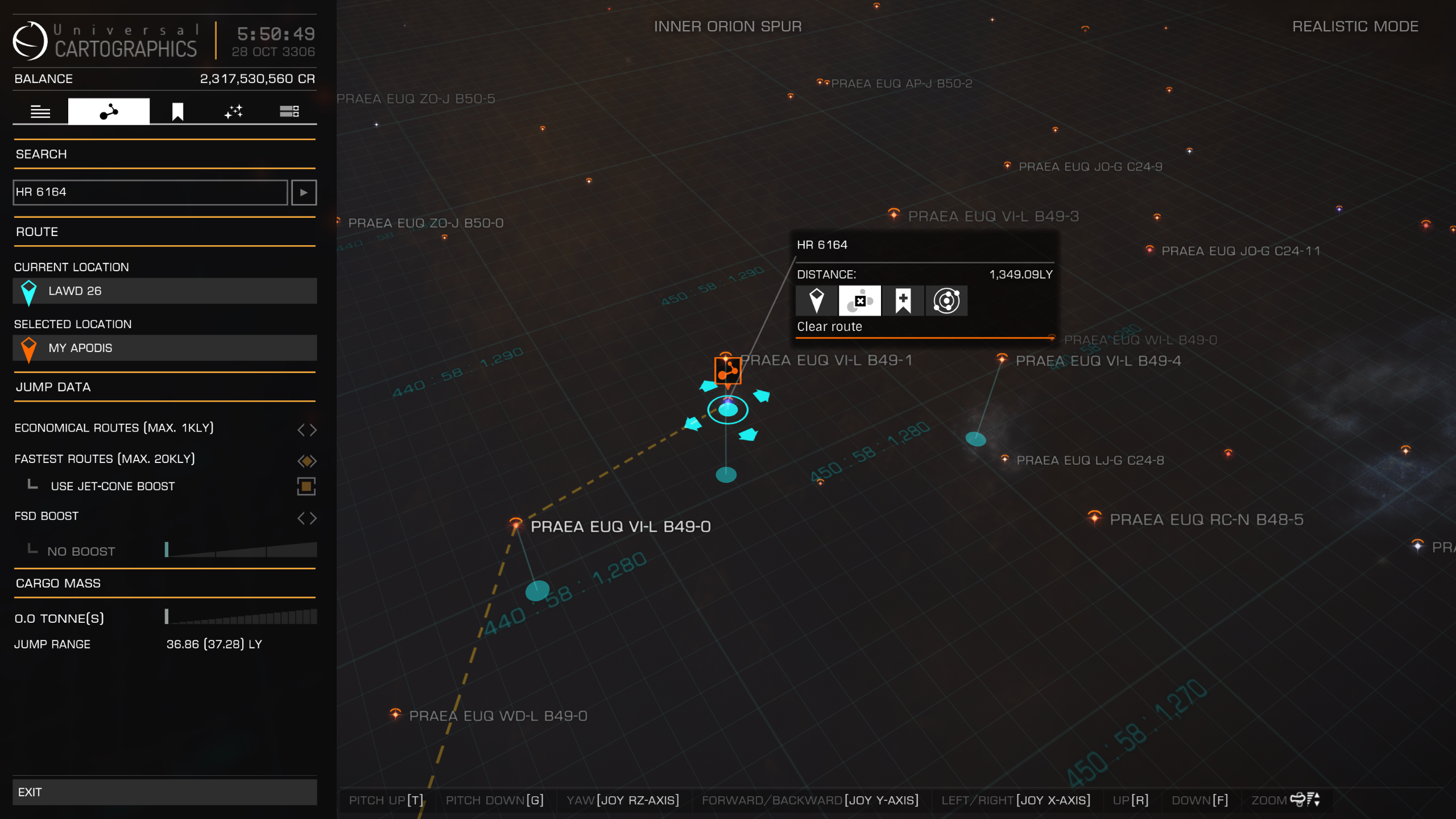 Alec Turner said:
... and the one I had been to had decided to move.